I Hate to Admit It, but Prison Is a Blessing in Disguise.

Jy’Aire Smith-Pennick suffered multiple traumas before age 18. He masked his pain with Percocet, weed and drug-selling. Now, at a Pennsylvania prison with the right programs, he’s finally starting to heal. 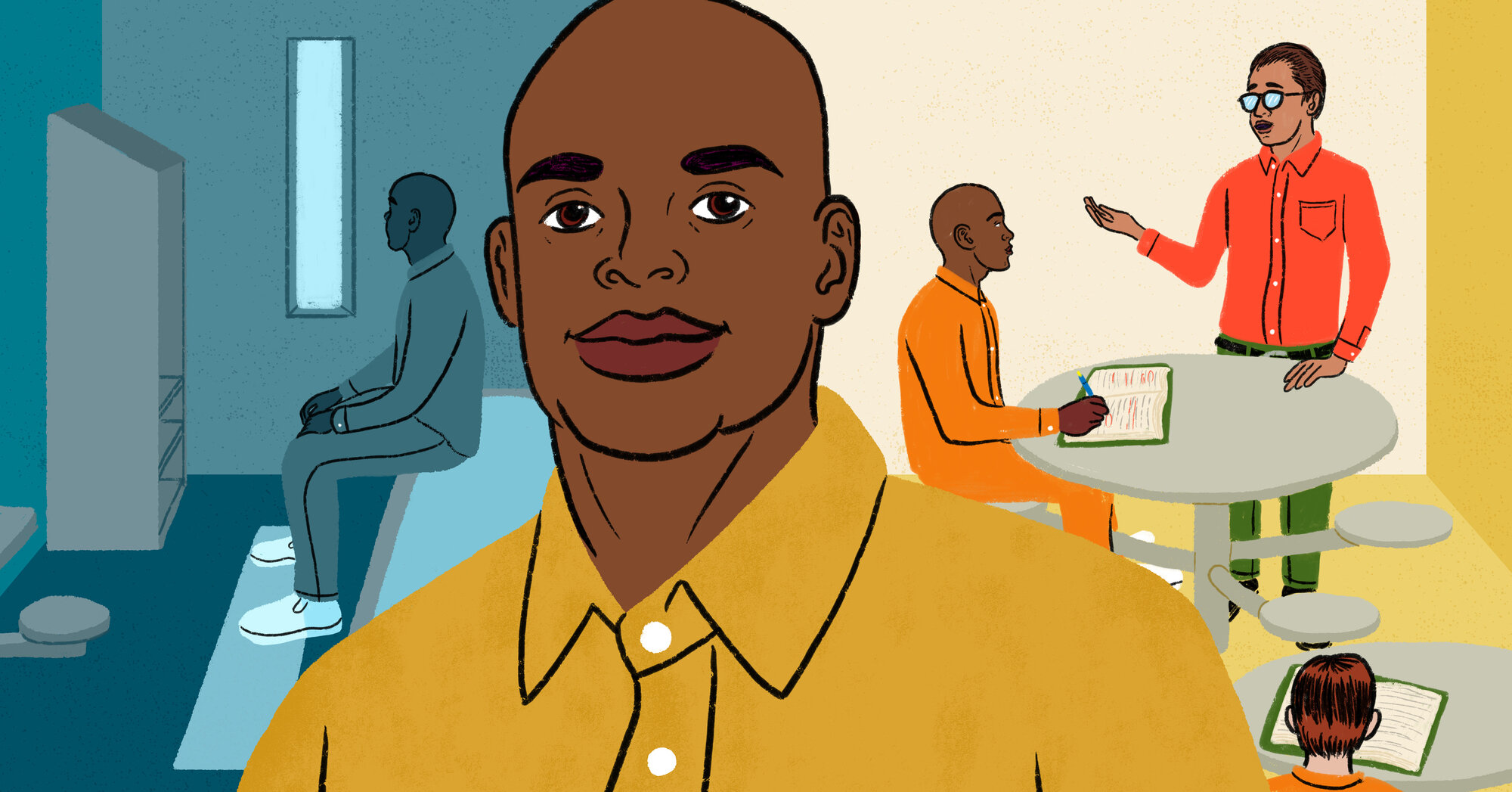 Daniel Fishel for The Marshall Project
By Jy'Aire Smith-Pennick
Perspectives from those who work and live in the criminal justice system. Sign up to receive "Life Inside" emailed to you every week.

As much as I hate to admit it, prison has been a blessing in disguise for me. Before my incarceration, my life consisted of drug dealing, drug using, carrying a gun and running from the police. It was like I was dodging bullets while chasing death.

When you come to prison, two things can transpire: You can either become a better human being or you can become a better criminal. For my first two or three years inside, it was the latter for me. My sole purpose was to network with drug dealers from out of town, figure out how much they were paying for their dope, and undercut their supplier by offering them a significantly lower price. If I was successful, I could expand throughout the state.

Eventually, I became mentally and emotionally fatigued. I went to prison in 2014 as an angry 18-year-old, sentenced to four years for a probation violation. I became sad when, eight months later, I received three more years for an ammunition charge. I was shaken to my core 18 months later when a grand jury indicted me for murder. I pleaded guilty, and on October 27, 2017 I was sentenced to 20 years. I was numb at first, but that night, in my cell, my mind fully registered that I had a total of 27 years. The voices in my head were relentless: “27 years! 27 years! 27 years!”

Between the severity of my situation and being betrayed by the friends I once ran the streets with, I was finally ready to look in the mirror. The person looking back at me was half man, half menace, the bullied turned bully.

I know now that I ended up in prison because I never addressed my underlying issues — fear of abandonment, lack of trust in others, social anxiety, anger, PTSD and depression.

I had never healed from taking my mother off life support when I was 14. Her organs failed at age 40 due to the sickle cell anemia she was born with and the AIDS virus she contracted from a blood transfusion, but I felt like I killed her because she’d always told me that if anything happened to her, I shouldn’t pull the plug.

These events took a tremendous toll on me, and I never properly grieved. I came home from jail with a chip on my shoulder and indulged myself in Percocet and weed. Drugs helped mask the pain.

Have you ever heard the expression, “You take you wherever you go”? I believe this is true, but I also believe that people, places and things matter. After spending three years at Sussex Correctional Institution in Delaware, I requested and was granted an interstate transfer to SCI-Chester in Pennsylvania. That move jump-started my healing.

At Chester, I received drug and trauma treatment. And I noticed early on that the interaction between the guards and the men housed here is very different. Staff in Delaware had refused to interact with the men in a civil manner. Their motto was control and confrontation. At SCI-Chester, a lower-level facility, we speak and laugh with one another. Some of us even shake hands. I think the interaction here is different because most of the guards come from where we come from. They can relate to our problems and know that they could have easily ended up where we are.

This prison also offers a wide variety of programs. I’ve been able to earn a traffic management certification, and, through the Certified Peer Specialist (CPS) program, I’ve learned to support men who are facing mental health problems, drug abuse and other issues. Peers can call on me 24/7, and I have access to the whole prison, including the Restricted Housing Unit and the infirmary.

In addition, SCI-Chester’s education department is a lot more hands-on. We get to interact with our teachers more, and we even have a principal who helps facilitate our learning. I feel like the educators really want us to succeed, and sometimes that makes all the difference.

I’ve been able to earn college credits through Widener University. And the Inside-Out Prison Exchange Program here has allowed me to take Swarthmore College courses. Sitting in a classroom with professors and students is scary, humbling and exciting. It has changed my life.

I would have to be a fool to not take advantage of these life-changing opportunities. And that's what it all boils down to — opportunity. To truly change, I had to alter my way of thinking. But without opportunities, I would be a person with a good head on his shoulders in the same position.

Sending someone to a prison without quality programs, mental health resources and opportunities to build skills is like putting a child on punishment without giving them an explanation. When you let that child off of punishment, they will do the same thing because you didn’t give them the tools they needed to correct their behavior. So you punish them again.

Of course, I would rather be home, but SCI-Chester has given me the skills, tools and resources necessary to be successful upon my release. That’s why I consider it a blessing in disguise. Who knew a flower could grow from the concrete?

Jy’Aire Smith-Pennick, 25, is originally from Wilmington, Delaware. He is working toward becoming a certified personal trainer. During the pandemic, he took a writing course with Widener University and discovered he had a gift. His work has appeared in the Kitty Knight House in Germany. Follow him on Instagram at @FREE_JYAIRE_SMITH.