Small Towns Used To See Prisons as a Boon. Now, Many Don’t Want Them.

In its search for a new prison’s home, Nebraska finds few places willing to host. 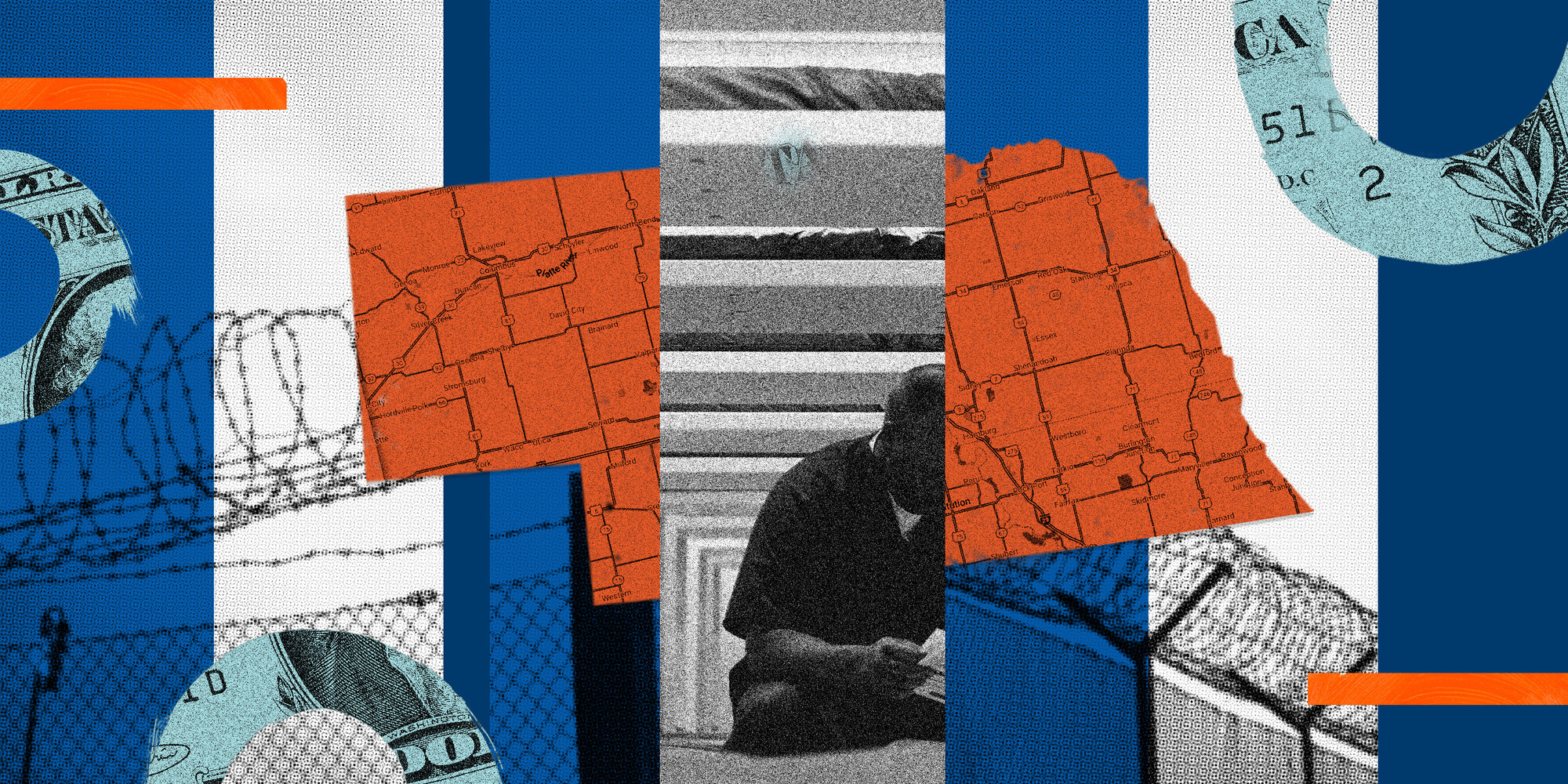 In 1998, hundreds of excited Nebraskans packed into the high school gymnasium in Tecumseh to voice their support for a new business in town: a state-of-the-art maximum-security prison.

Officials eagerly anticipated hundreds of jobs, a boom in population and a surge in local business investment. One resident likened it to qualifying for the Orange Bowl, and The Omaha World-Herald described the windfall that the lockup would bring as a "lottery jackpot" for the 1,700-person town.

More than two decades later, those promises ring hollow in Tecumseh, where the 960-bed facility has become more burden than boon, adding to the city’s court costs while doing little to help the town’s economy grow. Other communities have taken note. Now, as Nebraska officials buck the national trend of closing prisons and seek to erect a new mixed-security facility, they're finding few takers.

“The last time we had a new prison … multiple towns put in bids for it,” said Doug Koebernick, the inspector general whose office provides accountability and independent oversight of Nebraska prisons. “But not this time. I think there are a few reasons for that, including the realization that it isn't really an economic development driver.”

The proposed 1,500-bed facility would be the state’s biggest and would need around 460 workers to run it.

Richard Grauerholz, the mayor of Ashland, was approached last year about the possibility of hosting a prison. He said people in his 2,500-person town prefer to work in metro areas. Omaha and Lincoln, the state’s biggest cities, are both about a 30-minute drive away.

“There’s not a big labor pool here,” he said. “And I have talked to people in Tecumseh.” 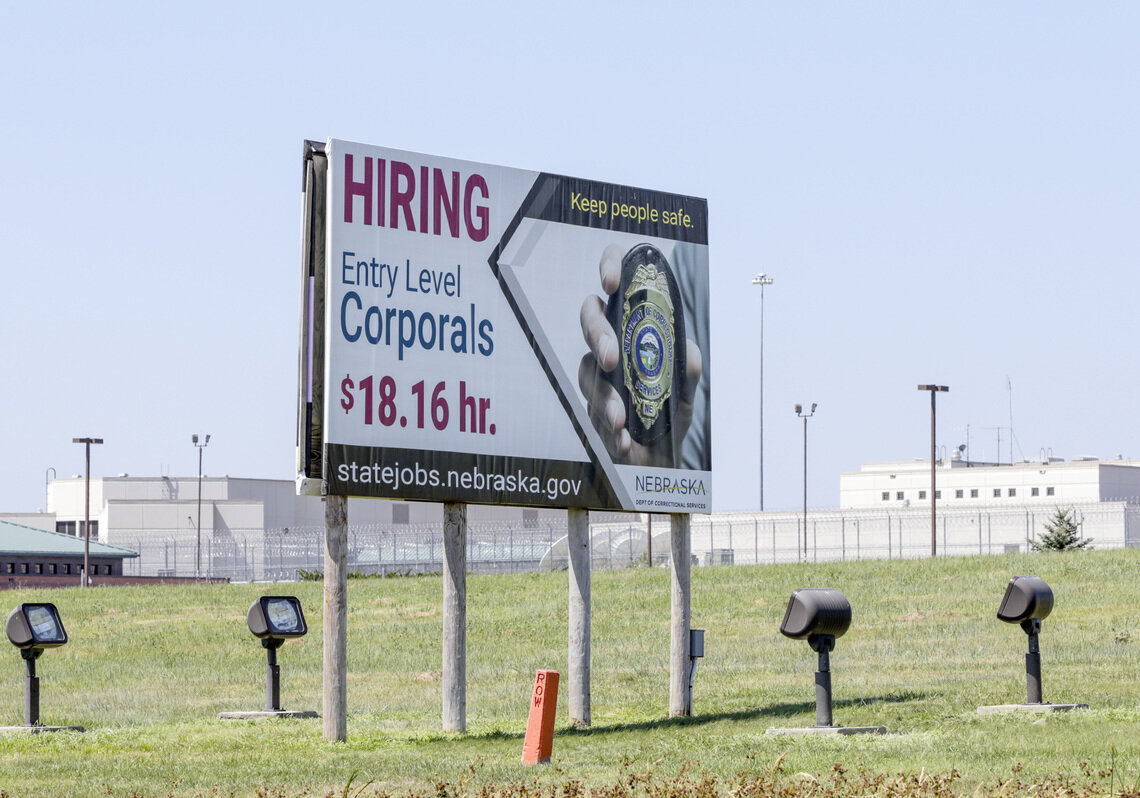 Officials in Waverly and Wahoo, other towns along the Omaha-Lincoln corridor, told local media last year that they’d been approached about hosting the new $230 million prison, too, but weren’t interested. It’s not clear whether the prison system has found any interested towns.

“Given that the proposal is still in its very preliminary stages,” a state Department of Correctional Services spokeswoman said, “it is not appropriate for us to speculate about who is or is not interested at this time.” The director of the state prison system declined an interview request.

When I was in prison 10 years ago for a drug charge in upstate New York, we never thought about whether the locals wanted us there. All we knew was that we were in a small town far from where most of us lived and far from our families. We never talked about whether those aging prisons in rural New York helped the towns that hosted them — but from our drives by on the prison bus, it sure didn’t look like it. It wasn't until later that I realized that while it’s better for many prisoners to remain near cities, where they can maintain the relationships they’ll need to succeed on the outside, those aren’t the places where constructing a prison looks good for economic development. Looking good, though, isn't the same as helping.

Decades ago, when prisons started proliferating in rural America, correctional facilities were seen not as economic boons but as undesirable neighbors. New lockups raised concerns about escapees and plummeting property values, and sparked old-fashioned NIMBYism. But by the mid-1980s that began to change, as people realized that prisons meant stable government jobs.

“What was once a decidedly undesirable enterprise has now become the focus of hot competition among communities looking to stimulate the local economy,” Lindenwood University political science professor Jeanie Thies wrote in a 1998 paper. One town in Illinois even went so far as to write and sing a song — “Is We or Is We Isn't Gonna Get Ourselves a Prison?” — as a plea to the state’s site selection committee.

Since then, studies have shown that prisons are not the jackpots once promised. In 2003, The Sentencing Project, which advocates shorter prison sentences, found that new lockups don’t necessarily help local economies, and rural counties that built prisons followed a similar economic trajectory as those that didn’t.

“Prisons did very little for the local economy, because unlike with other kinds of employment, where there are linkages with other businesses in the area, prisons didn’t buy things locally,” Thomas Johnson, a retired University of Missouri professor who studied prison towns, told me. “People were disappointed generally because they didn’t bring the jobs — and the jobs they did bring were mostly not the kinds of jobs people in the area wanted anyway.”

It seems that was true in Tecumseh. But there were other, unexpected downsides. The county was forced to pay for incarcerated people’s autopsies, grand juries to investigate deaths at the prison, defense lawyers for people accused of committing new crimes behind bars and the expensive prosecutions stemming from a 2017 prison riot that left one man dead.

“At the time, they said there would be no additional costs to the county or town due to the prison,” said Ted Evans, a commissioner in Johnson County, which is home to Tecumseh, referring to state officials. “Obviously, either they didn’t tell us the truth, or they didn’t realize the cost.” 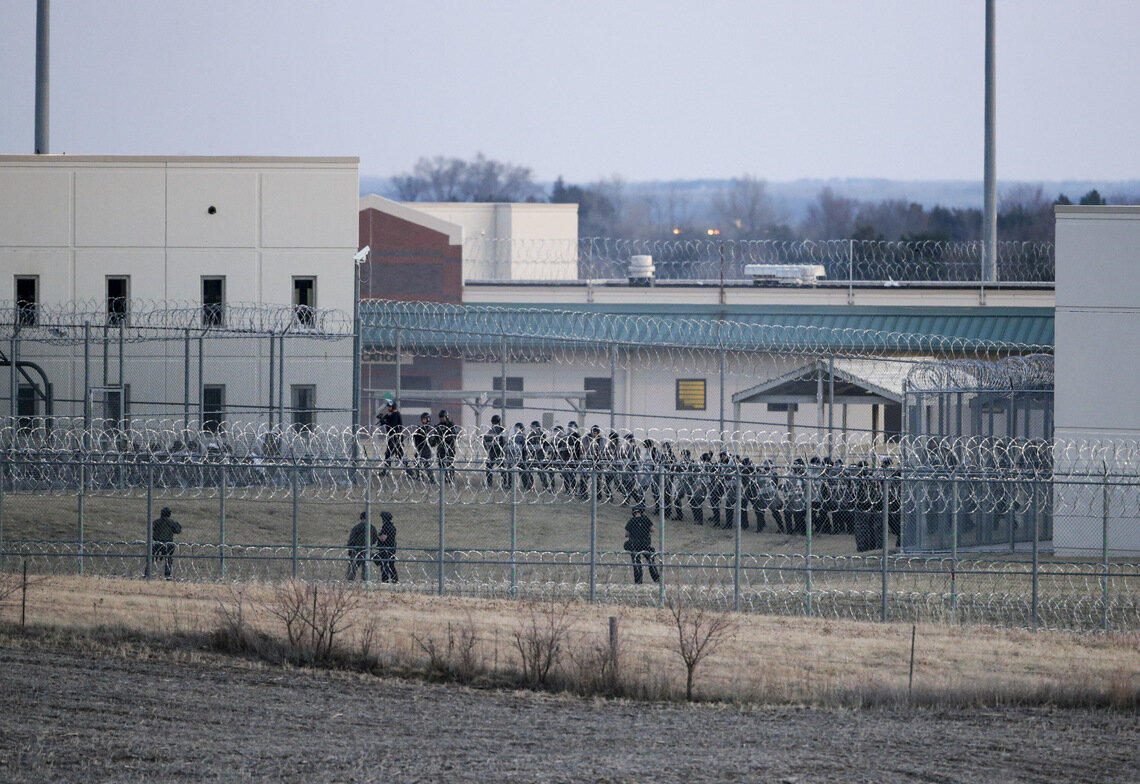 Security forces in riot gear amassed to confront dozens of incarcerated people who refused to return to their cells at Tecumseh State Correctional Institution in 2017.

The lockup boosted some businesses along Highway 50, he said, but it hasn’t spurred growth. Many of the prison workers commute instead of moving to town, and the population now is actually less than it was two decades ago.

Last year, in testimony to a state legislative committee, Department of Correctional Services Director Scott Frakes admitted that the Tecumseh site didn’t work out as expected.

“Tecumseh's problem in the beginning was unfortunately just no one to draw from,” he said, referring to staffing challenges, “and that mistaken belief that was repeated across the country that if you build a prison near a little community, it will expand the economy.”

That “mistaken belief” has played out throughout the country. What’s unique now is the way that Nebraska is so publicly considering bucking that trend.

In an era of declining incarceration rates, most places aren’t having a conversation about whether to build a new prison; Texas, Florida, California, New York and Connecticut all announced prison closure plans over the past year.

In Nebraska, the prison population has increased by more than 25% over the past 15 years, driven in part by longer sentences and an increase in recidivism. By the end of last year, the state’s lockups were stuffed to more than 150% capacity — but state officials still seem cautious about the huge new expense.

"Money is always a concern,” said Rep. John Stinner, the Republican who chairs the state’s Appropriations Committee. “When you’re building something that’s going to last 50 to 100 years, you just want to make sure that you have all the facts and consider all of the other alternatives.”

In recent months, it seems that plan has changed. While the new prison was originally pitched as a way to add several hundred more beds and relieve overcrowding, a report this spring billed it as a replacement for the aging Nebraska State Penitentiary in Lincoln, which is smaller and in need of nearly $200 million in repairs.

In March, Stinner’s committee voted to set aside about half the money required to build the new facility – though they didn’t actually appropriate it, so it can’t be spent. For now, they’re asking for a study about how to lower the prison population by decreasing recidivism, even as the agency is asking for design bids for the new facility. Proposals are due June 21 – but they’ll still have to find a Nebraska community willing to welcome a potentially expensive new neighbor.