I Was Sentenced to Life as a Juvenile. Now I Help Kids Build Brighter Futures.

Imprisoned for 25 years, Fred Weatherspoon was shocked to return to a Chicago he didn’t recognize. He found belonging in an unexpected way — working with vulnerable young people and their families. 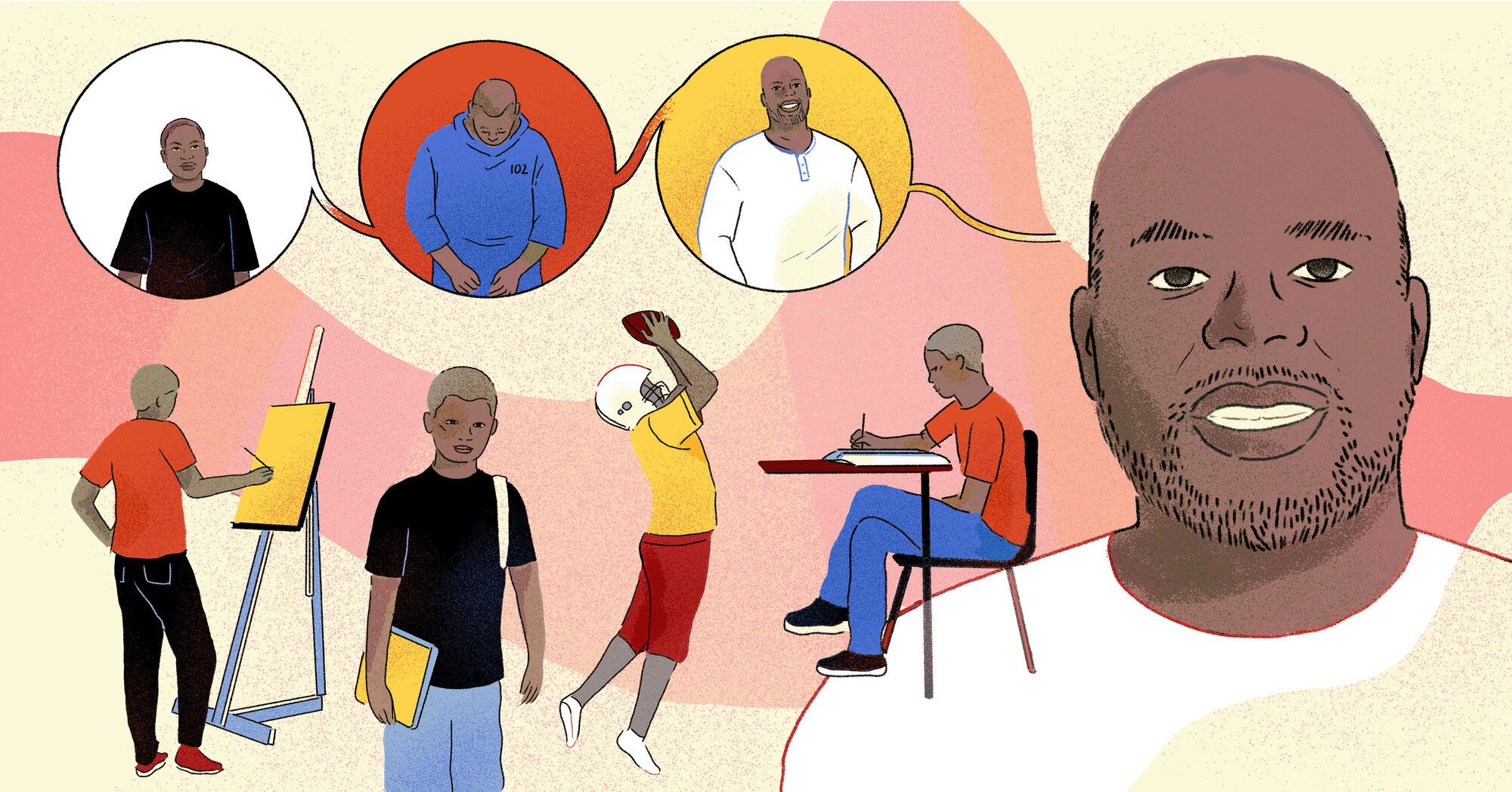 Ana Galvañ for The Marshall Project
By Fred Weatherspoon as told by Lakeidra Chavis
Perspectives from those who work and live in the criminal justice system. Sign up to receive "Life Inside" emailed to you every week.

I never expected to work with youth.

Growing up, I did well in school. I was a huge baseball fan, particularly of the Chicago Cubs. But by age 17, I was entrenched in street life and hustling. I was arrested for a double murder and kidnapping, and sentenced to natural life plus 30 years at the age of 17. I took a plea deal, but either way, I expected to spend most of my life behind bars.

I served 20 of those years at Menard Correctional Center in southern Illinois. It’s a maximum security prison right on the banks of the Mississippi River near the Missouri border. One of the things about being in prison is that you’re constantly seeing new people coming in. I kept seeing younger and younger people on the inside. We’d have conversations, and I’d realize their lives were one long, trauma-fueled ride — from the moment they were born, until they landed in the Illinois Department of Corrections. I spent years listening to these stories.

Eventually, I was able to successfully appeal my case. I was released in 2018 at age 42, after doing a total of 25 years. I returned to Chicago with fresh eyes. I had limited communication with my family while incarcerated, so I was surprised to get out and see the emotional, mental and financial state they were in. One of my uncles, who I considered a father figure, had become a heavy drinker. He lost almost all of his property. Another family member had been studying to become a priest. He was a vibrant man; now he’s in a nursing home. This was the first generation of kids after my grandparents migrated from a small town in Mississippi to Chicago. They were hungry and ambitious people. So to see the state they were in when I got out was hurtful.

I was pressed for finances after my release and took a construction job. About a year after I was released, a lady I met in prison invited me to an event where I found out about mentoring kids at a local nonprofit. The youth we serve are anywhere from 12 to 24, and come from one of the most impoverished communities in the city.

But the job wasn’t what I expected. I thought I’d come in and speak to a bunch of youth about my experiences, and they’d learn from that and do different things. I was so naive.

I realized this a few different ways. We give the kids in our program a ride home at the end of the day. When I first started, there was one kid in particular who lived just around the corner from the center. A few months later, his family moved, so I started taking him to a home about four miles south, and then to a place even further, 20 minutes away. In the process of talking with him, I talked to his parents, too. His mom told me about her struggles and how life circumstances just drowned her. I realized that these issues aren’t just the kids’ alone. These are family issues and trauma runs deep, and it comes in all shapes and sizes. I had been thinking I had all the answers. I pretty quickly realized that approach wasn’t going to work because helping them wasn’t about me. I just needed to be there and listen — for what was being said, and what was not being said. It’s about building relationships. It took me a long time to build rapport with the kids.

Some of the kids I work with remind me of myself. I was entrepreneurial as a kid, but my thing was selling drugs. There’s a kid here that sells wristbands. He’s just so good at it and so ambitious. The kids we take care of are on track to live decent lives. They’re getting to the point where they can make real choices in their lives. We just need to help them get beyond these teenage years.

But I worry that they don’t understand that what happened to me — and other people in our community — can happen to them. I worry about how much they’re perceived as a threat, not just by people outside the community but by their own peers. The reaction from the Chicago Police Department doesn’t help either. I see how they perceive a 14-year-old boy as a threat, as opposed to a young child with behavioral issues.

But I remain hopeful. One of our boys just got accepted into a Division II football team. I got another kid going back to college. A few of our girls are in art programs. They’re excelling at everything. They’re our future leaders.

Trust me, I wouldn’t have said this three years ago. I thought I didn’t have the patience to deal with kids. But I look forward to coming to this space and thinking about how we can do better. Those are the indicators for me that say, OK, maybe this is where I’m meant to be.

Fred Weatherspoon is a program and mentor manager for the Precious Blood Ministry of Reconciliation in Chicago.