An Ode to Memo, the Cellmate and Art Teacher Who Saved My Life

After decades in the system, I was acting like a wild horse roaming the countryside. Memo taught me how to paint through the chaos. 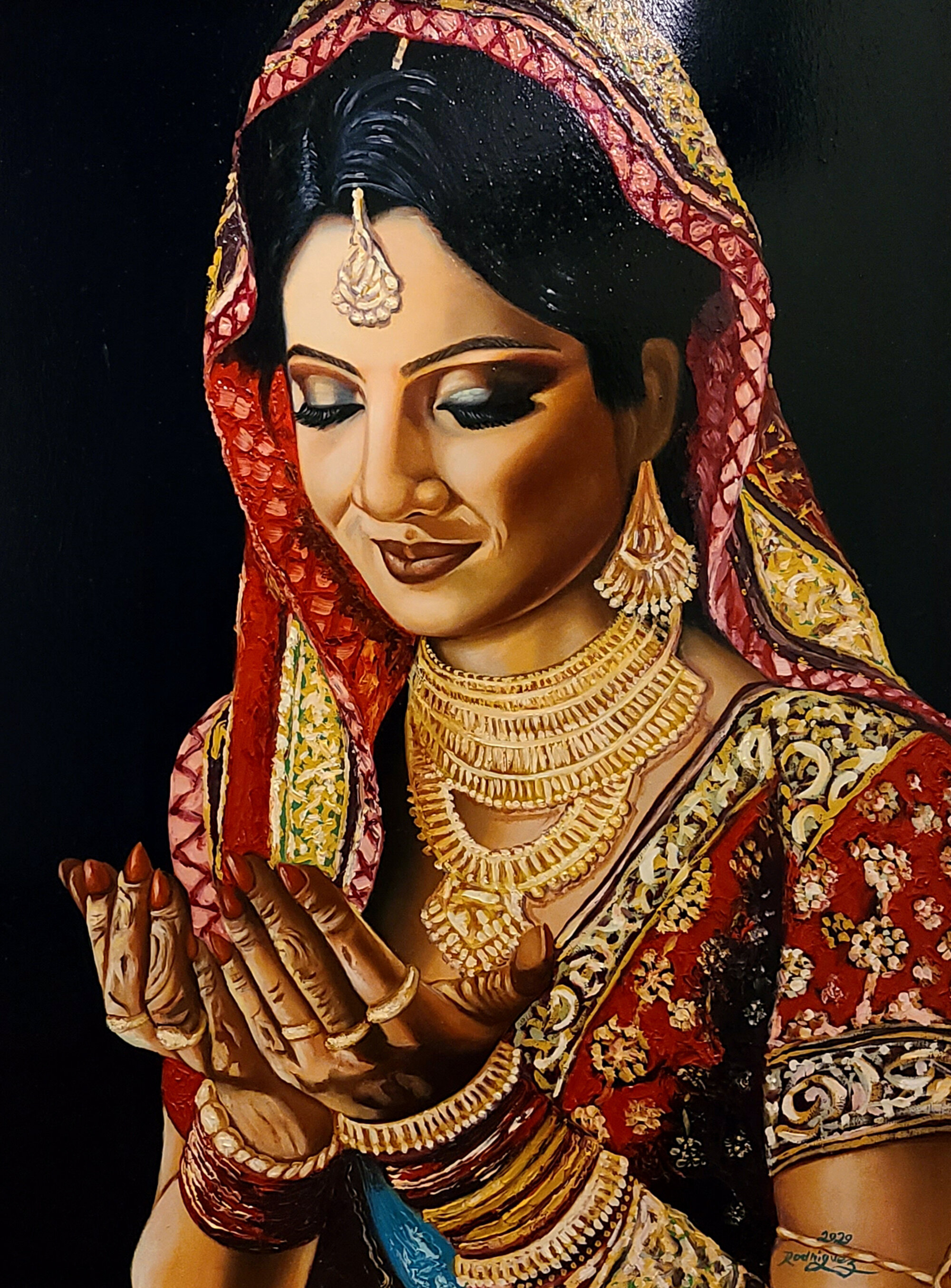 At the time that I met my artistic mentor, Memo, my life was crazy. I had been acting like a wild horse, roaming the countryside with no respect for life, including my own. One result was a 675-mile transfer from USP Leavenworth, a medium security prison in Kansas, to USP Lee, a high security facility in Virginia. It was my third prison in eight years.

I got to Lee at about 8:30 in the evening. As I walked with 30 other prisoners to G-Block, I could see the anxiety and curiosity in some of their eyes. By age 39, I was numb to these feelings. I was literally raised in institutions, from foster care and group homes to juvenile detention, Rikers Island and New York state prisons. I graduated into the federal system in 2007.

When we reached the first court, which looked like a small project building in New York City, I was placed in a cell with this young Mexican guy who had three standard questions. He wanted to know if I spoke Spanish. (Yes.) He asked which “car” I was in, meaning what region, religion or gang I represented. (Just New York City.) And he asked if he could see my pre-sentencing report and sentencing minutes, paperwork that would reveal whether or not I was a rat. I proudly stated yes and pledged to present the documents as soon as my property arrived at the prison.

Two weeks into my stay, COs found contraband in my cell, and my cellmate and I got sent to the SHU (solitary confinement). When I returned to the general population two weeks later, I had a new cellmate: Memo.

I had met Memo before I went to the SHU, and I could tell by his demeanor that he had seen and been through a lot of things. Once the officers left, he too asked me if I had my paperwork. It was kind of comical, this old man requesting my paperwork, but I had to respect the ritual. I dug around in my property bag and, staring into his eyes as an equal, I handed him my documents. A slight smile came over his face, and he showed me which locker was mine.

Once Memo was sure that I was not a rat, we began to get acquainted. The main thing we had in common was art. It was clear that he had a 20-year head start when it came to painting and drawing. I asked to be his student. He told me no, that I wasn’t ready because I was always involved in prison drama. 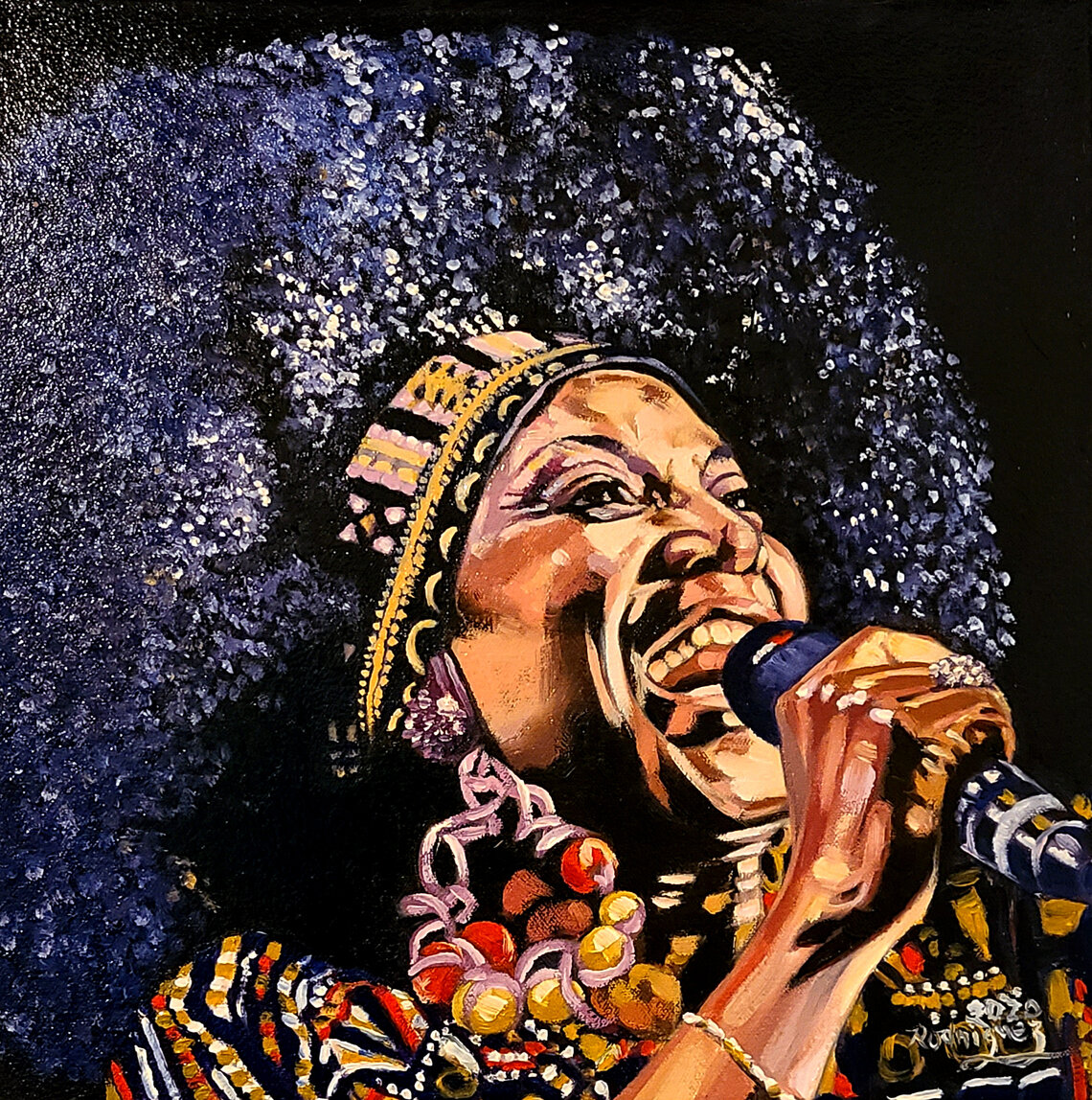 One day I went to the art room for supplies. Memo pulled out some brushes and a blank canvas and told me to paint an image he’d picked out of a fishing magazine, a man sitting in a canoe on the lake with his back turned. I didn't know it at the time, but he was assessing my oil painting skills.

I’m proud to say I passed with flying colors, but he didn’t say much more than, “At least you know something.” Still, Memo’s approval meant everything to me. I say this because when he paints, his colors dance around each other in harmony. I particularly love how he gives the color violet so much meaning on a portrait of a face.

Memo didn’t take me on as a student until a year later. I had moved into my own cell and continued to act like a wild horse, getting into fights. It got so bad that Memo refused to walk with me. He didn’t want to be around if someone snuck up behind me and stabbed me up. I couldn’t blame him for feeling that way because it was a great possibility.

The major turning point of my life came early one morning. I was in my cell fighting one of my homies for some stupid reason, and it was like a scene out of an action movie. Blood was pouring out of a deep gash in my top lip, a wound I’d sustained when my face slammed against the sharp corner of a locker. My homie was also bleeding, from a deep cut over his eye. Between the two of us, there was blood everywhere. We fought until the other homies arrived and broke it up. They cleaned up the cell, so there was no sign of our fight. Neither one of us got stitches, even though I’m sure we needed them. Our pride got in the way of us getting medical attention. We dressed our own wounds — with office tape and toilet tissue — and looked like fools with those makeshift Band-Aids on our faces. If you look at my top lip closely, you can still see the scar.

Memo watched the whole situation unfold, and I Iater found out that he was the one who alerted my homies to the fight. A couple of days passed before he approached me. I suspect he was waiting to see if the person I was fighting was going to retaliate against me, or if I was going to be sent to the SHU.

Memo walked right up to me and pulled me into his cell. He asked me if I loved art. I said yes. After a long pause, he made me an offer: “If you could stay out of trouble and leave that thug life alone, I will teach you how to paint.”

He went on to explain that painting well requires a clear mind. One way I could clear my mind, he said, was to walk away from trouble rather than running towards it. “How can you paint if you are always looking behind your back, or you’re always in the SHU?” he asked me. “I need you to choose which person you are. And if your homies are really your homies, they will want you out of harm’s way.”

I chose art. Where I once painted exactly what was in front of me, Memo taught me how to draw with emotion. I began to understand how oil painting mimics parts of life. The same way a single brush stroke can throw an entire painting off, I needed to admit that I had always been a reactionary person. My tendency to react before thinking was causing too much chaos in my life. It was Memo who taught me how to pause and think about what I might lose before making another bad brush stroke. This lesson applied to painting and to life. And that’s how my mentor saved my life through art.

Rafael Rodriguez is serving 55 years for kidnapping and armed robbery. Readers can follow his artwork on Instagram at @rafaelrodriguezarts.