Mugshots Stay Online Forever. Some Say the Police Should Stop Making Them Public.

As many news outlets cut back on publishing mugshots, some states and cities are grappling with a more fundamental question: Why do police release the images — and should they be allowed to? 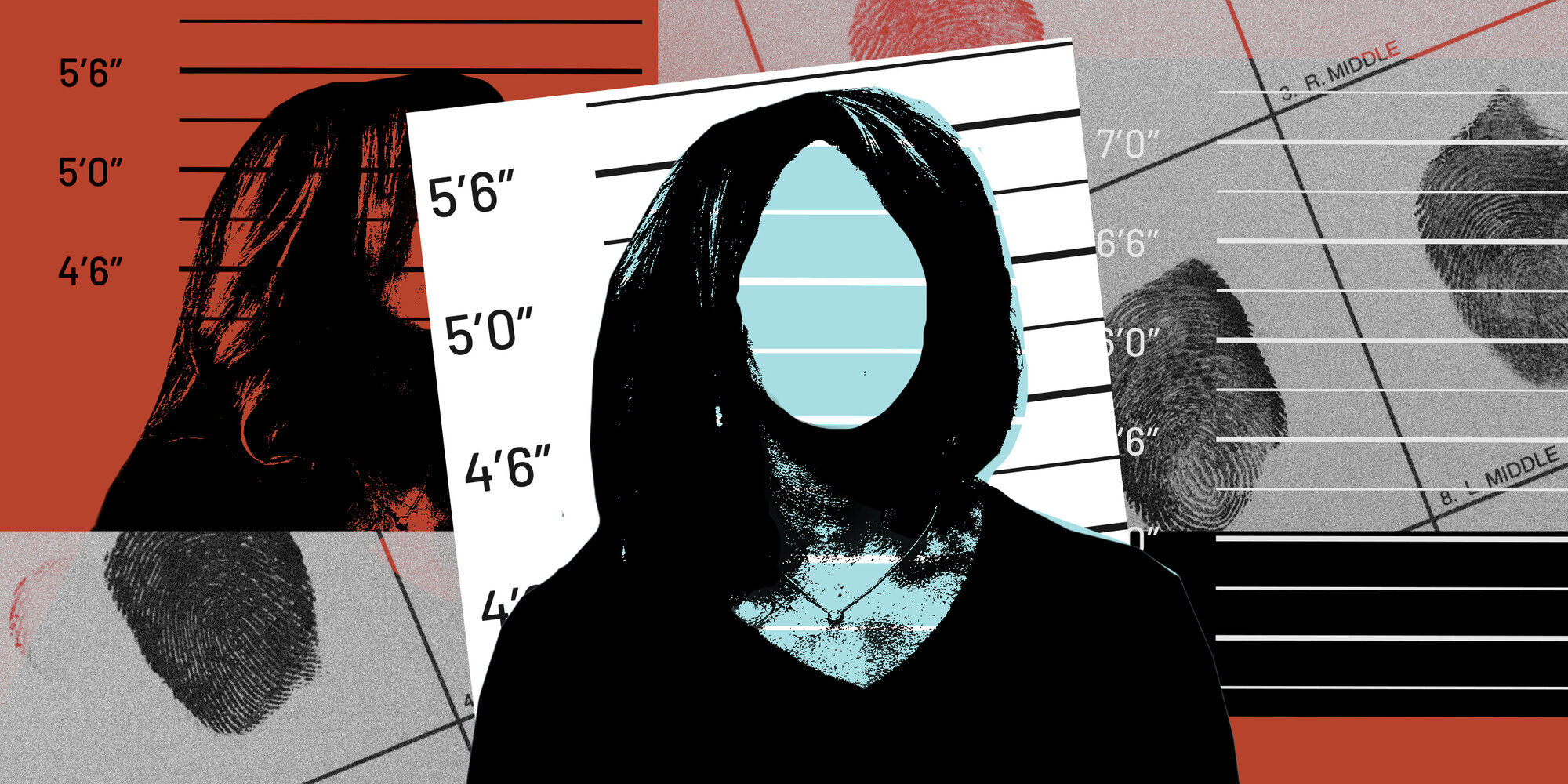 Julie Levitch had never been arrested until one sweaty evening in August 2020, when a neighbor heard breaking glass and called the police.

Levitch, a 52-year-old mother of two, had gone to her boyfriend’s house to return his phone. The doorbell was broken, so she knocked on the window. It was cracked, and when she rapped on the glass, her hand broke right through, leaving a bloody gash, she said. When Phoenix police arrived, the couple explained there was nothing amiss — but officers arrested Levitch, charging her with misdemeanor criminal damage.

She spent the night in jail, where she says she was sexually harassed, cavity searched and tossed in solitary confinement for 16 hours. Three months later, prosecutors agreed to drop the charges.

Now, Levitch is suing — not over her arrest and incarceration, but because the county jail published her mugshot online. Like many law enforcement agencies, the Maricopa County Sheriff’s Office routinely posts photos of people booked into the local lockup, potentially wreaking permanent havoc on their lives before they’ve been convicted.

“That photo is going to be out there forevermore,” Levitch told me, worrying about how it would affect everything from job opportunities in her work as a technical writer to new friendships. “We live in a society where you’re supposed to be innocent until proven guilty, but I was found guilty the minute that mugshot went up.”

The Maricopa County Sheriff’s Office has not yet responded to Levitch’s lawsuit, and a spokeswoman declined to comment on pending litigation.

In the digital age, those images of people’s worst days are forever lurking as internet clickbait. Many news outlets have stopped publishing mugshots — or at least so many of them — but some states and cities are beginning to grapple with a more fundamental issue: Why do police release those mugshots — and should they be allowed to? 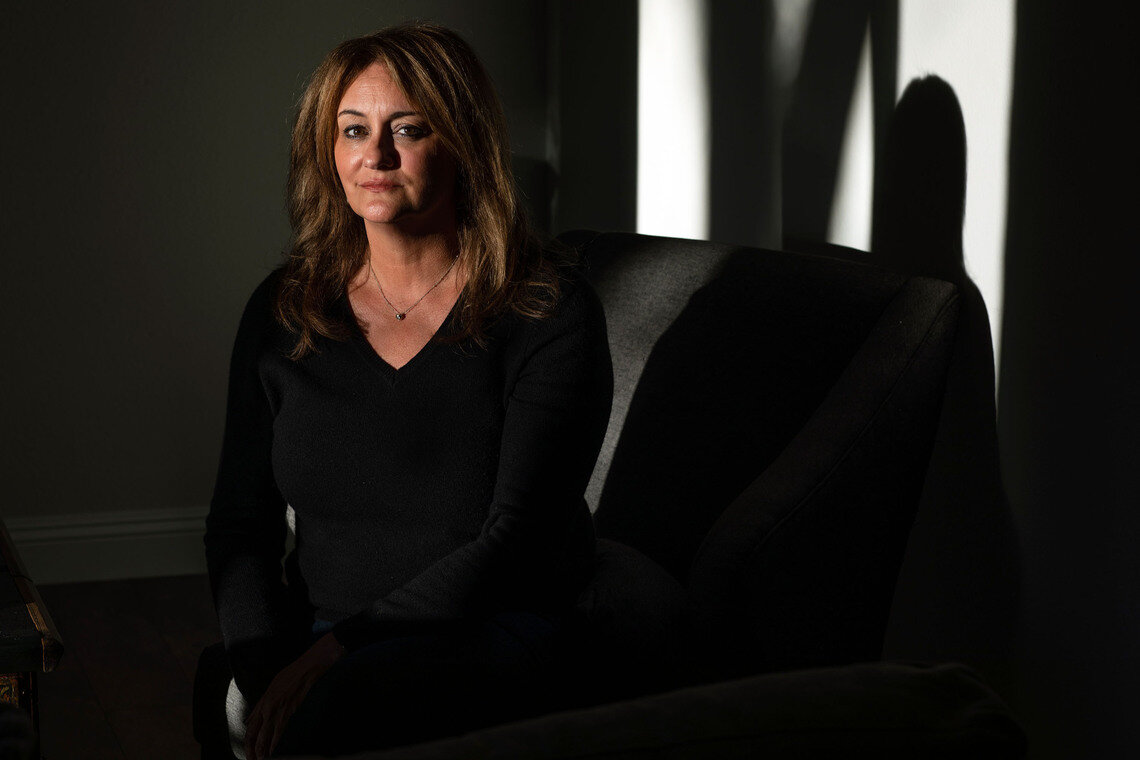 Julie Levitch was arrested by Maricopa County law enforcement in 2020 after accidentally breaking her boyfriend’s window. The charges were dropped, but Levitch’s mugshot was posted and remains online.

“You assume criminality when you see a mugshot,” said Imani Gandy, a journalist who covers law and courts and is a vocal critic of how people of color are represented in the news media.

The first time I saw my own mugshot was the day after I got booked into jail in New York state for heroin. It was December 2010, and I was still in a druggy haze when the other women in the cellblock woke me up to point out my scowling face on the evening news.

Scabby-cheeked and red-nosed, it was the worst picture I’d ever seen of myself. I had no idea then how doggedly it would follow me around. Long after I stopped getting high, articles about my arrest — with that “faces-of-meth”-style image attached — were the first results when I typed my name into Google, like a digital ball and chain linking me to a past life.

Despite that, I was lucky and privileged enough to get a second chance, unlike so many others. When I started working as a reporter, part of my job included attaching mugshots to dozens of local news and crime stories. Media outlets have long published the images, which drive web traffic and, in turn, advertising dollars.

Some law enforcement agencies are asking that question, too. The Justice Department has repeatedly refused to release mugshots, arguing to a federal appeals court that there’s no public safety interest in releasing pictures that are a “lasting image of what can be one of the most difficult episodes in an individual’s life."

“Widespread publication of police booking photos in the news and on social media creates an illusory correlation for viewers that fosters racial bias and vastly overstates the propensity of Black and brown men to engage in criminal behavior,” Chief Bill Scott said at the time.

Now, the department only publishes arrest photos when they serve a clear law enforcement purpose — like finding a suspect or a missing person. Last month, police in Newark, New Jersey, announced a similar policy change.

At least three states have gone a step further, barring the release of some mugshots. In 2019, New York changed its open records law to ban the release of mugshots unless doing so actually helps law enforcement. This year, California prohibited police from putting the images on social media, and Utah banned publishing mugshots until after conviction.

The changes generated some pushback, especially from civil liberties groups and journalists. At a hearing in February, Salt Lake City investigative reporter Nate Carlisle begged lawmakers to reject the Utah bill, pointing out that sometimes mugshots are the only evidence of police brutality carried out during an arrest.

“I just don’t think it’s a good public policy to be releasing less government documents,” he told me a few weeks ago. “Whether journalists should be publishing them is a different discussion.”

Because mugshots are often considered public records instead of criminal records — the latter of which are deemed too personal to release in many states — it’s hard to win a lawsuit like Levitch’s.

“These lawsuits usually get dismissed because the agency just says, ‘It’s a public record, and we have a right to publish these,’” said Sarah Lageson, a Rutgers sociologist who studies mugshots.

There are some exceptions, she said. A 2016 court decision allowed the Justice Department to withhold mugshots, and in a Pennsylvania case, former prisoners won cash damages when a federal jury decided releasing mugshots violated open records law.

“It should be a legislative change, and then we wouldn’t have to rely on a judicial interpretation of what is a public record in the digital age,” Lageson said.

Some in law enforcement say that posting mugshots can spur other victims to come forward, and others claim — without evidence — that the threat of a public mugshot can help deter crime.

But to people who’ve had their mugshots posted publicly, it seems like the practice deters rebuilding a life, too. Sometimes, it’s hard to identify the exact harms, because if a would-be job or a landlord or a date ghosts after spotting a stigmatizing image online, we usually never know. To Levitch, that seems to undermine basic protections that our justice system is supposed to have.

“Is it constitutional to be putting up mugshots that damage the reputation of people when they’re still innocent?” Levitch said. “It just seems inherently unfair, and not American to do this.”