Judges Have Real Power in Cleveland. Who’s Voting for Them?

Our guide explains who votes, who doesn’t — and why. 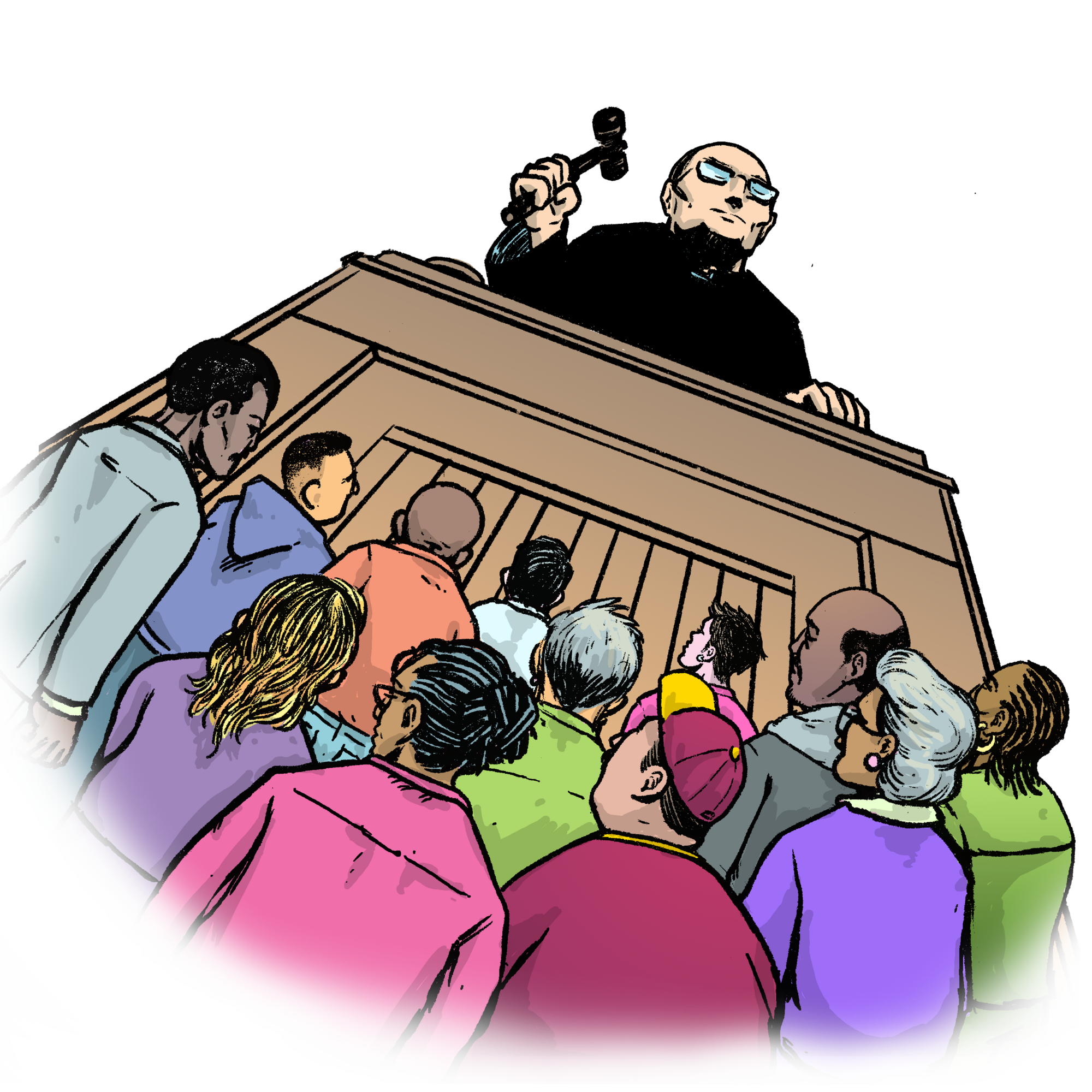 This story is also available for download as a PDF. 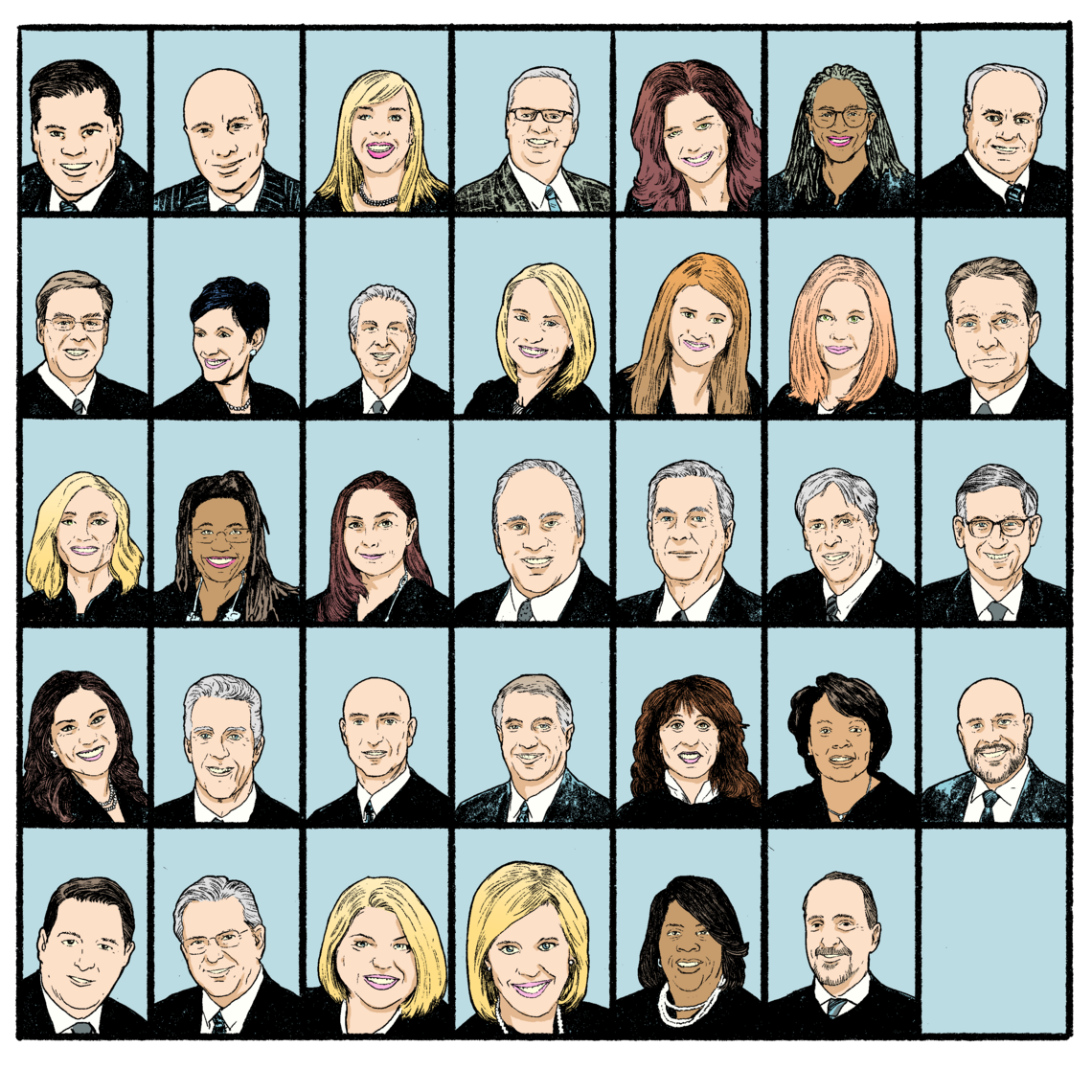 The 34 judges who hear felony criminal cases in the Cuyahoga County Court of Common Pleas have the power to lock people up in prison, give them probation, divert them to special programs, and sometimes even to set them free. Judges in the county are elected to their positions. 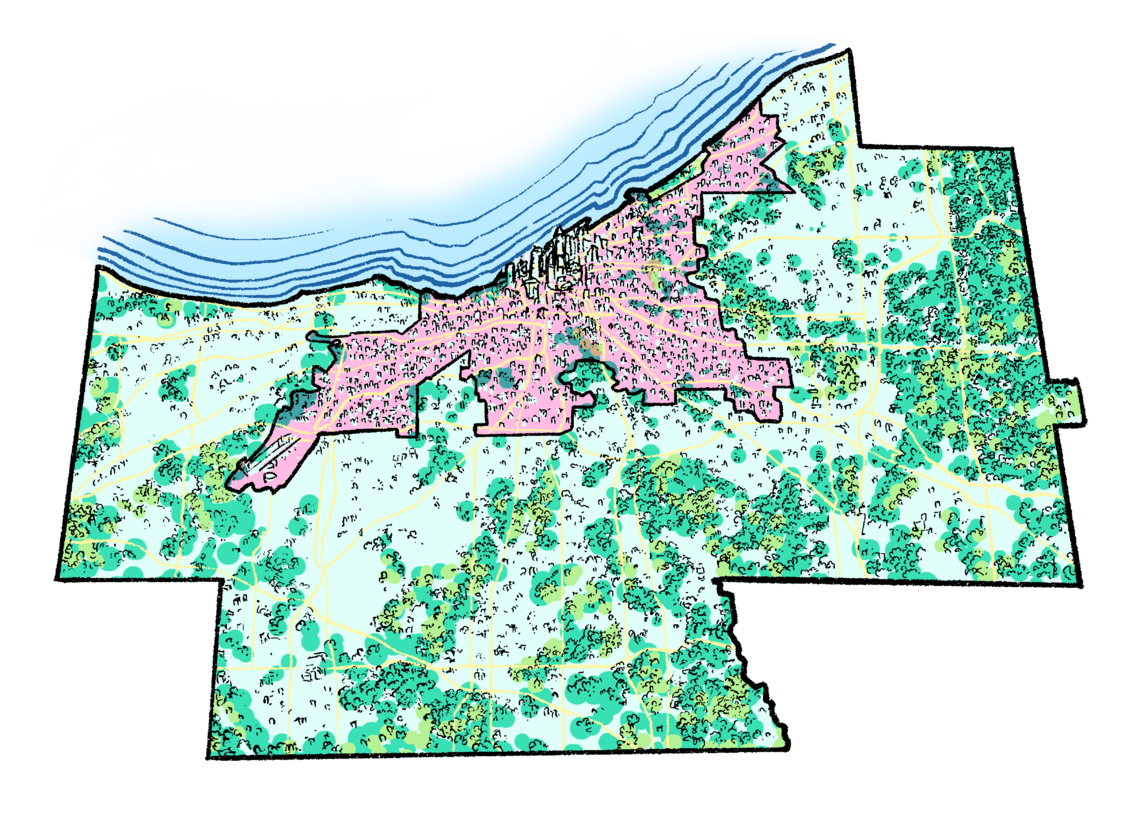 On the other hand, the voters most likely to pick judges live in suburbs that are Whiter and wealthier. Far fewer come from the city. 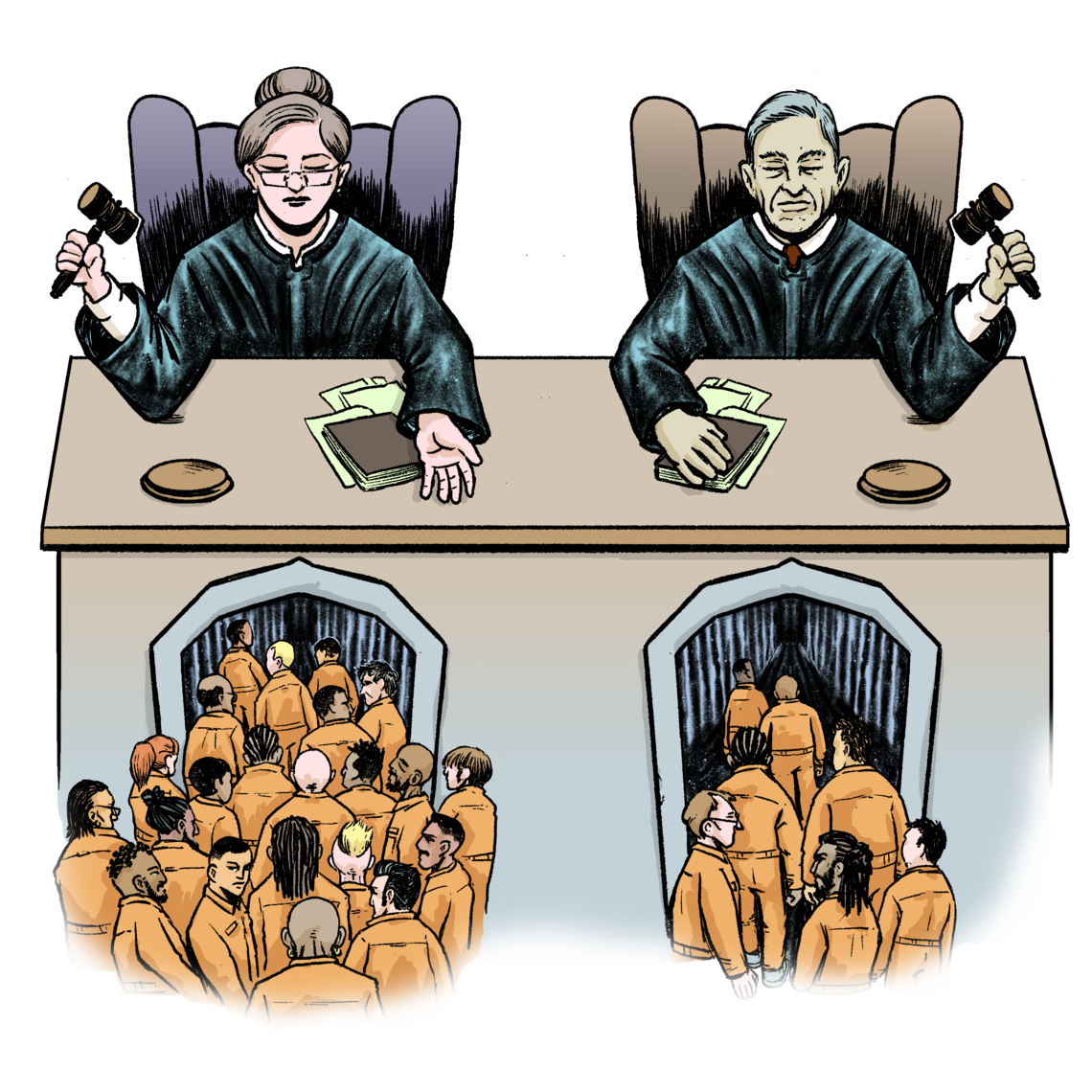 Judges make a difference in what happens in a case. Take a common charge, like drug possession or theft: Some judges almost never send defendants to prison, while others incarcerate 30% or more. 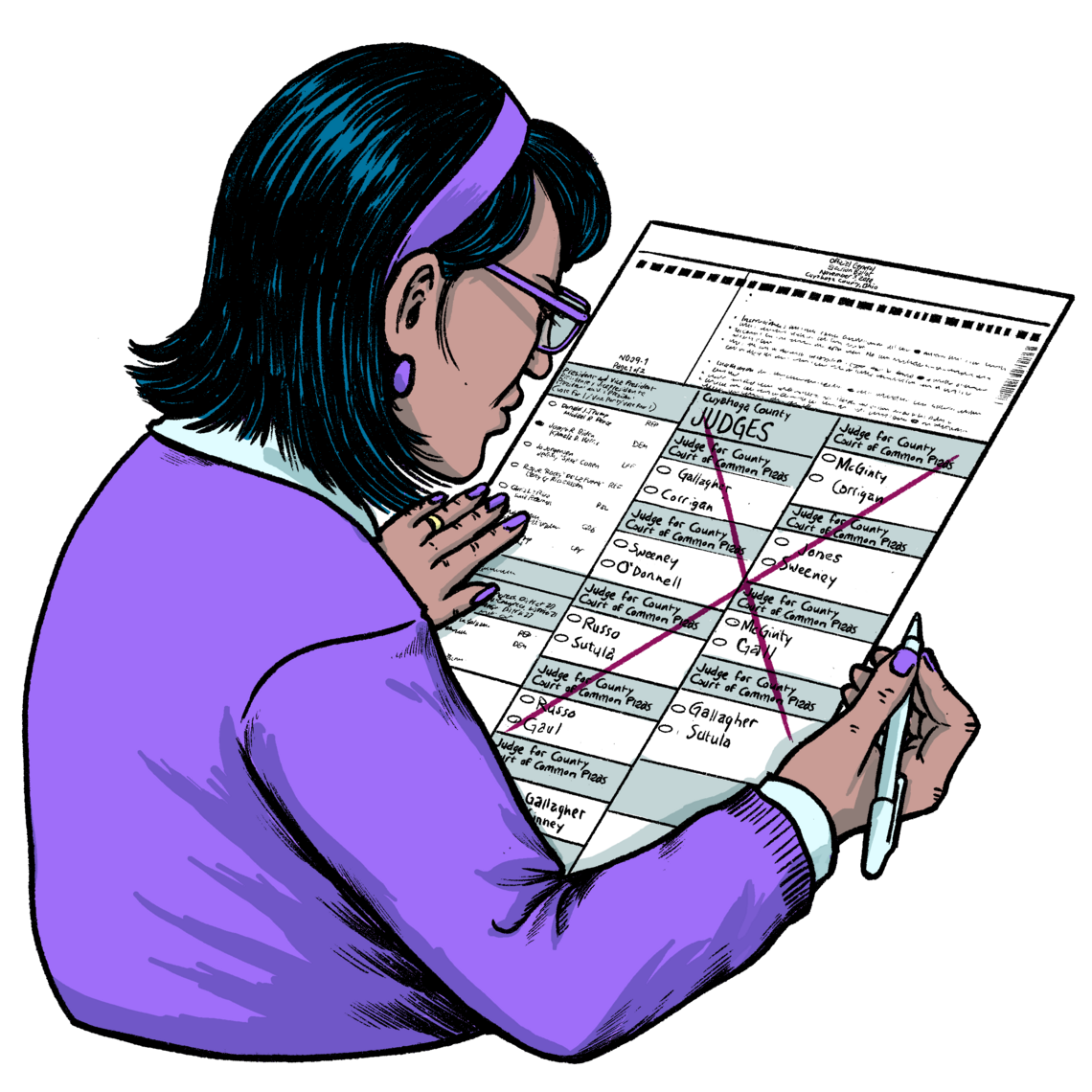 The judges making these decisions are elected. But not everyone is voting for them.

Even people who head to the polls often don’t vote for judges. In recent years, almost a third of voters in the county didn’t vote for any judge. 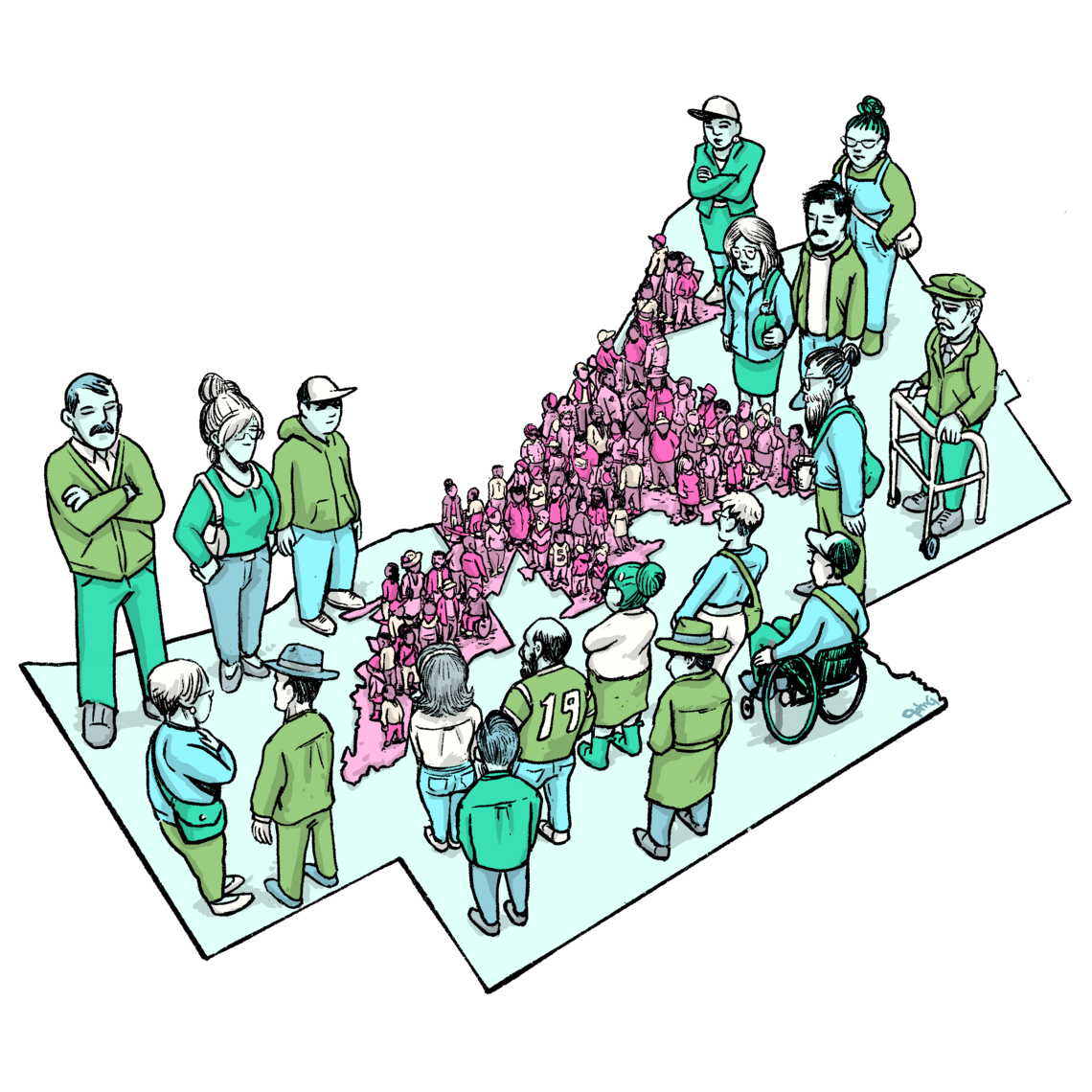 In 2020, only about a quarter of votes in judges' races came from city residents. That means the predominantly White suburbs effectively have three times more power selecting judges in the county. 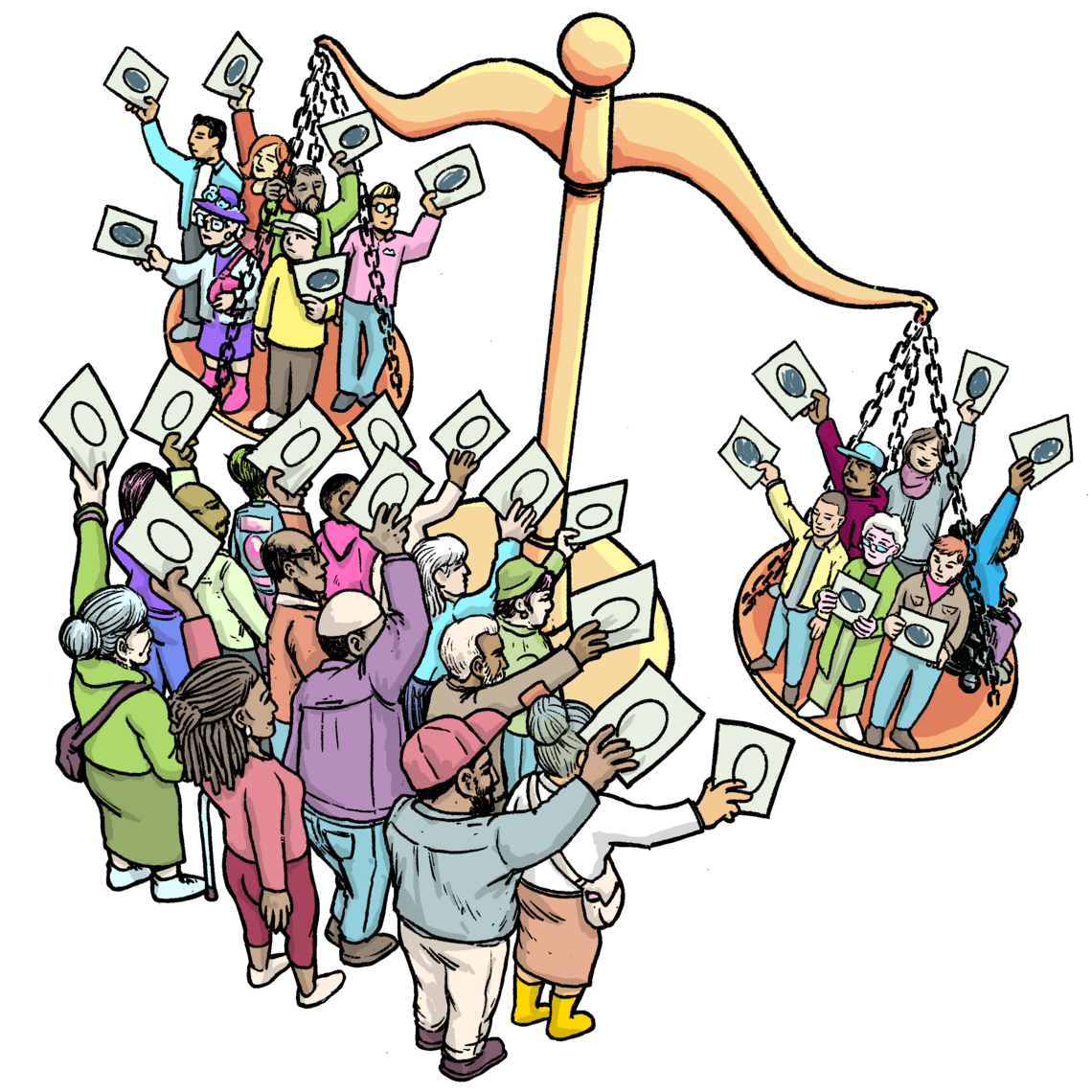 There are plenty of reasons people don’t vote for judges. It’s hard because there are so many judges’ races on the ballot. Information that could help voters is hard to find. Some people don’t want to participate in a system that has caused their community pain and harm. 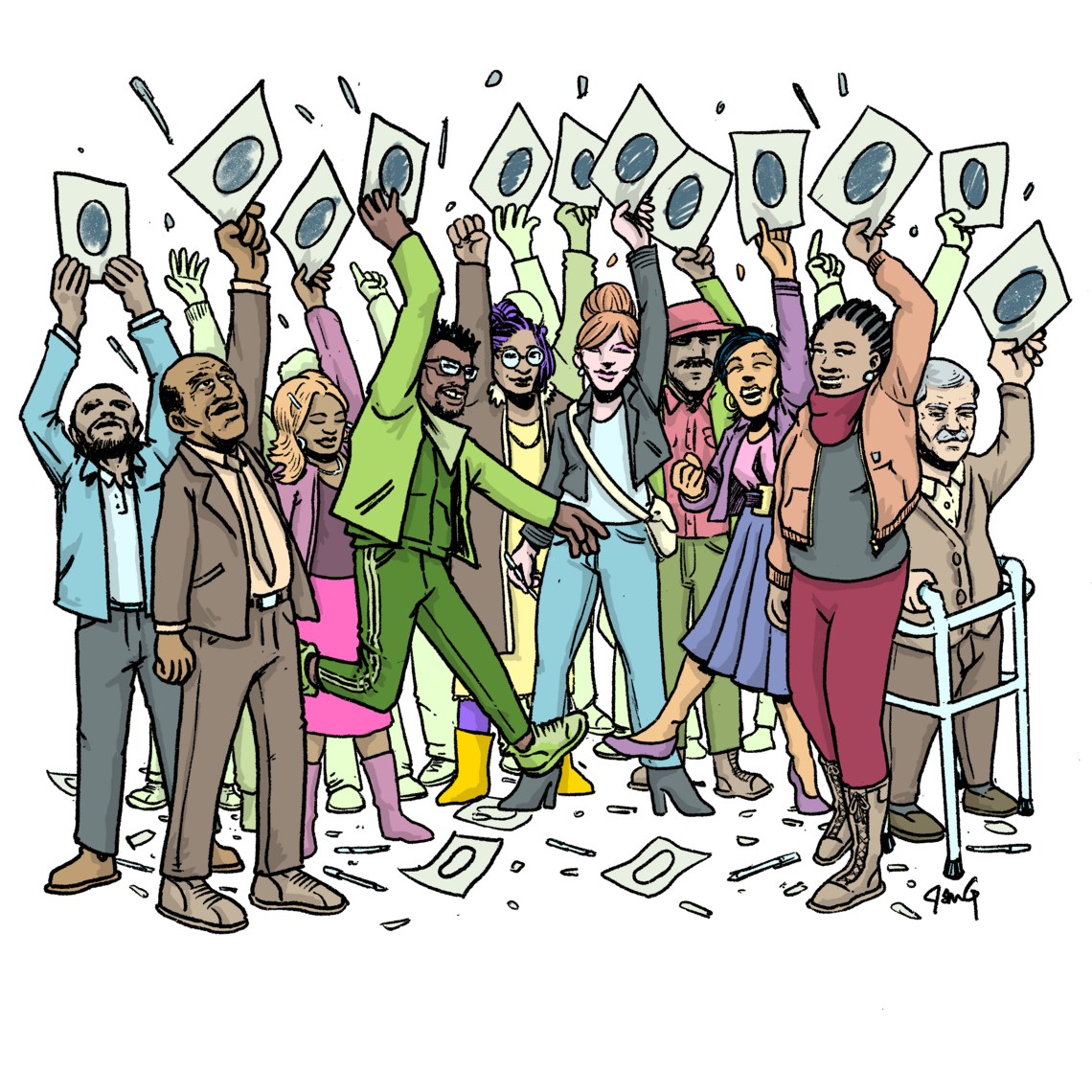 More people voting for judges could change the current outcomes. Results in many judicial elections could change without even getting more people to the polls — just by convincing the people who already vote to also vote for a judge.

Testify is The Marshall Project’s investigation into Cuyahoga County’s Criminal Courts. Learn more about this project and how to contact us directly. Have questions? Attend our office hours on February 3rd or February 8th.