Out on Parole in Colorado? You Can Vote.

This explainer is also available for download as a PDF. 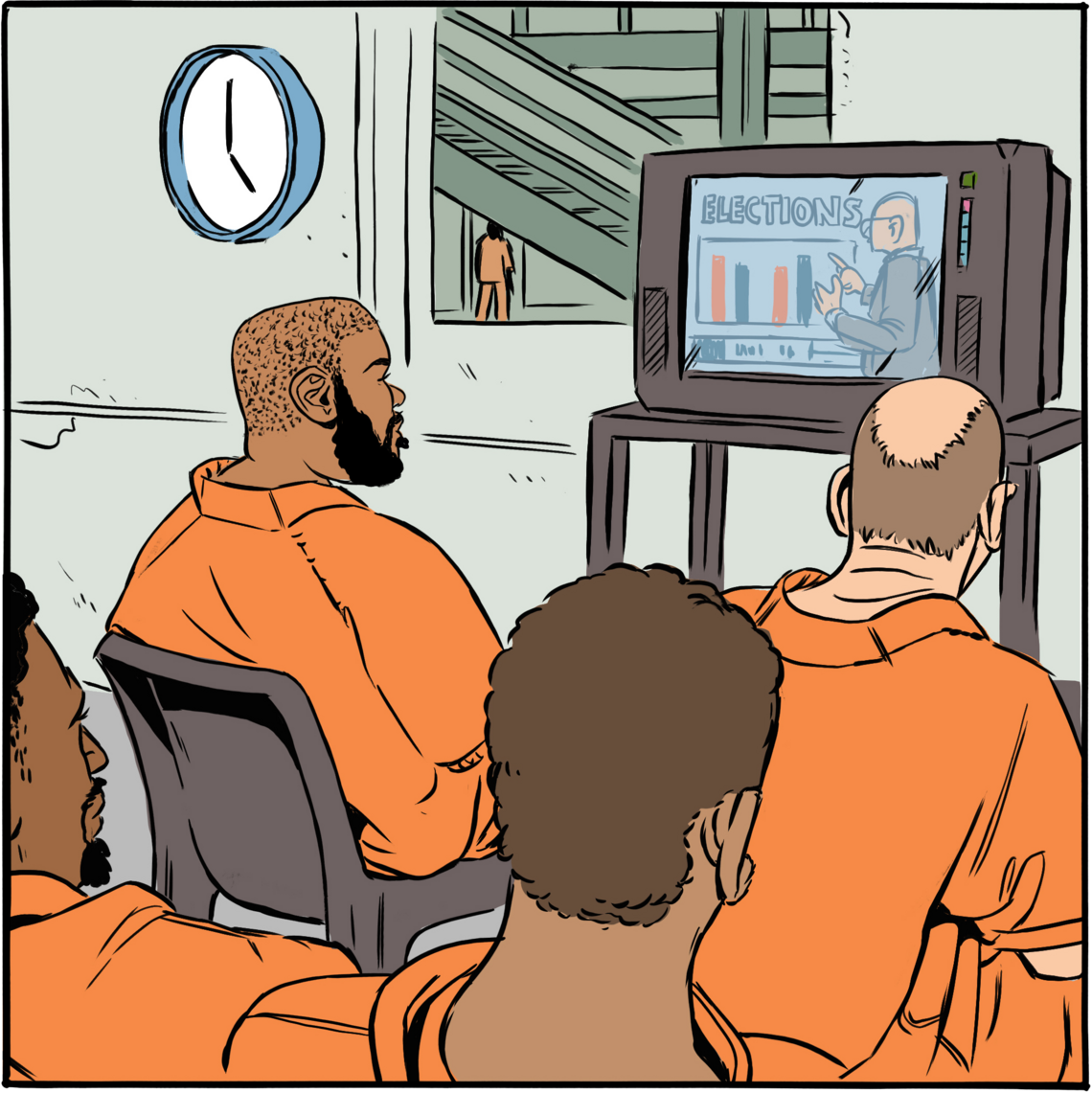 Anthony Kent spent nearly five years in jail and prison in the state. He knew he wanted to vote after he got out, but he didn't know he could or how to do it. 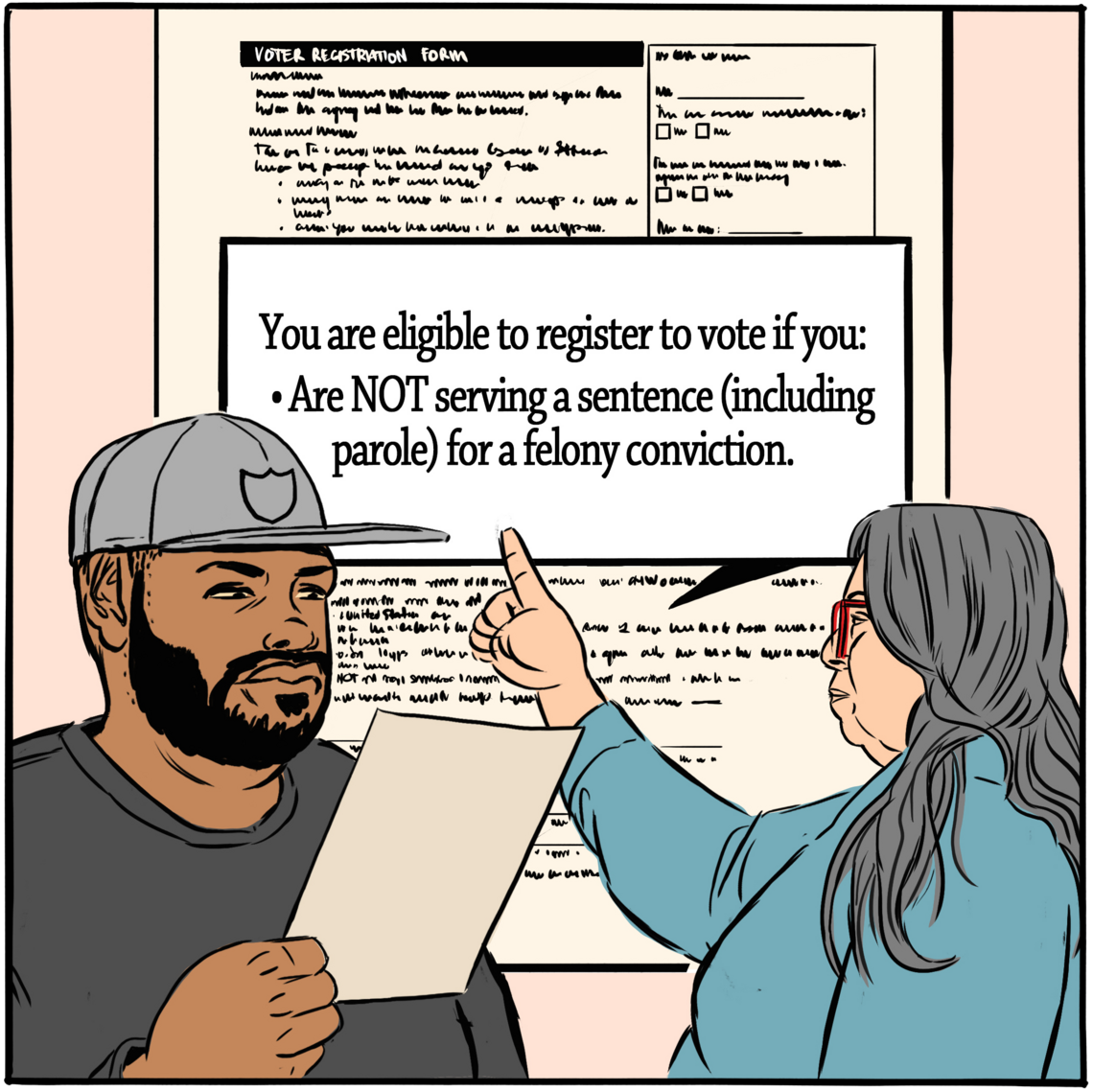 Anthony’s mom, Teri Quintana, picked up a packet with basic information he would need for life after prison. After digging around, Teri realized the packet's two voter forms wrongly said people on parole in Colorado were not allowed to vote. 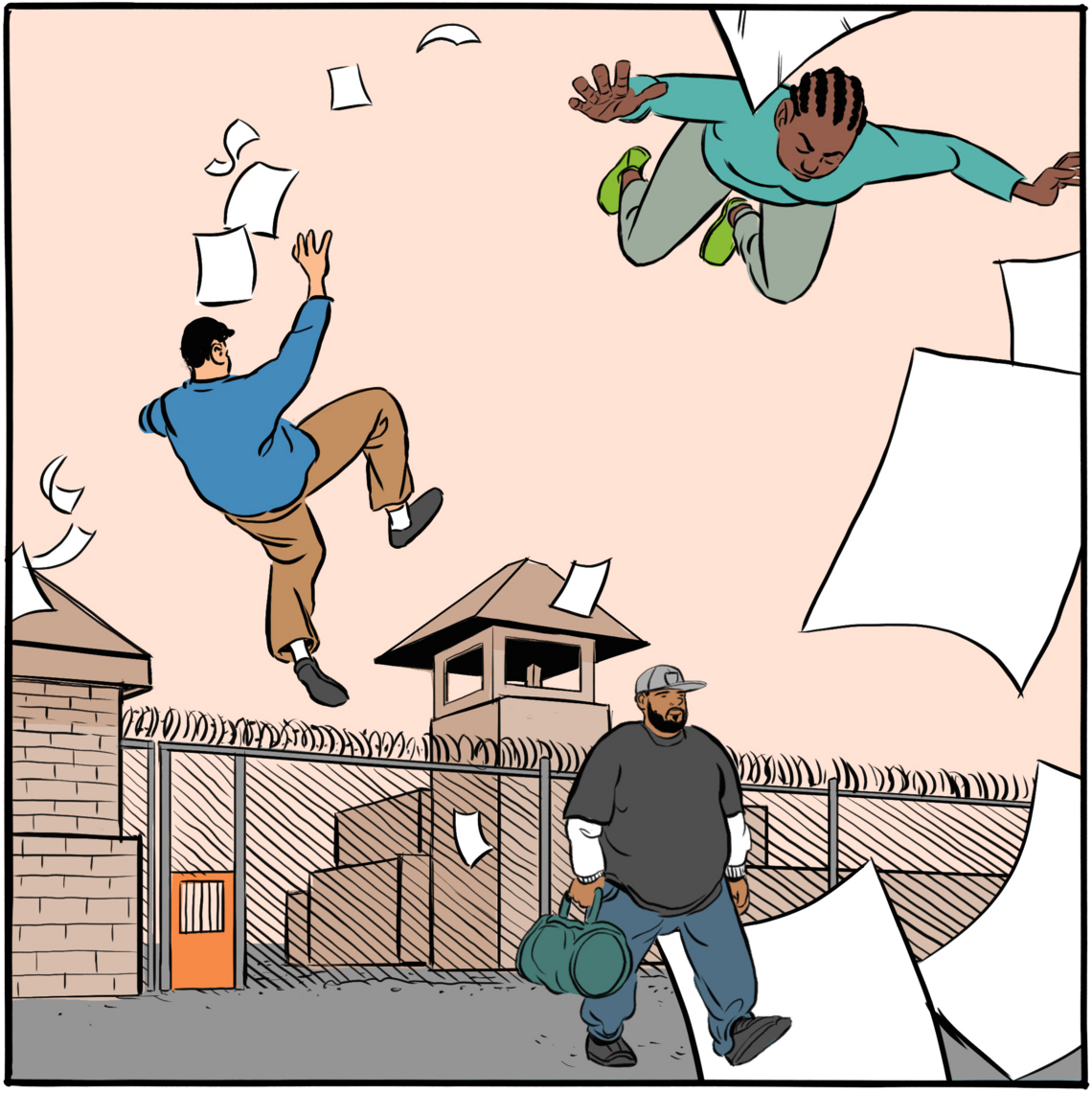 After seeing the forms, Anthony mistakenly believed that he was not allowed to vote. The series of outdated and incorrect forms almost kept him, and likely others, from voting. 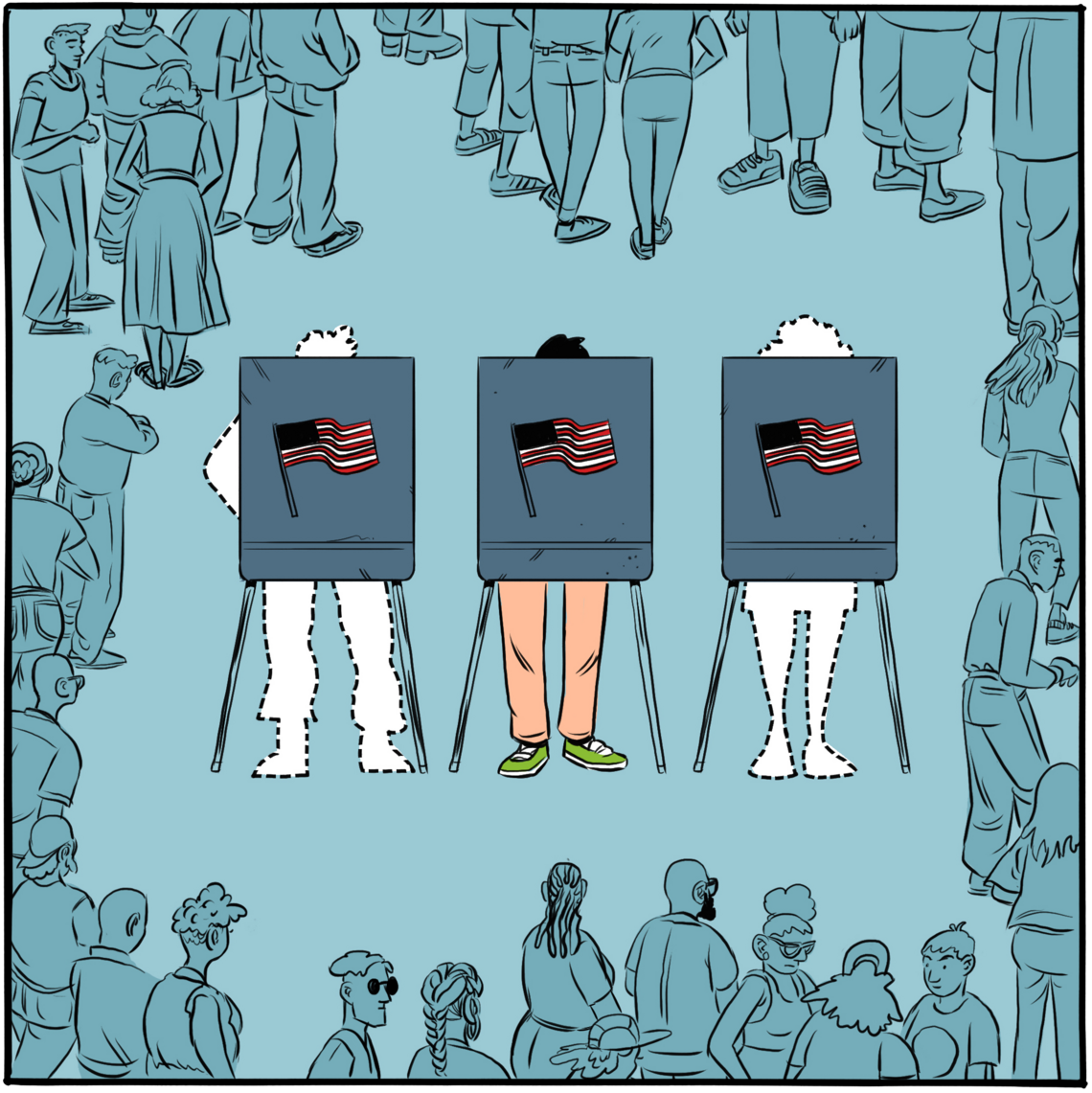 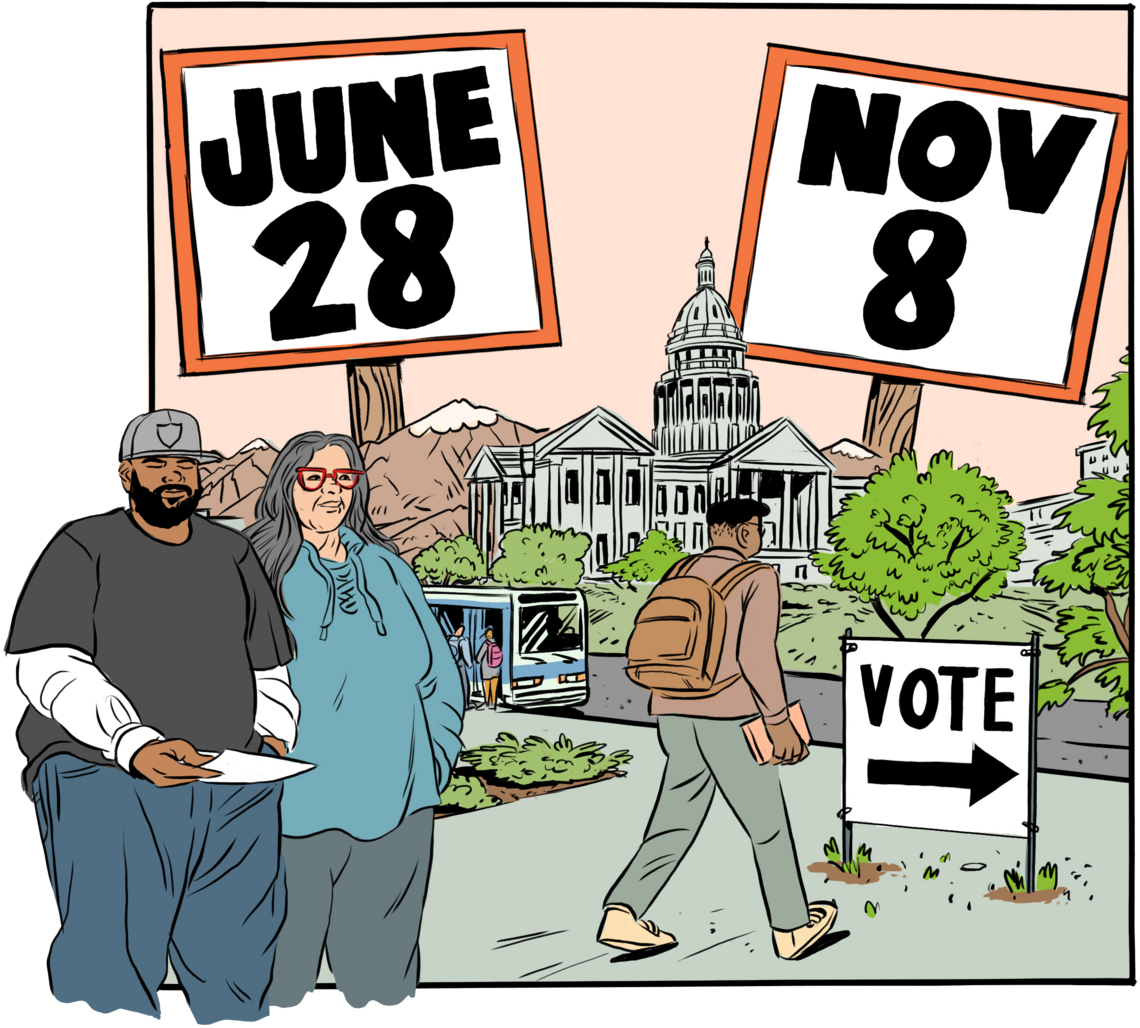 People on parole CAN register to vote. They should receive the correct forms from a parole officer. They can register to vote up until the day of an election — June 28 for the midterm primary elections this year — with U.S. Senate, U.S. House of Representatives, governor and other state and county races on the ballot — or Nov. 8 for the midterm general elections. Next year, Denver will have city elections for mayor and city council. 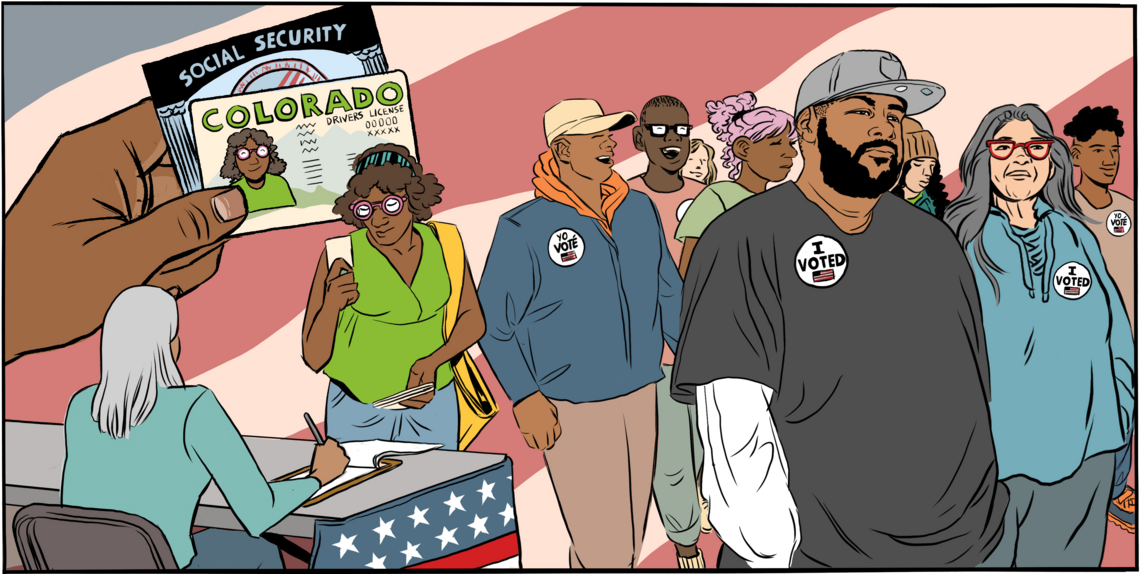 2) Register online at govotecolorado.gov OR register in-person at one of the 300 voter registration agencies in the state, including the Department of Motor Vehicles, Health and Human Services or County Clerks’ offices.

Bo-Won Keum is a designer, researcher and critic based in Brooklyn, New York. She is also the co-editor and designer of "Dear Books to Prisoners," a book compiling incarcerated people’s writings on access to books in prison.

Liset Cruz is a recent graduate of the University of Georgia. She is a data fellow for The Marshall Project placed by the Dow Jones News Fund Internship Program.