How Criminalizing Abortion Is Causing a “Bewildering Patchwork” of Enforcement

In our revamped “Closing Argument” newsletter, this week we unpack the confusing legal landscape following the reversal of Roe v. Wade. 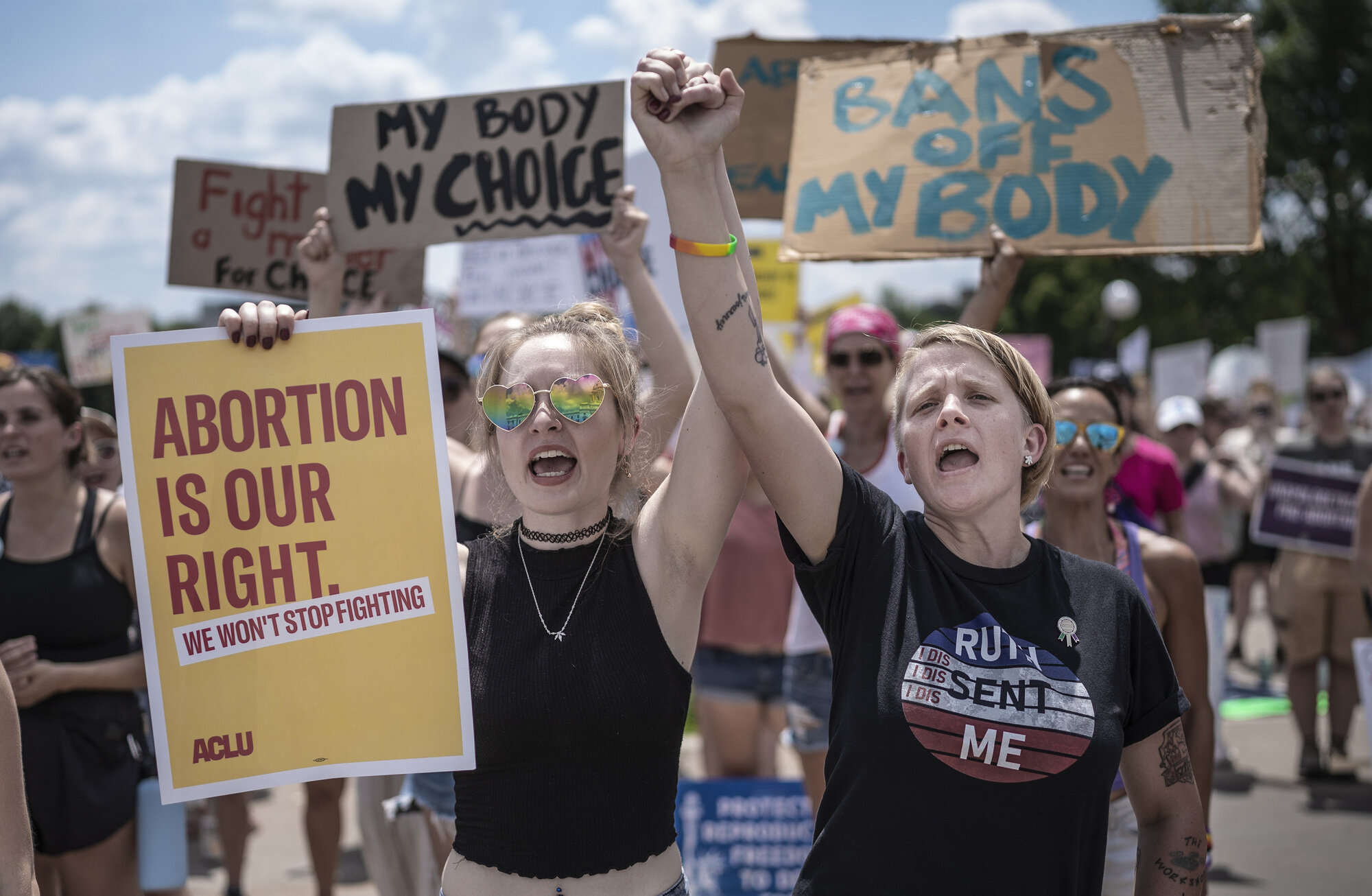 The Supreme Court’s decision to overturn Roe v. Wade has left it up to state and local officials to shape the criminalization of abortion. Jerry Holt/Star Tribune, via Getty Images
By Jamiles Lartey

There is no such thing as the criminal justice system in the U.S. There are instead thousands of municipal, county, state and federal legal systems that often overlap and contradict one another.

Few moments in recent memory have highlighted this better than the Supreme Court’s decision in Dobbs v. Jackson Women’s Health. In rescinding the 49-year-old constitutional right to abortion care, the court “suddenly dumped the abortion question back into the realm of criminal law.”

As Jeff Crossman, a candidate for attorney general in Ohio, put it: “The Dobbs decision did not settle anything. OK? It opened a Pandora's Box of other legal problems that are going to take years to resolve.”

Some resolutions will come at the ballot box. This comprehensive roundup from Bolts gives a sense of how many ways the fight over reproductive rights can go in the 2022 midterms alone. That includes not just control of Congress, which has been the focus of national Democrats like President Biden, but also statewide ballot initiatives, the partisan makeup of state supreme courts, the outcome of governors’ races, and more, down to city governments.

Even within jurisdictions, the picture is muddled. Take Texas, where there are three anti-abortion laws. One archaic 1925 law technically went into effect when the court’s decision came down last month, but prosecutors have not yet used it.

A second law, which has been called a “bounty” or “vigilante” law, allows private citizens to sue anyone who assists with an abortion for damages of at least $10,000. It bans abortion after a fetal heartbeat can be found, about six weeks into a pregnancy. The Texas Tribune reports that anti-abortion groups are planning to use this law in at least two suits against groups raising money to fund abortions.

A third Texas law — a so-called trigger law passed in 2021 — which criminalizes abortion from the moment of fertilization, is slated to go into effect on Sunday.

That law, like several trigger laws passed in other states in recent years, contains no exceptions for rape or incest. Law professor Mary Ziegler offers this analysis on why these exceptions — once common in anti-abortion laws — have fallen out of favor with conservative lawmakers. “Previously, Republican legislators had a sense that pushing too hard on unpopular things like abolishing rape or incest exceptions could make it harder to reverse Roe,” Ziegler told Slate’s Mark Joseph Stern.

She continued: “But they read Kavanaugh’s confirmation as a sign that Roe would go anyway. There was no more need to soft-soap their position on things like rape, and the Supreme Court was down for anything — there was no need to worry about them anymore.”

Back in Texas, one high-profile physician is relocating his clinics to New Mexico, near an airport, and to southern Illinois in a bid to provide care as accessible as possible to the fast developing “abortion deserts” in much of the middle and southeast of the country. Other clinics are moving as well, like this one profiled in the New Yorker.

The Dobbs decision is also imperiling some non-abortion healthcare. Patients who rely on methotrexate to treat rheumatoid arthritis and a dozen other autoimmune disorders have had their prescriptions halted by providers fearful of running afoul of anti-abortion laws, since the drug can also be used to terminate ectopic pregnancies (when the fertilized egg implants outside the uterus).

Some doctors report that they are having to postpone procedures for dangerous pregnancies as patients get sicker, until a fetal heartbeat can no longer be detected. A doctor at an Ohio abortion clinic described it to The Associated Press as “the horrible downstream effects of criminalizing abortion care.”

The world has changed a lot since the 1973 Roe decision decriminalized abortion broadly in the U.S. The vast majority of people in the country now own a smartphone, and their day-to-day activity leaves a massive digital footprint. How this data might be used opens another dimension of criminal abortion law currently playing out.

Some Democratic lawmakers are now looking to create federal protections for data stored in health apps, like period trackers, which some worry could be used to prosecute people who seek abortion care. Others are raising concerns about prosecutors trying to seize cell phones to rummage through texts and online search histories. Separately, an analysis by Politico found that authorities in “10 states where ending a pregnancy is now illegal” have sent Google “more than 5,700 demands for location tracking data since 2018,” noting that these kinds of data could be used to prosecute abortion cases in the future.

Finally, this week, an essay from a law professor who argues that doctors should be able to invoke “medical disobedience” to provide abortion care when it’s against the law. He notes that clinicians have legal latitude to refuse care, citing their religious beliefs, and that this logic could work the other way for those who feel ethically compelled to provide banned care.