She Lost Her Baby, Then Her Freedom

In its war on drugs, Alabama targets moms.

Two months after she had a stillbirth, officers arrested Brooke Shoemaker at her parent’s home in east Alabama, weeks before her 37th birthday. Police contended drug use caused the loss of her baby. She suddenly found herself facing decades in prison for the unusual charge of “chemical endangerment causing death,” a law unique to Alabama.

This article was published in partnership with AL.com.

Shoemaker thought she could beat the charge, she said, because many medical experts say that drug use does not cause stillbirths. Toxicology tests found methamphetamine in the fetus’ blood, but the medical examiner could not say whether the drug led to its death.

“Certainly, people have stillborn infants,” State Medical Examiner Dr. Stephen Boudreau testified at Shoemaker’s 2020 trial. “We have spontaneous abortions. Did a certain drug cause that? It can. I mean, that’s as far as I can get with it. It certainly can. But it’s – that’s why my report says undetermined.”

But a jury in Auburn found Shoemaker guilty. She is now serving 18 years in one of the nation’s most overcrowded prison systems. 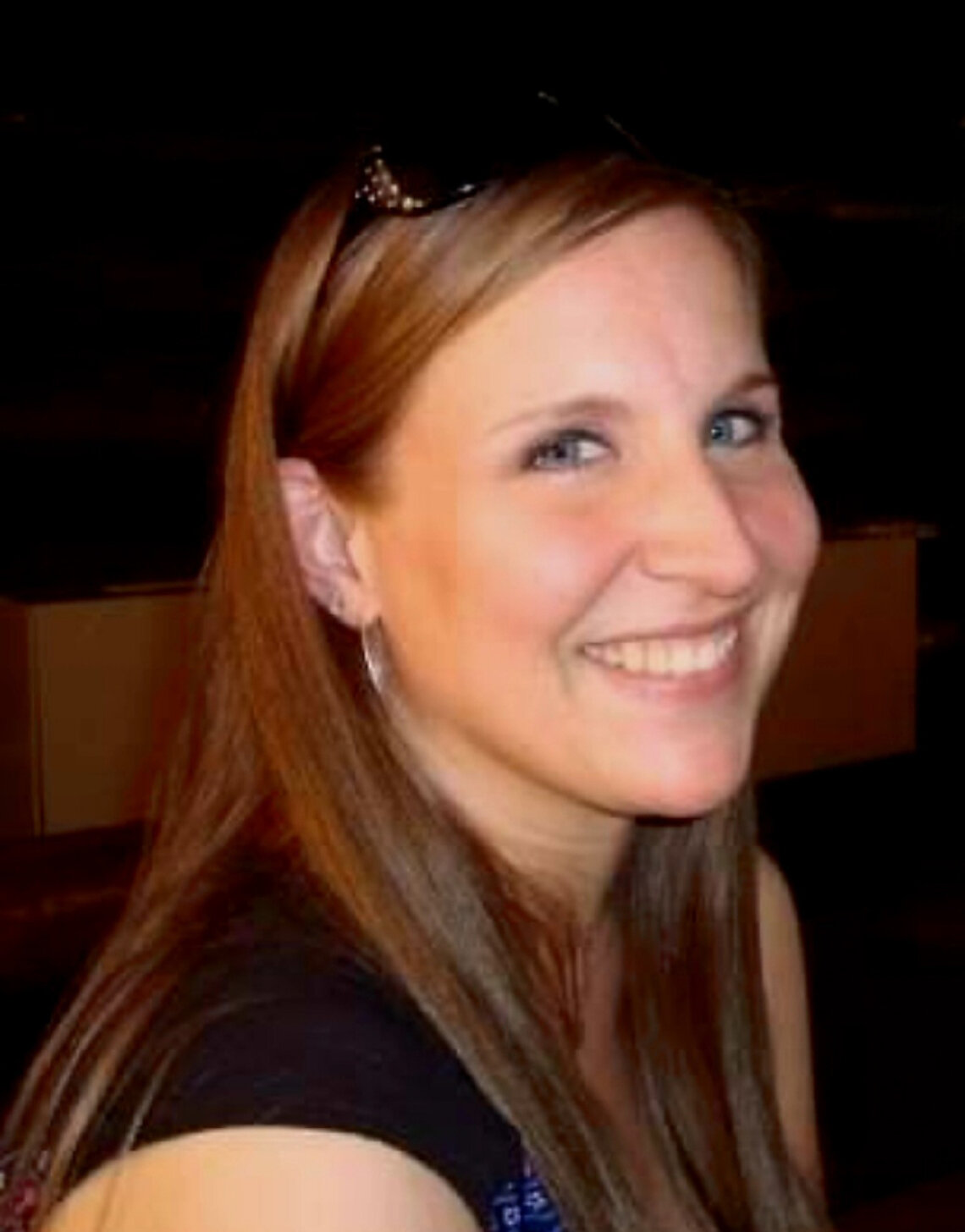 Brooke Shoemaker suffered a stillbirth while she had meth in her system and is serving 18 years in an Alabama prison.

Courtesy of the Shoemaker family

Shoemaker is among at least 20 women in Alabama since 2006 who suffered miscarriage or stillbirth — then faced the harshest possible criminal charges, with consequences as severe as those for murder, rape or kidnapping.

Alabama has long led the nation in arrests of women who use drugs during pregnancy, although reporting by The Marshall Project, The Frontier and AL.com finds similar approaches spreading to other states, including Oklahoma and South Carolina.

In Alabama, prosecutors rely on a law passed to protect children from the dangers of home meth labs. In 2013, the Alabama Supreme Court ruled that those meth-lab protections also apply to fetuses, who qualify as people under the emerging “personhood” theory championed by anti-abortion activists. That decision opened the floodgates for hundreds of cases in Alabama, most of which involved women arrested for drug use who gave birth to healthy babies.

The stakes are much higher for the unlucky few who suffered pregnancy loss. Women who use drugs during pregnancy and deliver healthy babies face up to 10 years in prison, but those who miscarry or have a stillbirth can be sentenced to 99 years. Shoemaker received one of the longest prison sentences of any of the women AL.com identified in Alabama who were charged with causing the deaths of their fetuses.

Shoemaker, a college graduate and mother of four, said she now regrets not taking the stand at her trial.

“Miscarriages happen every day — it’s the natural process,” Shoemaker said. “Basically, the jury, by convicting me of this charge, said there is no reason other than meth use that I had that child early.”

Shoemaker had long struggled with methamphetamine addiction. She started experimenting with the drug in college at Auburn University.

In October 2015, Shoemaker had her first run-in with the police, who arrested her on drug possession charges. She pleaded guilty to two misdemeanors, possession of marijuana and paraphernalia, and received a 12-month suspended sentence.

In 2016, she became pregnant with her fourth child. She signed up for Medicaid and got an ultrasound at a storefront that offered 3-D images. When she tried to make an appointment with the doctor who delivered her third child, she said, a member of the staff told her she owed $700 and turned her away.

She said she always planned to keep the baby.

“I believe in the sanctity of life,” she said. “It wasn’t going to be easy, but I knew we would find a way to take care of another child.”

On March 8, 2017, Shoemaker had used meth while out with a friend, she said. She felt something wet running down her leg and eventually realized it was amniotic fluid. Her water was leaking months earlier than expected.

“I know it sounds uneducated, but I started looking up clear, odorless fluid on the internet,” she said. “And there was nothing on there that said to go to the hospital immediately.”

The next day, while taking a bath to ease her symptoms, she began to deliver the baby. The boy, who weighed a bit more than two pounds according to the autopsy report, was stillborn. Shoemaker admitted her meth use to doctors at the hospital, agreed to have her blood drawn, and spoke to a detective who appeared at her bedside.

The pathologist found a tear to the fetus' liver — probably caused by paramedics’ attempts to resuscitate it — and a small hemorrhage on the placenta, all documented in the autopsy report. Otherwise, the baby was healthy but premature, probably between 24 and 26 weeks’ gestation. According to the American College of Obstetricians and Gynecologists, that would classify him as extremely preterm – and at high risk of death or disability.

The pathologist ruled the manner and cause of death “undetermined,” but noted the presence of drugs in the autopsy report.

The coroner, an elected official with no medical training, listed chemical endangerment and methamphetamine toxicity as the baby’s cause of death on the death certificate. Later he would say he arrived at that conclusion after speaking to a pathologist unconnected to the case who never examined the body. The coroner died in June.

In other parts of the country, similar cases have received great scrutiny. Earlier this year, a judge in California vacated the conviction of a woman who suffered a stillbirth allegedly caused by drug use. Another woman from the same county had her case dismissed.

Hundreds of people have signed a petition to overturn the conviction of Brittany Poolaw of Oklahoma, who miscarried after using meth. Editorials and articles about her case have appeared in the New York Times, BBC and CBS News.

Yet the Shoemaker case — and her sentence — barely made waves in Alabama, where criminal cases against pregnant women are not uncommon. Chemical endangerment was the fourth-leading cause of incarceration for women in 2019, beating out credit card fraud and drug dealing, according to the Alabama Sentencing Commission.

Despite that, medical experts still can’t say with certainty how drug use affects developing fetuses. Dire warnings about crack babies in the 1980s proved to be unfounded, later research showed.

“Certain drugs can make that more likely, particularly the stimulants cocaine and methamphetamine,” Davis said. “They could possibly play a role in that, but as I said, it’s really complicated. Smoking cigarettes can do the same sort of thing. So how to tease all of that apart is very difficult.”

Others say it’s important to hold women accountable for drug use during pregnancy if there’s a chance it could harm babies. Chris Connolly, district attorney for Lauderdale County in the northwest corner of the state, said his office usually tries to get women into treatment programs. But he said he deals more harshly with those who have used drugs in multiple pregnancies or had a stillbirth after using.

“If you have a dead child, we don’t automatically go out and charge that person with a Class A felony,” Connolly said. “We get an autopsy done and we get the medical examiner’s opinion of whether the drugs in the system caused the death or not.”

If the medical examiner rules that drugs caused a stillbirth, Connolly said, he will go forward with the harshest charges.

“That’s the same thing as murder,” he said.

During the trial, prosecutors did not produce a witness who could conclusively say methamphetamine caused the fetus’s death. At least 30% of stillbirths and miscarriages are unexplained, according to the U.S. Centers for Disease Control and Prevention.

Shoemaker said her lawyer advised her not to testify. “She said, ‘They’ll rip you apart.’”

That attorney, Margaret Brown, said she gave Shoemaker the best advice she could. “I represented her to the best of my ability and never had any complaints about my representation during that period of time,” Brown said.

Most chemical endangerment cases in Alabama end in plea agreements. Sara Ainsworth, legal director of abortion rights group If/When/How, said there is a deep stigma about using drugs while pregnant that makes it hard for women to prevail in court.

“It’s not common to win in front of a jury, even when the law is on your side,” she said.

Shoemaker’s 18-year sentence separated her from her children, including the youngest, born after the arrest. And though the judge said that her time behind bars should help rehabilitate her, she said, she has encountered lots of drug use and violence. Alabama prisons are so overcrowded and understaffed that federal authorities filed a lawsuit alleging the state system violates the Constitutional ban on cruel and unusual punishment.

In less than four years, Shoemaker becomes eligible for parole. But she is not hopeful. Last year, the Alabama Bureau of Pardons and Paroles denied 84% of applications, according to the ACLU.