Policing the Police: A Week of Racism, Abuse and Misconduct

Federal civil rights investigations can examine an entire agency — but they are not the only way to check for police misconduct. 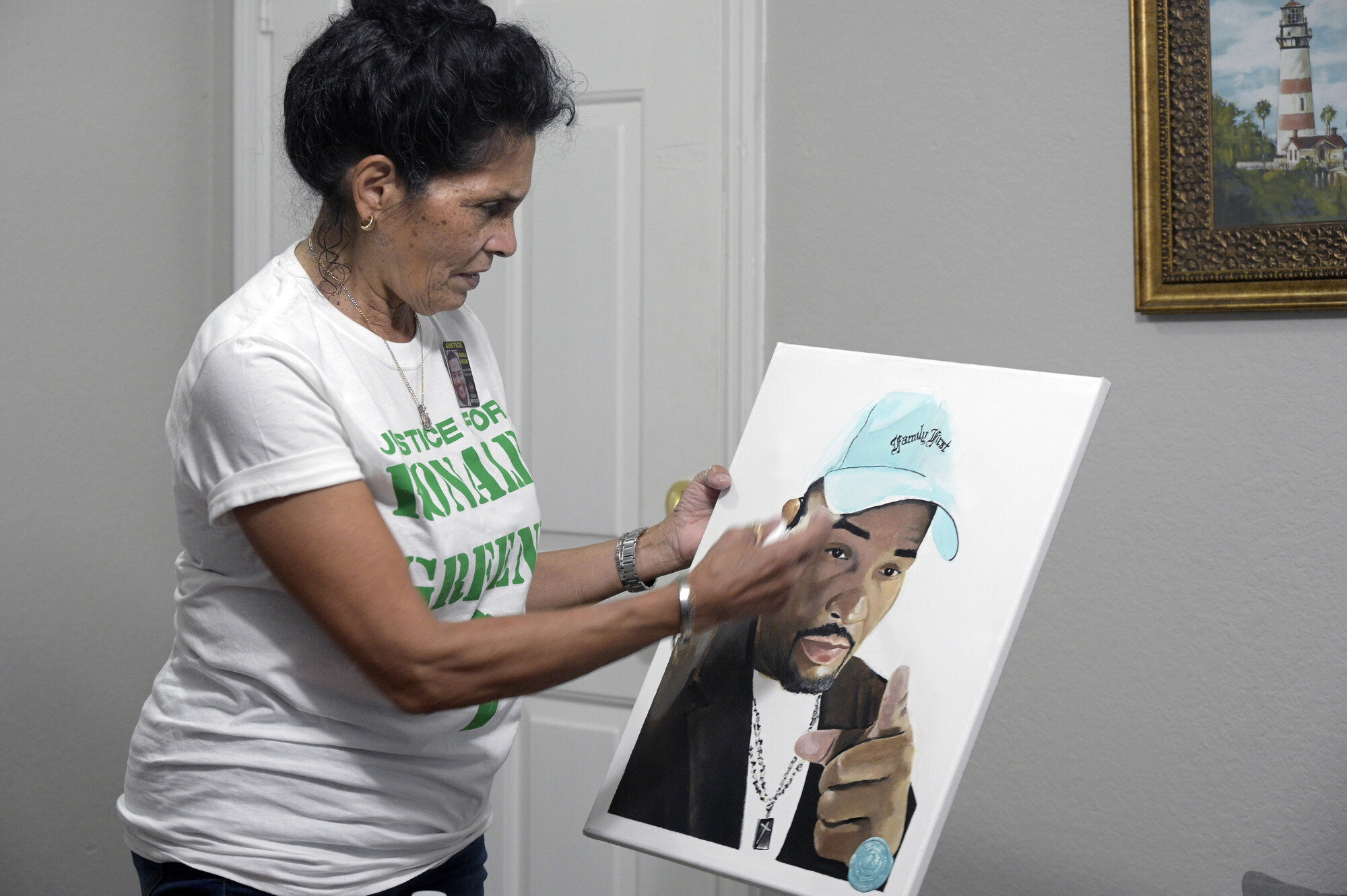 Mona Hardin holds a painting of her son, Ronald Greene, who died during an arrest after he was punched, stunned and dragged by Louisiana State Police in 2019. Phelan M. Ebenhack/Associated Press
By Jamiles Lartey

The Department of Justice announced an investigation into the Worcester, Massachusetts, police department this week. The probe will look at whether police there have engaged in a “pattern or practice” of discrimination or excessive use of force.

It’s the sixth such investigation launched under the Biden administration, which has embraced this power to “police the police,” unlike its predecessor. Authorized by the 1994 crime bill, these investigations have typically examined large municipal police departments, but one of the most well known took place in Ferguson, Missouri, after the 2014 death of Mike Brown. Federal investigators concluded that city police there were more focused on collecting revenue than public safety, and that racial bias pervaded virtually all of the department’s work.

In most cases, these investigations lead to a “consent decree,” which is an agreement between a city and the federal government on steps to correct unconstitutional practices, enforced by a federal judge and overseen by an independent monitor. Studies in several cities have found that after investigations and reforms, crime rates and police violence both went down. Critics, on the other hand, say the interventions are too expensive and overly constrain officers.

Before Worcester, the most recent police agency to come under a Department of Justice investigation was the Louisiana State Police this summer. The agency had racked up a string of racist and violent scandals in recent years, including an instance in which a White officer used a racial epithet to refer to his Black colleagues while complaining about the success some had on a promotional exam. “They’re not smarter than us,” he said, according to disciplinary records.

The tipping point for the agency was the revelation that troopers lied about the 2019 death of Ronald Greene, a 49-year-old Black man. After a trooper attempted to pull Greene over for an unspecified violation, Greene led officers on a high-speed chase before eventually stopping near Monroe, in north Louisiana. Officers punched Greene, used stun guns and pepper spray on him, handcuffed and shackled him, and left him face down on the road, according to body camera video obtained by the Associated Press. “I’m your brother! I’m scared! I’m scared!” Greene begged as officers beat and cursed him. He lost consciousness during the arrest and died.

This week a state grand jury began hearing evidence in a possible criminal prosecution of several of the troopers involved, who also face an FBI probe and possible federal charges.

“Pattern or practice” investigations take a lot of time and resources and the Justice Department has limited capacity to conduct them. Between 1995 and 2018 there were 70 such investigations, or about three a year (some departments have been investigated more than once). Compare that against the roughly 18,000 law enforcement agencies in the U.S. and the limitations become evident.

Yet a quick glance at news from just this week serves as a reminder of just how much possible police misconduct there is to be policed:

In Buffalo, New York, several retired officers testified that the police department provided “loose oversight and discipline,” and that racist language was commonplace in a special “strike force” unit. “[I]f the worst thing that happened on that day is that someone of these police officers, myself included, yelled a racial epithet back at them, I already said that’s a win,” said a former officer.

Three former officers in Sharon Hill, a suburb of Philadelphia, pleaded guilty to multiple counts of reckless endangerment in the fatal shooting of an 8-year-old girl outside a high school football game last year.

In Kansas City, Kansas, a former police detective was accused in federal court of using his post to help run a sex trafficking ring in the late 1990s. The indictment claims that Roger Golubski “chose young Black girls, ranging in age from 13 to 17 years old, to submit to sex and to provide sexual services to him.” ​​Through his lawyer, Golubski denied the allegations.

The Department of Justice’s civil rights division also can investigate mental health facilities, jails, and prisons, under different laws from the one that lets them look at police. This week the department opened an investigation in Oklahoma, probing whether people with behavioral health disabilities are being unnecessarily institutionalized.

Here too, a look at this week’s news shows just how much possible abuse there is to chase down at any given moment. A man was beaten in his Georgia cell by multiple jailers, according to video released Monday. In New York state, hundreds of women are preparing to sue alleging they were sexually assaulted by prison guards. In Illinois, a watchdog agency found a “widespread attempted cover-up” of a “brutal assault” on a patient at a state-run mental health facility.

All of these examples launched criminal, civil, or internal investigations of some kind, showing how accountability for police and other criminal justice agencies can come from many places besides federal civil rights investigators. But rarely do other kinds of investigations look deeper for systemwide problems, or force agencies to agree on how to fix them.