Despite Sensationalist Media Coverage, the Famous People at My Prison Aren’t in Any Special Danger

Celebrities get a lot of attention on both sides of the wall. But ultimately, we are all the same: warehoused property. 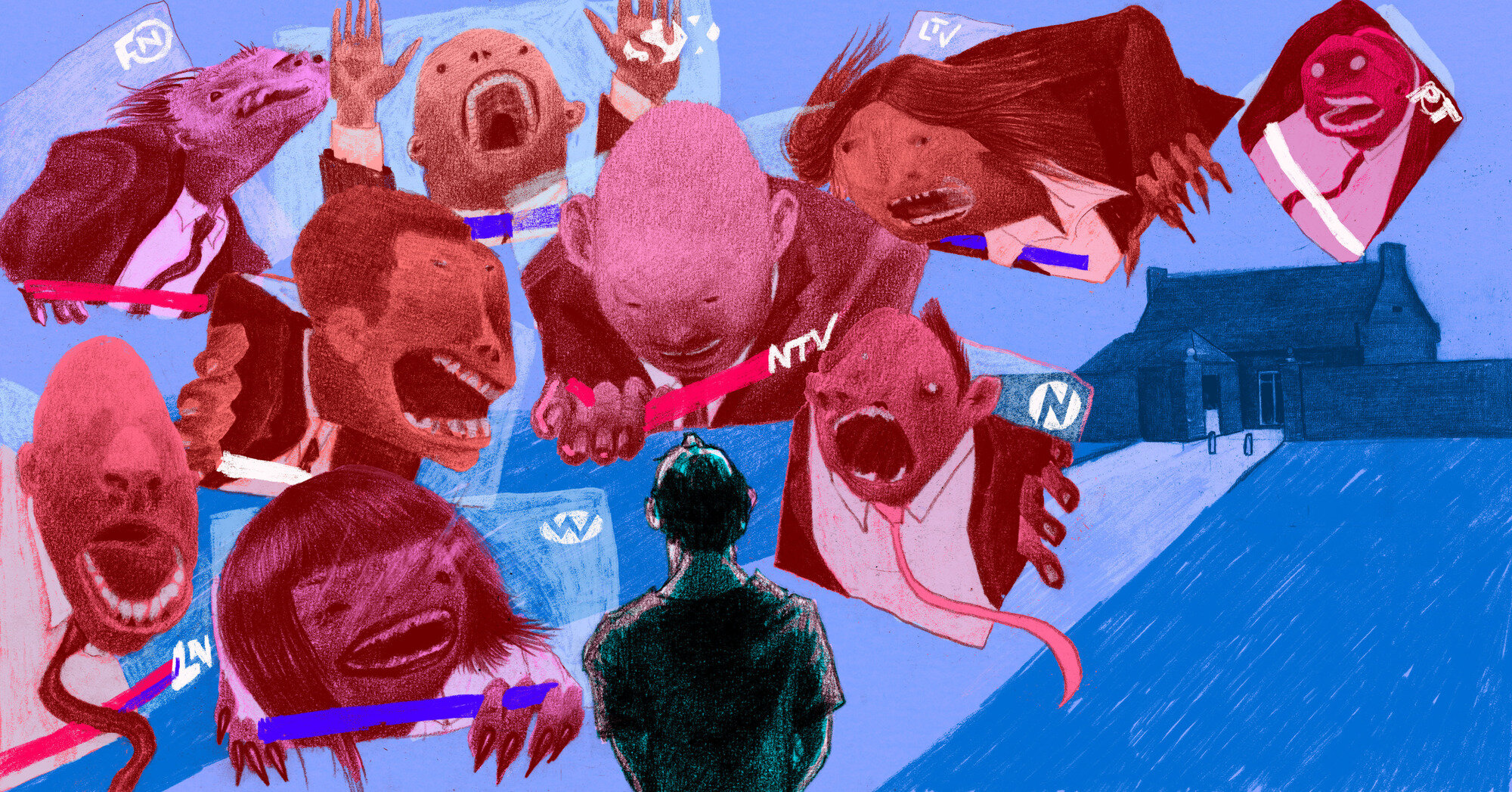 Diego Cadena Bejarano for The Marshall Project
By Anthony Accurso as told to Keri Blakinger
Perspectives from those who work and live in the criminal justice system. Sign up to receive "Life Inside" emailed to you every week.

We occasionally get people that are high-profile at this facility, and Duggar’s case seems exactly like with other celebrities. Some people think they know you because you’ve been on TV, and everybody wants to talk to you.

Like Christopher Epps — the former head of the Mississippi Department of Corrections — he’s in my unit. We call him Colonel. He’s a nice old dude. Thomas Rodella, who was a sheriff in New Mexico, was at this prison, too. We called him The Sheriff.

They ended up here because the Bureau of Prisons sometimes sends media-sensitive people to facilities like this one, which is known as a SOMP yard — that stands for Sex Offender Management Program. They send them here whether or not they’re sex offenders. Only about 60% of the people here are in the program.

For instance, The Colonel and The Sheriff aren’t sex offenders. They landed here because these places tend to be safer than regular prisons because there are fewer gang members.

Of course, some of the famous people at these SOMP yards are high-profile sex offenders. Jared Fogle — the guy who used to be in the Subway ads — is at FCI Englewood, which is a SOMP facility in Colorado. And we’re kind of expecting R. Kelly to come here.

But here’s the thing with celebrities: They generate all this outside attention. About a week or two before Josh Duggar showed up here, we started seeing this media coverage about how he was going to get help in a sex offender treatment program. But he probably won’t get treatment until the end of his sentence of 12 years and seven months because the BOP isn’t really interested in treating people — they’re just trying to make it appear like they are mitigating the risk that some of us may pose.

But aside from the bad — or, rather, inaccurate — coverage about the treatment he was supposedly going to get, there were the sensationalist, gossip rag articles about how he was scared of getting attacked. Sex offender prisons are just not like that, and the BOP makes sure high profile people are safe because it’ll be a black eye on the Bureau if they get hurt. So they send them to the safest prisons they can, and those are the sex offender prisons.

Why are sex offender prisons safer? Because we don’t tend to assault people for no reason. Sure, we’re painted as individuals who are violent and can’t control ourselves — and don’t get me wrong, there are some here who can’t — but a lot of people are here on pornography-related charges and don’t have any history of physical violence.

In regular facilities, sex offenders usually aren’t involved in prison gangs because most won’t allow them in. Here, it’s a little different because people in gangs are in the minority, so they will accept some sex offenders to keep up their numbers. It’s on a case-by-case basis; it depends on how heinous the crime was.

And the BOP weeds out some of the really tough guys and gang members anyway. When new people who aren’t sex offenders get off the bus here, staff doing intake tell them something like, “This is a SOMP facility, so there are a lot of sex offenders here. If you’re not OK with that, we’ll put you on a bus and ship you somewhere else.”

They give them a choice because a lot of the gangs have rules that require members to harass the sex offenders they live near. If you don’t harass them, you get disciplined or even killed by the gang. So places like this have a lot of gang drop-outs. Some members still participate in a gang here, but they really can’t go back and walk another prison yard. Usually, if they get sent here and stay here, they aren’t really concerned about the gang anymore because they’re just finishing the last few years of their sentence, and they know they’re getting out.

Of course, that doesn’t stop the gangs that are here from getting things done because they act collectively. Gangs and other groups are used to doing that, sometimes with violence, but sex offenders usually are not. So sometimes we get muscled out of things because we’re not willing to act like “real criminals.”

For instance, take the chow hall here at Seagoville. This part of the facility holds around a little over 1,600 people. But the chow hall only seats around 250 at a time, and the staff wants to get us all fed as quickly as possible. Up until a few weeks ago, some of the gangs that don’t like sex offenders had tables staked out. The gangs might let a sex offender sit at their table, but once the guy is back on the unit, they would roll up on him 12 deep. It didn’t stop until the staff started making everyone sit down in the order they walked in.

But even so, this isn’t the violent and scary prison the media made it out to be when they found out Duggar was coming here. The first person I know who actually saw him was a friend of mine, a nice man who works in the law library.

I’ve only seen Duggar once myself. We were on COVID lockdown for months after he got here, and he and I are on different units. When I saw him, it was just from several feet away, and he was doing a workout video, so I still haven’t gotten to talk to him.

I don’t know if he’s still scared like those stories said, but I wouldn’t ask him. I wouldn’t go up to somebody who’s frightened and say, “Hey, you don’t got any reason to be afraid!” because he would think I’m just trying to get him to lower his guard. If I run into Duggar again, maybe I’ll just ask him how he’s doing.

In the meantime, we’ll all go on our way trying to deal with the complications of being warehoused property. We’re just supposed to sit on the shelf of the warehouse and not burn it down until it’s time to be shipped somewhere else.

Anthony Accurso is a writer and paralegal who believes carceral punishment only makes the problem of crime worse. He is serving a 15-year sentence for downloading child pornography and is also a regular contributor to Criminal Legal News.

The Office of Public Affairs for the Federal Bureau of Prisons (BOP) declined to comment on COVID-19 lockdown periods and specific claims about the intake process for FCI Seagoville. They stated that the “BOP is very interested in providing sex offender treatment” and that it offers two types of treatment programs. When asked about how many people the dining hall at FCI Seagoville holds, BOP said it “has an approximate rated capacity of 335.”