What are we willing to sacrifice to raise ourselves out of the mire of a perpetual holocaust?”

Asked about why racial reconciliation efforts have failed, Mr. Stevenson concludes, “I actually think we’ve never really tried to succeed.” True. Instead we have spun feel-good sagas about Civil Rights icons and Confederate might and immigrants who built empires with their bare hands, and we are satisfied to share these bedtime stories with our children in order to perpetuate the myths. What are we willing to sacrifice to raise ourselves out of the mire of a perpetual holocaust? Could we start with the narrative? For example, there was nothing great about the migration that forced my ancestors, the Lawsons from Arkansas to California beginning in the 1920s. They fled a trail of crushed skulls and slain black WWI veterans who dared to appear in uniform in public. No family elder told me these origin stories. Although I was showered with many tales of births and deaths and marriages and holidays and schooling and jobs, all of these events took place in California. The impact of post-traumatic stress must have made it advantageous to avoid mention of the days of the black pit so that everyone could maintain the sanity needed to work and pray and raise their children. I had to discover the name of our small “hometown” in a book about the horrendous reign of terror meted out during the summer of 1919. But I see evidences of its impact embedded in the DNA of the generations that have issued forth since, in a listless search for solace and a restless quest for validation and security.

What might happen if this nation were to become purposefully introspective about the roles we all play in a system that is built on belief in racial superiority and inferiority? Like Saul on the road to Damascus, there would assuredly be days of turmoil. Then America might awaken in the privacy of its own chamber after long nights of prayer and struggle to find that it had become a new creation. 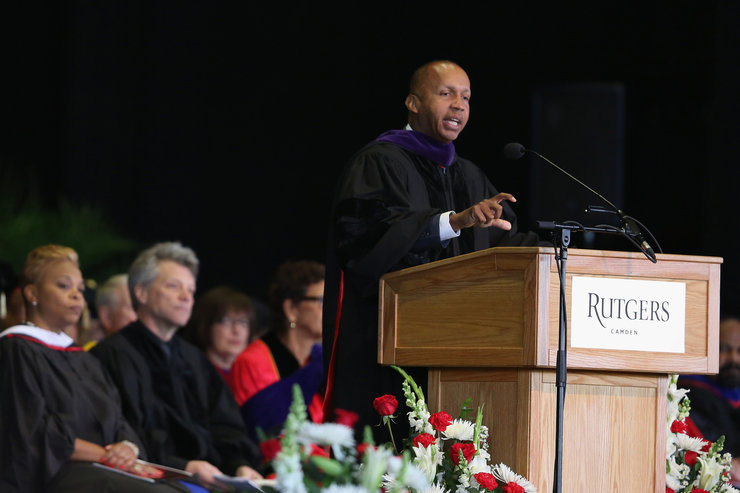 Q&A June 24, 2015
Bryan Stevenson on Charleston and Our Real Problem with Race
“I don’t believe slavery ended in 1865, I believe it just evolved.”
By Corey G. Johnson