When the face of protest is feminine...there is a monumental problem relative to masculine protection of our communities.”

Several years ago, I searched for my brother’s gravesite. He had died at two months of age in 1959. My family couldn’t afford a headstone. An issue developed relative to the exact location of his site. We stopped going to the cemetery. After my mother died, I renewed the search for my brother’s site, because I now knew how my parents grieved about the lost opportunities to visit their child’s grave.

I went to the cemetery, approached a Caucasian female and stated my purpose. She asked for my brother’s name and death date. I told her. She was about to search the records when a much younger African-American woman repeated the date, and said that my brother wasn’t buried in the cemetery because it was segregated at the time. She told me that he was buried in the cemetery located behind the one that I was visiting.

Two revelations subsequently occurred to me. My brother was a victim of segregation, which necessitated my family traveling from the city to the county to bury him at a black cemetery, and that the Caucasian female was oblivious to the situation because segregation had no impact on her—no inconvenience, no indignity, thus no empathy.

It is the second revelation that has to be considered when commenting about the aggression towards black or brown people. Caucasians, impervious or indifferent to the tenuous lives that we live, will respond, nearly 100% of the time, with caustic statements that usually start with “if.” “If she had obeyed the officer…,” and most pathetic is the rush by black or brown people to join the choir of critics. There is perverse comfort in assuming that if we just don’t engage in certain behaviors, like playing with a toy gun, we won’t be killed.

It is this delusion that causes the murders to be treated as public address announcements that have a very short shelf life, particularly if the victim is female. Bland’s death is off the radar until she is needed as an example when the next person is killed. There were three women in one cell and Sandra was alone in another cell. Her isolation was deliberate.

When the face of protest is feminine, whether the victims are females or males—even the children at the pool party in McKinney, Texas said that they were going to tell their mothers—there is a monumental problem relative to masculine protection of our communities.

I heard a speaker say recently that he was sick and tired of hearing a black person whine that they (Caucasians) did it to him because he’s black. He said, no they did it to you because they are Caucasians.

LETTER TO THE EDITOR July 31
“Even if the officer’s actions are technically explainable, his police work is outrageous.”
Responding to The Sandra Bland Breakthrough
These letters written in response to 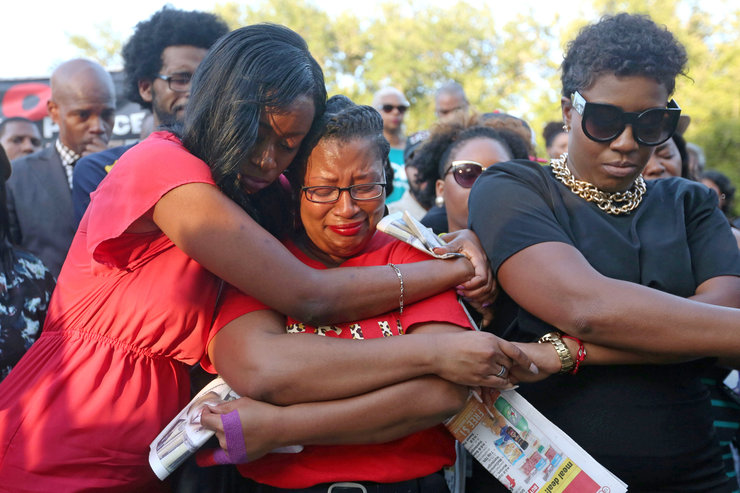