Both prisoners and ex-prisoners...must receive 100 percent of their constitutional rights. ”

The 1787 United States Constitutional Convention gave rise to the Three-Fifths Compromise count of chattel slaves as three-fifths of a human being. This compromise was reached between delegates from southern and northern states.

Both prisoners and ex-prisoners, if counted as 100 percent human being resident citizens of any state, must receive 100 percent of their constitutional rights. These rights include: freedom from cruel and unusual punishment, freedom of speech, freedom of assembly, due process and equal protection, the right not to be a slave, and the right to vote.

All social welfare benefits must be extended to both prisoners and ex-prisoners if states receive federal funds for these populations, including: food stamps, housing, employment, education, medical/dental, and transportation. States unwilling to comply need to both be denied federal funding and political representation for these inside and outside populations; and to be prosecuted for voter and tax fraud. 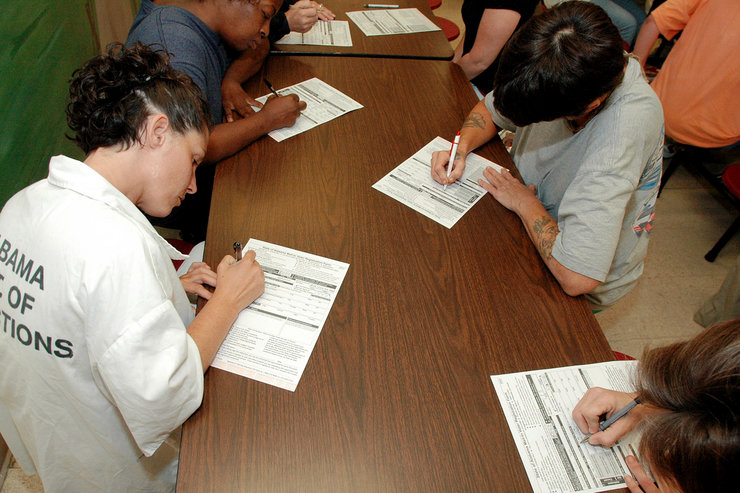 News August 5, 2015
If You Commit Murder, Do You Have the Right to Vote?
The evolving state of voting rights for prisoners.
By Christie Thompson