Of the thousands of cases I have handled, I can not think of a single one in which I would not have savored the availability of body camera evidence. ”

Ms. Pezdek's commentary misses the point of both body cameras and the purpose of of our criminal justice system. I have been a criminal defense attorney for 33 years. In my early years I was a public defender in the busiest criminal courts in New York City and I co-founded the public defenders office known as the Bronx Defenders in New York.

Of the thousands of cases I have handled, I can not think of a single one in which I would not have savored the availability of body camera evidence.

It's fairly unusual for me to agree with NYPD Police Commissioner Bratton, but he got it right when he said that the use of body cameras is not "a game of gotcha with the cops.” It's about integrity and accuracy.

Ms. Pezdek suggests that the viewing of body cam video before testimony will "taint" police testimony. Why would accuracy 'taint' testimony? No! It will make it more accurate. As a defense attorney, I don't want to catch police officers in a lie... I want them to testify accurately!

Body cam video should be made available to the defense at the earliest moment of every case. Like the provision of early open file discovery in criminal cases, it would facilitate early dispositions and eliminate false claims against defendants and policed alike.

All citizen police encounters should be taped and all tapes should be retained permanently. Access to those tapes should be available on demand by anyone taped or who has a reasonable basis to believe they were taped and by law enforcement for a legitimate law enforcement purpose. Defining "reasonable basis to believe" and "legitimate law enforcement purpose" can be legislatively or judicially defined. Video should be available for viewing by participants in criminal cases, police and defendants alike, at the earliest moment. Why should discovery of evidence be more restrictive in criminal cases with liberty is at risk than in civil cases where monetary penalty is the only risk.

We should eliminate the opportunity for individual police officers to exercise any judgment concerning where and when the camera should be turned on. Keep it simple. When they are working it should be on. The opportunity for innocent individuals to demonstrate lack of criminal conduct would be increased and likewise, police would be protected to the greatest degree possible from false claims.

The opposition to this brave new world of video, where actual facts might finally be entered into the fact finding function of criminal courts, often complain of diminishing privacy interests. We always balance privacy interests against other rights. Cameras and surveillance are a reality. Eliminating police judgement in the use of body cameras will result in increasing police integrity, eliminating false claims against the police, limiting abusive police behavior and decreasing false arrests. 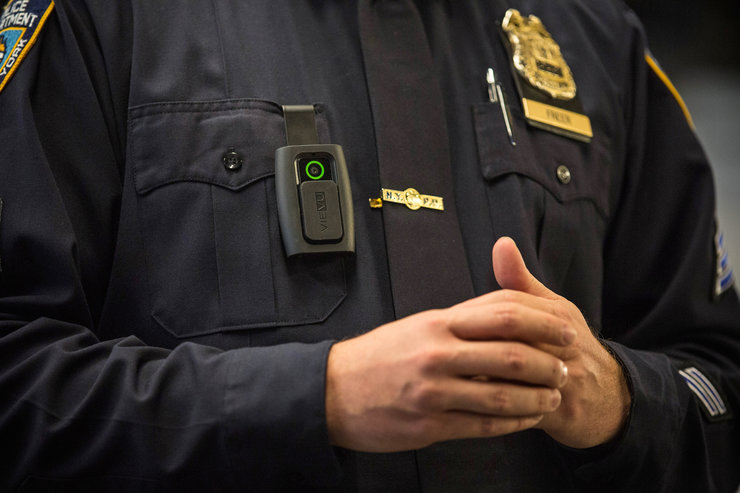 Commentary August 13, 2015
Should Cops Get to Review the Video Before They Report?
Sorry, Mr. Bratton. Science says no.
By Kathy Pezdek