The people who are talking don’t know and those who know aren’t talking. That’s the way this cold, fretful week begins, with the nation awaiting word from the grand jurors in Ferguson, Missouri, who must decide whether police officer Darren Wilson should be criminally charged in the shooting death of teenager Michael Brown this past August.

The news this afternoon that Missouri Gov. Jay Nixon has declared a “state of emergency” in the state lent immediate credence to news reports that a grand jury decision in the case might be near. “The St. Louis County prosecutor has said publicly that an announcement of the grand jury’s decision will be made later this month,” Nixon said in a statement, which left only this week and part of next week before the Thanksgiving holiday. 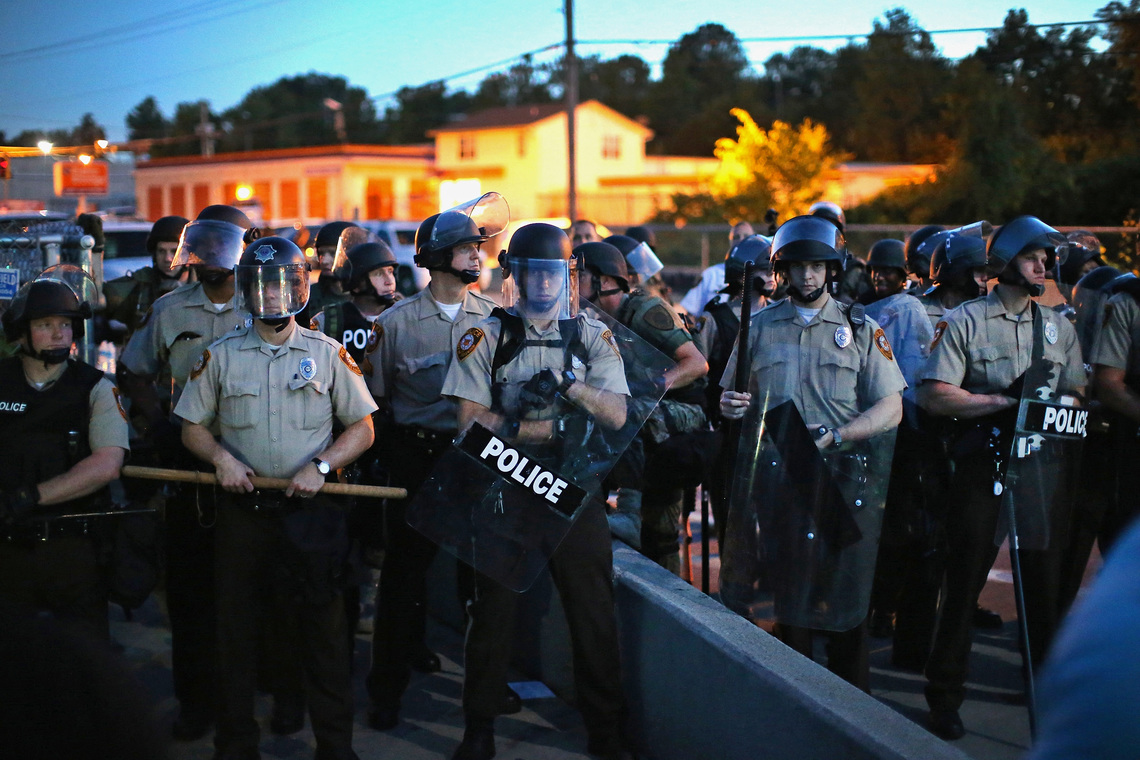 There have also been suggestions that the grand jury is unlikely to indict Wilson, but it is impossible for anyone beyond the small circle of participants – the grand jurors, prosecutors and perhaps a few clerks – to know precisely what evidence the grand jurors have been evaluating or how they are reacting to what they are seeing and hearing. For example, one report late last week in the St. Louis Post-Dispatch, based on radio dispatch records obtained through the state’s Sunshine Law, revealed that the fatal encounter between Officer Wilson and Michael Brown on August 9 may have lasted 90 seconds or so. But that time frame that tells us mostly only how quickly so much can change in so many lives.

That same Post-Dispatch report also includes a video that has not been seen before in public, one that shows grainy images of Wilson after his encounter with Brown. These images, the Brown family contends, suggest that the officer’s face was not nearly as battered from his confrontation with Brown as had been reported previously. And, speaking of videos, The Guardian posted a piece over the weekend with footage of another interaction with a Wilson and Ferguson citizen from 2013. This one that did not result in the death of a black teenager on a hot summer street.

None of these news items clarify the contradictory picture that has emerged since the shooting. The law clearly is on the side of the police – their prosecution in such cases is rare no matter where in the country these fatal shootings take place – a point made before and then again Sunday in this smart piece in the Los Angeles Times. Whatever else you hear in the coming days, remember, it all comes down to one of the most ambiguous words in the lexicon of American law: reasonableness.

The way in which that standard is applied has nothing to do with what outsiders believe, in hindsight, may have been reasonable for Wilson to do when he and Brown confronted one another. It depends instead on what the police officer thought in that fated moment, and whether his thinking was “reasonable” for someone with similar experience in a similar situation.

In other words, the officer gets the benefit of the doubt, along with all the other advantages that accrue to police officers from prosecutors when it comes to weighing the possible criminal charges. That’s why the Brown family was so furious about the leak of the young man’s autopsy report last month. It created a public narrative and a form of premature expectation about how this story ought to end, at least as far as any state criminal proceeding is concerned. But that report represents only a fraction of what the grand jury knows and, in any event, the Brown family evidently brought its own forensics expert to talk with grand jurors.

The men and women who have to make this decision did not ask for this job, and yet they could hardly avoid it. They are constrained by law and by tradition to a very narrow view of a very broad story. They didn’t create the legal standards of police conduct that will determine how this tragedy next unfolds. They aren’t responsible for the dysfunction between the citizens of Ferguson and the police sworn to protect them. No matter what they tell us, or when, they will infuriate tens of millions of their fellow citizens. And then, when they are done, they are required by law to keep quiet about it for the rest of their lives even as the nation roils in furious reaction to their verdict.