It's not over for Ferguson.

The legal fight over what happened in Ferguson, Mo., may be far from over.

In the wake of the grand jury decision not to indict Darren Wilson, the police officer who shot and killed Michael Brown in August, some legal experts said a federal civil rights suit against the officer would probably have little chance of success. But Brown’s family could still file a civil suit for damages, and some examples from the recent past suggest that their prospects in that case might be considerably better. 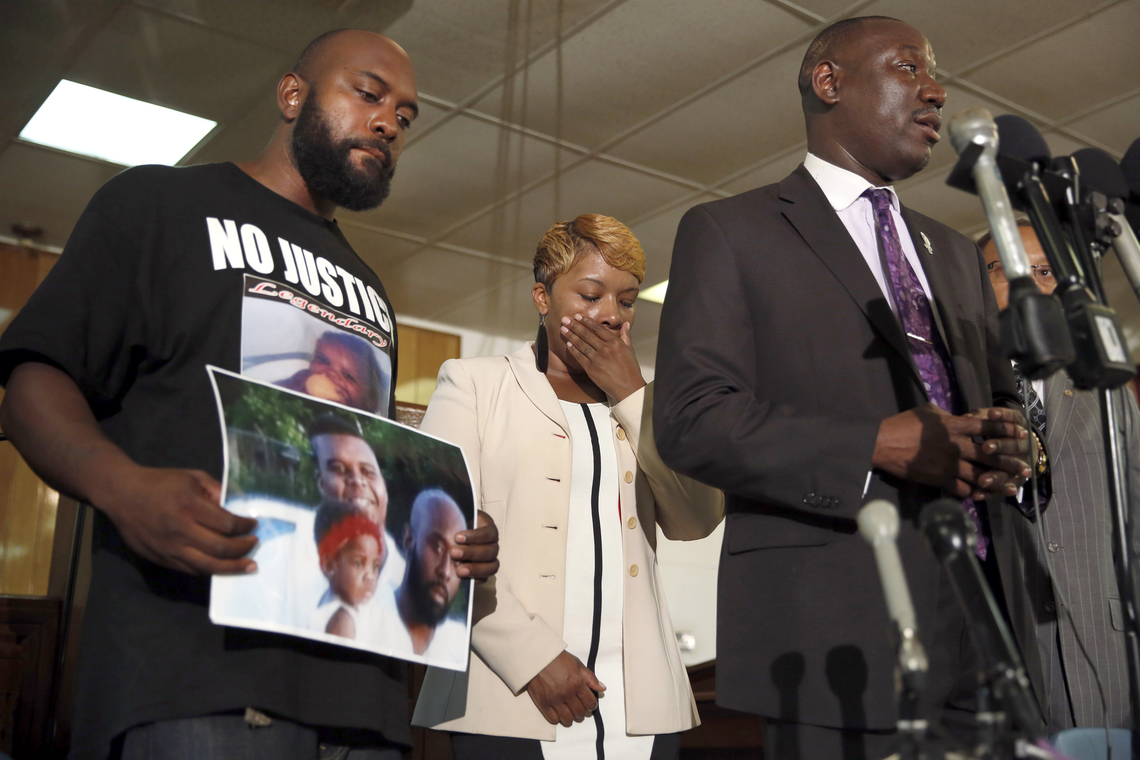 Michael Brown’s parents, left, at a news conference with their attorney Benjamin Crump on Aug. 11, two days after their son was killed.

The grand jury decision on the Ferguson case was in keeping with a longstanding pattern: Police officers rarely face prison time after a fatal shooting, as the Los Angeles Times reported last week. One reason is that intent is hard to prove “beyond a reasonable doubt,” prosecutors tend to see police as allies, and jurors are inclined to be sympathetic to law enforcement.

But cities often pay out six- and seven-figure settlements and judgments in police misconduct civil cases, where the burden of proof is more favorable to accusers.

"Will there be a civil suit? Yes,” said Jonathan Moore, who represented four of the five plaintiffs in the Central Park Five civil suit, which New York City settled for $41 million. “And it won’t just focus on what happened with Michael Brown and the officer. It will go to the issues of whether the officer is properly trained, what kind of background he has, should he have been a police officer. There are all kinds of areas to explore in respect to the civil case that aren’t normally a part of the criminal case.”

Moore pointed to the case of Amadou Diallo, an immigrant from Guinea who was shot and killed by four New York City police officers in 1999. The officers were charged with second-degree murder and were acquitted by a Bronx jury. Diallo’s family later received a $3 million settlement of its lawsuit against the city.

Where juries in criminal cases have to find guilt “beyond a reasonable doubt,” in civil cases, the plaintiffs only need to establish “a preponderance of evidence.”

Moreover, Moore said, while a criminal case would focus on the culpability of the police officers, a civil suit would shift attention to the lost potential of Michael Brown and the grief of his family.

In an interview, St. Louis attorney Stephan Ryals, who says he has sued Missouri police officers more than 100 times in his 30-year legal career, urged the Brown family to pursue a civil case. Juries in Missouri, he cautioned, “tend to be conservative, tend to be more pro-law enforcement.” Ryals said he only takes cases in which the shooting victim seems to have a clean background or where police abuse has occurred. He “would consider” taking the Brown family’s case, he said.

“As I learn more facts,” Ryals said, “it appears that there is a decent argument that shooting was unlawful.”

Ryals’ biggest settlement was for $2.4 million against Moberly, a city of 13,974 northwest of St. Louis, where officers in 2008 fatally Tasered a 23-year-old man during a traffic stop for suspected drunken driving.

Kevin Richardson, the youngest member of the Central Park Five, said he, too, would encourage the Brown family to sue, but not to expect the settlement to provide emotional healing. Richardson spent seven years in prison, part of a group of African-American men wrongfully convicted of sexual assault in a 1989 case. The city settled the case in September, paying the exonerated men roughly $1 million apiece for each year in prison.

"There is no amount of money that can repair what we endured," said Richardson, who was 14 at the time of his arrest and is now 40. "An apology would have been nice.”