What You Need to Know About Body Cameras

Police cams are all the rage. Are they the answer?

President Obama promised yesterday he would respond to the “simmering distrust” between police and the communities they serve with concrete action. Among the most substantial of his initial proposals to improve police accountability is a plan to buy 50,000 new body cameras for law enforcement agencies nationwide.

The equipment – which will cost an estimated $75 million of the $273 million Obama has pledged for the community policing initiative – will be a boon to a budding industry. It is more than seven times the revenue earned from the devices in 2013 by one major body-camera producer, Taser, and it will nearly double the roughly 70,000 cameras in use.

Body cameras are neither new technology nor an original idea for police reform. But the upheaval in Ferguson has quickly brought them to the forefront of discussions about how to mitigate incidence of police misconduct – and how to arbitrate cases where the exact nature of conduct isn’t clear.

Four days after Michael Brown was shot in August, a petition to the White House calling for mandatory use of body cams was started and had 100,000 signatures within a week. The total is now over 150,000. In their statement following the grand jury’s decision, Brown’s parents asked the public to “join with us in our campaign to ensure that every police officer working the streets in this country wears a body camera.” Missouri Governor Jay Nixon said simply, “I believe in cameras.” Senator Claire McCaskill proposed making federal funding of police departments conditional on their use of cameras.

The Justice Department has been exploring related questions of how best to document police conduct since at least 2011, and released a set of “recommendations and lessons learned” this fall.   Until now, however, body cameras have been adopted only gradually across the country. One reason, which Obama’s bankrolling may begin to resolve, is cost: the price tag for each camera is somewhere between $800 and $1,200.

A greater obstacle may be ambivalence about whether the technology is a good idea in the first place. The concerns come from a wide array of sources. The ACLU came out this fall in favor of equipping cops, but in the past has stopped short of full endorsement because of fear that body cams will become “another broad surveillance tool.”

Ensuring this doesn’t happen will mean navigating murky and untested legal terrain – what one ACLU analyst called a “wild West situation.” In Seattle, for example, Courts have wrestled with the question of what consent is required to initiate camera recording. In Denver, policymakers are anticipating a range of thorny issues. What happens to an officer who intentionally turns the camera off? When will footage be made available? Where? To whom? 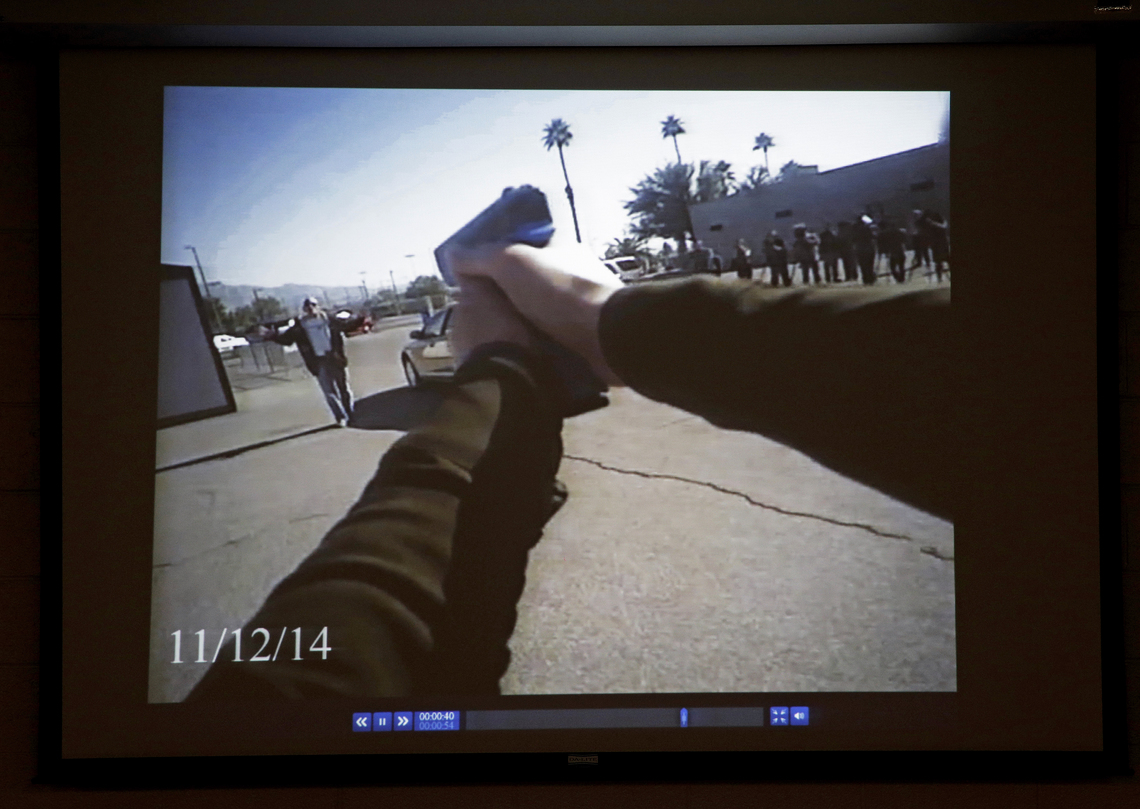 Ethical and legal questions overlap with more practical ones. How much footage can and should be recorded? Most cameras are designed only to be activated during an encounter deemed worthy or necessary of documentation; otherwise the volume of recordings would become so vast it would be virtually unusable. But less isn’t necessarily better: a study of New Orleans police found that even when cameras were present in police cars, they were only turned on in about a third of “use of force events,” creating what officials called “justified suspicion among citizens.”

As an alternative, other types of body cameras can run continuously and feed live video to headquarters, effectively turning officers into “walking security cameras.”

Police, who will have to navigate all these issues, are divided. Some fear that bad quality videos may not accurately capture what happened on the ground. Others worry that police departments may wield the footage to punish low-level officers.

Officers in Miami-Dade’s police union have opposed measures to require body cameras, on the grounds that they will keep cops from doing their job well, while putting them in harm’s way. “If an officer hesitates for even a second in a life-threatening situation,” they argued, “it can cost that officer his or her life, and/or put the lives of others at risk.”

By contrast, Ohio cops have discovered that cameras often work in their favor – proving allegations of misconduct to be false. And they, like non-uniformed observers, have a vested interest in promoting transparency. “They keep officers true; we talk to people differently,” said one officer in the state.

Anticipating that cameras are inevitable, some officers are weighing in with best practices for body cam use. “10 bodycamera patrol tips to keep attorneys off your back,” published by a policing website, includes everything from tips about using profanity while on duty to advice on presenting video in court.

Even before yesterday’s White House announcement, adoption of cameras appeared to be in full swing. New York’s police department, the country’s largest, is launching a pilot program to test the cameras. Portland has pledged to equip most officers within the year. In Ferguson, the police chief reported that cops are “really enjoying” the new technology. Shares of Taser International, the camera producer, went up 6 percent after one department bought over 600 devices. Even the border patrol is considering following suit. Obama’s endorsement – not to mention his budget – may hasten the arrival of what New York police commissioner, William Bratton, has called the “next wave” of policing. Or it may just be a drop in the bucket: as one writer pointed out: 50,000 more body cameras can only go so far in a country with 630,000 cops.

• “The Big Picture: How do police body cameras work?” (The Wire)

• “Should every police officer be outfitted with a body camera?” (NBC)