As Attorney General Eric Holder prepares to leave office, two upcoming events seem sure to shape his legacy, and President Obama’s, on the death penalty. But they seem to point in different directions.

The better known is the trial of Boston Marathon bomber Dzhokar Tsarnaev, which kicked off its lengthy jury-selection process on Monday. It is the biggest federal death-penalty trial in a generation. But the lesser known has potentially larger implications: Holder has promised the president a report on the federal government’s use of the death penalty. 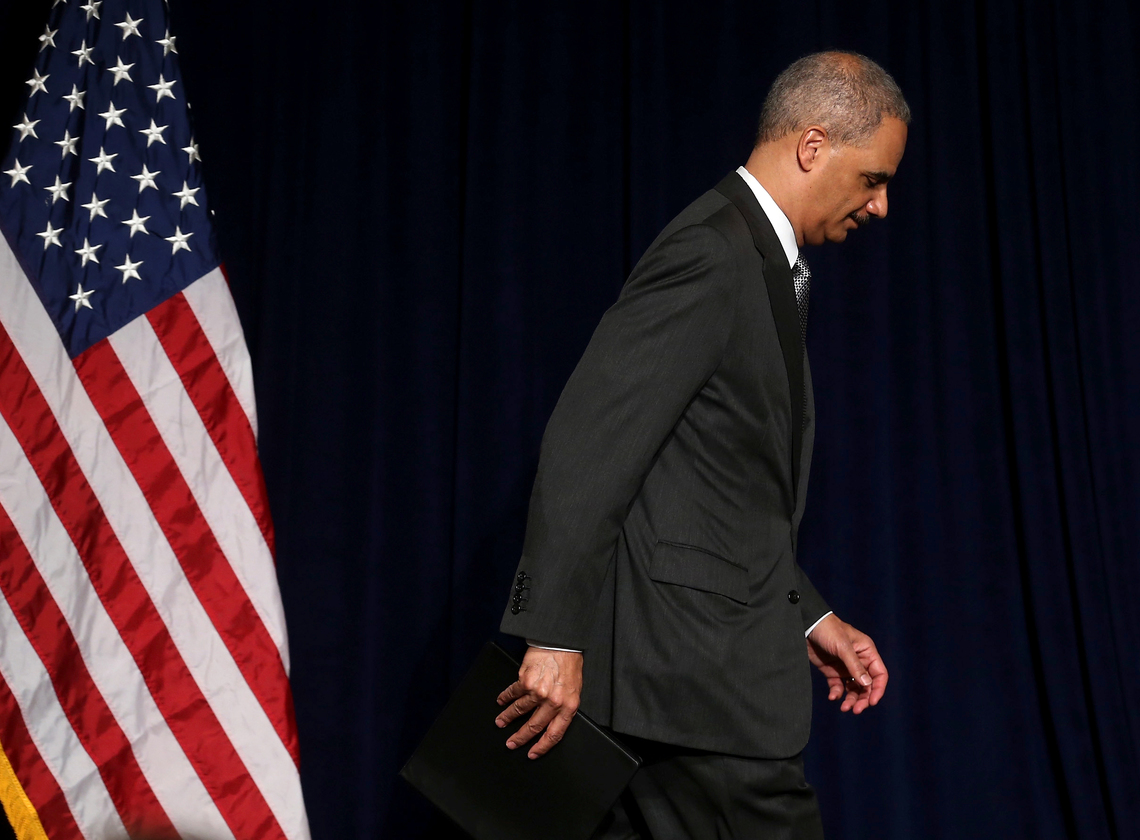 Holder is an opponent of capital punishment, and though he has imposed it on occasion – citing his duty to implement current laws – he has indicated that his report to the president will be broadly critical of how the punishment is meted out. Will the federal government follow the lead of the states, most of which (including Massachusetts) have abolished the death penalty in practice if not in law? Will terrorism cases like the one in Boston be an exception?

Democratic administrations have long pursued inconsistent policies when it comes to the federal death penalty, which was reinstated by Congress in 1988.

The year before Bill Clinton attempted to speed up executions with the 1996 Anti-Terrorism and Effective Death Penalty Act, his attorney general, Janet Reno, started requiring that all federal prosecutors submit potential death penalty cases to her for review. In September 2000, she commissioned a report on the fairness of the federal death penalty system. She put Holder, at the time her deputy, in charge.

Holder’s researchers discovered that federal prosecutors were far more likely to recommend the death penalty for minorities. Echoing Clinton and Reno, Holder told reporters, “No one reading this report can help but be disturbed, troubled by this disparity.”

Movement on the issue abruptly stopped when Republicans took the White House. In 2001, Attorney General John Ashcroft told lawmakers of an "absence of any evidence of bias or racial discrimination in the federal death penalty.”

The Obama administration has said little publicly about capital punishment, while quietly seeking the death penalty less often in federal cases. Holder’s department obtained 11 death sentences during Obama’s first term, down from 20 during Bush’s second term. During his confirmation hearings, Holder told lawmakers he personally opposed the death penalty, but would “enforce the law.”

In January, Holder agreed to allow prosecutors to seek the death penalty against Tsarnaev for the Boston Marathon bombing, citing the exceptional nature of the crime and its rare status as a mass act of terrorism.

Although the impetus for the report was specifically a question of lethal injection protocols, Holder has indicated that his report may look more broadly at “the policy behind the death penalty.” In November, he told The Marshall Project that problems with lethal injections are “pushing this country toward some really fundamental questions about…continued use of the death penalty” and said he was not certain that an innocent person had never been put to death in the U.S. Holder has announced his intention to submit the report to Obama before stepping down in the coming weeks, as soon as his successor is confirmed.

Ironically, Holder’s misgivings about botched executions and innocence issues were cited by Tsarnaev’s defense attorneys in their argument that the federal death penalty as a whole should be ruled unconstitutional. At the time, in May, Justice Department attorneys countered that numerous appeals courts and the Supreme Court itself have upheld the constitutionality of federal death-penalty laws.

Both the prosecution and defense are keeping quiet as to whether Tsarnaev has been offered a deal to plead guilty in exchange for a life sentence. The fact that there has been no indication that a deal was offered “makes you think that someone in the Department of Justice — maybe Holder — believes that this case merits capital punishment,” said Daniel Medwed, a professor of criminal law at Northeastern University in Boston. If they thought a life sentence was acceptable, prosecutors would likely have offered a deal to avoid a costly, cumbersome trial.

George Kendall, a veteran defense attorney in federal death penalty cases, speculated that Holder might have sought the death penalty to strengthen the Obama administration’s contention that terror suspects should be tried in civilian courts and not military tribunals. Obama has clashed with Republicans over the appropriate venue for terrorism trials, and a trial for Tsarnaev that results in a death sentence would show critics that civilian courts can be just as tough as military courts. “I think the only reason why they’re proceeding with the death penalty is they want to show successfully that terrorism cases can be tried in civilian courts,” Kendall said.

Regardless of whether these larger policy questions are at play, there is wide consensus that terrorism cases will remain outliers in the general decline of the federal death penalty. In a country still largely in support of capital punishment, death-penalty abolitionists only have so much wiggle room. “Some people thought this was an opportunity for Holder to express his personal opposition to the death penalty,” said Medwed, “but that’s asking a lot.”