A close look at the language of past State of the Union speeches.

During last night’s State of the Union Address, President Barack Obama became the first president to use the phrase “criminal justice” since President Ronald Reagan's 1983 address.

We may have different takes on the events of Ferguson and New York. But surely we can understand a father who fears his son can’t walk home without being harassed. And surely we can understand the wife who won’t rest until the police officer she married walks through the front door at the end of his shift. (Applause.) And surely we can agree that it’s a good thing that for the first time in 40 years, the crime rate and the incarceration rate have come down together, and use that as a starting point for Democrats and Republicans, community leaders and law enforcement, to reform America’s criminal justice system so that it protects and serves all of us.

Before last night’s address, Obama rarely mentioned criminal justice topics — though in his 2011 speech, he used the word “gangs” once, enough to put him in fourth place for most mentions of the word in a single State of the Union speech.

In anticipation of the president’s speech, the Marshall Project reviewed every State of the Union address — 228 of them, before last night — to see how former presidents have discussed the criminal justice system. As with any text analysis, the science isn’t perfect, and the ways in which leaders characterize the criminal justice system shifts over time (current buzzwords like “recidivism,” “mass incarceration,” and “juvenile justice” have never been used in a single State of the Union speech). But the results offer an interesting window into the history of crime, drug policy, and policing in this country.

Number of mentions for “crime”1 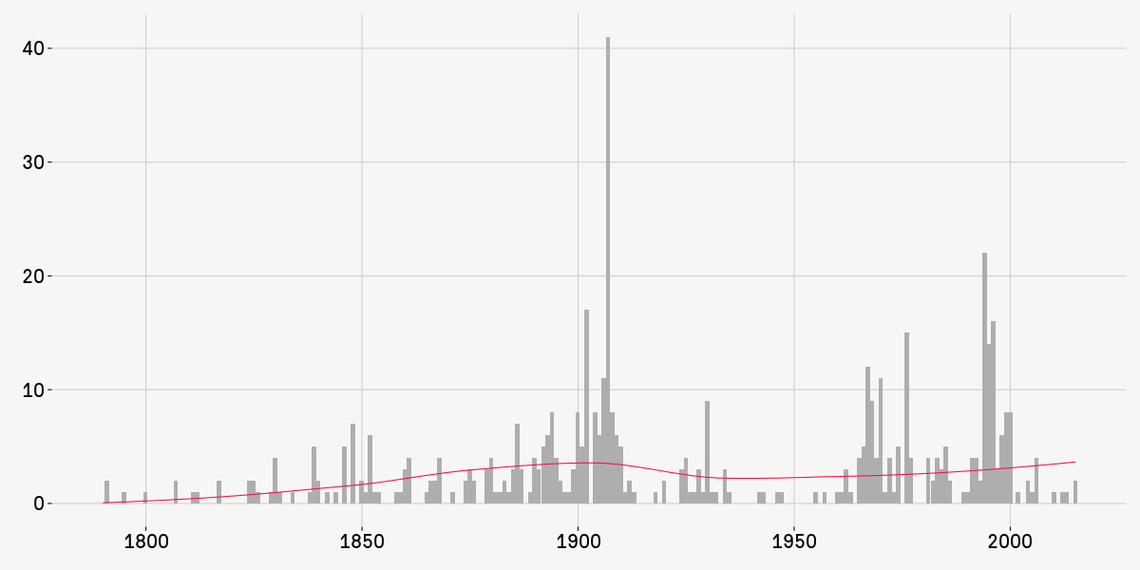 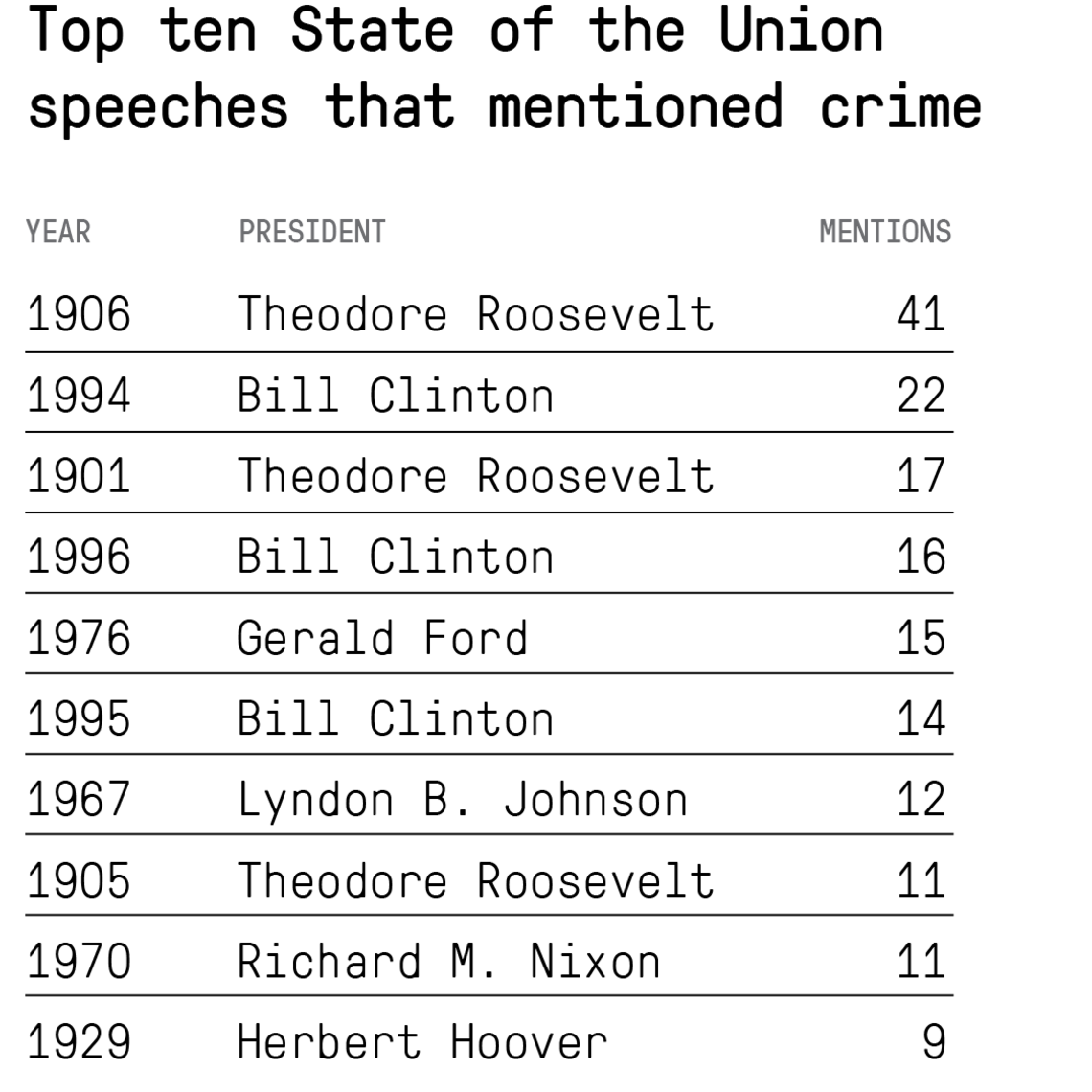 How it was used in speeches:

Three of President Theodore Roosevelt’s speeches ranked in the top 10 all-time mentions of “crime.” Roosevelt often used the word to both describe white collar crimes like embezzlement and corruption cases as well as violent offenses such as lynching and domestic violence (“wife-beating”). He also tended toward political hyperbole, describing funding cuts for the Navy as “a crime against the nation” in 1905. Near the end of the century, President Clinton used the term 22 times during a single State of the Union address, more than ten times the average mention per speech, in setting the stage for his 1994 crime bill.

“Lawlessness grows by what it feeds upon; and when mobs begin to lynch for rape they speedily extend the sphere of their operations and lynch for many other kinds of crimes, so that two-thirds of the lynchings are not for rape at all; while a considerable proportion of the individuals lynched are innocent of all crime…. As Bishop Galloway, of Mississippi, has finely said: ‘When the rule of a mob obtains, that which distinguishes a high civilization is surrendered. The mob which lynches a negro charged with rape will in a little while lynch a white man suspected of crime.’”

“Violent crime and the fear it provokes are crippling our society, limiting personal freedom, and fraying the ties that bind us.

“The crime bill before Congress gives you a chance to do something about it, a chance to be tough and smart. What does that mean? Let me begin by saying I care a lot about this issue. Many years ago, when I started out in public life, I was the attorney general of my state. I served as a governor for a dozen years. I know what it's like to sign laws increasing penalties, to build more prison cells, to carry out the death penalty. I understand this issue and it is not a simple thing. 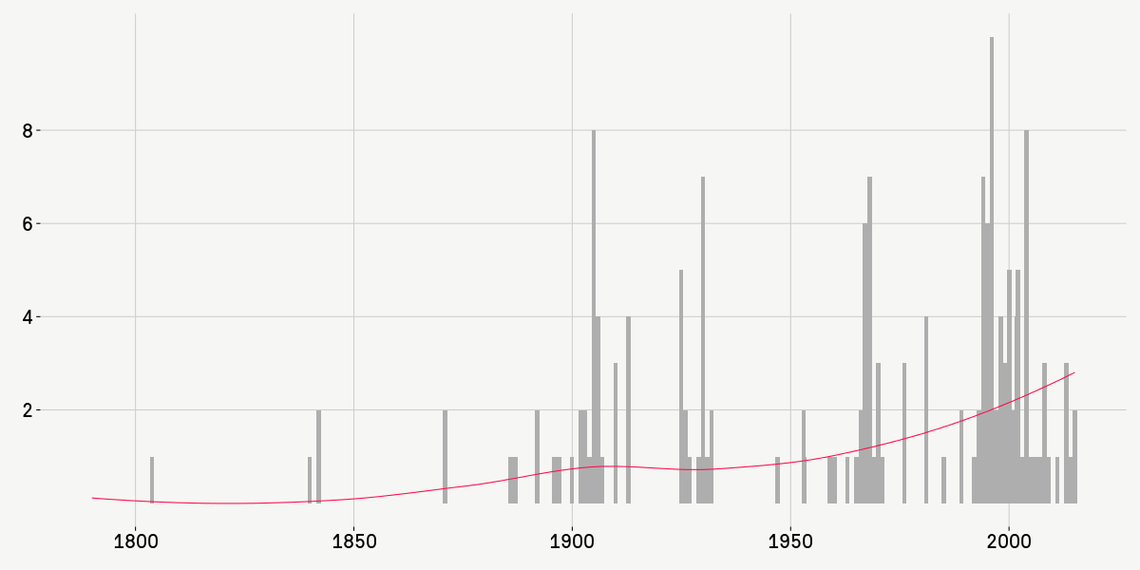 Again, Presidents Clinton and Roosevelt (the former superintendent of police in New York City) frequently spoke about law enforcement in their addresses.

“Our fourth great challenge is to take our streets back from crime and gangs and drugs. At last we have begun to find a way to reduce crime, forming community partnerships with local police forces to catch criminals and prevent crime. This strategy, called community policing, is clearly working. Violent crime is coming down all across America. In New York City murders are down 25 percent; in St. Louis, 18 percent; in Seattle, 32 percent. But we still have a long way to go before our streets are safe and our people are free from fear.

“The Crime Bill of 1994 is critical to the success of community policing. It provides funds for 100,000 new police in communities of all sizes. We're already a third of the way there. And I challenge the Congress to finish the job. Let us stick with a strategy that's working and keep the crime rate coming down.

“Community policing also requires bonds of trust between citizens and police. I ask all Americans to respect and support our law enforcement officers. And to our police, I say, our children need you as role models and heroes. Don't let them down.” 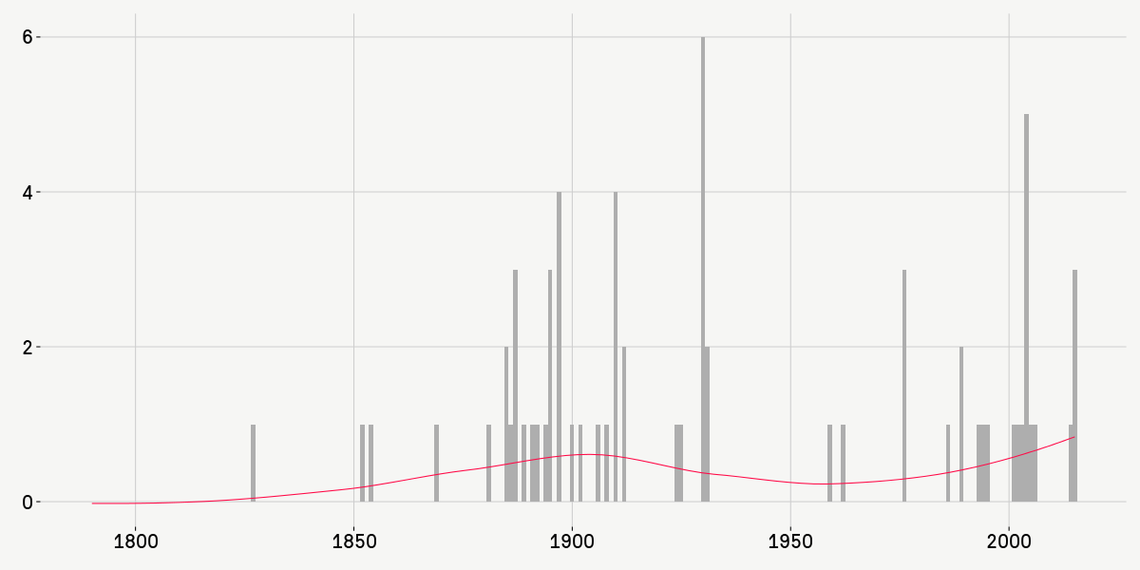 In 1929, President Herbert Hoover was only the latest in a long string of presidents asking for federal help to construct jails or prisons (beginning with John Quincy Adams in 1826). By 2004, President George W. Bush told Congress of the need to help those leaving prison and reentering society. Obama’s mentions of incarceration and his references to Guantanamo prison put last night’s speech in fifth place, tied with Presidents Grover Cleveland and Gerald Ford.

“Closely related to crime conditions is the administration of the Federal prison system. Our Federal penal institutions are overcrowded, and this condition is daily becoming worse. The parole and probation systems are inadequate. These conditions make it impossible to perform the work of personal reconstruction of prisoners so as to prepare them for return to the duties of citizenship. In order to relieve the pressing evils I have directed the temporary transfer of the Army Disciplinary Barracks at Leavenworth to the Department of Justice for use as a Federal prison. Not only is this temporary but it is inadequate for present needs.

“We need some new Federal prisons and a reorganization of our probation and parole systems; and there should be established in the Department of Justice a Bureau of Prisons with a sufficient force to deal adequately with the growing activities of our prison institutions. Authorization for the improvements should be given speedily, with initial appropriations to allow the construction of the new institutions to be undertaken at once.”

“In the past, we've worked together to bring mentors to children of prisoners and provide treatment for the addicted and help for the homeless. Tonight I ask you to consider another group of Americans in need of help. This year, some 600,000 inmates will be released from prison back into society. We know from long experience that if they can't find work or a home or help, they are much more likely to commit crime and return to prison. So tonight I propose a 4-year, $300 million prisoner reentry initiative to expand job training and placement services, to provide transitional housing, and to help newly released prisoners get mentoring, including from faith-based groups. America is the land of second chance, and when the gates of the prison open, the path ahead should lead to a better life.” 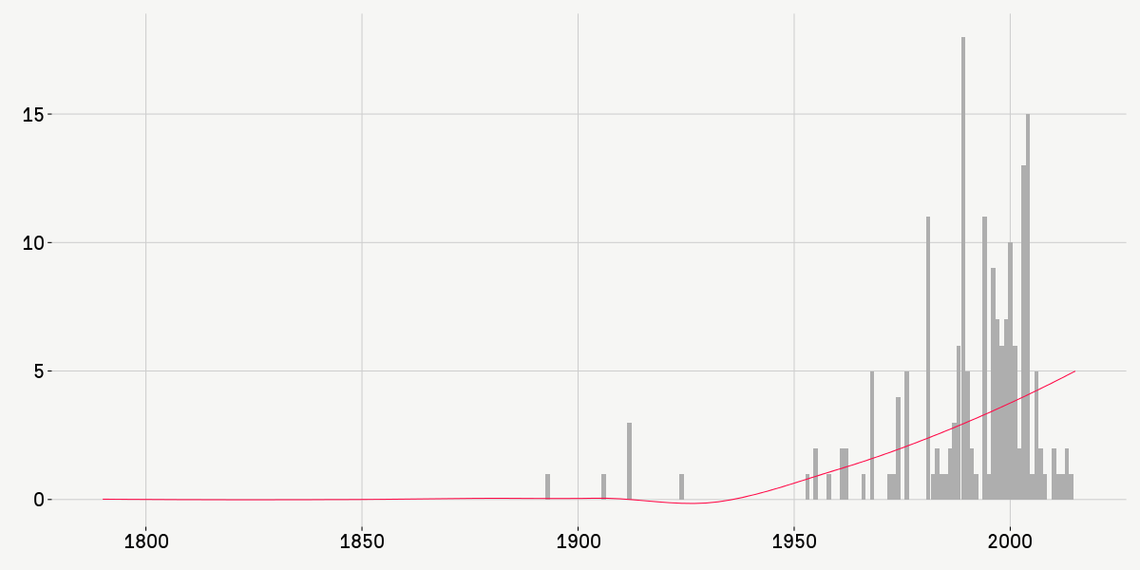 The contrast between how Presidents George H.W. Bush and George W. Bush talked about drugs in their State of the Union speeches was stark: The former argued for executing drug kingpins, the latter told drug addicts that he wanted to save their lives.

“I mean to get tough on the drug criminals. And let me be clear: This President will back up those who put their lives on the line every single day -- our local police officers. My budget asks for beefed-up prosecution, for a new attack on organized crime, and for enforcement of tough sentences -- and for the worst kingpins, that means the death penalty. I also want to make sure that when a drug dealer is convicted there's a cell waiting for him. And he should not go free because prisons are too full. And so, let the word go out: If you're caught and convicted, you will do time.

“One of the worst decisions our children can make is to gamble their lives and futures on drugs. Our Government is helping parents confront this problem with aggressive education, treatment, and law enforcement. Drug use in high school has declined by 11 percent over the last 2 years. Four hundred thousand fewer young people are using illegal drugs than in the year 2001. In my budget, I propose new funding to continue our aggressive, community-based strategy to reduce demand for illegal drugs. Drug testing in our schools has proven to be an effective part of this effort. So tonight I propose an additional 23 million for schools that want to use drug testing as a tool to save children's lives. The aim here is not to punish children but to send them this message: We love you, and we do not want to lose you.”

— George W. Bush, 2004, a year that also saw many mentions of the launch of Medicare prescription drug benefits for senior citizens. 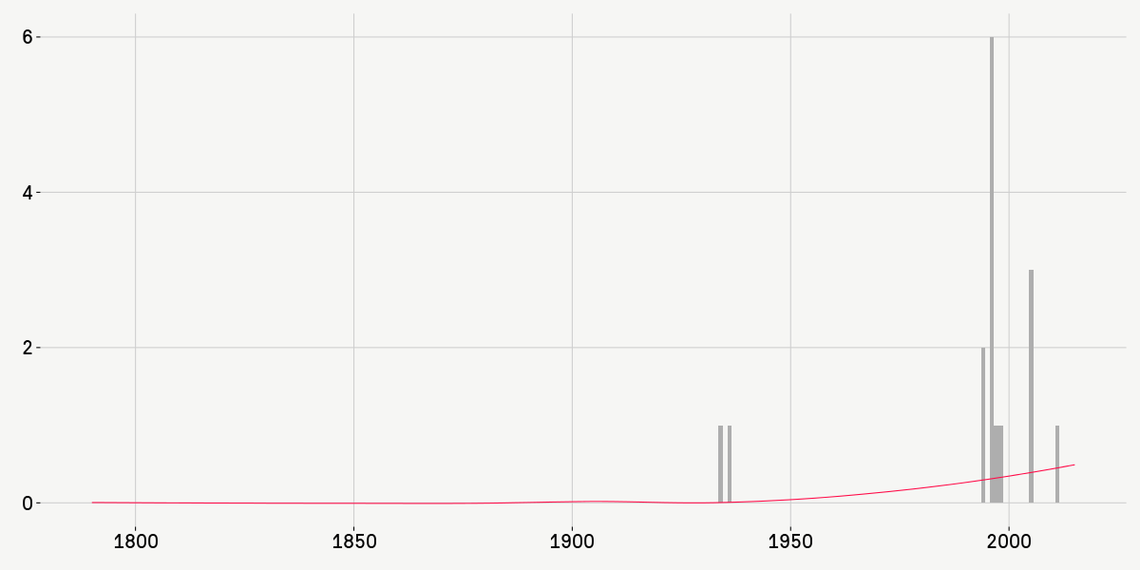 Despite a few passing mentions in the 1930s (FDR compares rival labor groups to “the gang wars of the underworld”), gangs have only really received attention in more recent State of the Union speeches.

“Our next step in the fight against crime is to take on gangs the way we once took on the mob. I'm directing the FBI and other investigative agencies to target gangs that involve juveniles in violent crime, and to seek authority to prosecute as adults teenagers who maim and kill like adults.

“And I challenge local housing authorities and tenant associations: Criminal gang members and drug dealers are destroying the lives of decent tenants. From now on, the rule for residents who commit crime and peddle drugs should be one strike and you're out.”

“Because one of the deepest values of our country is compassion, we must never turn away from any citizen who feels isolated from the opportunities of America. Our Government will continue to support faith-based and community groups that bring hope to harsh places. Now we need to focus on giving young people, especially young men in our cities, better options than apathy or gangs or jail. Tonight I propose a 3-year initiative to help organizations keep young people out of gangs and show young men an ideal of manhood that respects women and rejects violence. Taking on gang life will be one part of a broader outreach to at-risk youth, which involves parents and pastors, coaches and community leaders in programs ranging from literacy to sports.”