Another conviction is thrown out after prosecutors misuse PowerPoint.

The list of PowerPoint reversals – cases where the prosecution’s use of slides crossed the bounds of a fair trial – just grew longer.

Last month, The Marshall Project wrote about 10 cases nationally where problematic PowerPoint presentations led appellate courts to throw out a conviction, saying the slides amounted to unfair digital manipulation, or were inflammatory, or misstated the law. Today the Washington Supreme Court added an 11th, reversing the convictions of Odies Delandus Walker, found guilty of being an accomplice to murder and robbery.

Walker was accused of participating in the holdup and shooting of an armored-truck driver in Pierce County, Wash. During closing arguments, prosecutors presented jurors with about 250 PowerPoint slides. In the state Supreme Court’s ruling this morning, the justices found fault with more than 100 of them.

There’s this slide, for example: 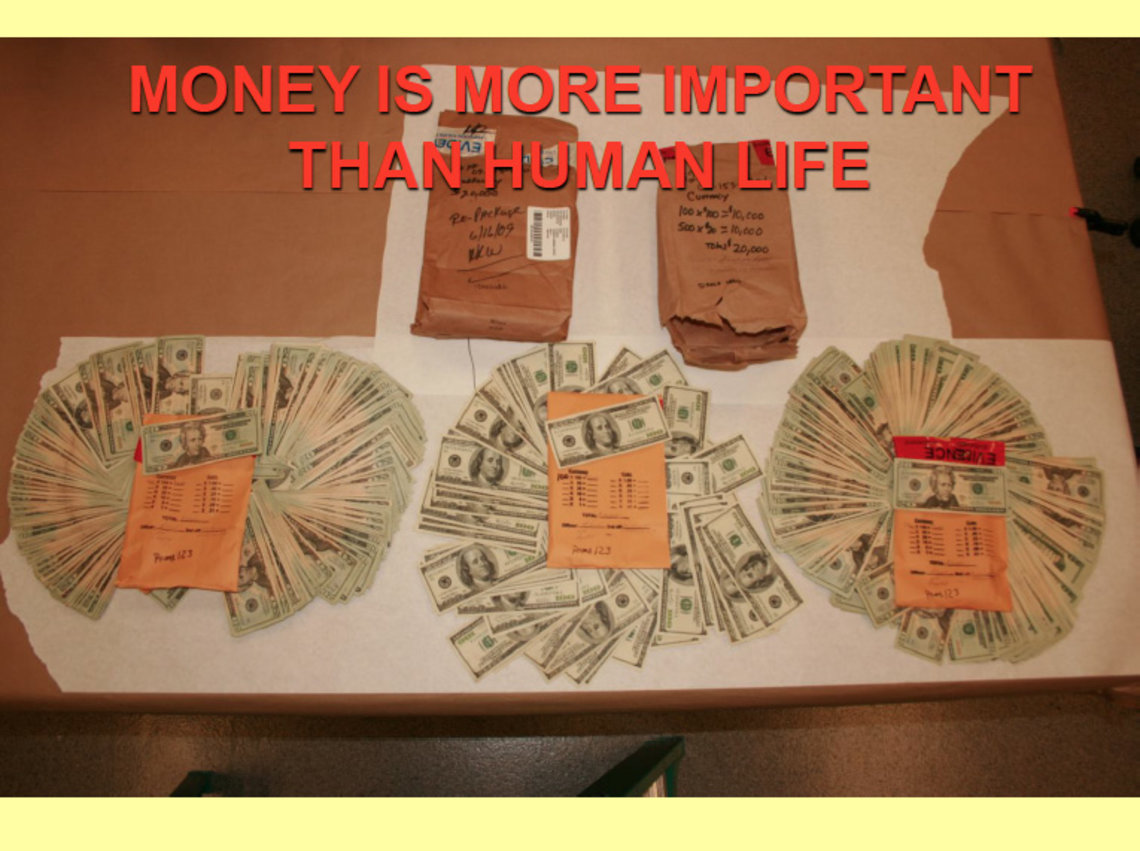 In preparing this slide, prosecutors used a photo of money that had been seized by police and then superimposed words across it. The text not only altered evidence – the photograph – that had been admitted to the jury, but what’s more, “It was not alleged that Walker, or anyone else, actually said those words,” Justice Mary Yu wrote for the court.

And then there were slides like this one, which used words that had been attributed to Walker – but superimposed them on his booking photo: 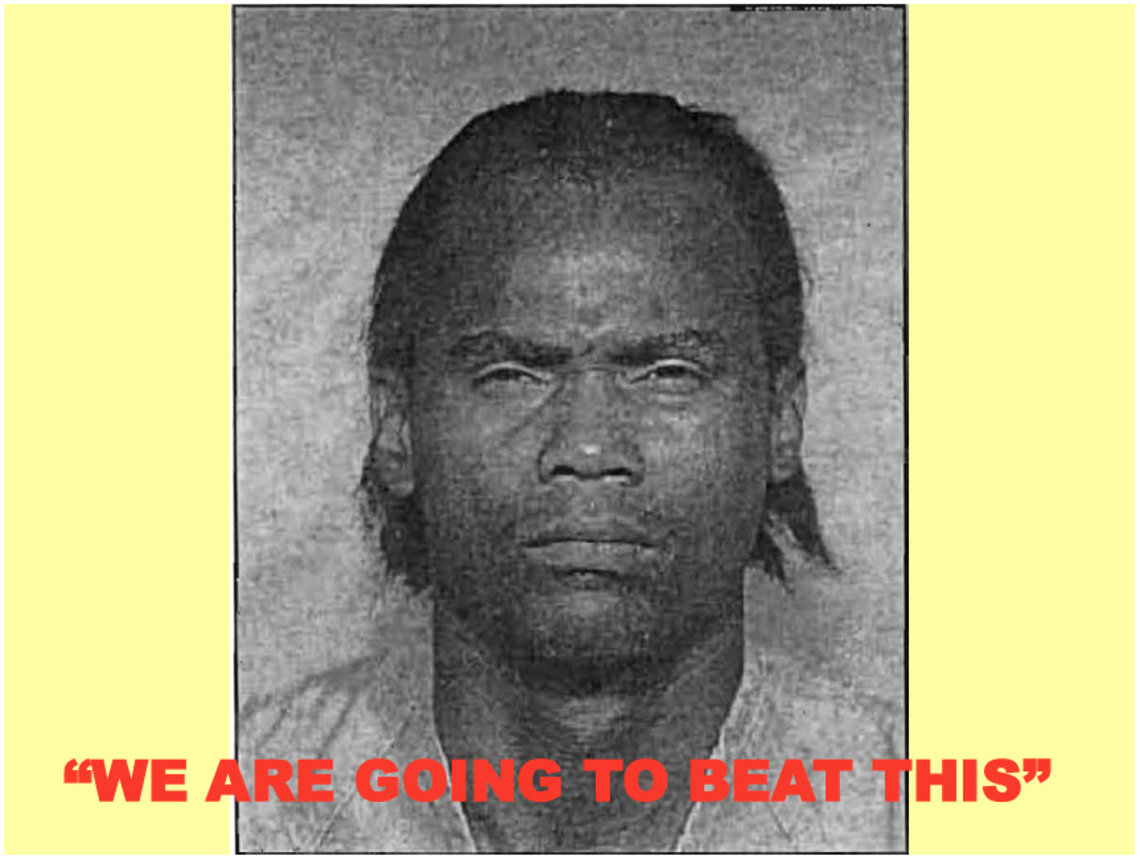 The problem, wrote Justice Sheryl Gordon McCloud in a concurring opinion, was that the booking photo “was never admitted into evidence in that form,” and “booking photos are notoriously prejudicial and inflammatory.” This particular photo captured Walker “looking disheveled, antisocial, and tough,” McCloud wrote.

In addition to using Walker’s booking photo – and in addition to altering the image with superimposed text – the following slide introduced yet another problematic element: It amounted to the prosecutor expressing a “personal opinion on Walker’s guilt,” according to the court. 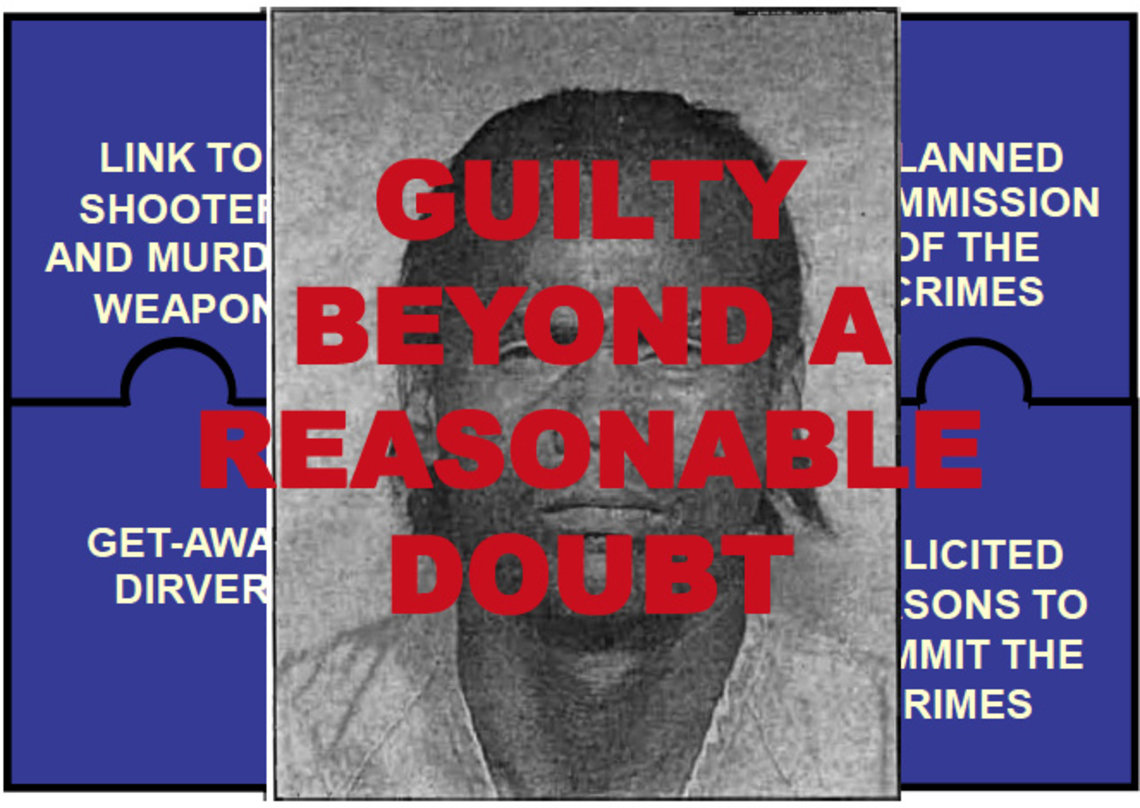 Prosecutors aren’t supposed to state opinions. Instead, they’re supposed to couch their arguments in terms of what the evidence shows.

In this case, the court wrote, the prosecution’s misconduct was “flagrant, pervasive, and prejudicial.” While lawyers “may use multimedia resources in closing arguments to summarize and highlight relevant evidence… advocacy has its limits.”

Prosecutors must “subdue courtroom zeal,” the court wrote. Quoting from a ruling issued in 1909, the court said prosecutors’ “devotion to duty is not measured, like the prowess of the savage, by the number of their victims.”