The life of a transgender corrections officer.

By Richard Ross
Perspectives from those who work and live in the criminal justice system. Sign up to receive "Life Inside" emailed to you every week.

Just north of the city of San Francisco, at the tip of the Marin County, stands San Quentin State Prison, workplace of Mandi Camille Hauwert, 35, the only transgender prison guard in the facility.

Hauwert, who is six feet tall with a solid build, entered the correctional system after serving four years in the Navy, where she was deployed in the Pacific as a damage control and assessment officer. In early 2012, after seven years of working at San Quentin where she primarily patrols the visiting areas, Mandi began wearing earrings and makeup, and she let her hair grow. For the past three years, she has been taking hormones. 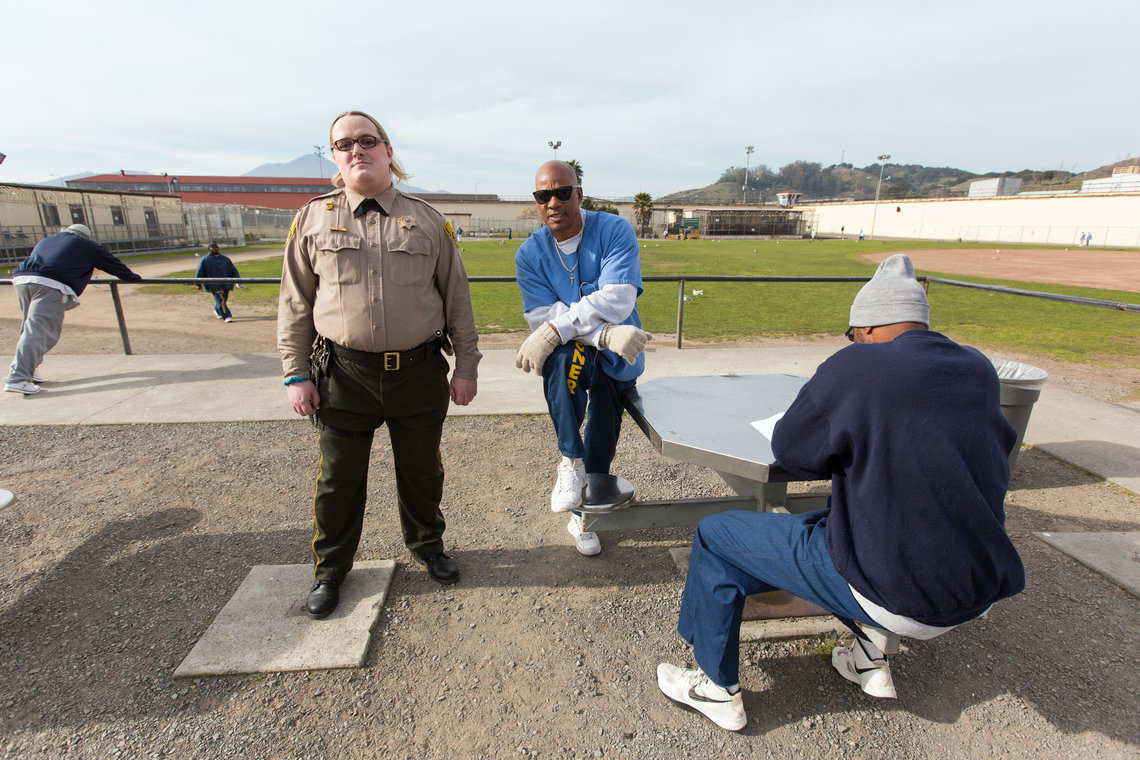 Her uniform is slightly different from her colleagues’— instead of a black tie, she wears a short, crossed ribbon. Her blouse also has pleats and buttons, right over left. Her long, blond hair is often tied up. She has manicured nails — clear lacquer to comply with prison regulations. Her tone with inmates and peers is gentle and demure. But not everyone reciprocates.

Hauwert has been sent home several times for crying. The hormones make her emotional, but the way that some inmates treat her, especially the new ones, doesn’t help. “He’s just a fucking faggot with a fetish for women’s underwear,” she once overheard a fellow corrections officer say. Their continued use of the male pronoun, she says, often hurts more than the insults themselves. 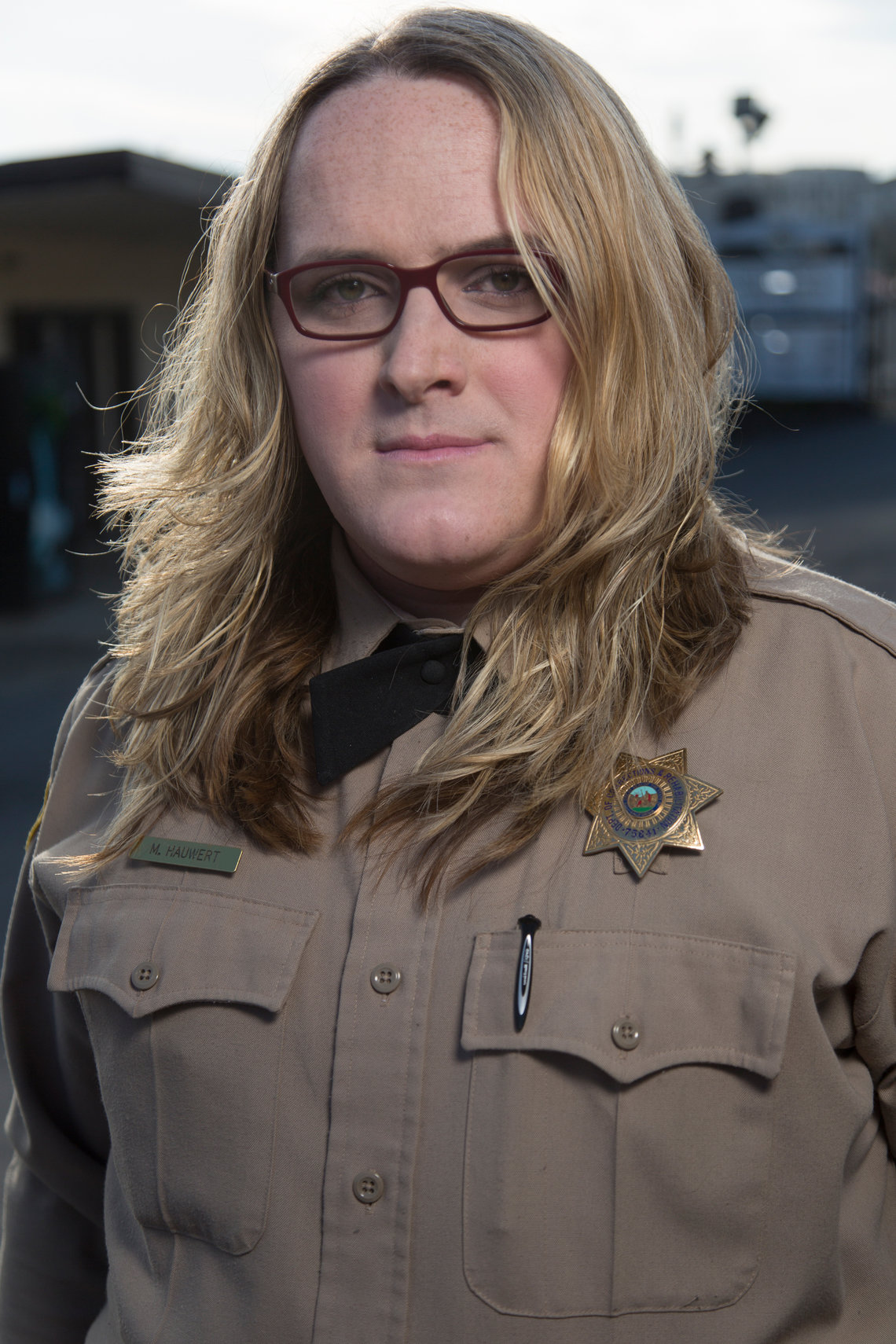 “I have existed in a military or paramilitary world all my life,” Hauwert says. “I know how this works. I am misidentified by pronoun not once or twice a day, but tens, hundreds of times a day — it’s endless and it’s crushing. It’s like Chinese water torture — one drop at a time, one pronoun at a time, one snide comment and aside — one after another. It’s torture.”

Hauwert’s “gender affirmation” surgery, as she puts it, is scheduled for March; the procedure is covered by her corrections officer insurance. “Yes, I am anxious,” she says about her upcoming operation, “but I will be home recouping with my family. My parents support me, and I am intensely close to my sister. My brother, who is a devout Christian, has disavowed me.”

She longs to create her own family (“Nothing in this world would make me feel more complete as a woman,”), but it is often difficult for transgender people to adopt.

So instead, Hauwert takes to Facebook to share her hopes of having children, and, more broadly, to chronicle her life as it changes: “Each and every day I rediscover little parts of myself that have been long forgotten, or just never before accessed,” she recently wrote. “I do not know, & I cannot say what the experience of growing up as a girl is like, but what I can say with absolute clarity and certainty, is the experience of transitioning to womanhood later in life, is nothing short of mind blowing.” 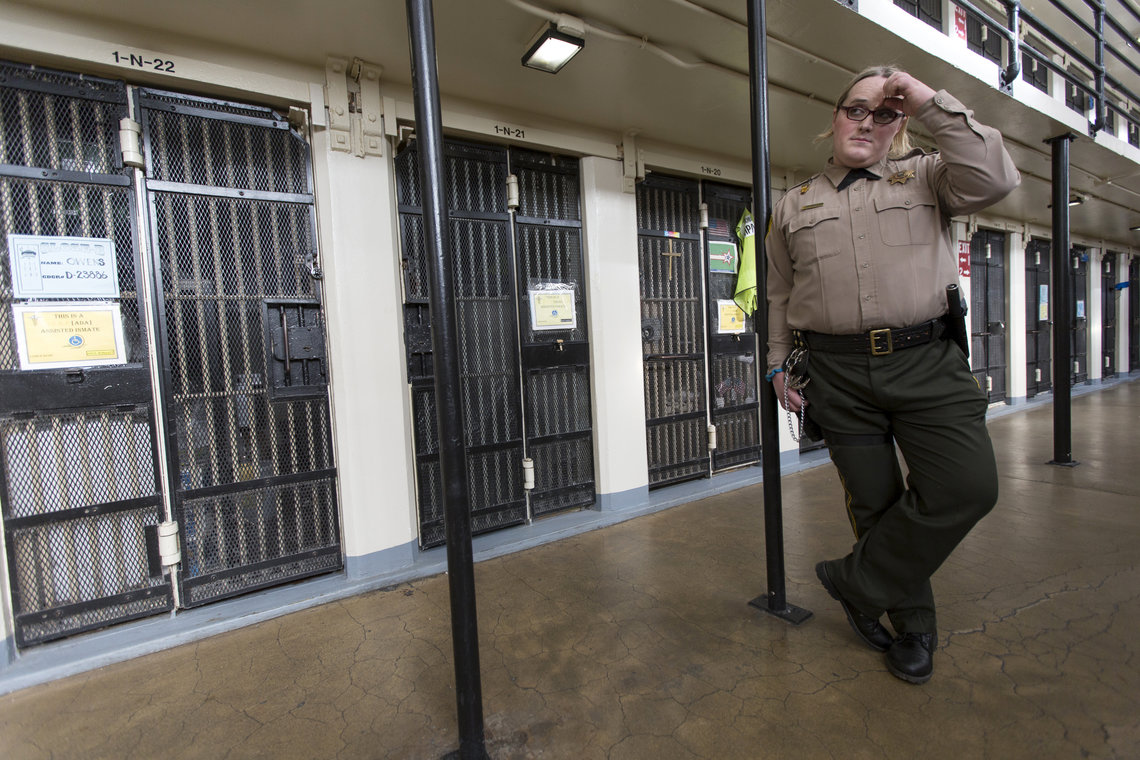 An earlier version of this story incorrectly attributed a quote to an inmate when the quote was actually from a corrections officer. The article also inaccurately stated that it is illegal for transgender individuals to adopt in the State of California.

Richard Ross is a photographer, researcher, and professor at the University of California, Santa Barbara. He has been documenting juveniles in the criminal justice system for ten years.