Thurgood Marshall’s unsentimental views on race and the death penalty.

Because he was the first African-American Supreme Court Justice, it’s natural to think of race as Thurgood Marshall’s project, but it was in fact much broader. Marshall’s life experience surely informed his world view, but he was not an ideologue. He considered himself an advocate for human rights, not African-American rights. He deplored Malcolm X’s separatism and what he perceived as Martin Luther King’s excessive eagerness. On race issues, Marshall was, in his own words, “the ultimate gradualist.” 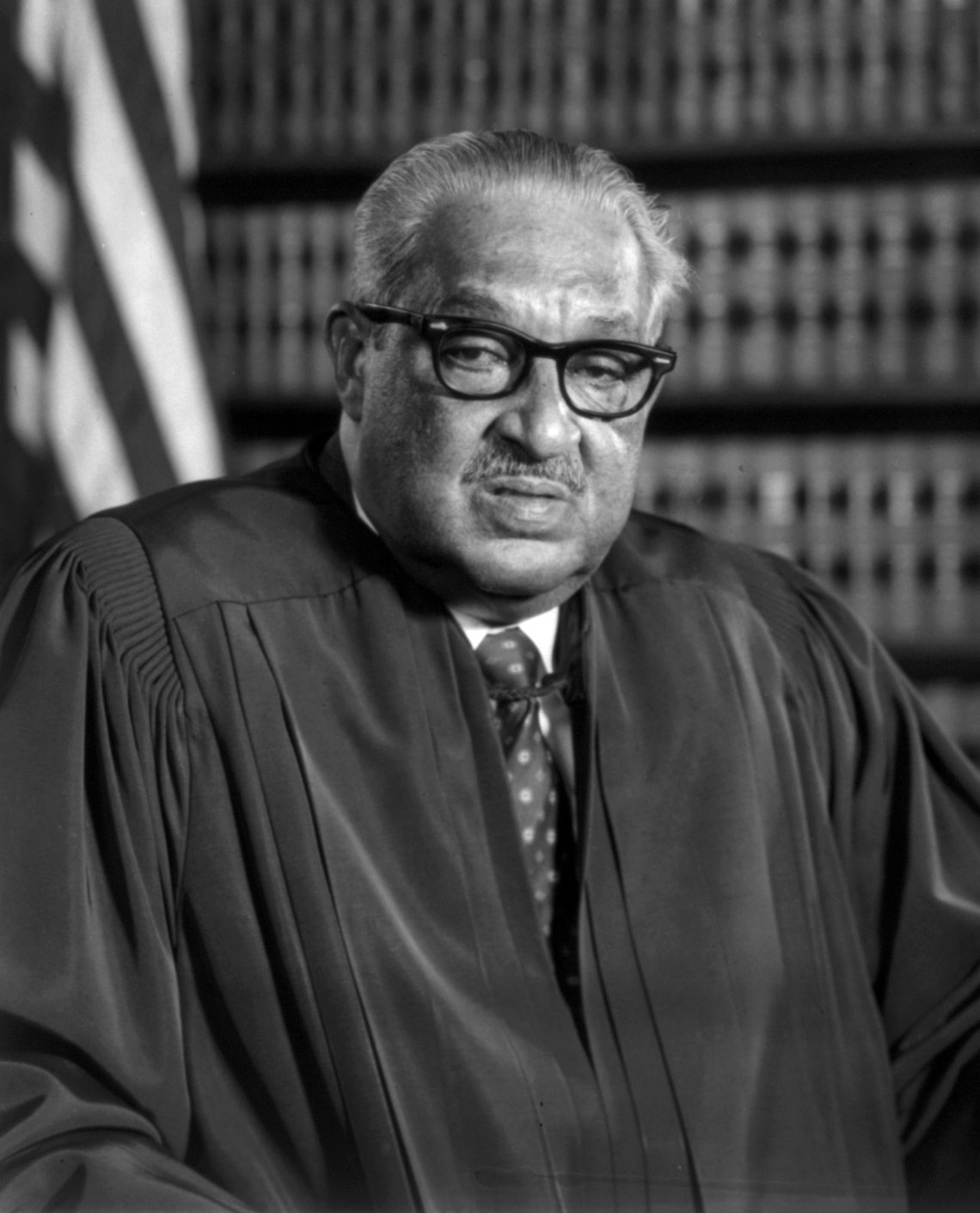 His true project was evident in his first major opinion, in 1968, in a 5-4 decision holding that a Texas statute criminalizing public intoxication was not cruel and unusual punishment. Marshall easily could have decided the case the other way, by citing as controlling a 1962 decision where the Court struck down a California law criminalizing narcotics addiction. But Marshall thought the Texas law, while possibly racist in intent, made lives better. “The picture of the penniless drunk propelled aimlessly and endlessly through the law’s ‘revolving door’ of arrest, incarceration, release, and re-arrest is not a pretty one,” he wrote. “But before we condemn the present practice across the board, perhaps we ought to be able to point to some clear promise of a better world for these unfortunate people.” Of this there was none, since Texas had no meaningful alcoholism treatment program. Marshall thus concluded that “it would be tragic to return large numbers of helpless, sometimes dangerous and frequently unsanitary inebriates to the streets without even the opportunity to sober up adequately which a brief jail term provides.” His narrow point was that a night in jail might be better than a night on the street. His larger point was that the law could not be evaluated without examining its impact on real people.

Marshall was, in other words, the Court’s first great empiricist, and his true project was nowhere more evident than in his work on capital punishment. On moral grounds, Marshall was agnostic on the death penalty. He understood, of course, that capital punishment was racist in application, but he also had a dim view of street criminals. “I hate the death penalty,” Marshall told one law clerk. “But I also hate the bastards who escape because we don’t use the death penalty.” As a judge on the Second Circuit Court of Appeals, Marshall voted to uphold a death sentence. Michael Meltsner, an attorney who began his career with Marshall at the NAACP Legal Defense Fund said, “Marshall was not sentimental about criminals in the way that white liberals sometimes are.”

When the Court considered the constitutionality of capital punishment in 1972, Marshall voted with the majority to strike down Georgia’s statute, which looked more or less like every other state death penalty law, as violative of the Eighth Amendment. But while his colleague William Douglas’s opinion focused almost exclusively on the discriminatory application of the death penalty, Marshall’s lengthy opinion nowhere mentions the word “race.” It is, rather, a tour de force exploration of fundamental public policy questions. Does capital punishment deter? If it does deter, does it do so more than life imprisonment without parole? Absent the death penalty, are murderers likely to recidivate? Is capital punishment cost effective? If people understood the true facts about the death penalty, would they support it?

Some of Marshall’s answers to these questions would be supported by later research, some would not. On deterrence, the weight of the evidence is that if the death penalty deters, it does not do so very much, and only if it used regularly. Overwhelming evidence shows that it is not cost effective. On the other hand, Marshall was surely wrong in his supposition that Americans supported the death penalty only because they didn’t know the facts. Study after study shows that people biasedly assimilate evidence that contradicts their closely-held views. In other words, if you show death penalty supporters that capital punishment doesn’t deter, seemingly impossibly, most will become more invested in their support, just as opponents will become more invested in their opposition if you show them that fewer innocent people are executed than they believe.

But it’s no shame for a social scientist to be sometimes wrong. It is rather a badge of honor to have stated one’s hypotheses, presented the evidence upon which he relied, and subject the matter to research and public scrutiny. For in so doing, Thurgood Marshall transformed unanswerable philosophical questions about life and death and whether the Constitution requires that laws give people what they deserve into a question of what makes people’s lives better. That’s one that social scientists, legislators, and judges can handle.

Evan Mandery is a professor at John Jay College of Criminal Justice and the author, most recently, of "A Wild Justice: The Death and Resurrection of Capital Punishment in America.”