But does the state go far enough?

The original law, which passed in 2010, required schools to refer students directly to the courts after five days of unexcused absence, if parents failed to attend a meeting with school officials. As a result, by 2012, 40 percent of all juvenile offenders in the state were in the court system due to absence from school, and according to federal data, West Virginia became one of only two states (the other is Arkansas) to experience an increase in youth confinement since the year 2000. The majority of truant students removed from their homes in West Virginia were placed in for-profit residential facilities, some of which are located as far afield as Ohio and Maryland. 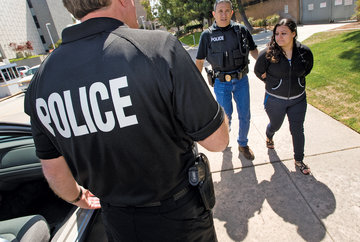 The new bill increases the number of unexcused absences allowed before a school must refer a student to court, from five to 10, and exempts health and disability-related absences from the count. It also requires county attendance officers to make home visits to the families of absent students, to attempt to address truancy before juveniles are referred to court.

In addition, the legislation closes a loophole in the law that allowed schools to declare students truant even if their absences were due to suspension. In 2013, the state supreme court ruled in the case of “Brandi B.” that suspension days could be considered unexcused absences.

Despite these changes, the new legislation does not go as far as many juvenile advocates would like. Schools still do not have discretion on whether to refer truant students to law enforcement; in many states, principals can choose whether to address truancy through the courts or through school-based measures. “The juvenile justice system is not the appropriate place to deal with the underlying issues of why children miss school,” said Mishi Farquee, juvenile justice policy strategist at the ACLU, which played a key role in pushing for the West Virginia reforms.