A closer look at a favorite (and unreliable) law-enforcement tool: drug field tests.

When a Tampa motorist was searched by a Hillsborough County Sheriff’s patrol last July, deputies found a wad of brown goo in his wallet. Police popped the substance into a bag - a field drug test called a NARK II, used by law enforcement across the country -- gave it a shake, and watched it turn purple, indicating a positive result for methamphetamine. 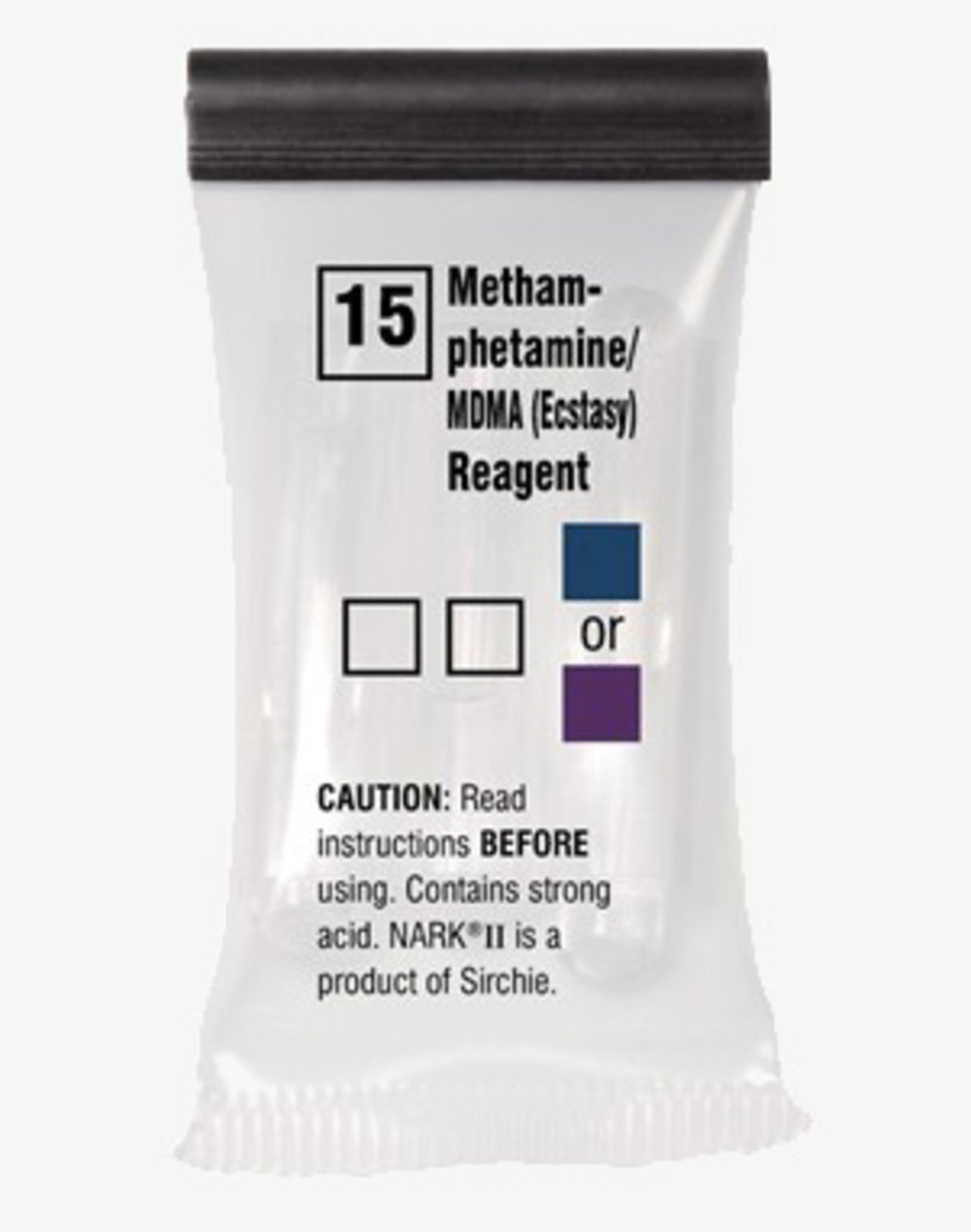 The motorist, a military officer, said later it was Jamaican Stone, an herbal “male-enhancement” product, but by then he had been arrested and booked in jail. He bonded himself out, and eventually the state’s crime lab found the substance negative for meth. Prosecutors dropped the charges. (His lawyer declined to give his name. His case was first reported by Gloria Gomez for the Tampa Fox TV affiliate.)

It was hardly the first time a field test yielded a false positive — and a wrongful arrest. Sage has been mistaken for marijuana; motor oil for heroin; jolly ranchers for meth; and breath mints for crack. In February, a Minnesota man spent months in jail after his vitamin powder tested positive for amphetamines.

Soon after the arrest in Tampa, a Hillsborough police lieutenant conducted his own experiment on the NARK II tests, which cost between $15 and $20 for a box of ten. He found that just opening the test bag to the air produced the same shade of purple as exposure to methamphetamine, according to an internal memo. In February, the Hillsborough sheriff’s department announced it had switched to a different field test, made by the same company, which tests for a wider variety of illegal drugs. A spokeswoman for the sheriff’s department declined interview requests.

In 2009, researchers sponsored by the Marijuana Policy Project, which advocates legalization of the drug, staged a demonstration of some of the most widely used field tests, all of which rely on similar chemical reactions. “This is just air," said one presenter, waving an open test as it turned orange, indicating a positive result. The researchers claimed that out of 42 non-marijuana substances placed in the field tests, 70 percent tested positive. 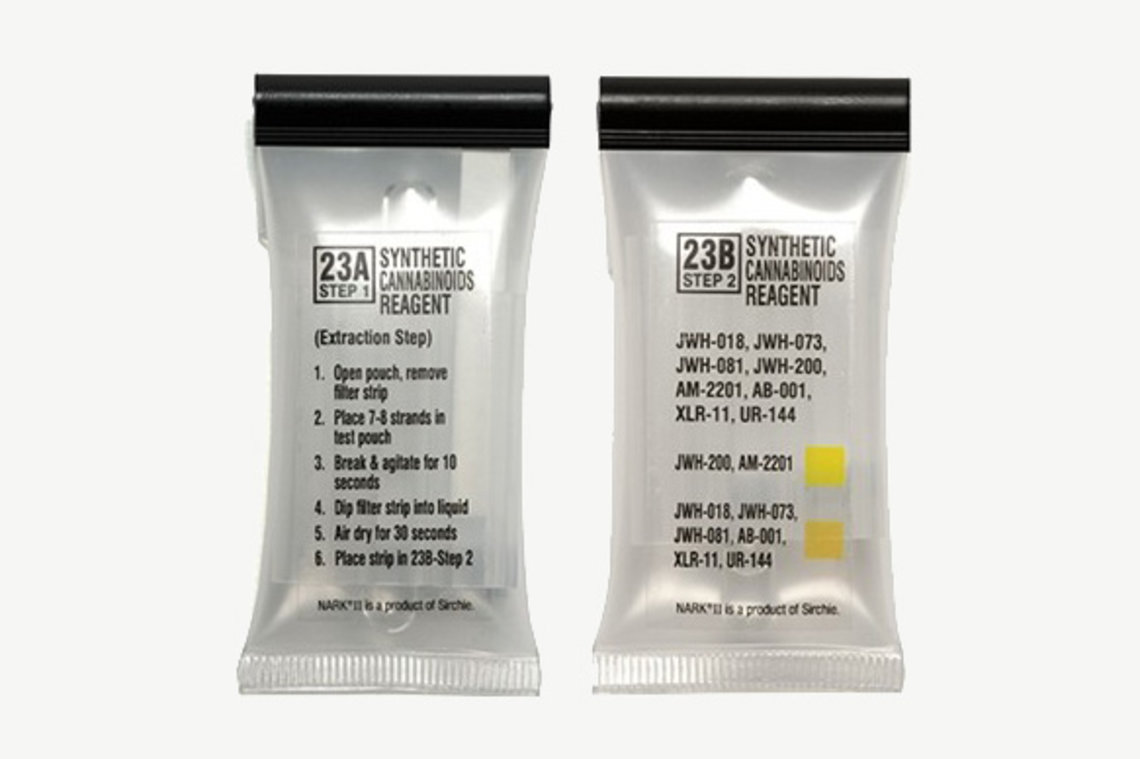 Jeremy Morris, a forensic scientist and president of the Midwestern Association of Forensic Scientists, estimated that false-positives are far less common, occurring in about five percent of cases. “For the most part, it is what the officer thinks it is,” Morris said.

And according to Bob Bushman, President of the Minnesota State Association of Narcotics Investigators, police rarely rely entirely on field tests. Police, who are often trained to use the tests by the companies that produce them, factor in other signs, such as packaging or behavior of the subject.

Bushman added that substances are, in his experience, always double-checked in a lab. “I’m not aware of any place where they follow through with a prosecution without a lab analysis.”

Anthony Rickman, the lawyer for the Tampa motorist, disagrees. “It depends on your definition of prosecution. The moment you walk into criminal court, you’re being prosecuted.” Rickman said lab tests aren’t performed unless the charges are contested. That was also the policy in Travis County, Texas, until 2013, when the discovery of a dozen false-positives led District Attorney Rosemary Lehmberg to stop accepting plea bargains on low-level possession cases until after the lab results are in.

And while the Tampa motorist was eventually vindicated by the state’s crime lab, that occurred months after his arrest. Meanwhile, he is convinced the criminal charge hanging over him caused him to be passed up for a promotion at work.

Even in cases where an officer suspects that the test result might be faulty, those suspicions might not be enough to override a positive result on a field test. John Wesley Hall, a criminal defense attorney in Little Rock, Arkansas, described a recent case where police found a plastic bag containing a pound of dishwashing soap under his client’s sink. It tested positive for meth, but one officer had his doubts: “He was saying to the other officers, ‘Look, I know it tested positive for meth, but that’s soap.’” Police still charged the man with possession of meth, though a lab test eventually cleared him.

“As long as we use cheap tests,” Hall said, “there’s going to be false positives.”