A California case may decide.

Michelle-Lael Norsworthy, the inmate at the center of a landmark April ruling, got final word on August 7 that she would be granted parole. After 28 years in prison, she could be sent to a Bay Area transitional program as early as this week. Separately, August 7, a settlement was reached in the case of Shiloh Quine, another transgender inmate: the prison system will provide her with sex-reassignment surgery. This would make her the first prisoner known to have ever received sex-reassignment surgery while incarcerated.

Less than two months after a federal judge ordered the state to provide Norsworthy sex-reassignment surgery, the California Board of Parole Hearing awarded her a “tentative grant” of parole. She had previously been denied parole four times. “The fundamental consideration in making a parole eligibility decision is the potential threat to public safety upon an inmate's release,” the board said in rendering its decision. “We do not feel that you represent an unreasonable risk of danger to the public.” After a review period, the grant went to the governor’s office. Gov. Jerry Brown took no action for 30 days, and the grant became final on August 7. The same day, the state filed papers to vacate the court’s earlier ruling, arguing it was moot now that Norsworthy was going home. Because sex-reassignment surgery is covered under California’s state Medicaid plan, Norsworthy will likely have access to the treatment on the outside.

Quine sued the state last year for access to sex-reassignment surgery. She was convicted in 1980 of first-degree murder, kidnapping, and robbery, and is serving a sentence of life without parole. Quine began on hormone therapy in 2009, and a psychologist noted in court filings that she “has engaged in counseling, and has successfully consolidated her female identity. She has attempted to legally change her given name, and has relentlessly advocated for medical and surgical care, but her requests were denied by [the California Department of Corrections and Rehabilitation].” Quine has attempted suicide multiple times, including, most recently, when the state denied her surgery last year.

The Norsworthy and Quine cases are separate — one has no legal bearing on the other — but Shawn Meerkamper, a law fellow at the Transgender Law Center, which represents both women, said, “It’s hard to see how the Norsworthy case couldn’t have been part of their calculus. They saw that they were losing in that case, they saw that Ms. Quine’s case was going to be before the same judge. They saw that there were similar facts in both cases. Certainly these two cases together have forced some serious movement inside of CDCR.” CDCR spokesman Jeffrey Callison said the Department evaluates “all such cases on an individual, case-by-case basis.”

With this settlement, the state not only agrees to provide the surgery to Quine and to house her in a female prison afterwards, but also to allow all of the state’s transgender inmates access to certain gender-specific items. Makeup, for example, is available to order from the commissary at women’s prisons but is considered contraband at men’s prisons. The state also says it is “reviewing and revising its policies concerning medically necessary treatment for gender dysphoria, including surgery.”

Mule Creek State Prison in Ione, California, allows Michelle-Lael Norsworthy a single bra, if she pays for it herself. She has permission to grow her hair long, but she is issued men’s underwear and clothing. She cannot buy makeup at the commissary, so she uses colored pencils as “makeshift makeup,” as she described it in a court deposition earlier this year. As an inmate at a men’s prison, she is constantly referred to as a man. “They use a lot of sirs and misters,” she said. “I should be referred to as I am. It does no harm to allow me to be a little bit of myself.” 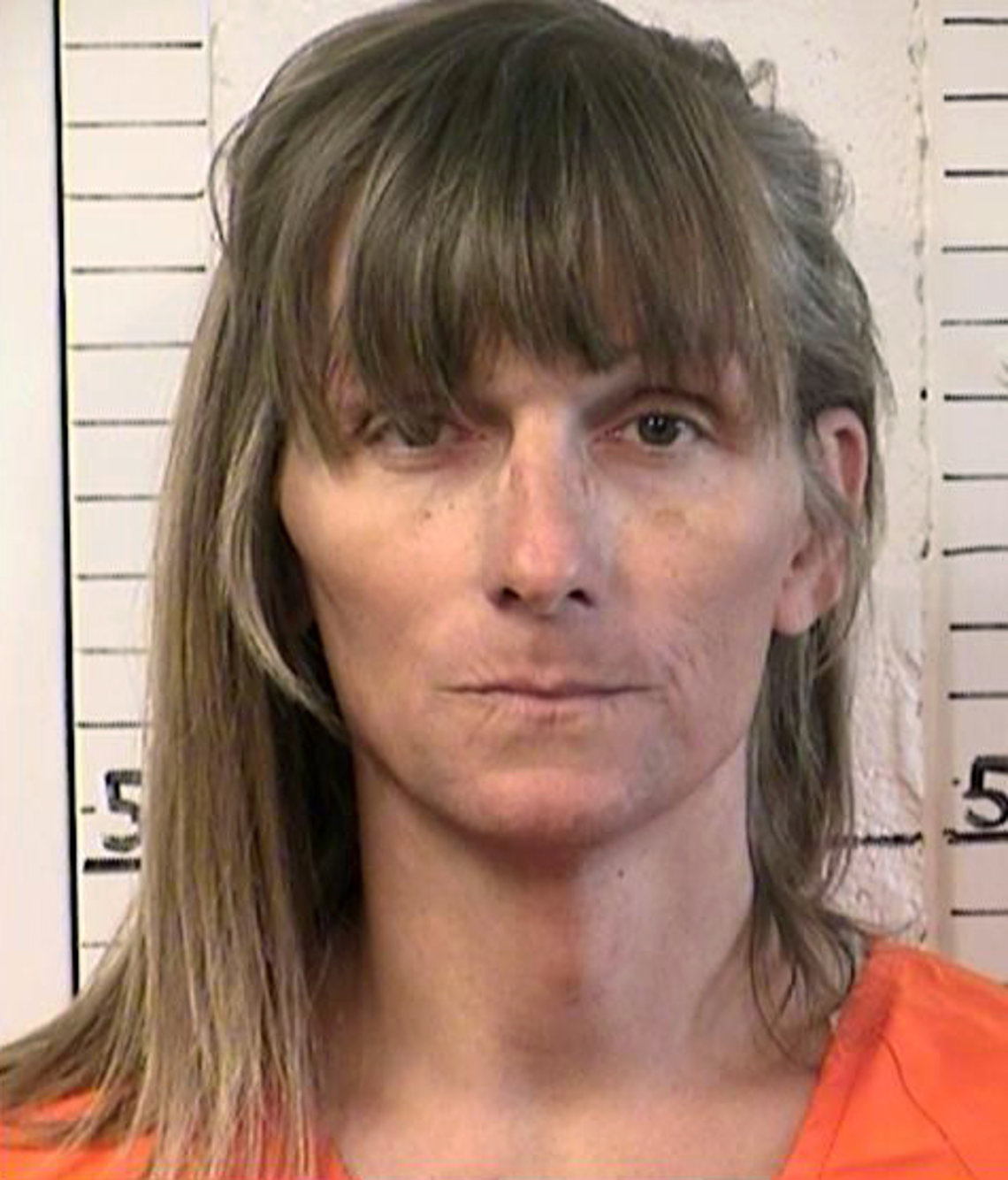 Associated Press, via California Department of Corrections and Rehabilitation

Since 2000, Norsworthy has been taking feminizing hormones and seeing therapists in prison to help her manage her gender dysphoria — the psychological disconnect between her body and her gender identity — which she described as “agony.”

Norsworthy was convicted of second-degree murder in 1987 and sentenced to 17-years-to-life after shooting a man who later died from his injuries; she had worked as a police informant, and the shooting resulted from a bar fight with a drug dealer Norsworthy had helped to bust. After about a decade in prison, she realized that with the violence and aggression of her early adulthood, she had been “trying to compensate for something that I knew to be true of myself but I didn't want anyone else to know,” as she later told the state’s parole board. She began to live as a woman full time in the late 1990s. Since then, she said, “the only chance I get to actually be a woman or be referred to in feminine pronouns is when I call my attorney.”

Over the years, she said, she spoke often with her prison therapists and doctors about her desire for sex-reassignment surgery, but because she was repeatedly advised that the state’s policy was to not provide it, she never filed a formal request. “It would be absurd to even attempt to request something that's going to be continually denied,” she said in her deposition. “That would be like ramming your head into a wall.”

Then she read about Michelle Kosilek, the Massachusetts inmate whose 2012 case was the first in the country in which a judge ruled that to deny prisoners sex-reassignment surgery in cases where it was “medically necessary and appropriate” was a violation of their constitutional rights. (The ruling was initially upheld but later reversed last year; the case is currently on appeal.) Almost immediately, Norsworthy filed a grievance, and then a lawsuit.

Earlier this month, in a strongly worded ruling, District Court Judge Jon Tigar ordered the state of California to “provide Norsworthy sex-reassignment surgery as promptly as possible.” By not having done so already, the judge said that prison officials were “deliberately indifferent to her serious medical need.”

The state has asked the judge for a stay and notified the courts that it intends to appeal.

Judge Tigar’s ruling draws from the landmark 1976 case Estelle v. Gamble, in which the Supreme Court established that "deliberate indifference to serious medical needs of prisoners” constituted cruel and unusual punishment. In the years since, courts have grappled with what deliberate indifference looks like, and inmates have struggled to prove “a serious medical need.”

These questions are at the heart of many lawsuits brought by transgender prisoners — and of lawsuits brought by transgender people in general who face a similar dilemma: most government entities, like the IRS (until recently) and Medicaid, treat sex-reassignment surgery as essentially cosmetic. The surgery “is always an elective procedure. There is no immediacy to it,” wrote one of the prison doctors who evaluated Norsworthy for surgery.

A spokesperson for the California Department of Corrections and Rehabilitation declined to speak with The Marshall Project, citing pending litigation, but in court filings, the department asserts that “the Court’s order effectively takes inmate health care out of CDCR’s hands and subjects it to an inmate’s personal preferences.”

Judge Tigar disputed that logic. Drawing from the standards of care published by the World Professional Association for Transgender Health, he notes that many transgender people live happily without surgery, preferring instead some combination of hormones and non-medical expressions of gender identity, like clothing, hair, and name. For some, however, “surgery is essential and medically necessary to alleviate their gender dysphoria,” the judge wrote. “For the latter group, relief from gender dysphoria cannot be achieved without modification of their primary and/or secondary sex characteristics to establish greater congruence with their gender identity.” 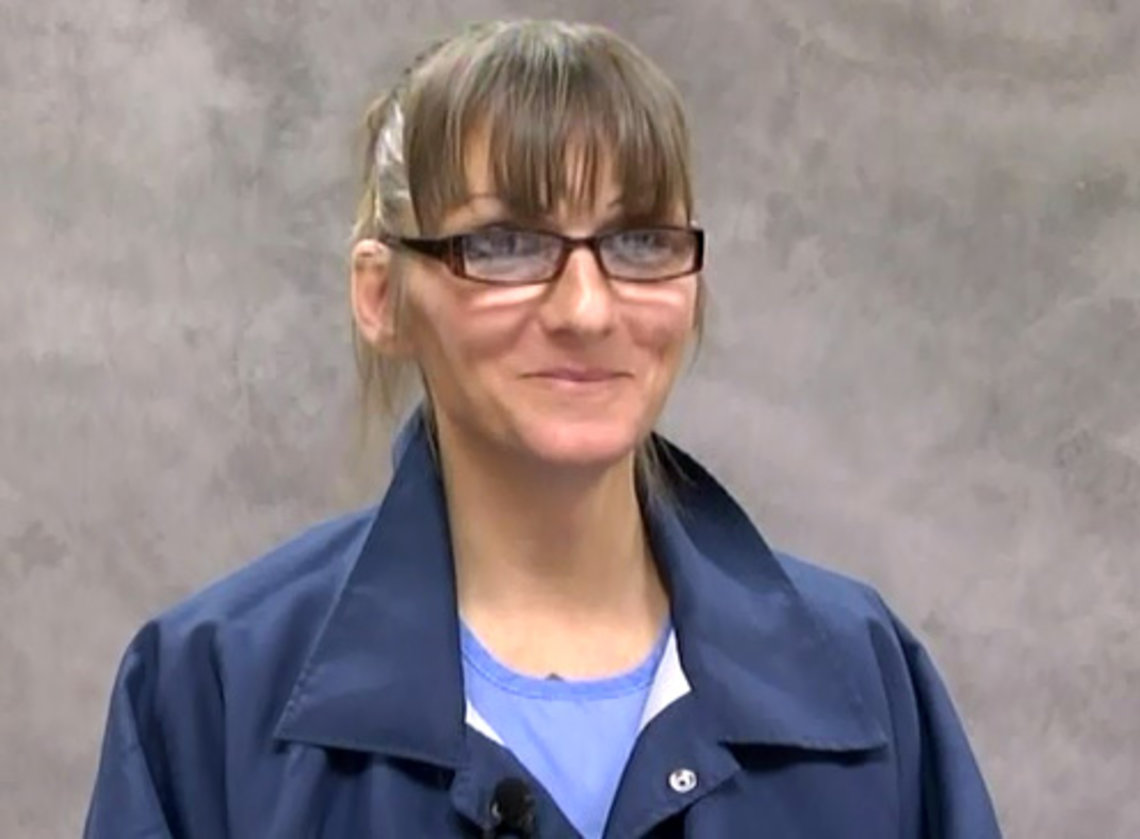 Michelle-Lael Norsworthy in a still from video of her deposition in December 2014.

Norsworthy’s case highlights how varied the conditions are for transgender inmates around the country. There is no known case of an inmate having received sex-reassignment surgery in prison. When it comes to hormone treatments, states tend to fall into one of three categories. Some, like California, provide ready access to hormones. (Elizabeth Gransee, a spokesperson for the state’s prison health system, said that 363 transgender women and 22 transgender men are currently receiving hormone therapy.)

Some states have written policies allowing for hormones, but, “even if they have policies, they’re still making it very difficult and creating a number of obstacles for inmates to actually access that care,” said Jennifer Orthwein, Senior Council for Detention Project at Transgender Law Center, which represented Norsworthy. Inmates seeking hormone therapy can face administrative delays — which can drag on years — to be assessed by gender specialists, Orthwein says.

And some states deny inmates access to hormones as a matter of policy. Earlier this month, the Justice Department intervened in the case of Ashley Diamond, who sued the state of Georgia for denying her access to hormone treatment and for failing to keep her safe from sexual harassment and rape. Diamond had been taking hormones and living as a woman for 17 years when she arrived at a Georgia prison intake center on burglary charges. There, the state housed her with men and refused to maintain the estrogen, progestin, testosterone blockers, and anti-androgen medications she said she had been taking. The state cited a blanket policy with regards to hormones for transgender inmates: the state used a “freeze frame” approach, continuing any treatment transgender inmates were receiving in the community, but declining to initiate any new treatment. (The state says any hormone therapy was not documented.)

The Justice Department countered that such policies are unconstitutional “because they do not provide for individualized assessment and treatment.” Shortly after that, the state reversed course, agreeing to provide hormones on a case-by-case basis.

Besides hormone therapy and surgery, the other major issue for transgender inmates is housing: While a handful of local jails and juvenile detention facilities make housing decisions on a case-by-case basis, inmates in state facilities are most often housed according to their genitalia, even after years of hormone therapy. Transgender women in male prisons are often targets of sexual harassment and rape. According to a UC-Irvine study, they are 13 times more likely than other inmates to be sexually assaulted. The study found that almost 60 percent of transgender inmates reported being raped, compared to 4 percent of non-transgender inmates. Norsworthy herself says she has been repeatedly sexually assaulted, including a 2009 gang rape that she testified about in her deposition, which left her infected with hepatitis C.

Orthwein of the Transgender Law Center believes that Norsworthy’s case could have implications beyond prisons. “This case could have an impact on states that are not covering [sex reassignment] under their Medicaid plans,” Orthwein said. “This is a precedent for them as well. It indicates that it’s medically necessary treatment. If it’s medically necessary for inmates, it has the same impact for the general public.”