A brief, aggregated history of the Baltimore police commissioner at the eye of the storm.

Even before his city erupted into violent protest this past week, even before Freddie Gray died in custody after a “rough ride” in a police van, even before Baltimore maintained its dubious status as one of America’s deadliest cities, even before all the police misconduct payouts, there was little in the public record of the long law enforcement career of Anthony Batts to conclude that he is — or is not — the man to finally turn around Baltimore’s beleaguered police department. 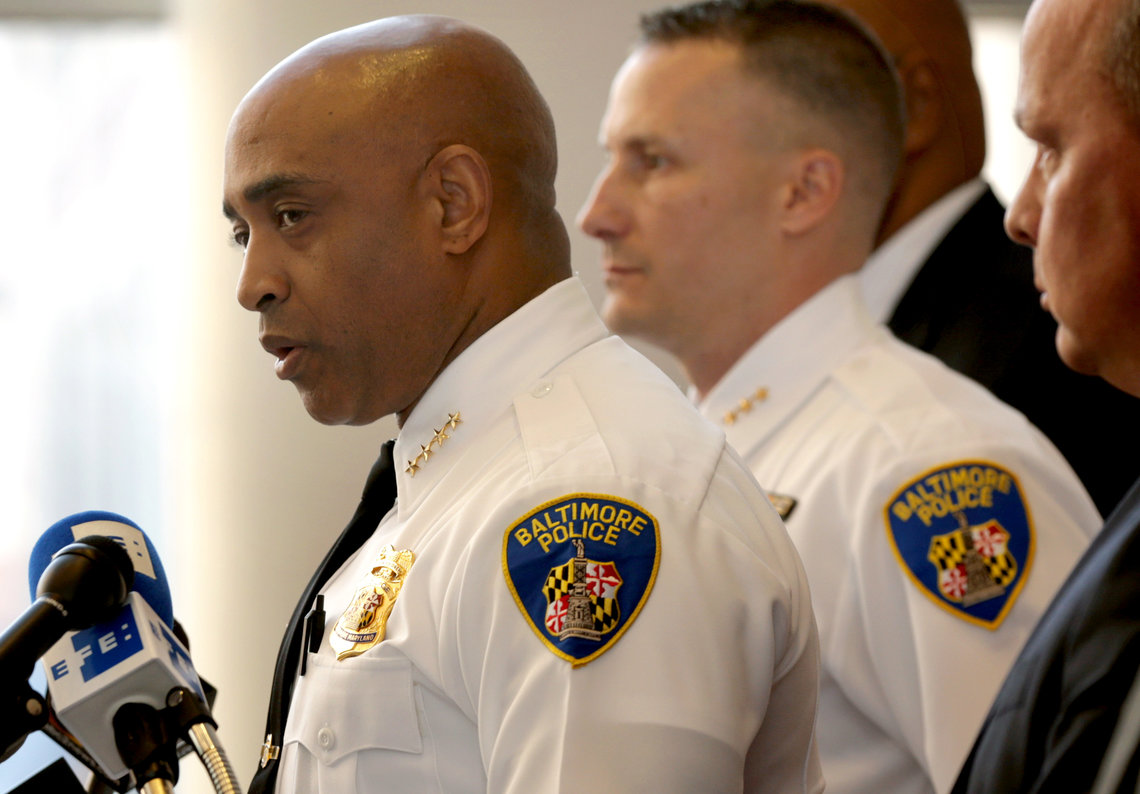 Baltimore Police Commissioner Anthony Batts during a press conference on April 25 on the death of Freddie Gray.

He came to Baltimore from a brief and unhappy stint as the police chief in Oakland following a long and successful career with the Long Beach Police Department. He left Long Beach, he said at the time, for the tougher job in Oakland, because he wanted the challenge of policing in a community with a disconnect between its officers and the civilians they protect and serve. “When I look on my career, I've always taken jobs nobody wanted. Hopefully this challenge isn't too overwhelming," Batts said in August 2009.

In October 2011, after roughly two years on the job, he abruptly quit as chief in Oakland in the wake of a scathing report by a federal court monitor there that criticized the police force for failing to more quickly clean up corruption. He and his allies characterized the move as a “retirement” and said that few police executives could have overcome the bureaucratic and economic pressures of the position. (The force reportedly shed 150 officers during his short tenure.) There were allegations, too, that he did not get along with the mayor and other executives.

While in Oakland, Batts presided over the force when transit police officer Johannes Mehserle, who shot and killed1 an unarmed black man in the Fruitvale BART station, was acquitted of murder by a jury but convicted of involuntary manslaughter. The decision sparked widespread riots in Oakland in July 2010. “This city is not the wild, wild west. This city will not tolerate this activity," Batts said at the time, blaming (as Maryland officials did this week) outside influences for the disruption.

SHOT AND KILLED1The death of Oscar Grant resembled the recent shooting of Eric Harris in Oklahoma by pay-for-play cop Robert Bates. In each instance, the “officer” thought he was reaching for his Taser, but instead pulled out his gun.

Batts’ record in Oakland was incomplete and uneven, not surprising given the short time he spent there. In November 2011, he told a reporter that the Grant riots and the “Occupy Oakland” protests around that time would have been more destructive without the policies and community outreach he had fostered during his time there. He also was lauded there for his use of what is known as “violence suppression projects,” in which the police are deployed to certain places at certain times based upon analyses about where crime may occur.

One year after leaving Oakland, after a brief stint at Harvard University, Batts made his debut as Baltimore's police commissioner, which the local newspaper described as a “fresh start.” That “fresh start” didn’t start well. One year into his tenure, with murder rates and non-fatal shootings up in Baltimore, Batts found himself on the defensive — and again complaining about attrition on his police force. Crime-fighting isn’t going so well, either, especially when it comes to solving murder cases. In fact, Baltimore recently was chosen by the Justice Department to test a new federal program designed to teach local law enforcement officials how to “clear” (i.e. solve) more cases. There have been 68 homicides in Baltimore in 2015. On the bright side, as Baltimore mayor Stephanie Rawlings-Blake said just a few weeks ago, before Freddie Gray died, excessive force complaints against the police are markedly down these days.