The Anomaly of Dylann Roof

White-on-black murders rarely result in a death sentence. Roof might be an exception.

Federal prosecutors have announced that they will seek a death sentence for Dylann Roof, meaning he will face two death penalty trials.

South Carolina prosecutors have announced that they will seek the death penalty against Dylann Roof.

Though Dylann Roof’s case is in its earliest stages, he is likely to face the death penalty for shooting a group of churchgoers in Charleston, S.C. earlier this summer. Governor Nikki Haley is pushing for the punishment, and a famed capital defense attorney, David Bruck, has been hired to represent Roof in both local and federal murder cases. 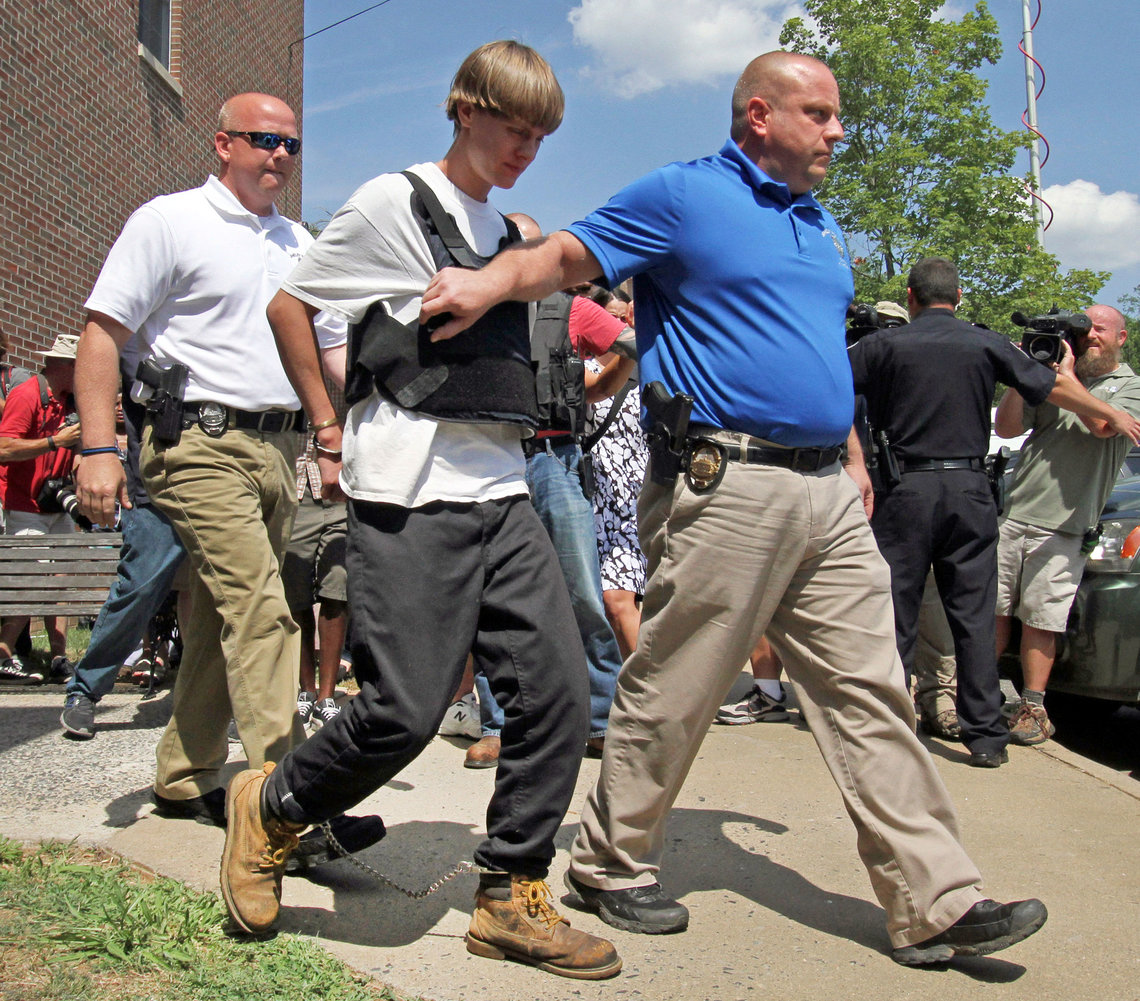 If prosecutors seek the punishment, Roof will join an extremely short list in American history: white defendants facing the death penalty for killing black victims. Only 31 of the nearly 800 white defendants executed since 1976 — when the Supreme Court reinstated the death penalty — had a black victim, according to the Death Penalty Information Center. During the same timeframe, 234 of nearly 500 executed black defendants had white victims.

The last time a white person was put to death for killing a black person in South Carolina, where Roof will be tried, was in 1991. In Pennsylvania, it was in 1999. In Louisiana, 17521. In Texas, there were no such executions between 1854 and 2003, and in Alabama, there were none from 1913 to 1997 (there haven’t been any, since, either). In Florida, a white defendant has never been put to death for murdering a black person.

Before Emancipation, murders of slaves were often treated as a property crime against white owners, punishable by death.

“It is pretty much like you have to be a Dylann Roof in order to get executed for such a crime,” says Frank Baumgartner, a political science professor at the University of North Carolina at Chapel Hill. In a recent article, Baumgartner wrote that the effect of the victim’s race on the likelihood of a death sentence “is one of the most consistent findings in all empirical legal scholarship relating to capital punishment.”

Ever since the research of law professor David C. Baldus on racial disparities in Georgia death sentences formed the basis for a failed Supreme Court challenge to the death penalty in 1987, researchers have consistently argued that there is a relationship between race and capital punishment: white victims produce more executions than black victims, while black defendants are more likely than white defendants to be sentenced to death.

There are many ways to digest the data. Opponents of the death penalty talk about white supremacy and the Confederate flag and lynching as they tie the history of capital punishment to the history of slavery and Jim Crow. They talk about Duane Buck, a Texas man sentenced to death in 1997 after an expert witness told the jury that he was more likely to be dangerous — and therefore more deserving of execution — because he is black.

Supporters of the death penalty, notably St. Louis County Prosecuting Attorney Robert McCulloch, have called studies of racial disparities “bogus” and ideologically motivated. In the St. Louis Post-Dispatch, Kent Scheidegger of the pro-death penalty Criminal Justice Legal Foundation (and probably the most-quoted supporter of the death penalty throughout national media) made the point that all murders of black victims, regardless of the race of the perpetrator, tend to be in places with more black residents, where “support for the death penalty is lower” and communities elect prosecutors who seek the punishment less often.

There are no studies to back up Scheidegger’s point, though it is true that since 1976, prosecutors have taken the views of victims’ families into account when they decide whether to seek the death penalty. The families of Roof’s victims have not made public comments about whether they want Roof to be executed, but many spoke words of forgiveness to him at a recent court hearing (even as Roof’s own white uncle said he would “pull the switch myself”).

Older cases of white-supremacist murders have featured similar public statements from black victims’ families. In 1981, when 19-year-old Michael Donald was murdered by a member of the Ku Klux Klan in Alabama, his mother opposed a death sentence (she chose instead to sue the Klan and won $7 million, forcing the organization to shut down). In 2011, one of three men who dragged a 49-year-old black man, James Byrd Jr., to death from the back of a truck in Jasper, Tex., was executed over the opposition of Byrd’s own son. Of the other two men who killed Byrd, one remains on death row and another is serving life in prison. (Dylann Roof has been indicted under the federal Matthew Shepard and James Byrd Hate Crimes Prevention Act.)

Federal and local prosecutors have not officially announced whether they will seek the death penalty against Roof, but the conversation has already turned beyond data about race and towards issues of culture. The writer Stacey Patton has railed against the “politics of forgiveness,” which, she argues, “has become a requirement for those enduring the realities of black death in America.” Roof’s brutal spree is the latest data point to spark such haunted contemplation.