When Heroin Hits the White Suburbs

Suddenly it’s not a crime problem, it’s a health problem.

Heroin use and abuse in America has dramatically increased over the past decade. Between 2006 and 2013, federal records reveal, the number of first-time heroin users doubled, from 90,000 to 169,000. Some of those users, no doubt, already are gone. The Center for Disease Control announced last month that the rate of deadly heroin overdoses nearly quadrupled between 2002 and 2013.

These troubling figures, and a spate of more recent stories and daunting statistics, have prompted officials across the country to implement bold new policies and practices designed to reduce the harm of heroin use. Although there has been some push to enhance criminal sanctions to combat the heroin surge, much of the institutional reaction to the renewed popularity of the drug has sounded in the realm of medicine, not law. 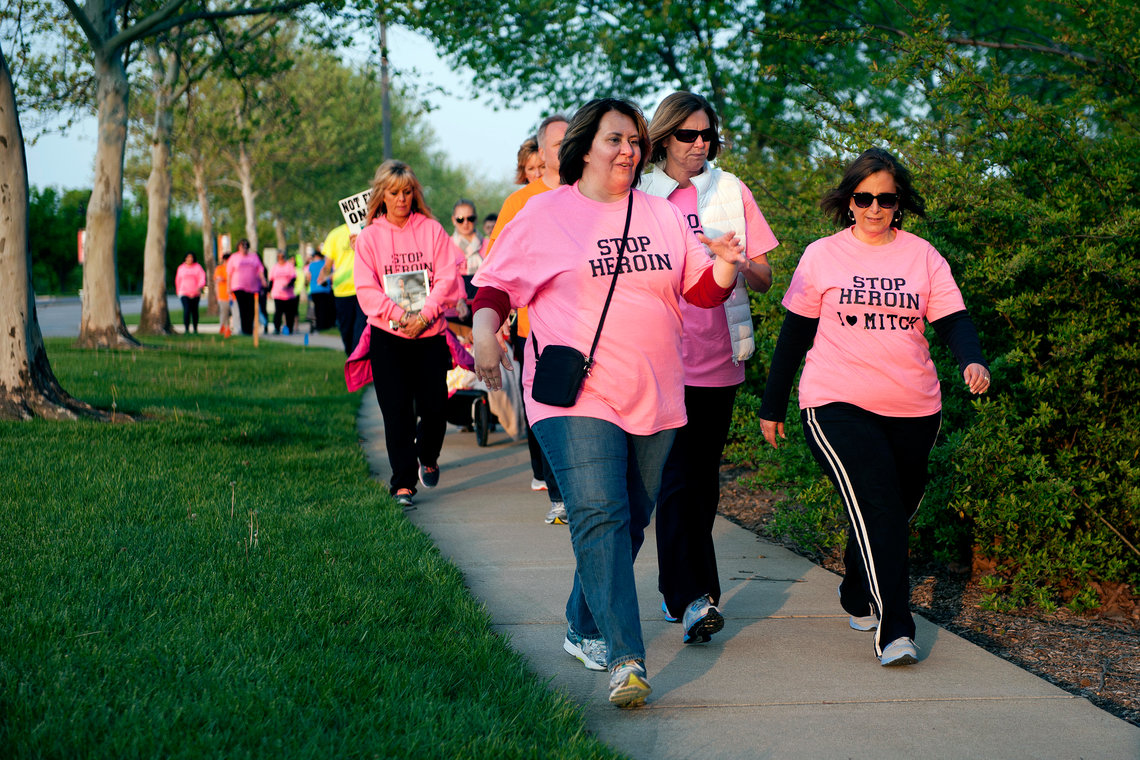 One public official after another, in states both “red” and “blue,” has pressed in recent years to treat increased heroin use as a public-safety problem as opposed to a criminal-justice matter best left to police, prosecutors, and judges. This is good news. But it forms a vivid contrast with the harsh reaction a generation ago to the sudden rise in the use of crack cocaine, and from the harsh reaction two generations ago to an earlier heroin epidemic .

What accounts for the differences? Clearly policymakers know more today than they did then about the societal costs of waging a war on drugs, and dispatching low-level, nonviolent drug offenders to prison for decades. The contemporary criminal-justice system places more emphasis on treatment and reform than it did, say, during the Reagan years or when New York’s draconian “Rockefeller laws” were passed in the 1970s. But there may be another explanation for the less hysterical reaction, one that few policymakers have been willing to acknowledge: race.

Some experts and researchers see in the different responses to these drug epidemics further proof of America’s racial divide. Are policymakers going easier today on heroin users (white and often affluent) than their elected predecessors did a generation ago when confronted with crack addicts who were largely black, disenfranchised, and economically bereft? Can we explain the disparate response to the “black” heroin epidemic of the 1960s, in which its use and violent crime were commingled in the public consciousness, and the white heroin “epidemic” today, in which its use is considered a disease to be treated or cured, without using race as part of our explanation?

Marc Mauer, the executive director of the Sentencing Project, a group that targets racial disparities in the criminal-justice system, has been following this issue closely for decades. He agrees there is strong historical precedent for comparing the crises through the prism of race:

The response to the rise in heroin use follows patterns we've seen over decades of drug scares. When the perception of the user population is primarily people of color, then the response is to demonize and punish. When it's white, then we search for answers. Think of the difference between marijuana attitudes in the "reefer madness" days of the 1930s when the drug was perceived to be used in the "racy" parts of town, and then the 1960s (white) college town explosion in use.

It is now axiomatic that although the crack epidemic of the 1980s devastated communities of color, the legal and political responses to the crisis compounded the tragedy. Crack was an inner-city drug, a street-corner drug, a drug of gangs and guns that white America largely experienced from a distance. Powder cocaine, the more expensive version of the drug, found its way to more affluent users. The federal Anti-Drug Abuse Act, passed in 1986, imposed mandatory-minimum sentences that were far harsher on users of crack cocaine than on those found with the drug in powdered form. The Fair Sentencing Act of 2010 reduced that disparity in sentencing from 100:1 to 18:1, but that remains a striking gap.

Indeed, the harsh, punitive reaction to the crack era was the result of mythology about its use, and its users, that later turned out to be false, says Jeffrey Fagan, a Columbia University professor who has long studied the intersection of criminal justice and race. “It was instantly addictive, it created ‘superpredators,’ you became a sexual deviant, especially if you were a woman, it destroyed maternal instincts,” he said. All of that nonsense led to the draconian sentencing laws associated with crack use in the 1980s, Fagan told me.

And that, Fagan says, was the sequel to another criminal-justice crackdown that had taken place decades earlier. A surge in heroin use among blacks in the 1960s was blamed for a rise in violent crime, and provoked a harsh response.

By contrast to those earlier drug crises, the heroin epidemic of the 21st century is largely a white person’s scourge. The Center for Disease Control says the cheap, easily accessible drug is attracting affluent suburbanites and women. Nearly 90 percent of the people who tried heroin for the first time in the past decade are white, according to a study published in JAMA Psychiatry in July, 2014, and there is no reason to believe the trend has eased since then. Said the researchers: Heroin use has changed from an inner-city, minority-centered problem to one that has a more widespread geographical distribution, involving primarily white men and women in their late 20s living outside of large urban areas. The cause for this may be simple. White people addicted to prescription opiates, the sorts of drugs they could conveniently get from a friendly doctor or pharmacist, are finding heroin an obvious (and cheap) substitute now that law-enforcement officials have cracked down on those opiates. The hottest fronts in this war now can be seen in rural states like Vermont and in suburban areas that largely missed the ravages of the crack craze.

And politicians on both sides of the aisle clearly are paying attention to what researchers diplomatically call the “changing face of heroin use.” According to the Pew Charitable Trusts, lawmakers in at least 24 states and the District of Columbia have enacted laws in the past few years that make naloxone, a prescription drug that helps counter the effect of a heroin overdose, more broadly available. Just three weeks ago, Ohio Governor John Kasich, a Republican presidential candidate, signed emergency legislation to make naxolone available without a prescription.

His neighbor in Kentucky, Senator Rand Paul, another Republican running for the presidency, introduced the Recovery Enhancement for Addiction Treatment Act earlier this year. It would make it easier for doctors to treat heroin users with a drug called buprenorphine. Nearly two-dozen states also have passed laws that protect “good Samaritans” who alert doctors or nurses to heroin overdoses.

Such public-health responses were not necessarily unthinkable during the crack-cocaine wave of the 1980s or the heroin epidemic of the 1960s. But the limited public-health measures adopted during those eras were overshadowed by more punitive responses to those crises. Can you imagine the Congress and the White House of 1985 debating a “Recovery Enhancement for Addiction Act” for crack users? Mauer remembers instead the brutal mandatory-sentencing laws of that era sweeping toward passage in Congress in near-record time. What accounts for the difference? “I don’t think that’s only because we are more thoughtful today,” Mauer says.