Narcan: It Saves Lives. Does It Enable Addicts?

For frustrated police, it’s a quick fix but no solution.

Jonathan Goyer was dying. Collapsed on the floor of his room in a group home for recovering addicts in Rhode Island two years ago, he was barely breathing. His lips and hands were blue, he had lost consciousness. The heroin he injected in the midst of a relapse was about to kill him.

Then, a modern miracle.

Goyer’s housemate, realizing what was happening, injected him with Narcan, an opiate antidote. It took a total of seven injections to revive him. It was the first time in almost 10 years of abusing drugs that Goyer had overdosed, and the near-death experience proved to be the breaking point in his addiction. After a hospital stay, he recovered and now works to educate public health officials about Narcan, which can be purchased over the counter in Rhode Island and may soon be available in other states without a prescription.

Narcan is credited with reversing more than 10,000 overdoses from 1996 to 2010, according to the Centers for Disease Control. But while recovering addicts like Goyer praise the drug’s effectiveness, there are concerns that drug abusers are viewing it as a safety net. Police officers, who are often the first responders to an overdose, see a blurring of the line between saving a life and enabling an addiction. 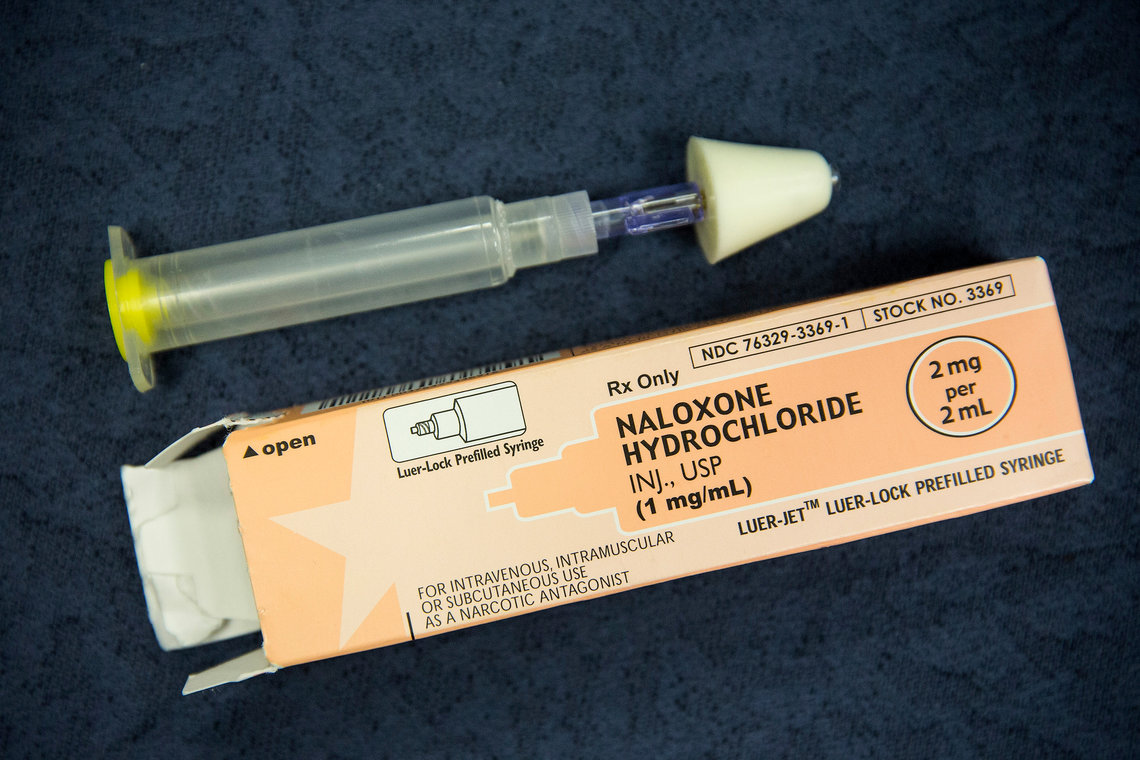 The New York Police Department announced in 2014 it would provide officers with overdose prevention kits that include Naloxone, a heroin antidote administered through the nose.

“There is frustration because a lot of people think that this is a fix-all for the heroin problem, which it’s not,” said Detective Lt. Patrick Glynn, of the Quincy, Mass., police department. Quincy was one of the first departments in the country to equip its officers with Narcan. “I understand why some officers are getting frustrated with it. You can have the same officer that revived the same person two or three times.”

While there are no statistics on the number of addicts who have been revived with Narcan multiple times, Glynn and others say that it’s a constant topic among those who respond to the emergency calls. “I feel it every day when I talk to our officers here,” Glynn said. “They’ll say, ‘We did this person again’ or ‘We did him before.’ I tell them that’s part of the process, the relapse. The real problem is that there aren't enough beds for people in treatment.”

In Quincy, a town of 93,000 just south of Boston, the police department says that its officers have responded to 591 overdoses since they started carrying Narcan in 2010. They were able to reverse 418 of them.

Some police and policy experts say that the combination of cheap, potent heroin, lack of treatment options, and Narcan’s availability has allowed addicts to push their drug use over the edge. But without long-term treatment options, they say, Narcan allows the addiction cycle to continue.

Narcan, the brand name of the drug naloxone, was introduced in 1971 for use in hospitals to prevent patients from overdosing on pain medication during and after surgery. In the 1990s, its use was expanded as an emergency remedy for addicts overdosing on opiates. By 2010, almost all ambulance crews in the U.S. carried Narcan.

In 2014, the New York City Police Department, the nation’s largest, purchased 20,000 Narcan kits for its officers. In doing so, the NYPD joined more than 300 other departments in more than 30 states that equip their officers with the drug, which can be administered by injection or nasal spray. It generally works almost immediately.

Capt. Rick Hopkins commands the Special Investigations Unit of the Vermont State Police, which includes all state-level drug investigations. All officers in his department, regardless of rank or assignment, are required to carry Narcan. Although Hopkins has not had to reverse an overdose with the drug, he said he understands why some officers feel conflicted about using it multiple times on the same addict.

“I can see how [police officers] get frustrated, especially early in their careers,” said Hopkins. “But it’s a matter of perspective. You can look at Narcan as enabling or you can look at it as you’re helping fellow human beings survive until they get healthy.”

Getting healthy after an overdose is the underlying issue. Without further treatment, addicts typically go back to using. Mike Gimbel, a former director of drug policy for Baltimore County, Md., for 23 years, says that Narcan’s availability means an addict could become more reckless.

"Narcan will stop an overdose, but long-term, what can it do?" Gimbel said. "The only thing that will change the behavior of an addict is long-term treatment."

“When you take away the overdose possibility, the addict is going to be more open to using more,” Gimbel said. “If they’re sitting there with some Narcan and they just got some strong heroin, they’re going to take as much as possible.”

Goyer, the recovering addict, disagreed, saying that an addict who has overdosed multiple times isn't thinking about a safety net provided by police and Narcan.

“Why would anyone want to get high to the point where they have to take Narcan and immediately sober up?" Goyer said. "The problem is that there's many addicts who don't care if they live or die.”

Because of “Good Samaritan” laws, which are in effect in all 50 states in varying forms, police usually cannot arrest someone who is overdosing on illegal drugs for personal use. Typically, after officers take the addict to the hospital, he is free to go as soon as he recovers. State Senator Robert Ortt, a New York Republican whose upstate district lies between Niagara Falls and Rochester, is trying to change that.

“Narcan is life saving,” Ortt said, “but it can’t be this get-out-of-jail-free card where you can continue to abuse opiates, and because we have Narcan, we’ll keep reviving you.”

Ortt, who co-chairs the Senate Heroin Task Force, is considering introducing legislation that would mandate long-term treatment for anyone who is revived with Narcan. For Ortt, the issue isn’t just a moral one, but a safety and economic concern.

“Our police are responding multiple times to that same individual,” Ortt said. “If we had a house that was always having domestic issues or noise complaints, those would become nuisance properties that were monopolizing our resources, so we have to address this from that angle.”

Despite the debate and the frustration many cops feel, Glynn, of the Quincy police department, insisted that police officers would continue to try to save lives, which means administering Narcan when it’s needed.

“We can feel conflicted, but we’ll never stop doing it because that’s what we were hired for,” Glynn said. “It says ‘protect and serve’ on the side of our cars, it doesn’t say ‘protect and serve once or twice but not three or four times.' But sure, it can get frustrating for people.”

For former addicts like Jonathan Goyer, the use of Narcan is unclouded by ethical, moral or economic factors.

“Being saved by Narcan offered me that opportunity to reflect on my life,” he said. "Narcan kept me alive until I wanted to live.”

This article has 1 letter to the editor. Read the letter.
Tags: →Heroin →Opiate Addiction →Drug Use →Drug Treatment →Drug Scare(s) →Narcan →Overdose →Recovery from Drug Use