‘Sex is Not a Service’

A former prostitute makes the case for busting johns.

“Paid For,” by Rachel Moran, is a distressing and even stomach-turning book. Moran was born into poverty in Dublin and raised by two severely mentally ill parents. She left foster care at age 14 and became homeless. A year later, in 1991, her 21-year old boyfriend suggested that she sell sex, which she knew would allow the two of them to afford food, a flat, and cigarettes.

She then spent seven years working as a prostitute on the streets, as an escort who visited clients’ homes, and in brothels. She became addicted to cocaine, which she says she used to blunt the disgust she felt from servicing up to 10 men per night. An evocative writer, Moran does not stint on the details of these encounters. One client was infamous among Dublin prostitutes for not washing; his stench preceded him into the room, and Moran had to hold back the urge to vomit as she completed the job. Another client threatened her with a gun when she refused a particular sex act. At times, she was raped, dragged, beaten, and robbed. 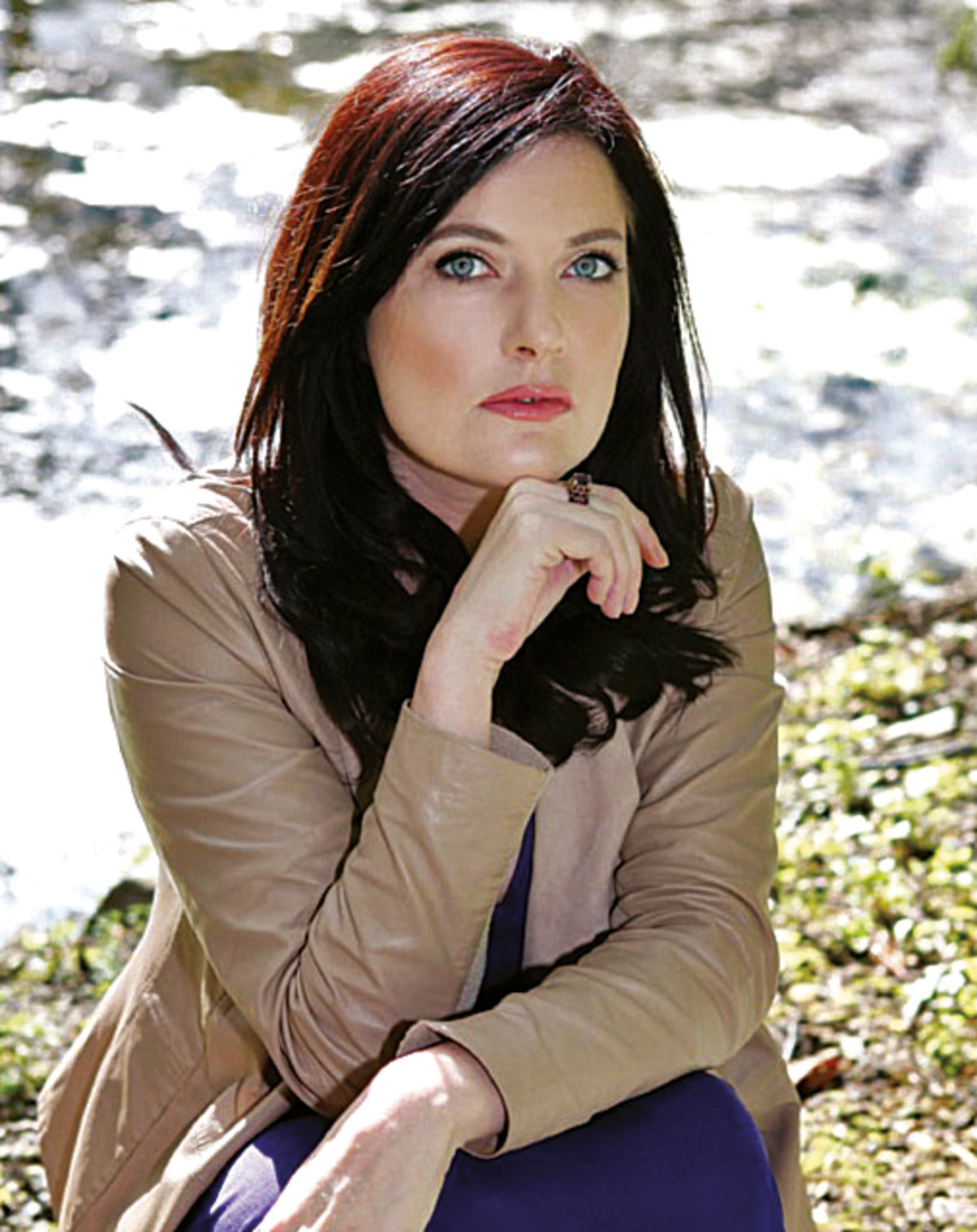 After leaving prostitution, Moran got clean, earned a degree in journalism, and became an international advocate of the “Nordic model,” in which johns are aggressively targeted by law enforcement, but those who sell sex are decriminalized. In the United States, female sex workers are far more likely to be arrested than their male clients. Where large scale surveys of sex workers have been conducted (notably, not in the U.S.), the results show the majority oppose criminalizing clients. Last month, Amnesty International announced its support of decriminalized, regulated prostitution, arguing that it would protect the safety of women and men who sell sex by enabling them to work cooperatively and turn to the authorities for help when they are sick or abused. On blogs and social media, there is no shortage of sex workers and former sex workers who portray sex work as a matter of choice, empowering and at times enjoyable.

In this context, Moran’s book demands to be reckoned with. There is only limited demographic research on prostitutes, but it suggests the childhood poverty and trauma Moran experienced are common among women and girls who do sex work, particularly those on the street. Legalizing prostitution, she argues, can increase demand, which is part of the reason why nations like Germany and Denmark have experienced growth in illegal human trafficking. But regardless of whether or not they were trafficked, Moran writes, “every prostitute I’ve ever known wanted to get out of prostitution.” Here, she talks to The Marshall Project about her book, already a bestseller in Ireland and newly published in the United States. The interview has been edited for length and clarity.

What do you think is a fair legal consequence for a man who purchases sex?

While I wholeheartedly support the Nordic model, the problem I see in the countries where it's been implemented is the penalties are simply not stiff enough. If a man knows he’s going to be fined, for example, $500, he’ll roll the dice with that in a lot of cases. If a man is going to be fined $10,000, that is very liable to deflate his erection. I like the system that Sweden has, in that they fine people according to their means.

While working as a prostitute, you once went to the police to report a man who had abused you. An officer essentially laughed you out of the station, seeing violence as simply part of your job. How should police interact with prostitutes?

The most positive policing strategy that I’ve seen so far is the one in place in Sweden, where police receive special training in how to deal with women in prostitution. When they arrive to do a raid, they arrive in the company of social workers and they tell the women their rights. The first thing they make them aware of is they are not going to be charged [with a crime], because it’s not illegal for a woman to prostitute in Sweden.

What’s your take on the federal raids and shutdowns, here in the United States, of websites where sex workers advertise and interact with clients, like Rentboy.com and myRedbook.com?

You criticize outreach programs that provide condoms, medical treatment, and food for working prostitutes, saying they make it easier for women to stay in the life of selling sex. What should non-profits do if they want to help?

The problem with harm reduction policies, as I see it, is they often stop there. They are about reducing the physical harms by providing condoms and testing for sexually transmitted infections. All that does is possibly—and not even certainly—reduce the physical harms, and it even goes so far as to fasten a woman’s position in prostitution, because there’s no incentive they offer to get out. A woman needs other options, and the harm reduction model does nothing to provide that to her.

You were arrested while working as a prostitute, and at 16, you were briefly in the juvenile justice system in Ireland. After that, you returned to prostitution, even though you did not want to. What could the justice system have done better to help you?

Well, I think that in the early 1990s in Ireland, what I was dealing with was a system that was wholly inadequate to deal with someone who was an adolescent. I would have needed, and I know I would have responded well to, educational opportunities. But that wasn’t provided. I spent a month in a detention center for the under 18, and then four months in a foster home. And you know, it didn’t do anything to change my life—although being in the foster home was a bit of a respite. There was no follow-up care.

I would have needed education, but I most certainly needed counseling. That was something that wasn’t even discussed. At the time I was 16, I’d been used by God-only-knows how many hundreds of men, and the idea of counseling didn’t even enter the equation. Nobody mentioned it. I was supposed to spend these few months between the incarceration center and the foster home and then move on with my life as if everything was perfectly normal and nothing had happened.

You critique the idea, now common on the left, that prostitution is essentially similar to other service work, like flipping burgers at McDonalds or cleaning houses or giving pedicures. Those jobs aren’t necessarily enjoyable, either.

To go back to the basics, sex is not a service. You can’t reasonably pretend that it is. You need to pretend that it’s a service in order to normalize it. The bald reality is that putting your hands on a person who doesn’t want them there and putting your penis into the orifices of a person’s body when you know they don’t want your penis there is, in fact, pathological behavior. When men pay to do that, they’re not paying for a service, they’re paying to absolve themselves of the wrongfulness of what it is that they’re doing.

You write that in your experience, a third of male clients are buying sex because they get off on the fact that the prostitute is not enjoying it. In other words, that they want to hurt women.

Easily a third. What people need to know is that a whole series of studies into the behavior of sex-buying men show and prove that they are very well aware of the violating nature of what they’re doing.

I have recently heard, more and more often, the argument that disabled men have the right—almost a civil right—to purchase sex. How do you respond to the idea of legal prostitution as a disability rights issue?

I would like to know in what other context do they advocate that one marginalized group has the right to use another marginalized group? And I would direct their attention to the gender bias of their argument. They are not arguing for the rights of disabled women to access men for sex.

What is the current legal situation for prostitution in Ireland?

There was a law passed in Northern Ireland which criminalized the purchase of sex, on June 1 of this year. The legislation in the Republic of Ireland, where I live, has already been announced, but not yet implemented.

You acknowledge that expanding arrests of men who buy sex takes significant police capacity, a capacity that may not exist everywhere.

What’s going to be very necessary is that the exit strategies we discussed are provided, and the funding is made available at government level to really deliver those. Prostitution in Ireland is very different today than when I was in it in the 1990s. At that time, close to 100 percent of prostituted women were Irish. Now many more women are in prostitution and 95 percent of them are foreign. Some are migrants and some trafficked. It’s a very different landscape and will need different services in response.

You argue that there are fewer distinctions than commonly acknowledged between trafficking victims and “consenting” prostitutes. “Consent” is a much more complex notion when a woman is facing homelessness, dire poverty, or is pressured as a young teenager into prostitution. You experienced all three of those realities.

I wouldn’t even say it’s much more complex. True consent doesn’t exist in those circumstances. If you’re facing the difference between having no food in your stomach and having a penis in your mouth, it’s not much of a choice.