Leaders of the nation’s major police departments announced on Wednesday that they have joined forces with current and former federal, state and local prosecutors in an alliance to reduce crime as well as the country’s swollen prison population. 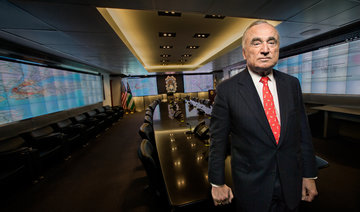 Read our original story about the police chiefs who want to remake policing in America, again.

The group, which calls itself Law Enforcement Leaders to Reduce Crime and Incarceration, grew out of a meeting in Chicago a year ago and has come to include the elite of America’s policing fraternity, whose policies, from community policing to the Broken Windows strategies in New York and elsewhere, helped to reshape law enforcement across the country. 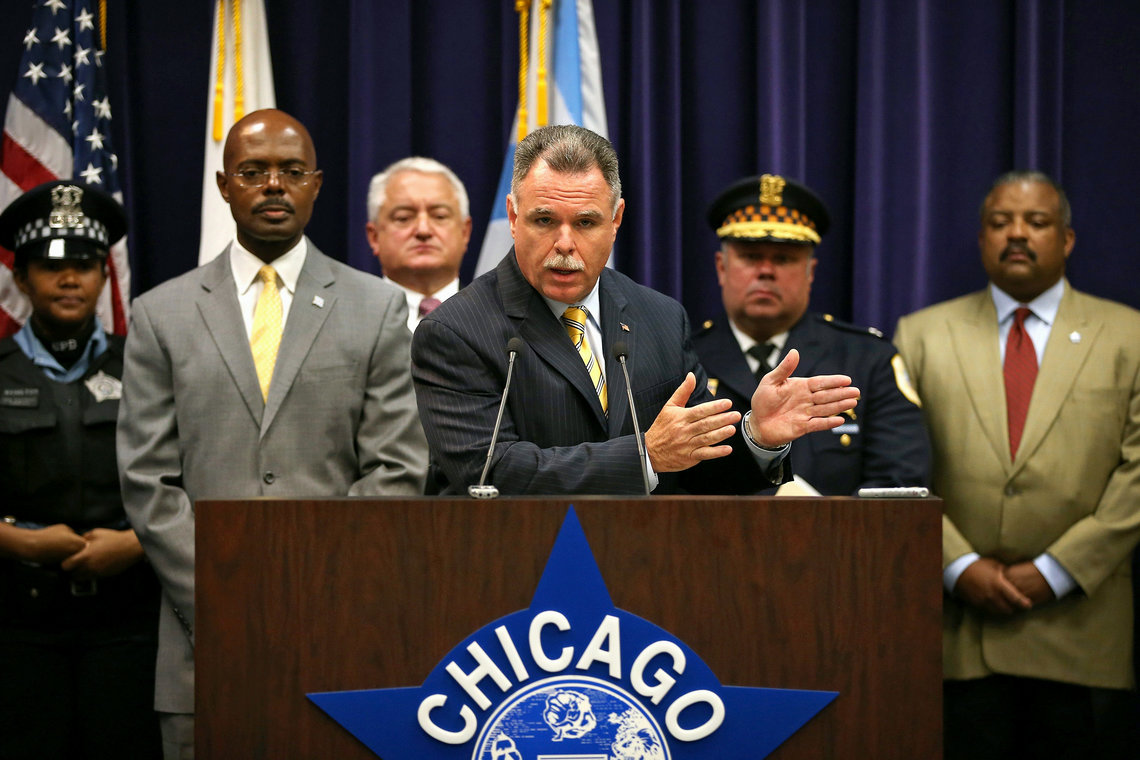 Chicago Police Superintendent Garry McCarthy held a press conference to announce the arrests of four men in a shooting at Chicago's Cornell Square Park in September, 2013.

“There was a sense in the room that people thought police chiefs were not in support of reducing mass incarceration,” Serpas said. “It caught everybody by surprise how candidly and vehemently the chiefs were talking about how we would like to get behind a program that would be looking more holistically at arrest procedures and incarceration.” Their goals coincide with those of President Barack Obama, who has said he will spend the final year of his presidency working to address mass incarceration and criminal justice reform. The president said in his weekly radio address that he plans a series of events during the next two weeks to bring attention to these issues.

Serpas and McCarthy, who now co-chair the new group, said they began to reach out to their contacts in prosecutors’ offices, floating around the thought that a unified mix of the criminal justice careerists could influence state and federal law.

“We don’t want everybody in jail. We want the right people in jail. It is a small component of the community that creates the vast majority of the violence,” McCarthy said in an interview. “Not one of us is saying that narcotics is O.K. But there is a difference between putting a gun in somebody’s face and saying ‘give me your money.’ And getting caught with ten bags of heroin because you have a problem. They are two totally different crimes. And the priorities have to be reflected in the laws.”

“We really have a powerful group of people,” said Serpas, who like several of his policing counterparts in the group, has earned higher education credentials (he has a doctorate) and has commanded several law enforcement agencies outside his hometown. (Serpas is now a criminology professor at Loyola University New Orleans and has served as Nashville’s police chief and the chief of the Washington State Patrol).

“We want to influence legislation but most importantly we want to influence public consumption of information about this topic,” said Serpas. He, McCarthy, and the group’s other members will detail their ambitions during a Wednesday afternoon luncheon in Washington, D.C. The Brennan Center for Justice at the New York University School of Law is advising the group.

The group has attracted at least one skeptic: Jonathan Smith, a former Department of Justice official. Until April, when he left the agency, Smith had investigated the New Orleans Police Department and others that had been cited for unconstitutional behavior. Smith noted allegations of police abuse in the departments where the group’s leaders work.

“Chicago and New Orleans are not the places you look to for where police have undertaken progressive strategies to avoid incarcerating low level offenders.” Smith said. (The New Orleans Police Department has been operating under a federal oversight since 2012. Serpas headed the force from 2010 to 2014).

McCarthy brushed off the criticism and said that Chicago police have decreased their number of arrests by 20,000 in two years and have seen a 68 percent decrease in police-involved shootings.

“If that is not progressive, then I don’t know what is,” McCarthy said.

Among the new law-enforcement group’s initial actions will be support of a bipartisan criminal justice reform bill that working its way through the U.S. Senate. The proposed legislation includes provisions to reduce some mandatory minimum sentences for federal drug crimes and scale back the use of solitary confinement for juveniles housed in federal prison.

Walter Holton, a former U.S. Attorney in North Carolina who served under President Bill Clinton and is now a defense lawyer, explained that he signed on to join the McCarthy-Serpas effort because he believes that “we can reduce crime and protect the public safety and reduce these outrageous incarceration rates.”