A lack of evidence doesn’t stop cities from rounding up sexual offenders on the holiday. 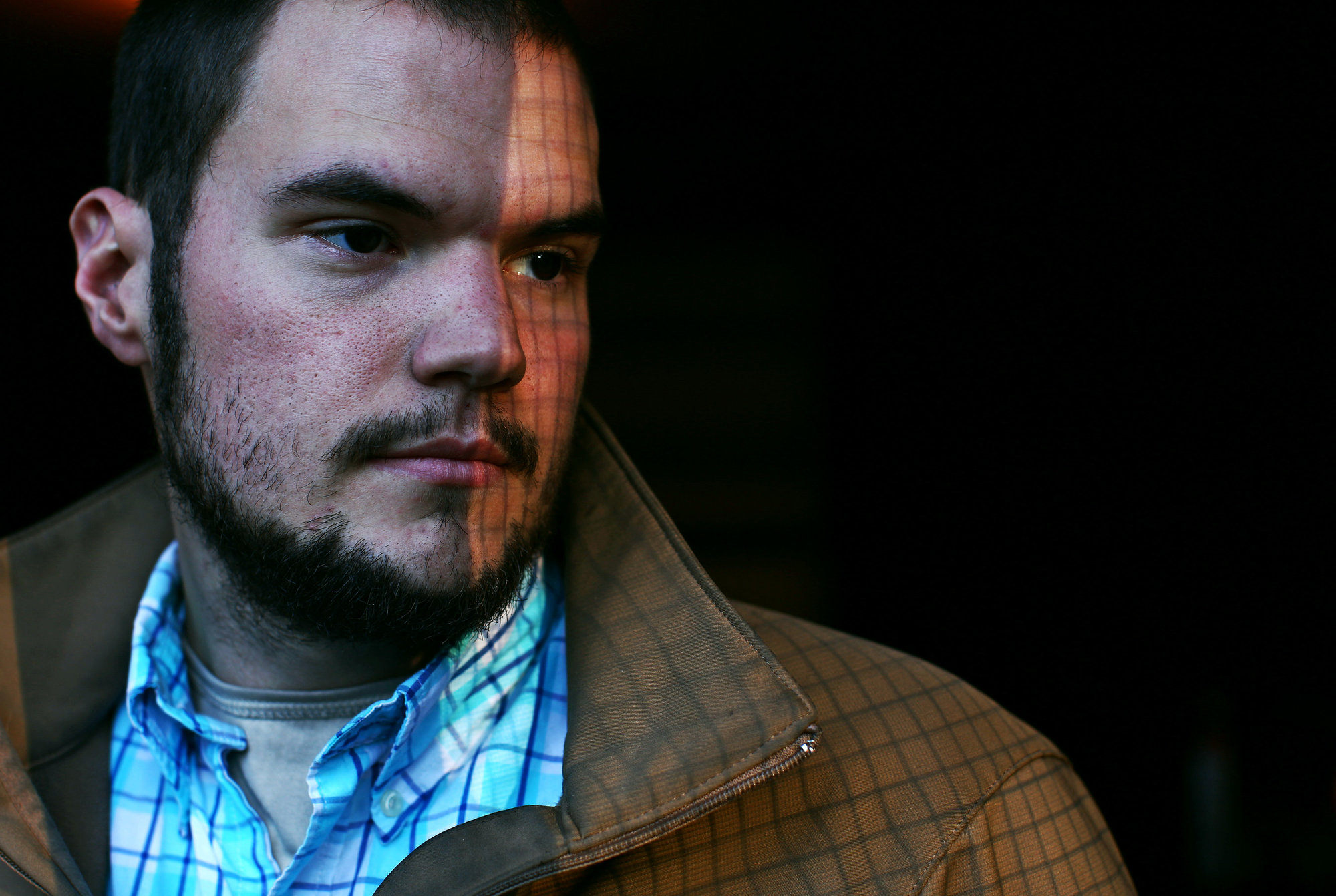 Allen O'Shea will spend his first Halloween as a registered sex offender being monitored at a Gaston County, N.C. courthouse. Travis Dove for The Marshall Project
By Anat Rubin

Before the sun sets on Halloween, Allen O’Shea will make his way to the local courthouse in Gaston County, N.C., where he will remain for several hours under the watchful eye of law enforcement until trick-or-treating has ended.

This story was produced in collaboration with Mic.

This will be O’Shea’s first Halloween as a registered sex offender, a label he earned after having consensual sex with a 15-year-old girl when he was 19. He admits he was wrong. Still, being held in custody because costumed children are walking the streets asking for candy strikes him as absurd.

“My crime had nothing to do with kids,” he said. “I made a 19-year-old mistake. I didn’t go and molest a 5-year-old, and I’m being treated as someone who did.”

The consequences of ending up on a state sex offender registry are harsh, making it extremely difficult to find a job or even a place to live.

But on no day is the fallout stranger than it is on Halloween.

Despite research showing no evidence that children are at greater risk of experiencing sex abuse on Halloween than on any other day, states and localities around the country impose severe restrictions on registered sex offenders during the holiday.

Some, including parts of Virginia, Georgia, Delaware and Texas, require sex offenders on probation or parole report to designated locations. Others, such as Missouri, Florida and Nevada, direct some offenders to post signs on their doors that say, “No candy or treats at this residence.” Broader restrictions in most states direct people on the registry to keep their lights off to deter trick-or-treaters and stay away from children in costumes in their neighborhood or at the local mall. 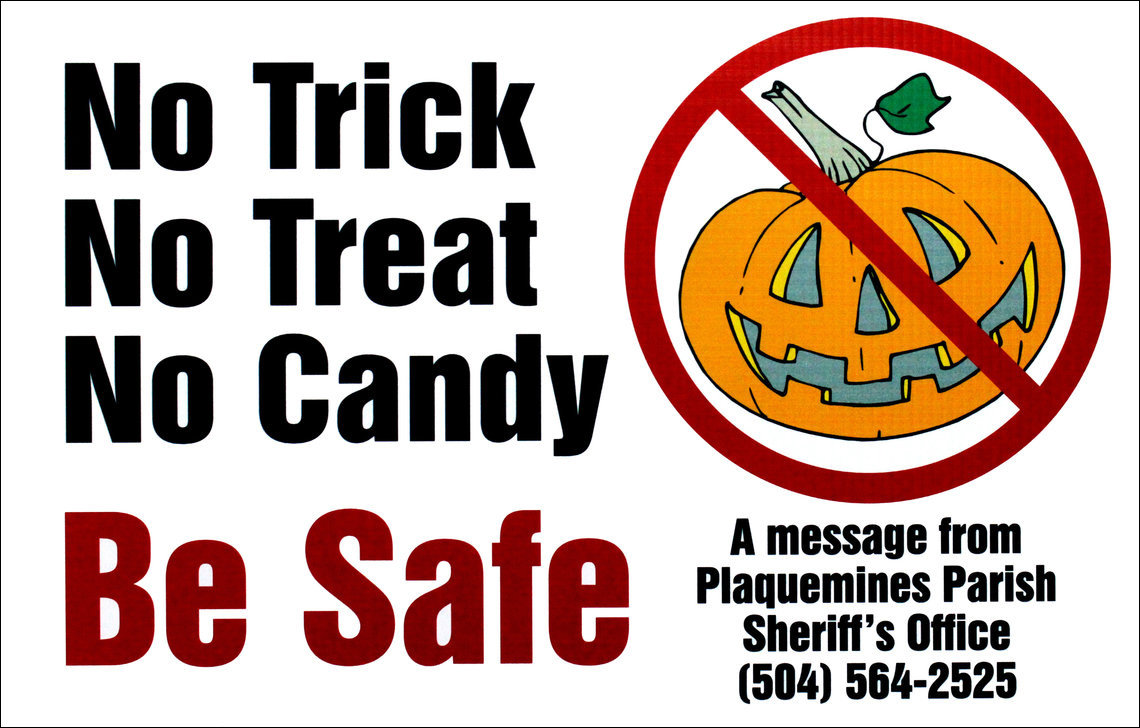 Before a 2014 ACLU complaint, the Plaquemines Parish Sheriffs Office in Louisiana required all registered sex offenders post this sign on their front lawn on Halloween.

For more than six years, the Gaston County Sheriff’s Department in North Carolina has ordered sex offenders who are still on parole to report to the courthouse on Halloween, said Capt. Mike Radford, who helps to oversee the program.

“We keep them in one big courtroom and call people in and out to do random drug testing and vehicle searches, and we have guest speakers,” he said. “If they don’t show up, we pick them up and arrest them.”

Radford said he doesn’t know why the program began but believes it is because Halloween presents “easy accessibility to a minor.”

The laws began to proliferate nationwide in the 1990s, when the fear of a predator who lures young children into his home with candy arose amid other concerns, such as poisoned treats and razor blades in apples.

“Going back decades, there is this sense that there are these dangers to children on Halloween,” said Jill Levenson, a clinical social worker and associate professor at Barry University in Florida.

But studies have shown that more than 90 percent of children who are sexually abused know their abuser, who is often a family member or close acquaintance. A Bureau of Justice Statistics report showed that only 7 percent of those who sexually abused juveniles were strangers to their victims.

Levenson co-authored a study that examined the Halloween effect by looking at sex crimes against children between 1997 to 2005. The researchers analyzed more than 67,000 crimes in which the perpetrators were strangers, acquaintances, and neighbors.

In a year-by-year comparison that zeroed in on Halloween, the researchers found no variation in number or types of crimes committed, even as more laws were added.

But that’s not the message families hear in the weeks before Oct. 31, when articles with headlines such as “Homes to Watch Out for This Halloween,” which run the addresses of local registered sex offenders, are common. 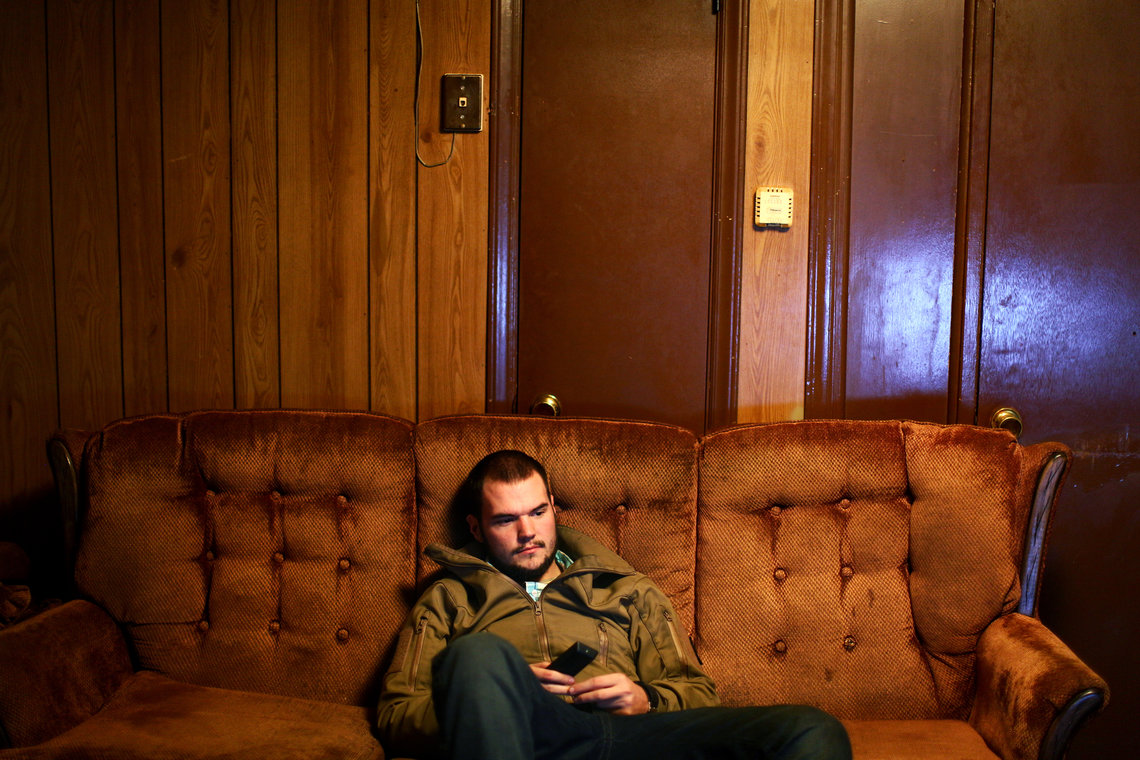 Requirements of O'Shea's probation prevent him from interacting with children, including his 11-year-old half-brother and 14-year-old step-sister.

Travis Dove for The Marshall Project

The California Department of Corrections and Rehabilitation has for the past 22 years run a program called “Operation Boo,” which promotes compliance checks of registered sex offenders on parole across the state.

Luis Patino, a corrections department spokesperson who oversees the program, said another aim is to guide parents to the public registry so they can monitor any registered sex offenders in their areas.

The corrections website features a downloadable “Operation Boo Parent Patrol” badge that children can color and parents are encouraged to wear on Halloween.

Patino acknowledges there is no evidence of an increased risk on Halloween, and is aware of data showing that most children know their abusers. He said the department provides parents with links to other websites that dispel myths about child sex abuse.

“But the research tells us across the board that the majority of sexual offenders do not go on to reoffend,” she said.

In California, a recent corrections department report found that close to 92 percent of the registered sex offenders in the state who returned to prison did so because of a parole violation. Only 0.8 percent were rearrested because they committed another sex crime.

There has been some pushback. A lawsuit filed earlier this month in federal court accused the California corrections department of first amendment violations after state parole agents in San Diego told registrants there they must post a sign announcing they were not participating in Halloween. Similar challenges have blocked the sign requirement in other parts of California.

For O’Shea and other people on sex offender registries, giving up Halloween isn’t their biggest concern, but only a more bizarre example of some of the restrictions they face each day.

The terms of his O’Shea’s probation prevent him from interacting with children, including his 11-year-old half-brother and and 14-year-old his step-sister.

“I can’t go to a restaurant near a Chuck E. Cheese,” O’Shea said. “If I go to Wal-Mart, I can’t go anywhere near the toy section. I can’t go to the mall either, because the mall here has an area where the kids play while the parents are shopping,” he said.

“But the most difficult thing is I can’t see my brother and sister,” O’Shea said. 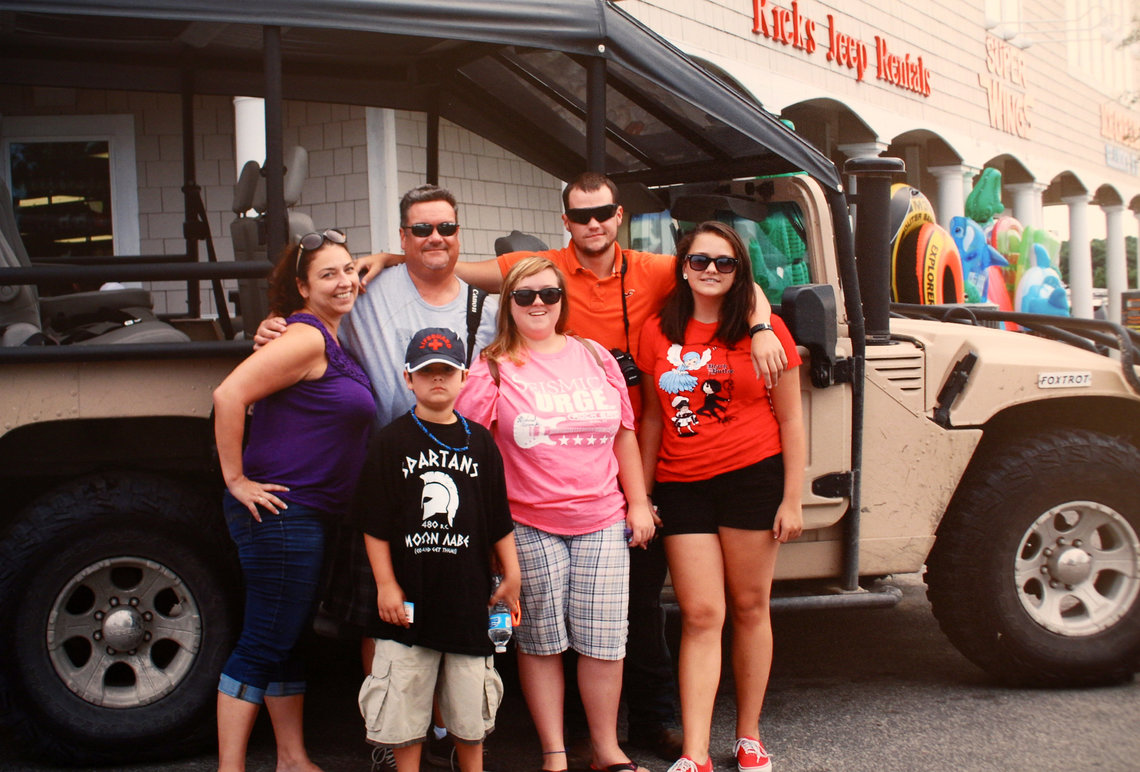 Allen O'Shea with, clockwise from left, stepmother Marie, his father Bill, stepsister Zoe, and half-siblings Andrea and Brandon in a 2014 family portrait.

Courtesy of the O'Shea Family

O’Shea was charged with statutory rape and pleaded guilty to second-degree kidnapping of a minor, a lesser charge, to avoid jail time.

The Gaston County prosecutor confirmed the initial charges but would not discuss the case or explain the kidnapping charge. Attempts by The Marshall Project to reach the victim’s family were unsuccessful.

“Allen was in the National Guard, he was a volunteer at the airport museum, he was a Red Cross certified lifeguard,” said his father, Bill. “Should he have known better? Absolutely. Should there have been a punishment? I think so. But don’t ruin their lives.”