The Odds of Overturning the Death Penalty

The man who helped topple it (briefly) in 1972 gauges the likelihood of success.

How vulnerable is the death penalty? It’s a question that has been asked with increasing frequency and intensity this year. Over the summer, Supreme Court Justice Stephen Breyer invited defense lawyers to bring a case that would allow the court to decide whether the punishment is “cruel and unusual” — meaning whether it should be abolished completely.

But since then, these lawyers — many of whom have devoted their entire careers to opposing the death penalty — have been divided on whether to actually push a case before the court. Some want to bring a case before the court as soon as possible, arguing that there has never been a set of justices more amenable (Justice Ruth Bader Ginsburg, who signed onto Breyer’s opinion, may soon retire). Others say there is no guarantee the court would rule their way, and a loss — a ruling that the death penalty really is constitutional — could set back their cause indefinitely.

Both sides invest much of their energy in psychoanalyzing Justice Anthony Kennedy, whom they view as the key swing vote in a challenge to the death penalty, and who has written at least one opinion limiting its use in the past.

Another place to turn is history. The situation these defense lawyers face is not so different from one their predecessors faced half a century ago. In 1972, a group of lawyers with the NAACP Legal Defense Fund, led by Anthony Amsterdam, succeeded in convincing the court to strike down the death penalty, in a case called Furman v. Georgia1.

William Henry Furman was eventually paroled after his death sentence was overturned. In 2004, he was convicted of burglary and is currently incarcerated in Georgia.

The backlash to Furman was swift and furious, as state legislatures scrambled to rewrite their laws to satisfy the court’s concern that the punishment was too arbitrary. Four years later, in 1976, the court approved the new laws, setting up the system of capital punishment we know today. A huge victory for death penalty abolitionists quickly became a huge defeat. **

So what might those NAACP lawyers who won and lost 40 years ago have to say to their counterparts in the anti-death penalty movement today? Would they recommend bringing a case? 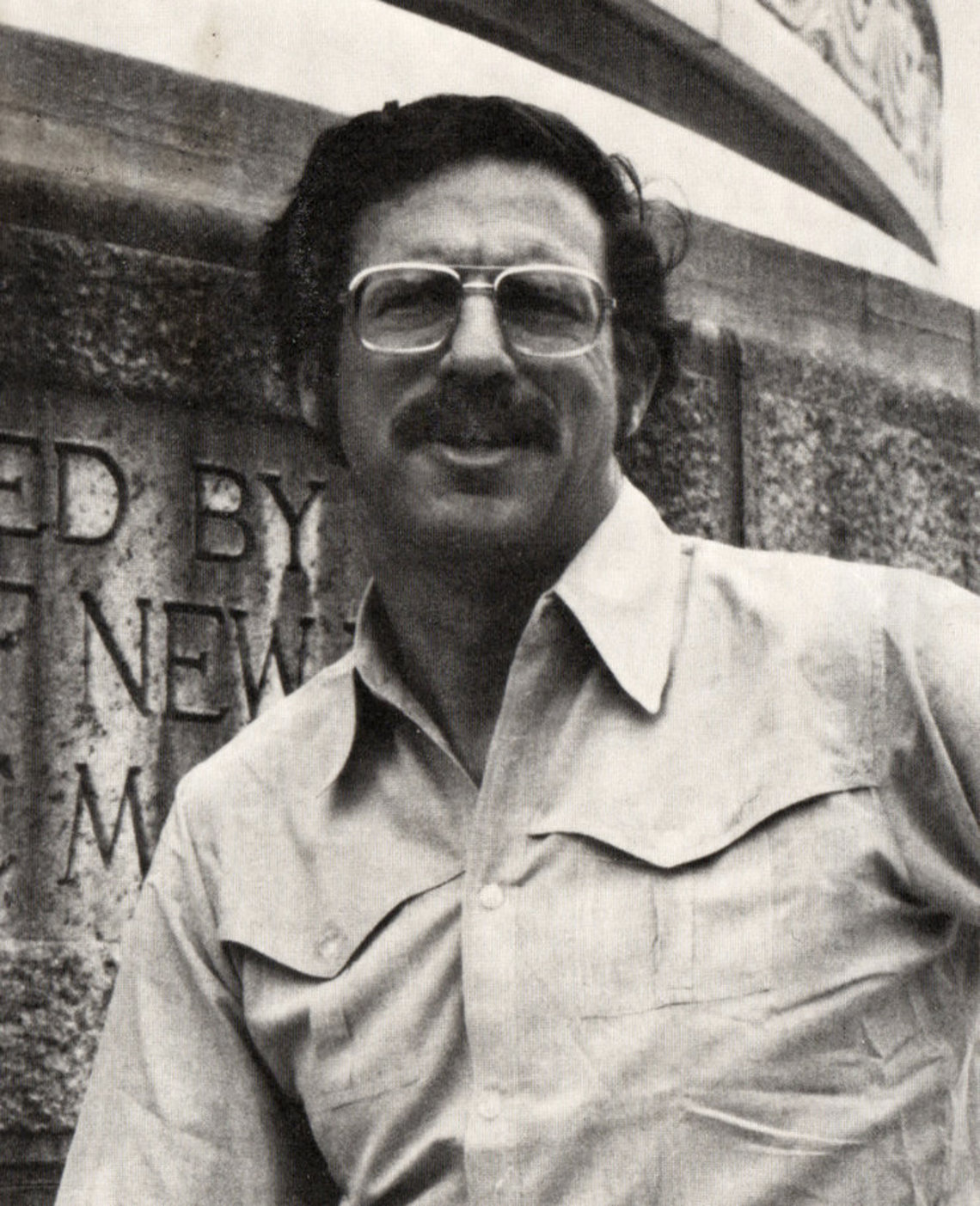 We went to Michael Meltsner, a law professor at Northeastern University in Boston and one of the last professionally active members of the cohort of NAACP lawyers who won the Furman case (he wrote a book about that effort called Cruel and Unusual: The Supreme Court and Capital Punishment). At age 24, when he was hired by Thurgood Marshall, he became the second white attorney at the NAACP Legal Defense Fund.

To set this up: In 1963, Justice Arthur Goldberg suggested in a dissent that a challenge to the death penalty could prevail. This ultimately led to your success in Furman v. Georgia, which struck down the punishment in 1972. This summer Justice Stephen Breyer — who once clerked for Goldberg — published an invitation to defense lawyers to challenge the punishment again. How similar is the situation you confronted to the one facing death-penalty opponents today?

We had a strategy from the 1960s on to stop as many death cases as we could, to collect proof of racial discrimination, and to raise procedural arguments of various sorts. By the early 1970s, we had either gotten what we could out of procedural arguments or lost them. All that was left was the general Eighth Amendment argument, that the death penalty was cruel and unusual. Furman was really the last chance.

The difference between now and then is we had no other choice2. There was nothing left we could do with the death penalty.

Those who support waiting to challenge the death penalty at the Supreme Court want to focus instead on pushing legislatures to abolish the punishment in individual states.

I would say that there was no way we could have predicted winning in Furman. It’s not that we thought we’d lose necessarily. But there was really no confidence in winning.

But we won. And the way we won affected the future of capital punishment.

After your victory, many states scrambled to write new laws to bring back the punishment. Now there’s a divide between those who want to bring a challenge to the court and others who are more cautious, saying a loss could set the movement back by strengthening capital punishment.

It is similar to the original situation in that respect. But there are some wrinkles: we didn’t have complete control over the movement to end the death penalty, but we had an enormous influence. The NAACP Legal Defense Fund was known by the justices at the time as the organization that owned the issue. They trusted us. This is all happening in the late 1960’s. The Legal Defense Fund, when I was first assistant in the 1960’s, had successfully argued more cases before the court than any law firm. So you had a fount of great trust, and I think that was important to the justices.

Today, you have a fragmented bar, and nothing can stop somebody from bringing an Eighth Amendment case to the court.

The debate out there is in a way beside the point: it’s up to whether the justices take such a case. This is all like Kremlinology — “Oh, Malenkov is closer to Brezhnev this time.” This is all total speculation. All the people quoted in the journalism3 you’ve read have no idea, no evidence for what Kennedy would do. And I don’t either.

In addition to the New York Times report that first delved into the strategic debate among defense lawyers, BuzzFeed has spoken at length to the most active lawyers looking to bring a case before the court.

But some say if you don’t bring a case now, it may be the last chance before the court changes its makeup and becomes less open to a death penalty challenge.

I’m much more cautious. Maybe I’m living in the past; I don’t know. On the one hand, Kennedy has been the critical voice in certain cases lately, which have significantly restricted the death penalty.

And in those cases, he is able to differentiate between the single case and the social policy. And that’s critical here. Because ultimately what supports the death penalty in this country is the horrible crime: Take the Tsarnaev trial. In a place, Boston, that largely opposes the death penalty, he gets sentenced to death because of the facts of his crime. For us, the death penalty is a system that produces certain outcomes, and that is constantly stimulated by the journalism, the sensationalism, the horror of particular events. Every time you read or think ‘Oh the death penalty is awful, it convicts innocent people, it’s unreliable, it’s racially biased.’ Then there’s, “this guy took this woman…” Etc. and so forth.

And I think Kennedy has shown a capacity to understand the difference between these ways of looking at a subject in his opinions.

But then he has had plenty of opportunities to come out against the death penalty per se and has let executions proceed. So you can see it would take a mind reader to know where five votes to abolish come from.

What do you make of the strategizing among defense attorneys about the best possible case to bring before the court?

We were always clear that we weren’t going to sacrifice anyone for the sake of strategy. But the tension is always there in the world of impact litigation, between individual cases and social policy interests.

I would be much happier if the story was told as, ‘I represent X. He has no more claims. There is no reason why he should be executed given all these arguments, and I’m debating bringing this to the Supreme Court.’ That’s a different structure than what has come out in these stories. There is something that bothers me about the narrative you see emerging — it’s too manipulative. I’m not criticizing these lawyers, who certainly seem to know their business. I would feel a lot more confident if they said, ‘We don’t know how the court will rule, but our client Mr. Jones has no other claims.’ That’s the situation we were in.

The Justices don't like to feel they’re being manipulated. It’s not unknown to them that people strategize on how to get to the court. It’s just that this is so public and maybe that would affect somebody on the court’s attitude. Look at how Justice Samuel Alito criticized lawyers trying to keep states from getting lethal injection drugs, saying they were using “guerrilla” tactics to stop executions. On the one hand that’s lawyers representing their clients. But on the other that’s an opening for critics like Alito to throw mud at them, to say ‘You’re just trying to trick us. This isn’t a real issue. It’s one you lawyers have created.’ That’s the dynamic that worries me.

Are you cautious because there was such a backlash after you won in Furman, and state legislatures scrambled to strengthen capital punishment?

It’s not so much that. I don’t think there would be the same kind of backlash. There would be a public backlash, but I don’t think it would be as strong as it was in the 1970’s. I’m cautious because I don’t like to lose, and there may be negative consequences you haven’t considered: The court could get stricter in terms of what future death penalty cases they would be willing to consider. A second possibility is it could be politicized in a particular presidential election.

If the court were to strike down the death penalty, what would people who wanted it to continue do next? What would the backlash look like?

Just like with flag-burning, immediately you’ll have a lot of talk about a constitutional amendment. Who knows what Congress would look like. I don’t think it would be easy to get that done, for a number of reasons, from the number of states that have abolished it. It’s a hard one. But you’d certainly get the talk. There’s no cost for a congressperson to say, ‘I’m going to amend the Constitution.’

The court would come in for criticism. There would be vicious dissents. But if they write an opinion saying ‘Never,’ that’s it. I think they’d get away with it. But there would certainly be resistance. Even though the death penalty is withering away, it's doing so with deliberate speed4.