The Filmmaker Who’s Taking on Taser

A new documentary criticizes TASER International and the studies behind their safety claims.

His senior year of journalism school, Nick Berardini set out to make a movie about a young man, Stanley Harlan, who died after being Tased for 31 seconds during a contentious traffic stop in Moberly, Missouri. But Berardini’s focus quickly shifted. “It became very clear that the way to understand what happened to Stanley Harlan was to understand the company,” Berardini says. 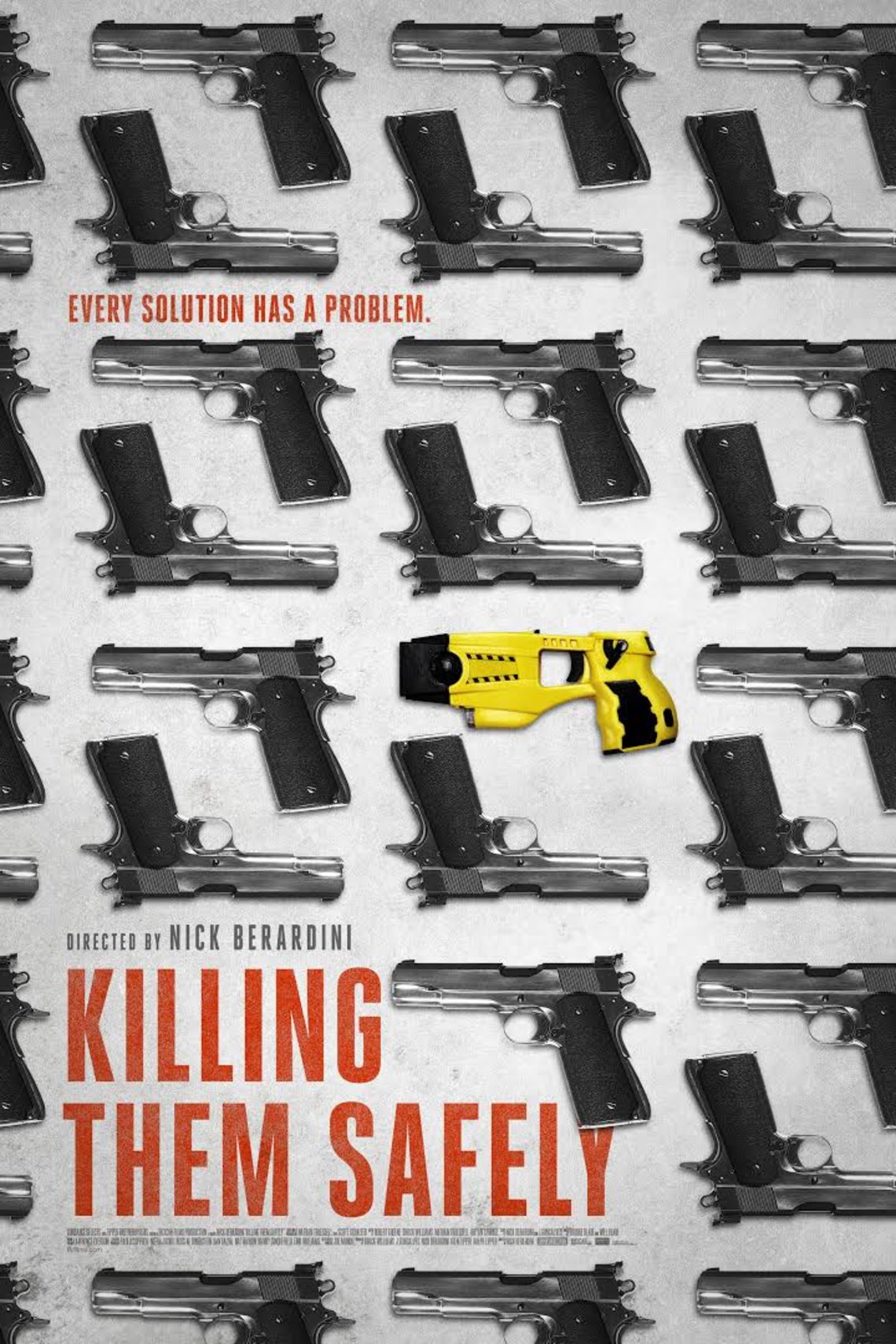 A promotional poster for "Killing Them Safely."

The resulting documentary, “Killing Them Safely,” in theaters November 27, takes a close — and unabashedly critical — look at TASER International, Inc., a company that has sold electrical weapons to more than 18,000 law enforcement agencies and has more recently entered the body-camera market.

In the film, Berardini alleges that the deaths of Harlan and others were partly due to the fact that TASER International failed to adequately warn police officers of the risks in using the weapon. The company’s Vice President of Strategic Communication, Steve Tuttle, was interviewed for the documentary in 2010 but says he hasn’t seen the final product (“I don’t live in TriBeCa”).

According to Tuttle, the number of Taser-related deaths is far fewer than the totals tallied by outside organizations, including Amnesty International and The Guardian. “It’s the most-used, less-lethal weapon by officers, [and] the safer option compared to all these other tools,” he says. “There’s a lot of dark conspiracy here. A lot of the claims being made are just off the charts.” (Read Tuttle’s full response here.)

Nick Berardini spoke with The Marshall Project about the film, the company, and the controversy.

TASER gave you a lot of access. You filmed in their headquarters and spent a day touring the facilities. How did that happen?

I went to them with a pitch that said, “I’m genuinely curious about your point of view.” I didn’t understand much about the company other than its pretty aggressive safety claim. Because I didn’t have all the information about exactly what had gone on in the company, it did make it easier to be more empathetic to where they were coming from. I think the reason they granted me some of this access was because they were losing product liability lawsuits for the first time during this stretch1. So it made them more eager to just speak, to just put it all out there.

In 2008, TASER was found to be 15 percent responsible for the death of Robert Heston in Northern California. The family was initially awarded $6.2 million, but the amount was later reduced to $150,000.

When I left, I think Steve Tuttle could tell it didn’t go the way he thought it was going to go. I was scheduled to talk to two doctors who had done a lot of research for TASER International the same weekend. Forty-five minutes after leaving TASER, they both called and canceled.

What has their response been since the film came out?

Uh, not sure yet.

Have you heard from them?

No. They want to move past all this controversy. They’re in many cases as culpable or more culpable than police officers, at least when the officers are acting in good faith. Clearly some officers willfully abuse the weapon, but in a lot of cases, the people who die should never have been put in jeopardy. They are a weapons manufacturer. And as a weapons manufacturer, use of force is good for their bottom line. So what TASER did was fundamentally change the way police did their jobs by making them more apt to use force to solve a confrontation, as opposed to using de-escalation. De-escalation is very bad for business at TASER.

Are you saying that Tasers aren’t being used just to replace guns in high-threat situations?

Exactly. What they did from the beginning was really sell the public on this being an alternative to use of force. This is a way to prevent the use of guns. Then in training2, they’re telling police officers the best way to do your job is to end confrontations quickly.

While TASER provides training materials on the technology and its effects, individual police departments are responsible for their own policies on when the weapon should be used.

A recent Guardian story found that police aren’t following suggested national standards on how to use Tasers. Is that part of the problem?

You can have all the good guidelines in the world, but TASER, which actually controls the training, needs to be honest with law enforcement about the risks of the weapon and not talk outside of both sides of their mouth, [saying], “we put these risks in the training because greedy lawyers want to sue us.” No, you put the risks in the training because you’ve lost lawsuits. Because there’s something legitimate to it. Until that happens, it doesn’t matter what the [Police Executive Research Forum] might recommend.

You started this film long before Ferguson and Baltimore erupted in protest. What role have you seen Tasers play in the current conversation on policing?

A lot of departments are doubling down on Tasers to give the appearance that they’re doing something about deadly force. Take New York, for example. They’re spending $4.5 million now on more Tasers and body cameras from TASER International, and they’re doing that to sort of satisfy the public’s desire for action.

What the company is very smart at doing is pitching the body camera. Body cameras aren’t weapons, but the rhetoric is the same. It’s about the promise of this technology and only the best version of what this technology can bring, without thinking about the downside. For example, there is research that shows TASER is charging, like, 23 times what Amazon would charge for storage. What are we going to do about Freedom of Information requests? How do you handle video from a department on a day-to-day basis? There’s a lot of practical questions that don’t get answered, or don’t get considered seriously enough because there’s such a public cry for action.

Taser estimates they’ve saved 157,854 lives from death or “serious injury” by being deployed when an officer would have otherwise used deadly force.

There was a study that said that about 5 percent of all Taser uses are in a high-threat situation where deadly force seemed imminent; they just [took] 5 percent of the total number of Taser uses [to get the number of instances where lethal force was avoided because a Taser was used instead]. It’s a completely baseless and ludicrous claim, because the best estimates show that roughly 1,000 to 1,500 people a year are going to die in police custody — including shootings. That means that for the years that TASER wasn’t in business and wasn’t used in mass, we would have been looking at like 20,000 deaths a year.

What kind of data is available on Taser usage? Is it any better or worse than the numbers on police-involved shootings?

It’s a little better. It’s based off media reports, [but] with medical examiners, it’s unclear exactly whether being Tased contributed to those deaths.

What’s really sad about this is the way that TASER has thrown police departments under the bus based on the fine-print warnings that they put in their training. While simultaneously saying the weapons aren’t dangerous, it’s often police departments that are the ones dealing with the consequences. The only thing that’s changing behavior is the experience of being sued. Which inevitably means a number of people are going to die or be injured before anyone thinks about changing anything.