By Maurice Chammah
Photography by Ivar Vong
Perspectives from those who work and live in the criminal justice system. Sign up to receive "Life Inside" emailed to you every week.

This week, we were invited to Rikers Island to watch eight men cook sixty turkeys. The men are inmates nearing their release dates. They learned cooking as a job skill that might help them get their footing back out in the city. The program is called Individualized Corrections Achievement Network (or I-CAN — acronyms are everywhere at Rikers) and allows The Osborne Association, which invited us, to provide classes, counseling, and other reentry services.

These men have been categorized as being at a “high risk” to reoffend, so they are considered the most in need of this help. We weren’t allowed to ask what specific crimes they were in for, but some were there for petty larceny and driving while intoxicated; Rikers is reserved for convictions with sentences under a year.

The turkeys are slated to be delivered to people in New York who cannot make it out of their homes on Thanksgiving. Churches will deliver the meals door to door. 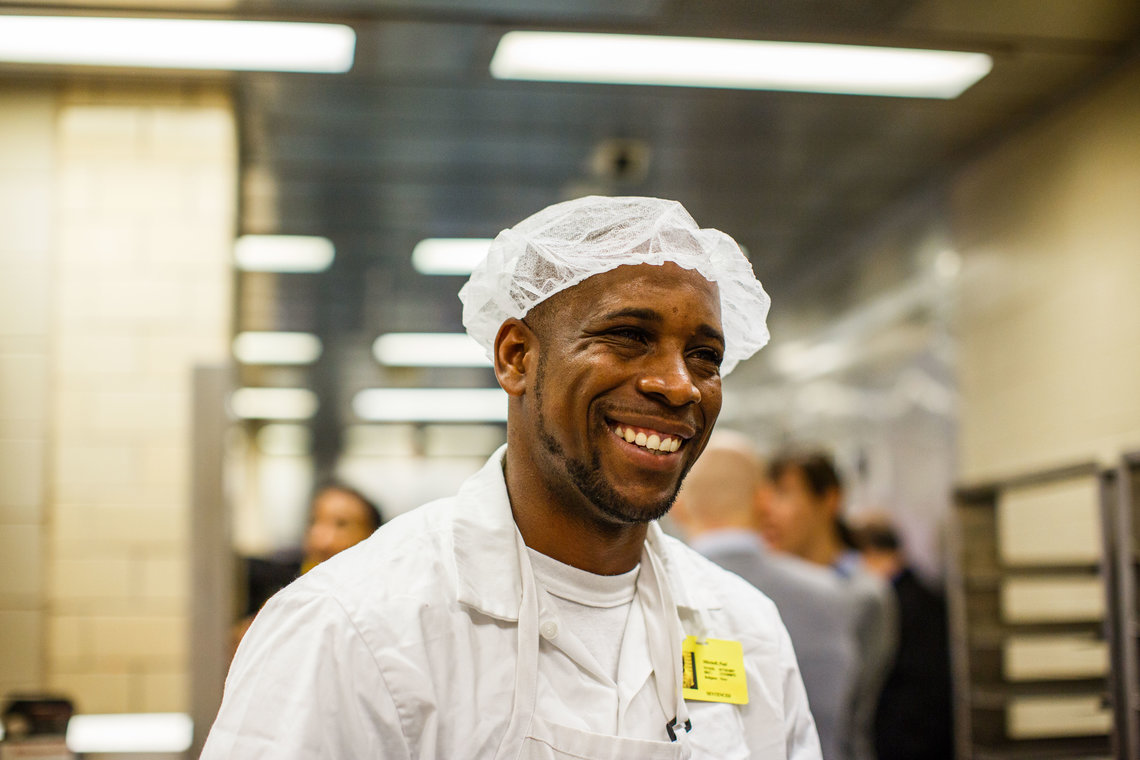 This is Paul Mitchell, who will be released from Rikers Island jail next month. In preparation, he and the other guys in the I-CAN program take classes: anger management, personal finance, parenting, how to write a resume. Mitchell and the other men here are doing food service training, which they can put on their resumes. "I'd never known how to cook a turkey,” Mitchell says. “I thought it would be more complicated. It's not that complicated." 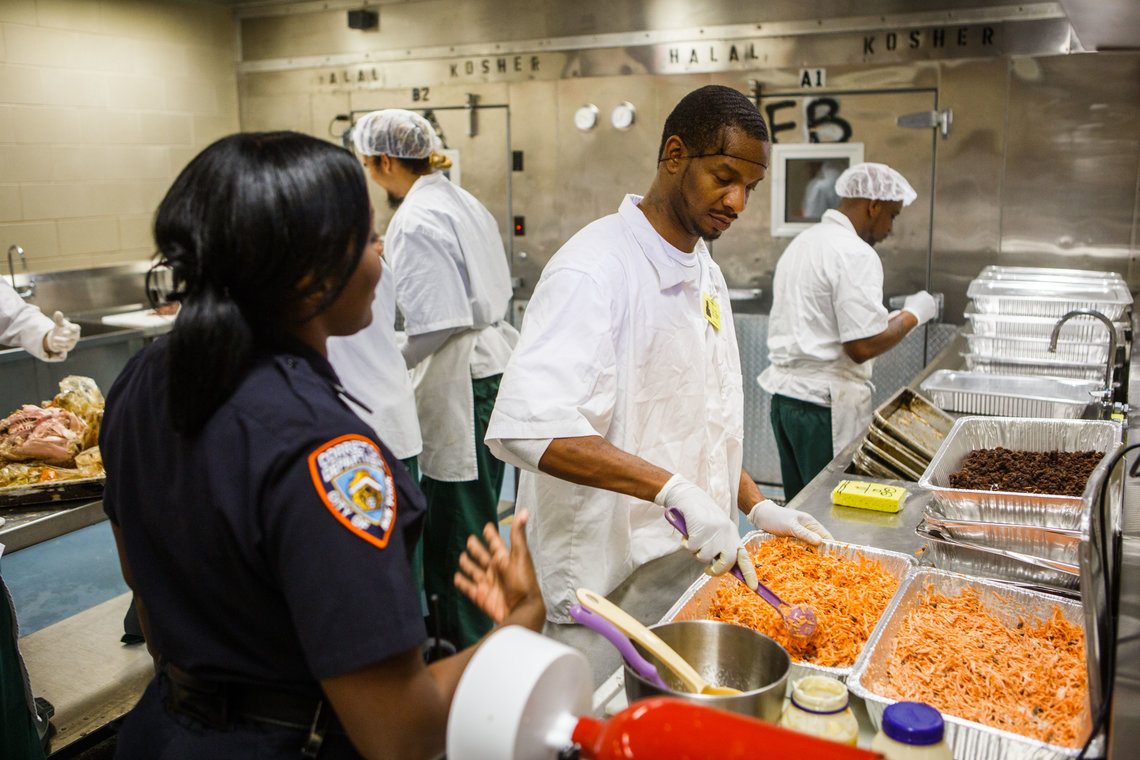 ‘CO Thompson,’ as the men know her — and she doesn’t want them knowing her first name — has been at Rikers for four years. She used to work in a housing unit, where "you don't get to know them; it's all 'you got soap?' 'you got toothpaste?'” Now, Thompson watches men as they learn job skills. “You get to interact with them differently, see what they're really about." She’s watches the cooking classes, and "I'm learning things myself." At home on Thanksgiving, she'll make an apple strudel she learned how to prepare at Rikers. 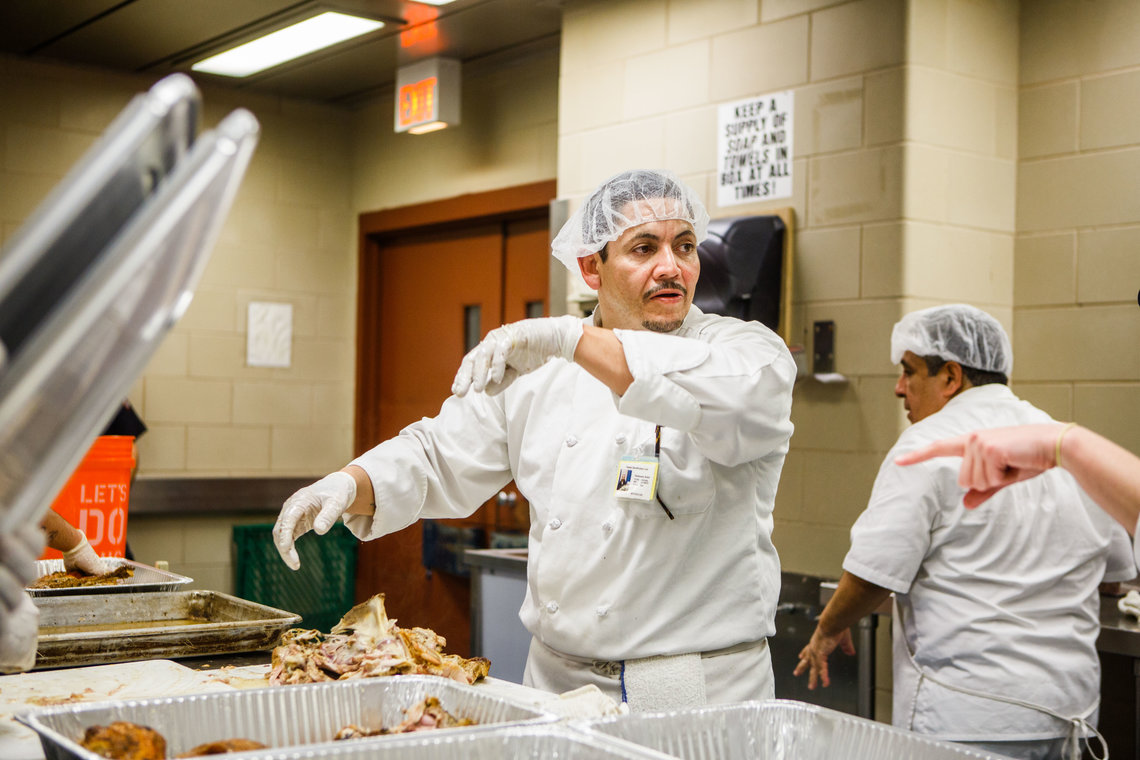 Rafael Maldonado chops turkey giblets. He’ll be with his family by Christmas. "I'm not home, but my heart is. I've got a family to take care of, but now I gotta take care of me." Some guys are afraid of the struggles they’ll face on the outside as their release date approaches. Not Rafael. He’s pumped: "I'm 43 but I feel like I'm 20." 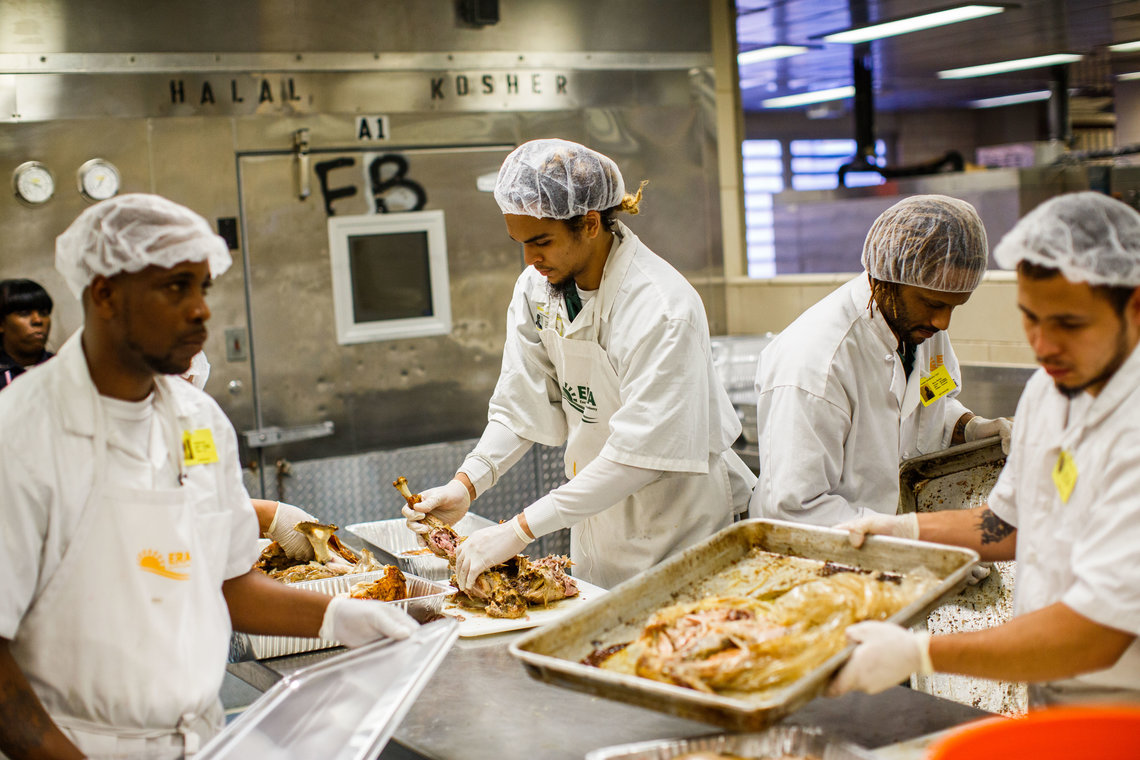 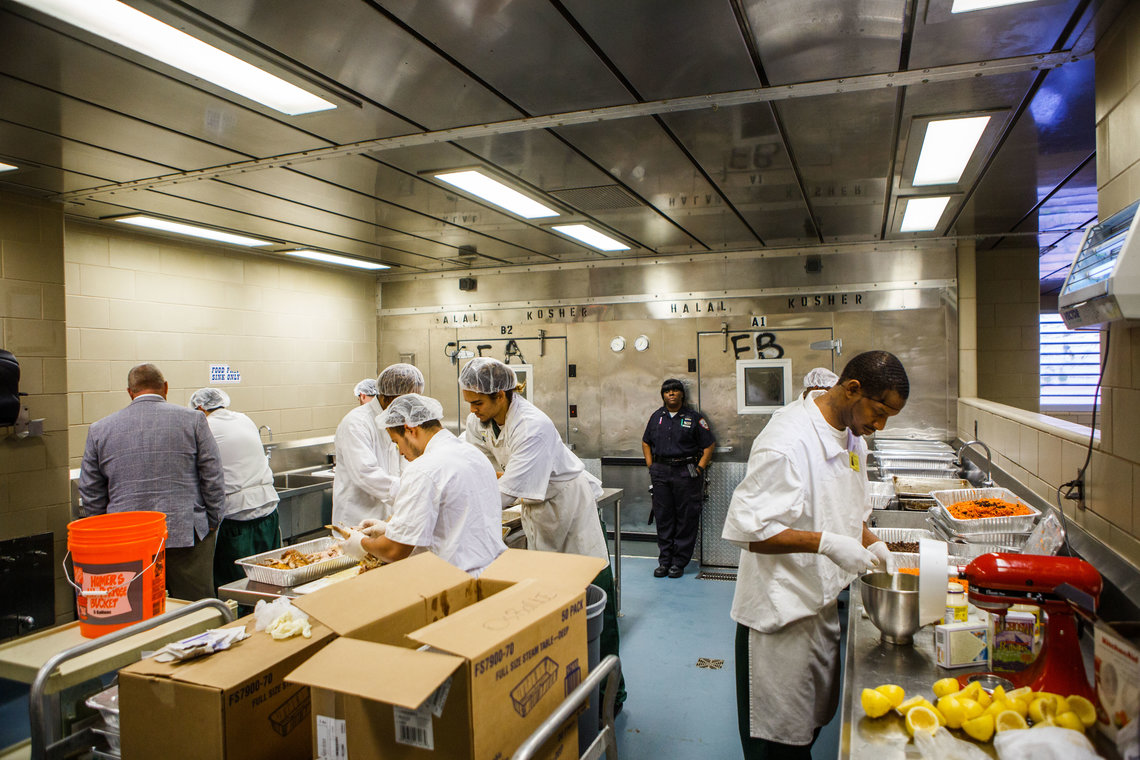 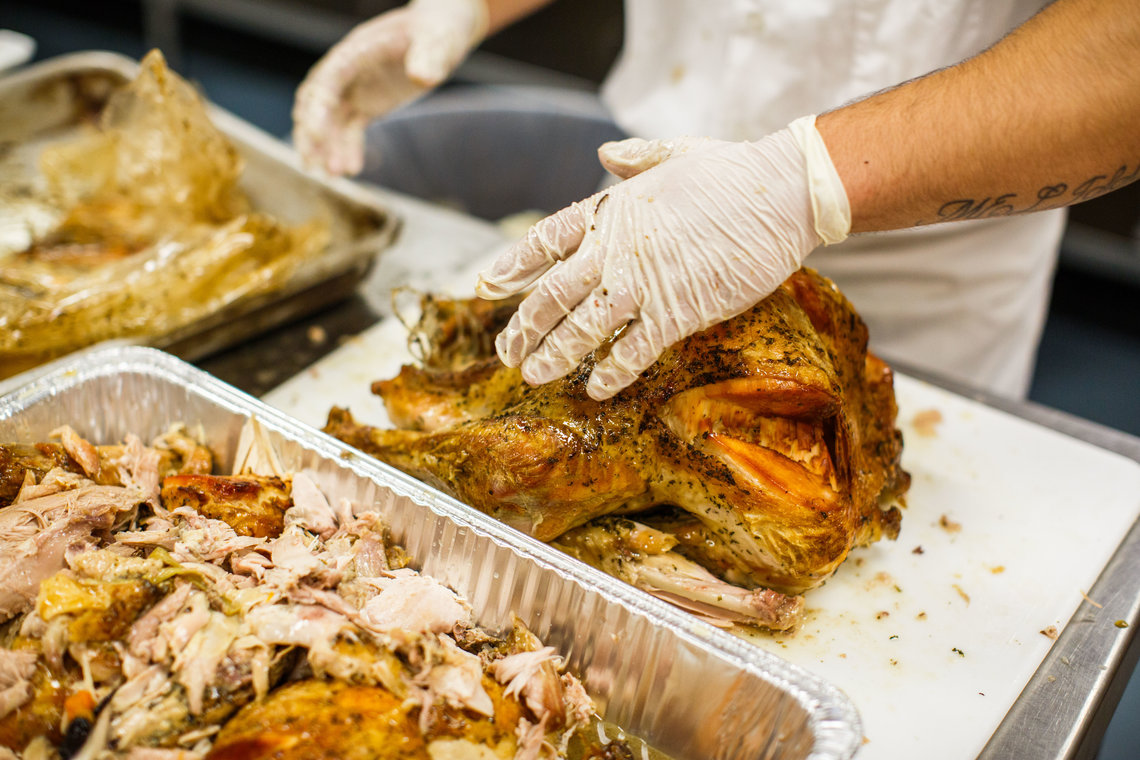 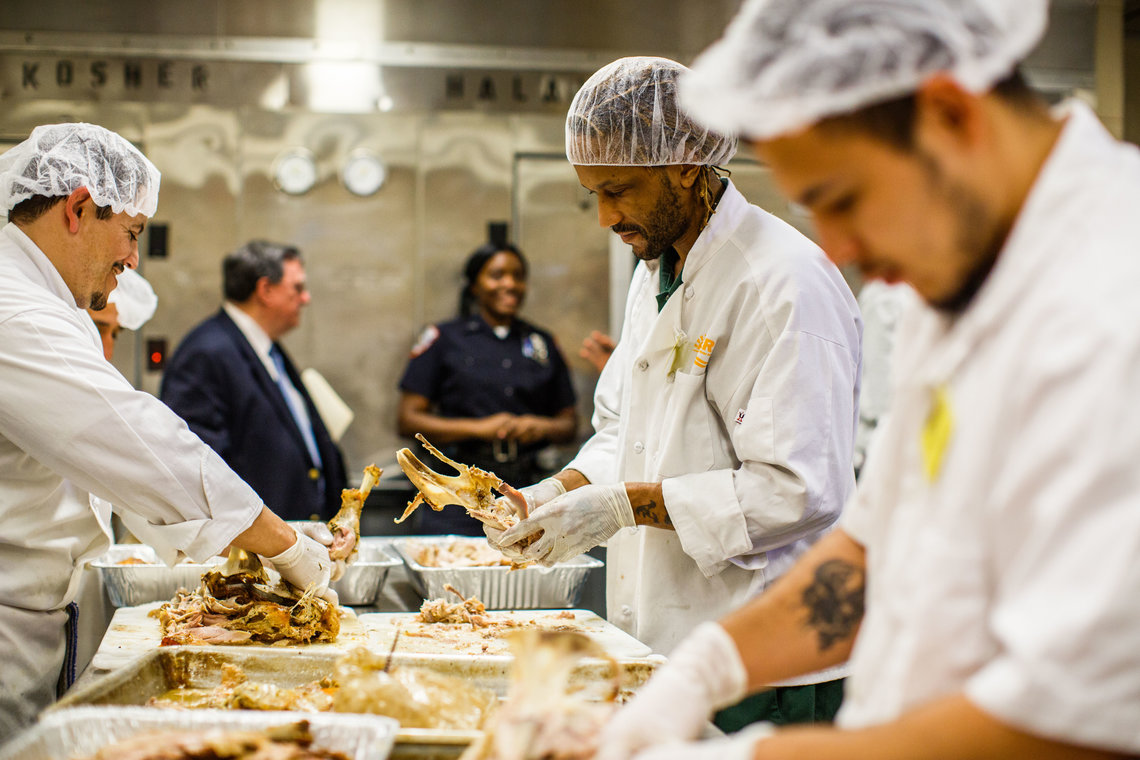 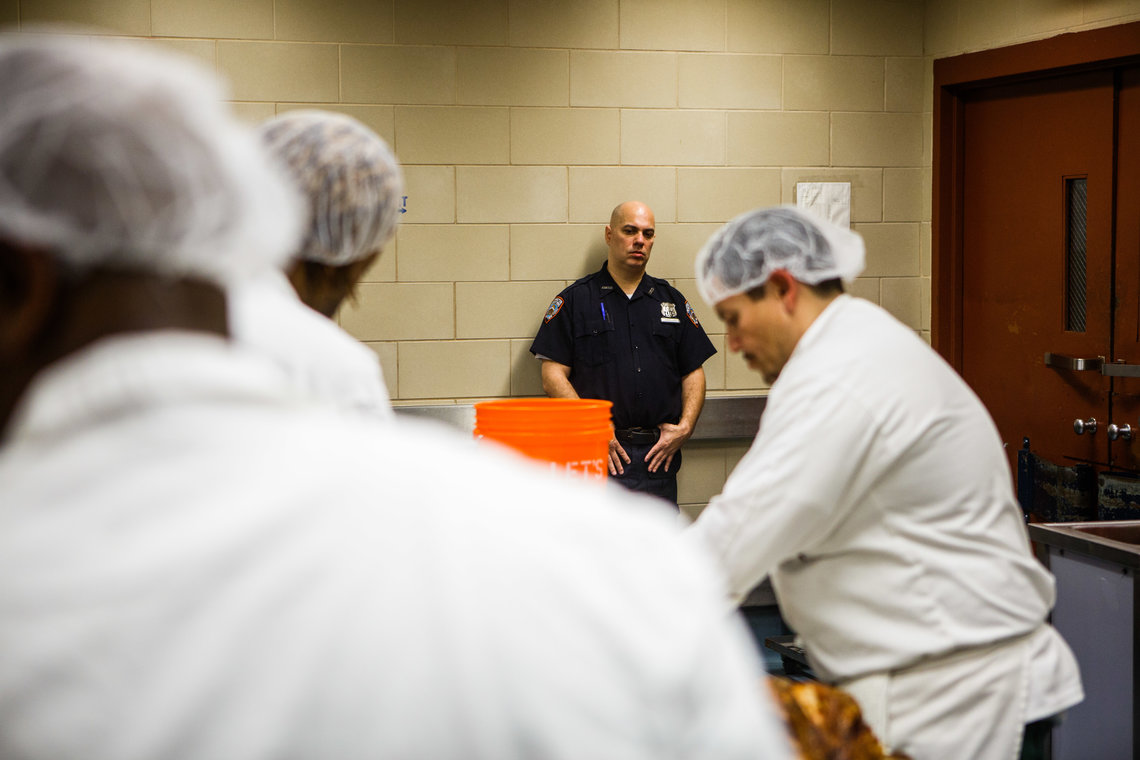