My Memories of Being in Prison with Whitey Bulger

Tales of the “pale, white-haired, geezer in a wheelchair.”

By Nate A. Lindell
Perspectives from those who work and live in the criminal justice system. Sign up to receive "Life Inside" emailed to you every week.

From mid-2014 through early 2015, I was in prison at the U.S. Penitentiary Coleman II in Florida. That’s where I encountered James “Whitey” Bulger.

What people enamored with Whitey’s tale don’t seem to grasp is that along with running Boston’s Irish mob, eluding capture for years, and killing multiple people, he was an FBI informant who allegedly snitched on his competitors1.

During his trial, Bulger and his lawyers denied that he was an FBI informant.

That’s grounds for getting whacked.

Of course, I knew Coleman II as a so-called special-needs prison — a “safe” facility where informants, former cops, ex-gang members, check-ins (prisoners who intentionally put themselves in solitary confinement to be safe), homosexuals, and sex offenders can all, supposedly, walk the Yard freely. At regular BOP lockups, these types of men are in danger of being beaten, stabbed, or strangled to death2.

Coleman II did not respond to multiple requests for confirmation.

When I first saw Whitey, I didn’t realize he was Whitey. He looked like a pale, white-haired geezer in a wheelchair. Probably a chomo (child molester), I thought. Couldn’t see him robbing a bank, killing people, or any other respectable crime.

Sid, an ex-Aryan Brotherhood member with a bald, tattooed head, mustache, and toothless mouth, was pushing Whitey’s wheelchair around, hovering over and hoarding him. I figured Sid was extorting a chomo for money — no big deal.

But later that day, an ex-Nazi Low Rider stopped me to say, “Hey, I heard Whitey Bulger’s over there. That’s crazy!”

When Sid wheeled him to dinner that first night, many inmates commented on the new arrival. “Look, that’s Whitey Bulger!” they exclaimed. But nobody went up to him to ask for his autograph or strike up a conversation. The guy was frail, and his posture shouted Stay away.

Despite Whitey’s clear desire to be left alone, when he wheeled past my table out of the chow hall that night, I told him, “Nice running, Whitey!” He broke out into a broad, wolfish smile.

Thirty-some days later, I was put in the same unit as Whitey with only one cell between his and my own. 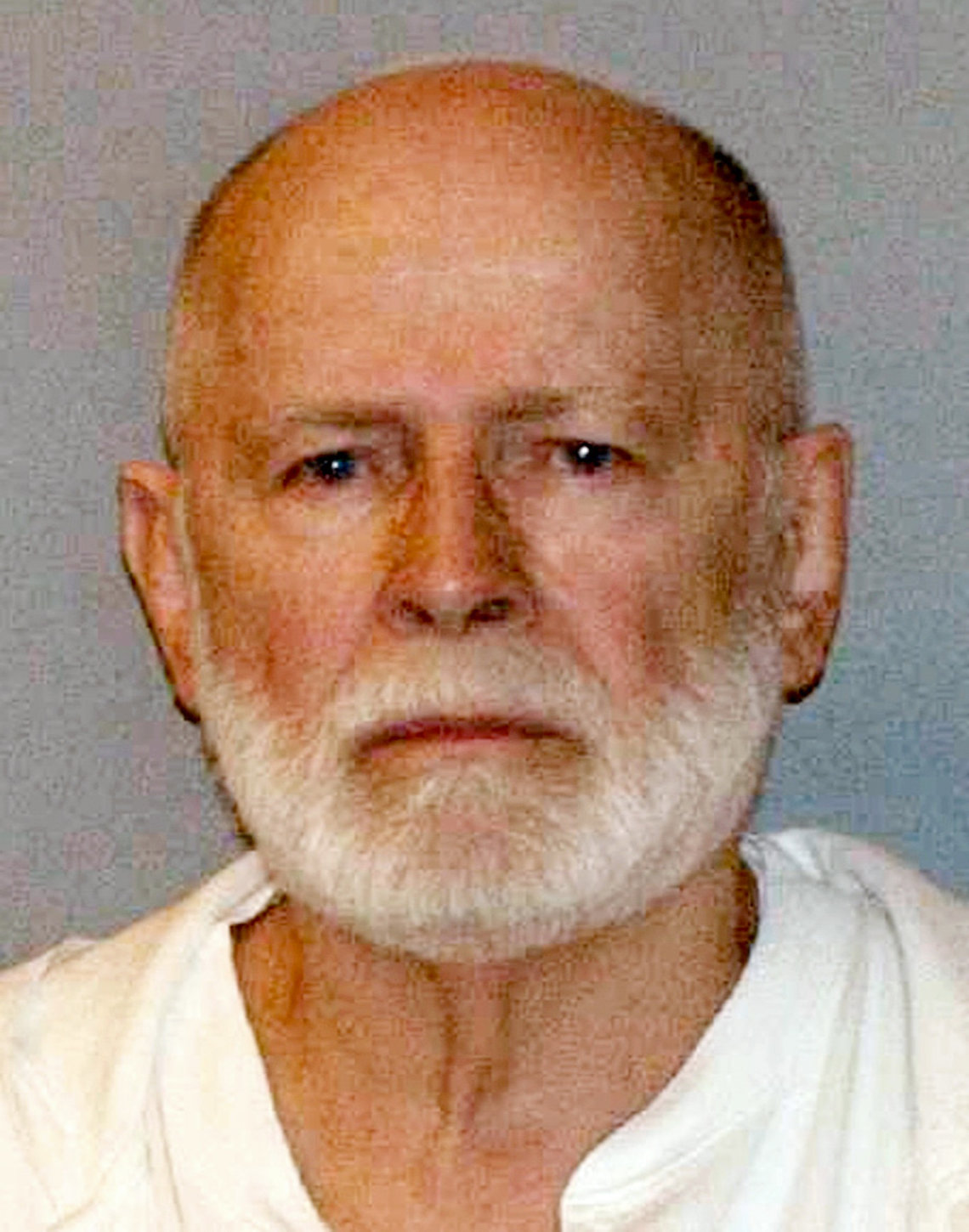 James “Whitey” Bulger after his capture in Santa Monica, Calif. in June 2011, after 16 years on the run.

Whitey didn’t seek out conversation — I only saw him smile twice. Most of the time, he sat in his wheelchair by the TV with an intense look on his face. Sometimes, he slipped into an old-man nap while he was out at recreation. (Which he could never have done at a normal prison. Your gang required you to be fully dressed and ready to fight at all times.) One day, when Whitey napped on the rec yard, a dope fiend and hustler known for selling used shoes snuck up on him and pretended to try and remove his shoes.

We all laughed, and Whitey went back to sleep.

Back on our unit, Whitey finally got around to telling some stories about his life, often producing documents and photos he said backed them up. He claimed that way back when he was at Alcatraz, they “experimented on him” with LSD.

Lawrence told me that Whitey often had night-terrors and would wake up screaming. The gangster never told any of us what was haunting him and would have scowled at the suggestion he talk to the prison shrink.

Now that I think about it, Whitey’s general attitude and demeanor reminded me of a kid I knew, Mikey Rhodes, the son of a poor, dysfunctional family. Mikey had been abused as a child, and all he did the rest of his life was scowl. Six years after I met him, he was murdered and dumped in the Mississippi River.

That’s all Whitey was to me: a man with a past and a scowl.

Nathaniel Lindell is a 40-year-old former inmate of the federal Bureau of Prisons. He committed a murder in 1996.