The title of “sheriff” is a cultural fixture, evoking icons from John Wayne to Andy Griffith to Bart from Blazing Saddles to Woody from Toy Story. The responsibilities of real-life sheriffs tend to be more mundane: running the county jail, overseeing security in public buildings, patrolling roads and highways, and investigating a limited number of crimes. But one thing they almost all have in common is the need to be reelected every few years. So, in addition to being a law enforcement leader, a sheriff is a politician.

There are thousands who quietly campaign and serve, but in recent years, some have climbed into the national spotlight, often as Tea Partiers touting their authority to buck the federal government and set their own agendas.

While preparing my profile of Milwaukee’s David Clarke, I looked for other iconoclastic sheriffs who have made a national mark. Here are the best stories I found.

If you live in one of these cities — Cincinnati, Milwaukee, Phoenix, Brownsville — we’d love to know if you’ve had personal experiences with these sheriffs. And did we miss any? Is the sheriff in your town making waves? Let us know at mchammah@themarshallproject.org.

American Sheriff. The Marshall Project and The Atlantic, May 2016.

Milwaukee Sheriff David Clarke is the leading spokesman for those who don't want to see the criminal justice system "reformed.” He is a regular presence on Fox News, and a symbol of a countercurrent in the black community against #BlackLivesMatter. His supporters are encouraging Donald Trump to consider him as a running mate. Back home in Milwaukee, though, he’s been consistently marginalized by other local leaders.

Sheriff Joe Arpaio Has Always Done It His Way. The Arizona Republic, September 2015.

David Clarke’s main competition for America’s best-known sheriff is undoubtedly Joe Arpaio of Arizona, who has lately been speaking at Donald Trump’s rallies. He has been known for doubting President Obama’s birth certificate, forcing men in his jail to live in tents as temperatures rise to 145 degrees, distributing pink underwear to inmates, bringing back chain gangs, and battling a series of investigations from the federal Department of Justice and numerous judges. The list of allegations against him is long, and Arpaio appears to believe that no press is bad press. 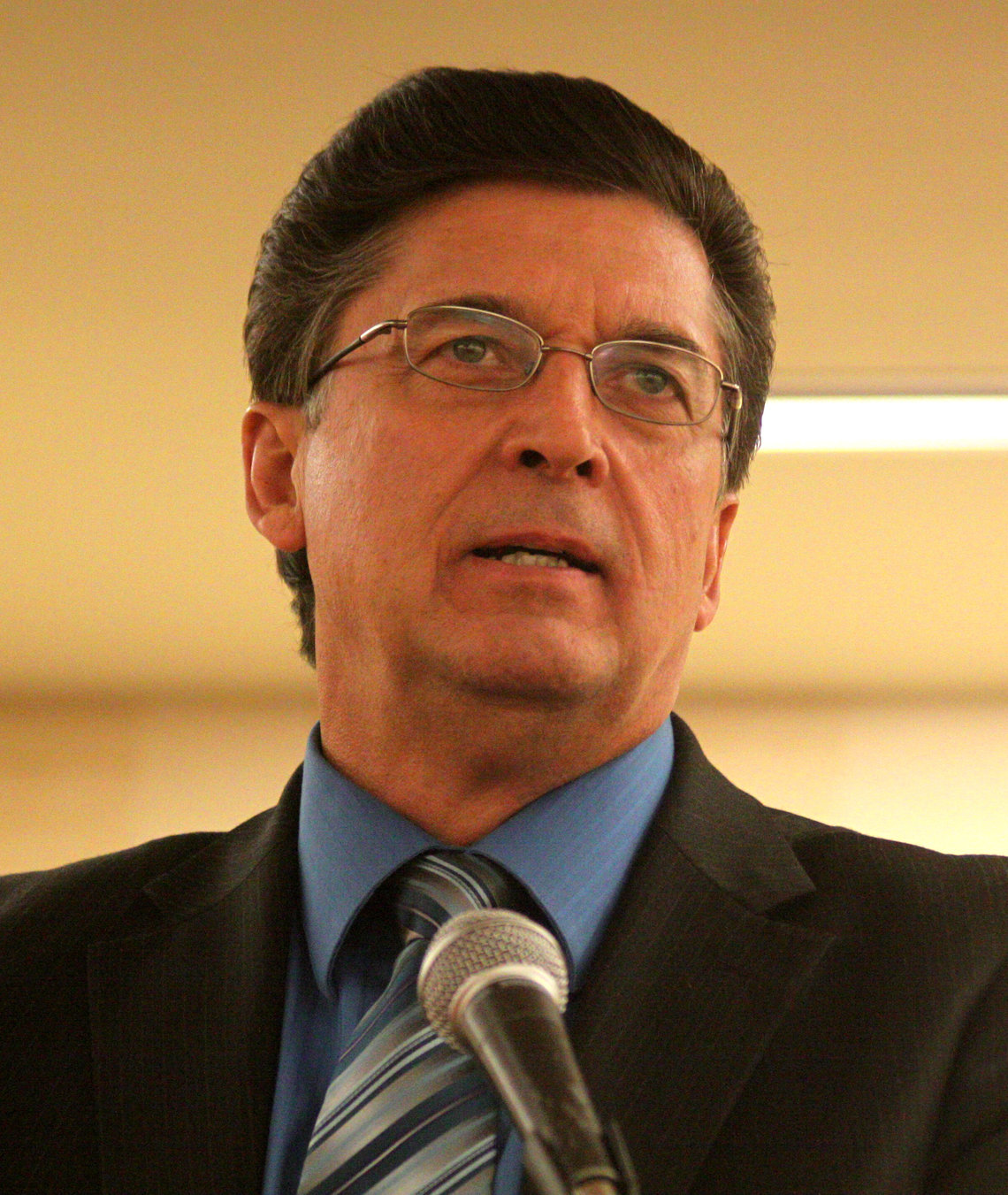 Sheriff Richard Mack at a Nullify Now! event in Phoenix, Ariz., in 2011. In 1994, he and a group of other sheriffs sued the federal government over a law that required local law enforcement to process background checks on gun sales. The court ruled in the sheriffs’ favor, and the victory propelled Mack into the conservative spotlight.

Dozens of sheriffs around the U.S. have joined the Constitutional Sheriffs and Police Officers Association, founded by Arizona’s Richard Mack in 2011. Mack and his peers — David Clarke among them — believe that sheriffs are the last line of defense against encroachment on individual rights by the federal government. During last year’s standoff between federal agents and cattle rancher Cliven Bundy, Mack suggested Bundy use women and children as human shields.

Sheriff Pamela Elliott, of Edwards County, Tex., graces the cover of Richard Mack’s book, Are You a David? (The government is Goliath). Locally, she’s been accused of using her position to intimidate Democratic voters during elections.

Cincinnati’s Richard Jones has made his name on immigration, suggesting that UPS be enlisted to track immigrants like packages. Last year, he sent a bill for $900,000 to Mexico as “reimbursement” for holding 3,000 Mexican nationals in his jail over the course of a decade. Given presidential candidate Donald Trump’s demand that Mexico pay for a border wall, Jones now appears ahead of his time, though of course he’s still waiting on that money.

The Bad Guy With The Badge. Texas Monthly, August 2006.

David Clarke of Milwaukee has dubbed himself “The People’s Sheriff,” but that moniker was used years earlier by Conrado Cantu, the sheriff of Cameron County in South Texas. Cecilia Ballí tells the story of Cantu’s charm-driven rise and downfall in a wave of federal indictments for corruption and drug trafficking. Cantu, she tells us, “came to stand for the worst of South Texas politics and law enforcement: the idea that the law serves the lawman, not the other way around.”

In 1984, Texas Monthly invited a group of sheriffs to have their photos taken, and the results are strange and beautiful — particularly the portrait of Rufe Jordan, leaning back in his chair with his poodle perched on his belly. Writer Dick Reavis offers a paean to a declining tradition of Good Old Boys. ”In their heyday, sheriffs were like elected royalty,” he writes. “In ceremonial, albeit Western costume, they presided over rodeo openings, headed posses in parades, and judged cattle at county fairs.” But with urbanization and increasingly diverse populations, that era was passing. “Today most sheriffs are clearing traffic for parades, not leading them.”