Tower of Power Star to Funkifize a California Prison

Rick Stevens on his three decades locked up and his return to performing.

On Friday, Rick Stevens, the original lead singer of 70s R&B/soul band Tower of Power, will perform at a California prison, four years after his release on parole for murders he committed in 1976. He’d left the group in 1972, in what he later called a “chaos” of “egos, drugs, women,” and eventually shot three people in a dispute over drug money. A jury sentenced him to death, but the California Supreme Court struck down the state's death penalty laws, and he was resentenced to seven years to life.

In online message boards, some of the band’s fans followed Stevens’s efforts to be released on parole. After his 2012 release, he started singing publicly again, doing cameos with Tower of Power and finding his own horn sections to back him on the hits for which he is best known, including “You’re Still a Young Man” and “You’ve Got to Funkifize.”

There is a long, scattered tradition of prison concerts, including Johnny Cash’s shows at San Quentin and Folsom, both in California. In the 1970s, Dolly Parton sang at the Texas Prison Rodeo and Leonard Cohen played at mental hospitals. This week’s concert will also feature performances by musicians who are still incarcerated.

We called Stevens to ask about his years behind bars and his return to prison as a performer.

You’re performing at the California Medical Facility in Vacaville, where you spent some of your sentence.

It has been quite the journey, no doubt. When the late Judge John McInerney sentenced me, he said, ‘Mr. Stevens, if you would please, go to prison and be an evangel for me and try to get people’s attention about the downfall and the destruction of drugs and what have you. They wouldn’t necessarily listen to me and the district attorney, but they would listen to you based on your notoriety in the music business.’

So I said ‘Yes, I’d be delighted, your honor.’ And he’s been my ally and my mentor and my friend since 1976. I was at California Medical Facility in Vacaville, California, where this concert is, from 1976 til about 1983, when I was transferred to Folsom.

But the whole thing, being in prison, was such an education. A lot of guys go to the army or go to Penn State, but I went to State Pen!

I do think it preserved me. I just turned 76. I ate a lot of vitamins and garlic. 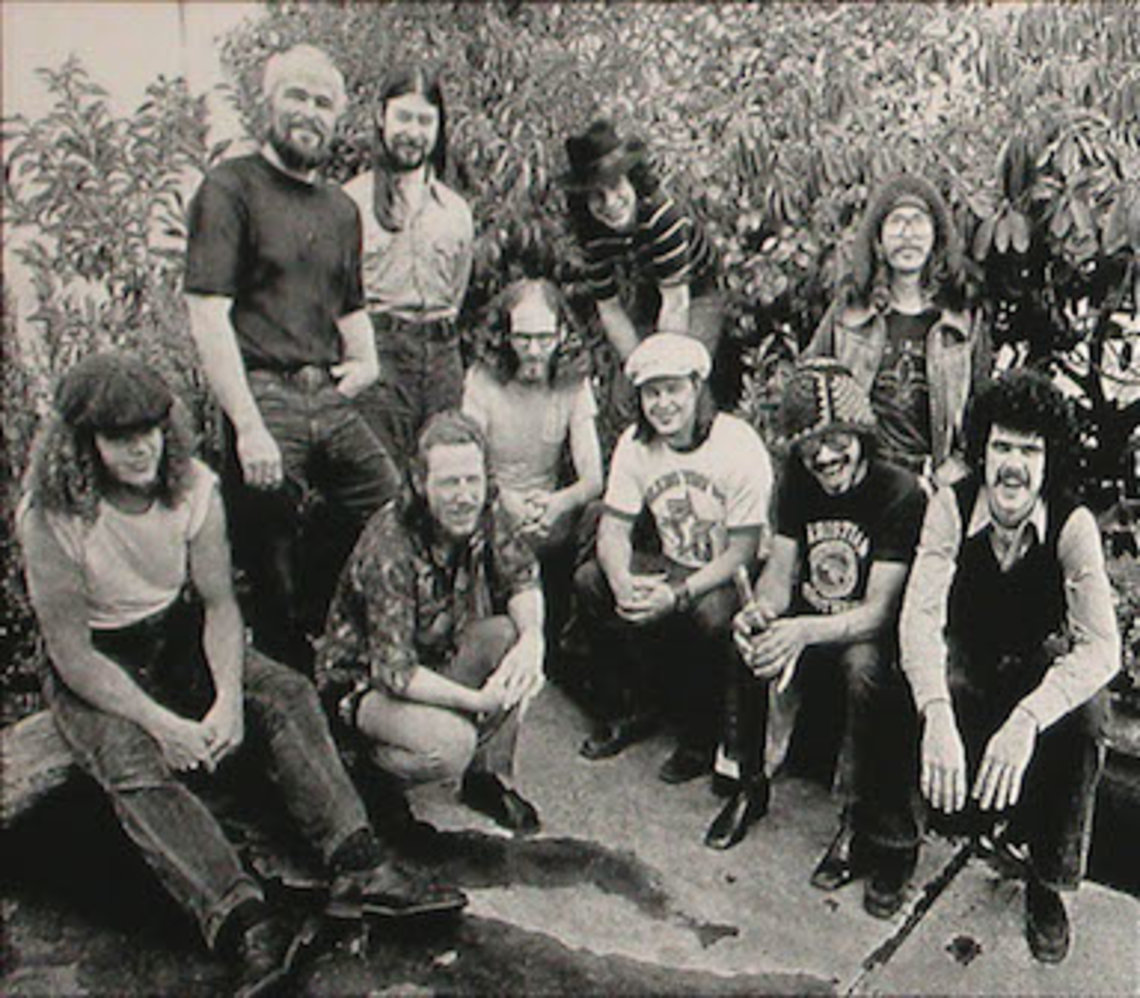 Tower of Power back in the day.

By the time I hit county jail, everyone knew about the case. It was well-publicized. In every prison I went to, it was out there. They knew I was coming. I was getting care packages from the other prisoners. We called those goodies zoom-zooms and wham-whams [Twinkies, candy, etc.]

Some of those goodies I didn’t care for, since I had cleaned up my act, and I was getting healthy physically, emotionally, spiritually, mentally.

People treated me with respect because I treated them with respect. It was easy, walking the big yard, just being exposed to the different affiliates — white, brown, black, yellow. I had no problems. The music was my guardian angel. I did gospel shows in the prison. I’d be walking the yard, singing, or singing at chapel, and it would get people’s attention, and they’d say, ‘There’s that singer guy!’ It served me well. I met Ike [Turner] in the joint, and Christian Brando [Marlon Brando’s son].

I did some tours while I was incarcerated, back in the 1980s. They’d let me go out of the prison, under escort, and sing. I went to the capitol and sang for the politicians, anywhere they’d ask me to go — any chance to get out of prison, let’s go!

What had changed about the music world while you were inside?

Everything we recorded was on vinyl when I went in. Then of course it went to DA, cassettes, and CD’s. But now it looks like there’s a return to vinyl. A merry go-round! If you stay around long enough, what goes around comes around.

What did you think of hip-hop?

You know, brother, I don’t mind people making their money, but that’s not where Little Ricky is coming from! I grew up with R’n’B and Blues. It don’t work for me, the hip-hop thing. But I’ll never say never!

You’re performing on Friday with the Bump City Reunion Band.

It’s guys out of Stockton, Sacramento. I met them through an agent. They were called something else, and they weren’t making no kind of money. But then a lightbulb went off for somebody and they thought, ‘Hey we do a lot of Tower stuff. Let’s call it Bump City [the title of Tower of Power’s second album, from 1972], and immediately they got a pay raise! I’m just glad they did that. Good band, too. They are funky as a bunch of bow-legged monkeys.

And you’ll be playing Tower of Power songs?

I have to! That’s why people come and put the butts in the seats. I still sing “You’re Still a Young Man,”1 my signature song, which worked in the 70s and works now. It’s the one that gets the most applause, the most attention.

Legend has it that Prince lost his virginity to this song.

Do you ever feel sad about what you missed?

Yeah, of course: my family. To this day, I have major regrets about what went down, but it was what it was. They visited me every week. And we even had conjugal visits. My kids would come and see me. In fact, I’ve got two prison babies. A Folsom baby and a Vacaville baby!

Why do you think the parole board let you out in 2012?

You have to be found ‘suitable’ to get a parole date, and I did everything asked of me2 for 36 and a half years. And for some political reason they kept finding me unsuitable. Until I got this dynamite lawyer out of Sacramento, Peter J. Boldin. There was a law that the parole board couldn’t just use the crime itself to find me unsuitable. They had to have other extenuating circumstances. But there never was. If you look in the dictionary for ‘exemplary prisoner,’ you’d see my picture.

This account has been disputed. In a 2002 East Bay Express story, Stevens's former bandmate Emilio Castillo said he would show up to parole hearings drunk or bad-tempered and "people speculated that he would do that so he wouldn't get out, that he was institutionalized."

Peter found this criteria and petitioned the court. Bingo! Next time I went to the board I was found suitable.

What else do you think we should know about the concert on Friday?

I’ll probably see some guys I know. It’s going to be quite the party. I think we’re going to hold it in the gym, which holds a couple thousand. Call me back and check in how it went!