John Grisham on the State of Criminal Justice

“There are thousands of innocent people in prison serving long sentences for crimes committed by others.”

John Grisham is... well, you know who John Grisham is. His 29th legal thriller, “The Whistler”, a tale of corruption in the judiciary, sits in Grisham’s customary seat atop the current New York Times best-seller list. It prompted Janet Maslin, one of the paper’s book critics, to write that the author has “fought harder for truth, justice and the American way than anyone this side of Superman.” And not just in his novels. He answered questions from The Marshall Project by email.

The Marshall Project: You've been a longtime supporter of the Innocence Project and have written, in addition to some of the most successful popular fiction on law and justice, a nonfiction account of wrongful conviction (“The Innocent Man”). You've clearly thought about the shortcomings of the criminal justice system. What advice would you offer to Jeff Sessions, Donald Trump's choice to be attorney general? 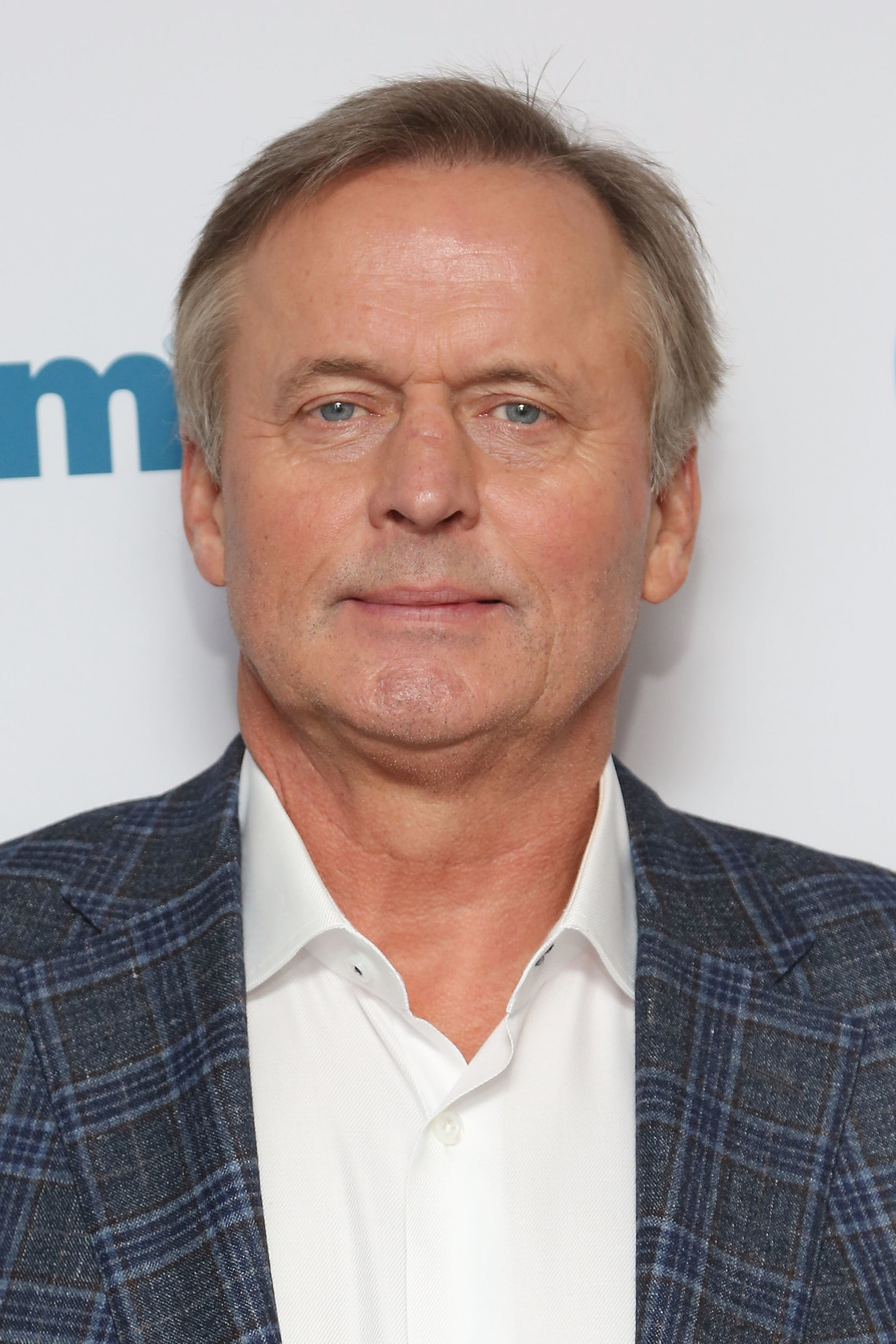 John Grisham: I would never advise Mr. Sessions on how to handle his job, but I hope he understands that there are thousands of innocent people in prison serving long sentences for crimes committed by others; that their convictions could have been avoided and the real perpetrators brought to justice; that many segments of our criminal justice system are broken and must be fixed; that untold millions of dollars could be saved by criminal justice reforms, not to mention the avoidance of human suffering; that mass incarceration is not working at any level; that the death penalty is unfairly used; that the use and possession of most drugs should be decriminalized, not legalized; and that most prisons for women should be closed.

The two of us could have a long conversation.

Why should most prisons for women be closed? And what should happen to women who break the law?

Almost all women are in prison because of drugs, and almost all were introduced to that world by bad boyfriends. Very few women are violent and very few are criminals. For the truly bad ones, we should have a prison here and there, but nothing like today’s rate of incarceration.

In the past few years, advocates of reforming our criminal justice system have gained public attention and bipartisan support. Has the growing awareness of conditions in the real-world criminal justice system influenced the portrayal of justice in popular culture, including your own work? Has popular fiction, in turn, influenced the cause of reform — for better or for worse?

I’m not sure what’s driving these early and past-due efforts at reform. One factor is probably the high costs of mass incarceration. Another factor is probably the rise of DNA, which has exonerated so many innocent people. You can’t argue with science. Jurors are more skeptical; police more cautious. I cannot gauge whether popular fiction impacts the talk of reform.

I’m not sure my books reach enough people, or the right people.

I showed your answer to a colleague, who responded: “C'mon, you've sold upward of 275 million books. Surely you're entitled to think you've had some impact on the popular conception of the criminal justice system. What legacy would you like to leave in that regard?”

I don’t think in terms of leaving a legacy, but I do hope my books highlight particular problems in our systems — criminal, judicial, penal.

Your 2010 novel, “The Confession”, tells the story of a young black man who is nearly executed for a murder he didn't commit. Is that a story you would have thought to tell in 2000, or 1990? Can you talk about how seeing the rise in innocence cases influenced your development of that plot?

No, I would not have written “The Confession” in 1990 or 2000 because I was not aware of the problem. I practiced criminal law for ten years back in the 1980’s and never handled a case in which I thought my client was wrongfully convicted. My eyes were opened in 2004 when I began researching and writing “The Innocent Man”. That book took me into the world wrongful convictions, and I slowly realized that there are thousands of innocent people in prison. And every story is fascinating and should be told.

Why do you think the death penalty commands so much support among Americans? Do you see a particular best strategy for chipping away at that support?

First: Americans are sick of violent crime. Second: Deep in our collective psyche we cling to the notions of Biblical justice — an eye for an eye and so on.

No, I don’t know of a good strategy to chip away at the support for the death penalty. However, the number of death verdicts is definitely trending down; consequently, so are executions. The reason is probably because jurors who are more skeptical. After 20 years of high-profile exonerations, including about 130 men who had been sent to death row, jurors ask more questions. And the police and prosecutors are more careful.

What would be on your recommended reading or watching list — fiction or nonfiction, print or TV or movies — for a credible portrayal of how the criminal justice system works?

I don’t watch enough television to recommend anything. As for reading, there are many books about wrongful convictions and exonerations, most of them written by the very victims of our criminal justice system. All are fascinating in their own way. I wish I had the time to write them because they are incredible stories.

“The Innocent Man” told the story of Ron Williamson, convicted of a 1982 rape and murder in Ada, Okla., and exonerated in 1999. A subplot concerned another Ada murder case, which ended in the conviction of Tommy Ward and Karl Fontenot. Efforts to have their convictions overturned have been unsuccessful, at least partly on procedural grounds; the court ruled that lawyers waited too long to file a complaint of prosecutorial misconduct. Can you update your personal involvement in these two cases, and tell us what lessons you derived from them?

I received Christmas cards last week from both Tommy Ward and Karl Fontenot, so we keep in touch. They have now been in prison for 31 years, serving hard time for a murder committed by someone else. Both are model prisoners. Tommy has been recommended for parole at least twice, but turned down by the board in Oklahoma. Both have excellent teams of lawyers who continue to work for their release.

Their stories are heartbreaking.

What lessons should be learned from the Ward and Fontenot cases?

If you’re accused of murder, don’t confess. Tommy Ward broke down after a long night of abusive interrogation. When he cracked, he decided to give the police the sensational story they wanted, knowing full well that a complete investigation would clear him. It doesn’t work that way. He’s been in prison for 31 years.

About 25 percent of the exonerations won by the Innocence Project involve false confessions. The cure is simple: Make the police video record the interrogation, from start to finish. The cameras are in the room, they just don’t use them for the first fifteen hours.

Much of the work of criminal justice reform in recent decades has focused on innocence. At the same time, there have been lawyers who bemoan the focus on innocence, because they feel it distracts from efforts to ensure even the guilty are afforded full rights and dignified treatment, and may even strengthen public approval of harsh sentences and brutal prison conditions in cases where there isn't doubt about guilt. Do you share that concern?

I’ve heard those concerns but don’t share them. To me, there is nothing worse than our system wrongfully convicting a person and sending him away to serve a long sentence while the real rapist or murderer roams free.

Racism plays a major role in so many of the shortcomings in our criminal justice system. I suppose there would be racial prejudices even without our history of slavery, but we can’t change that. Slavery is America’s greatest sin, and we will continue to struggle with its legacy for a long time. The South has come a long way in the past 50 years, but it had so far to go. Time, and a lot of it, will help. My children are far more tolerant of others than I was as a kid. My views on race have evolved into attitudes far different than my parents.’

There are so many stereotypes about people who work in the criminal justice system — prosecutors as win-at-all-costs-zealots, defenders as those-who-will-say-anything-for-acquittal, police officers as either heroes or villains. When you go to write a novel set in this world, what are your tools for breaking out of such easy types? Do you maintain relationships in courthouses? How do you start 'building' a character?

I start with a story, usually one I “borrow” from the headlines. I read about cases, trials, appeals, lawyers, judges, law firms, courts, trends in litigation, anything and everything to do with the law. This is not work — it’s second nature. When you live in this world, the material is endless. When I find the story, I usually try to define the issue. Wrongful convictions, the death penalty, insurance fraud, homelessness, judicial corruption, judicial elections, mass incarceration, environmental destruction; the list of possible issues is long. The best books are those that weave a suspenseful story around a particular issue. Often, though, I will write a novel that is meant to be nothing but entertainment.

A few years ago, you caught some heat for your comments on punitive sentences for child pornography. Did that episode teach you anything about the politics of crime and how people respond to it, and the challenges of changing public views?

That episode taught me the folly of granting an interview with a British tabloid. I knew better. I’d been burned before.