24,000 Defendants Get a New Chance at Justice in Drug-Lab Scandal

Some deportees gain, too, but no one knows how many are affected.

On his way back to New York in 2009 from a trip to the Dominican Republic, Jose Aguasvivas was stopped by customs officials at the airport in San Juan, P.R. He was perplexed. Since becoming a legal permanent resident in 1997, he’d gone back and forth to his hometown without any problem. And he’d just renewed his green card. The officers told him to go to the Immigrations and Customs Enforcement office in New York to discuss his case.

At the ICE office, they questioned him about his immigration status and a four-year-old drug conviction for which he had served probation. At his second appointment, they arrested him. He spent nine months passing from one detention center to the next before he was deported to the Dominican Republic — all because of the 2005 drug conviction in Massachusetts.

It wasn’t until years later that he found out that his conviction — which prompted his months in detention and exile from the U.S. — was invalid in the first place. And it wasn’t just his. Thousands of cases were tainted by the admission of a drug-lab chemist that she had faked many of her results.

Annie Dookhan, who worked in a state crime lab in Massachusetts, admitted in 2012 to falsifying drug-test results during her nine years there. In all, tens of thousands of convictions she worked on were compromised — including Aguasvivas’.

“It felt like a new beginning...it felt like hope,” Aguasvivas said in a recent interview. But while he thought the news meant he’d be on a plane home within days, he and his wife Honelia, who stayed in the U.S., still had years of legal battles ahead of them.

On Wednesday, the top court in Massachusetts, which had been grappling with what to do about those thousands of drug cases, ruled that the so-called Dookhan defendants could seek new trials. It did not go so far as to vacate their sentences but said that defendants would not face added charges or sentences more severe than the original ones. And it directed prosecutors to abandon cases that they “would not or could not re-prosecute if a new trial were ordered.” The American Civil Liberties Union had argued they should all be dismissed, while district attorneys wanted to review them one by one, as petitions arise. 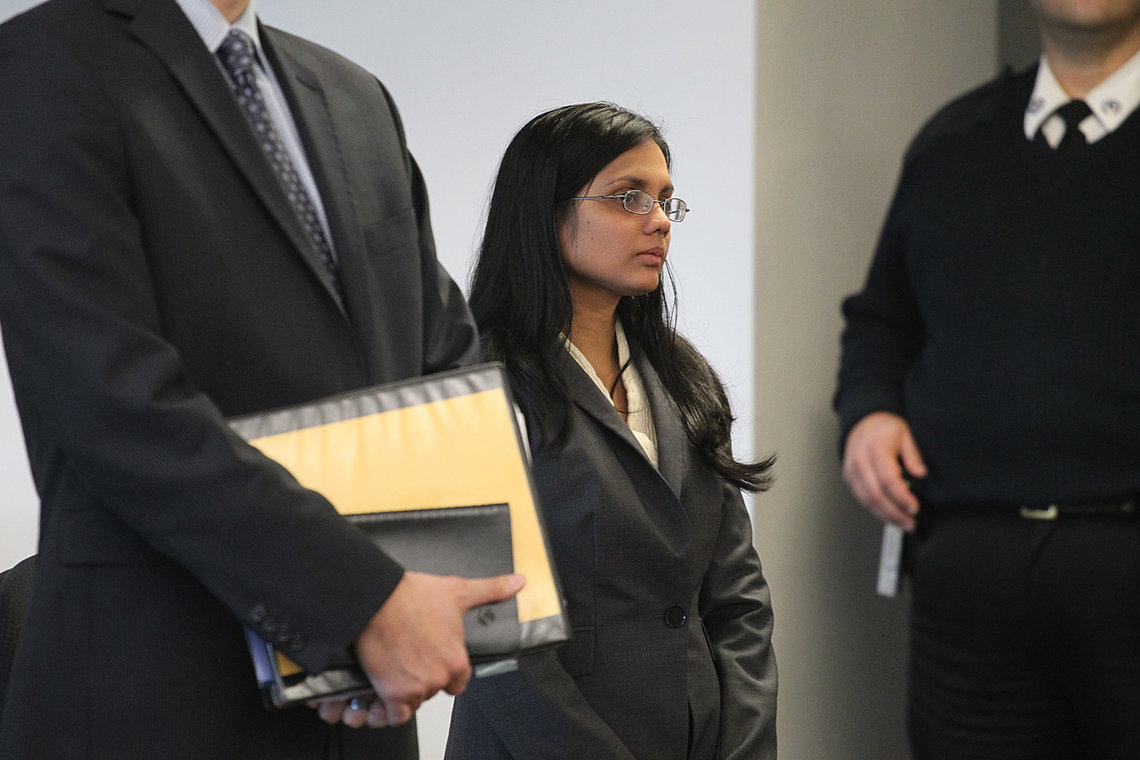 Since the scandal broke four years ago, roughly 1,500 cases have been addressed — and around 24,000 remain. “We have no idea where most of those people are, whether they’re noncitizens or not and what has happened to them since,” said Adriana Lafaille, a staff attorney with the ACLU of Massachusetts. With so little information, it’s almost impossible to know how many have been deported for a compromised conviction. And the problem is hardly limited to Massachusetts, as similar scandals and faulty test results arise in other states, including New Jersey and Texas.

Wendy Wayne, director of the Immigration Impact Unit for the Committee for Public Counsel Services (the public defender agency) in Massachusetts, wrote in an affidavit that her office’s efforts to find immigrants affected by the case have been “largely unsuccessful.” ICE officials denied her office’s FOIA request for more information, citing privacy exemptions.

Prosecutors mailed notifications to so-called “Dookhan defendants” this fall, but it’s unclear how many of those letters actually reached their intended recipients, especially if individuals like Aguasvivas had already left the country. A certified translator wrote in an affidavit that the Spanish version was filled with errors.

In their response to the ACLU’s suit, prosecutors say such defendants are a “small part” of the full Dookhan caseload. “Any identified defendant who incurred an adverse consequence – including any disposition that could trigger an immigration consequence – was provided notice,” wrote Jake Wark, press secretary for the Suffolk County District Attorney, in an email. “The Spanish translation was undertaken by a native Spanish-speaker, and the notices recommend seeking independent translation in Spanish and 17 other languages.” Wark noted that prosecutors don’t have information or authority over federal immigration proceedings.

At least two deportees have had their Dookhan convictions overturned. In 2013, Victor Veloz-Risik came back two and a half years after his deportation for a drug conviction. And in 2015, Daniel Francis had his drug trafficking case thrown out, after serving five years in prison and being deported to Jamaica. Some immigration attorneys have been able to halt removal proceedings because of a Dookhan drug conviction. But many immigrants facing deportation don’t have an lawyer, or may have not heard about the scandal.

“There are a lot of issues of access to justice for all Dookhan defendants, but those are particularly pronounced for noncitizens,” Lafaille said. “It may be impossible to resolve cases from overseas, and then to be brought back even if they prevail.”

For the Aguasvivas family, efforts to bring Jose home initially stalled when they thought it would cost nearly $4,000 to hire a private lawyer. But eventually, they connected with lawyers at the Immigration Impact Unit of Massachusetts' public defender agency who were able to take his case for free. Luckily, too, Honelia had been a dutiful record keeper of all her husband’s documents and had kept his green card, which sped up the process. Coordinating with their client from the Dominican Republic was still difficult for his lawyers — Aguasvivas had to travel to the next town to use a fax machine, and rarely had Internet access.

Meanwhile, Aguasvivas lived in limbo in his hometown of Sombrero. He missed the birth of his three grandchildren. He had trouble getting a job as a “deportee” — everyone in town assumed he was a serious criminal — so he relied on whatever money his family could send. His wife had to leave the apartment they shared in Brooklyn and move into her uncle’s building. She got a credit card to pay for her trips to see him. Aguasvivas called his wife constantly, asking for an update on his case. “It felt like a century,” he said. “It’s a lot of mixed feelings — you’re excited and then you worry it’s not going to happen.”

Finally, Aguasvivas’ charges for possession of cocaine and heroin with intent to distribute were dismissed in May 2016. Three months later, immigration officials cleared him to return to the U.S. “Even in Jose’s case it took three lawyers and three years and an incredibly bright and aggressive wife to get it done,” said his lawyer, Jennifer Klein of the Immigration Impact Unit. “That’s an enormous amount of manhours and resources that most people can’t muster.”

He flew home in November, in time for the holidays, after six years in the Dominican Republic. “After being gone for so long, it feels like a dream to be back,” he said. He and his wife are now catching him up on all he missed: eating KFC chicken, visiting his three grandchildren and extended family, riding the subway, getting his driver’s license back.

“If people can see what happened to me, maybe they can also have a second chance,” Aguasvivas said. “It’s difficult to get that message out to someone who might not know the language, might not have the technology, or might not be watching the news. I had the opportunity to come back.”

A previous version of this story incorrectly said Wednesday's decision by the Massachusetts Supreme Judicial Court was unanimous.