After 18 months of freedom, Robert Woodall may be headed back behind bars.

Robert Woodall and Stephanie Walker just invested in a new sofa. It is a wrap-around sectional, wide enough to fit them and their two sons, Robby and Lance, and perfect for family movie nights at their ranch house in Umatilla, Fla., a small town outside Orlando.

“I’m just happy we can all be on one couch,” Walker said.

But it is not clear how long the family will be together to enjoy it. In an unusual case, Woodall — who was freed from prison on appeal after 11 years — has been ordered back behind bars to serve the remainder of his original 20-year sentence. On Monday, a judge delayed a hearing on the case until July 19. In the meantime, Woodall hopes the Florida Supreme Court will agree to hear his appeal.

“It’s really hard for me to think about because I’ve been trying hard to be part of everything I’ve missed,” the 35-year-old Woodall said. “Even the simple stuff, it could be the last time I take out the trash.”

His case has echoes of a more famous one: Rene Lima-Marin was accidentally released early from a Colorado prison and quietly lived a productive life with his family for five years before the mistake was discovered and he was ordered to come back. While a judge ordered him freed again in May and the governor pardoned him, Lima-Marin is being detained for immigration authorities. 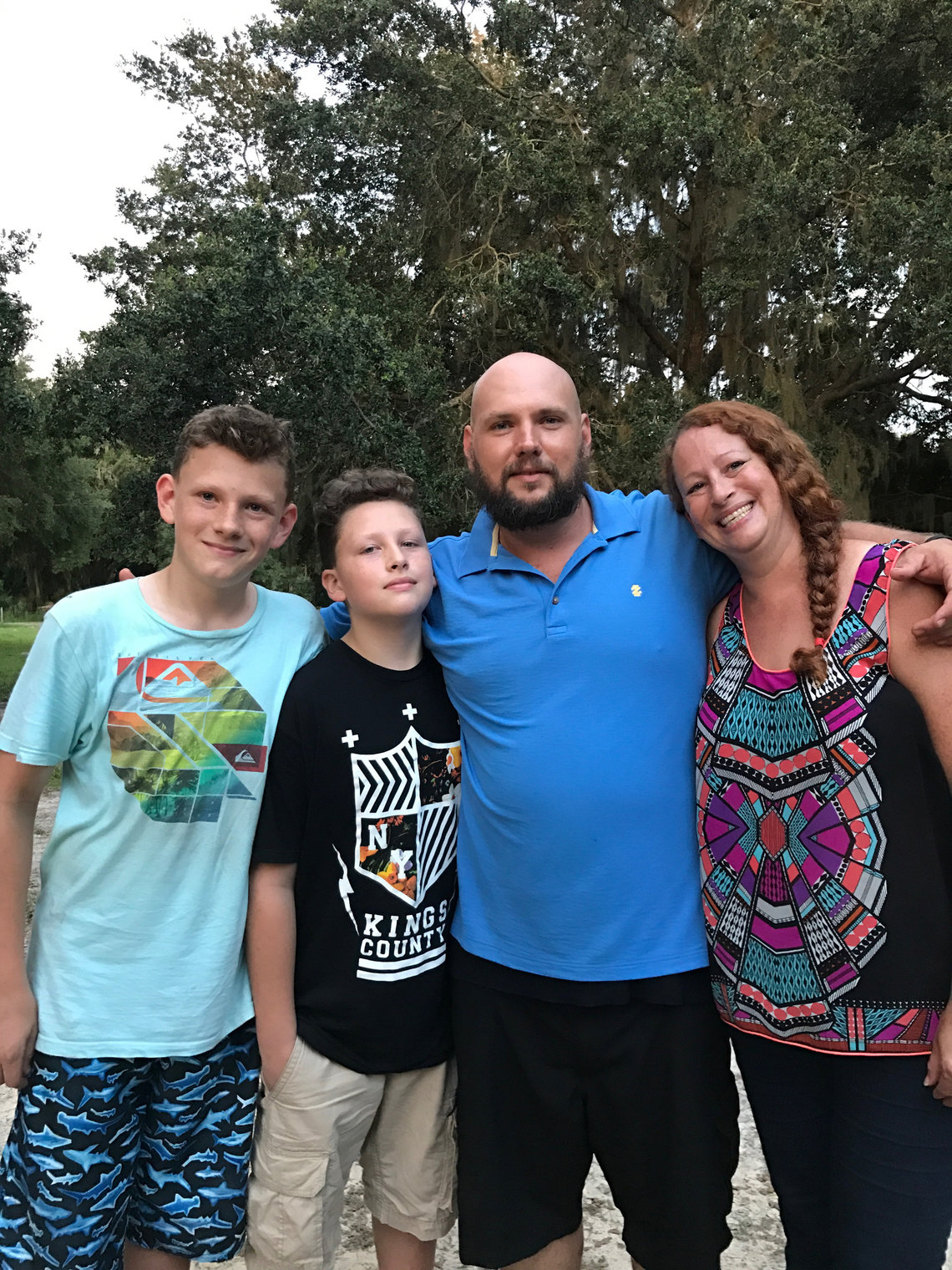 Robert Woodall with his fiancée, Stephanie Walker, and children, Robby and Lance, in Umatilla, Fla.

Courtesy of the Woodall family

Woodall’s release was not a mistake but what had looked like a successful appeal. Unusually, he was allowed to go free while the case went through the court system.

His saga began in 2004. Woodall and Walker were living in Orlando when their second son was born. Walker suffered an intense bout of postpartum depression. Woodall, making $3,000 a week and feeling footloose, wanted to separate. Walker took the kids and returned to Houston, her hometown. He began hanging out with a crowd Walker considered unsavory.

In a drunken Christmas Eve brawl, Woodall — whose only previous crimes were possession of marijuana and drug paraphernalia — fired a shot that ricocheted and struck a another man in the leg. The charge was aggravated battery, and Woodall was sentenced to 20 years under a tough Florida law that set a mandatory minimum for gun violence.

Former Gov. Jeb Bush first proposed the statute—which applies to habitual offenders and first-timers alike—during his 1998 campaign, with hopes of curbing violent crime rates. According to Reason Foundation, a libertarian policy think tank, 146 people went to prison under 10-20-life in 2000, a year after the law was enacted. By 2014, 9,957 had been sentenced.

Woodall’s lawyer convinced an appeals court that the jury could not have made all the findings necessary to apply the 20-year minimum sentence. A judge agreed, and resentenced Woodall to the 11 years he had already served. He walked out in January 2016.

Reunited with his fiancee and children, Woodall bought a home and started a lawn-care business. But Florida prosecutors appealed the order that freed him, arguing that the original 20-year mandatory minimum was appropriate.

In March, just a little more than a year after Woodall’s release, the Fifth District Court of Appeals threw out the revised sentence and reimposed the 20-year term. The court said the jury was adequately prepared to make the necessary findings for the mandatory minimum.

Greg Newburn, a policy expert at Families Against Mandatory Minimums, argued that Woodall’s situation is an unintended consequence of the gun statute. FAMM is a nonpartisan organization that advocates for inmates and families they believe are affected by harsh sentencing laws.

The Florida statute “was for repeat offenders robbing liquor stores and pawn shops and using a firearm,” Newburn said. “They weren’t really thinking of scuffles that got out of hand where someone fires a gun at the ground.”

Newburn said he has never seen a case quite like Woodall’s. It is uncommon to successfully appeal a sentence in the first place, he said. To be immediately released for a year and a half—and then ordered back to prison—is practically unheard of, he said.

The Woodalls now have to make contingency plans as they wait to hear from the state Supreme Court. Walker is bracing herself to take over the lawn business.

“If he goes back, they’ll be starting their own lives when he gets released,” she said of her sons. “And you just have to hope the system will do them justice, too.”