Your doctor, your pharmacist... and the police.

As drug overdose deaths continue their record climb, Missouri last month became the 50th state to launch a prescription drug monitoring program, or PDMP. These state-run databases, which track prescriptions of certain potentially addictive or dangerous medications, are widely regarded as an essential tool to stem the opioid epidemic. Missouri Gov. Eric Greitens last month announced he was creating one in what had been the lone holdout state; legislative efforts to establish a program there had repeatedly failed because of lawmakers’ concerns about privacy.

Their concerns were not unfounded.

Federal courts in Utah and Oregon recently ruled that the Drug Enforcement Administration, in its effort to investigate suspected drug abusers or pill mills, can access information in those states’ PDMPs without a warrant, even over the states’ objections. And last month in California, the state supreme court ruled that the state medical board could view hundreds of patients’ prescription drug records in the course of its investigation of a physician accused of misconduct. “Physicians and patients have no reasonable expectation of privacy in the highly regulated prescription drug industry,” District Judge David Nuffer wrote in the Utah case.

Approaches to PDMPs vary, with some states structuring them primarily as a tool of law enforcement and others as a public health intervention. In 27 states, investigators must get a warrant or ask a court or grand jury for permission to access the information, according to the PDMP Training and Technical Assistance Center at Brandeis University.

In many of these states, the database’s primary purpose is to alert doctors or pharmacists to patients who may be “doctor shopping”: seeking pills from several prescribers, a red flag for an addiction problem. Prescription drugs are responsible for almost half of the nation’s opioid overdose deaths, and abuse of pills like OxyContin can be a precursor to heroin or its more deadly cousin, fentanyl. Some states recommend, and others require, that doctors log each prescription and check the database before writing new ones. 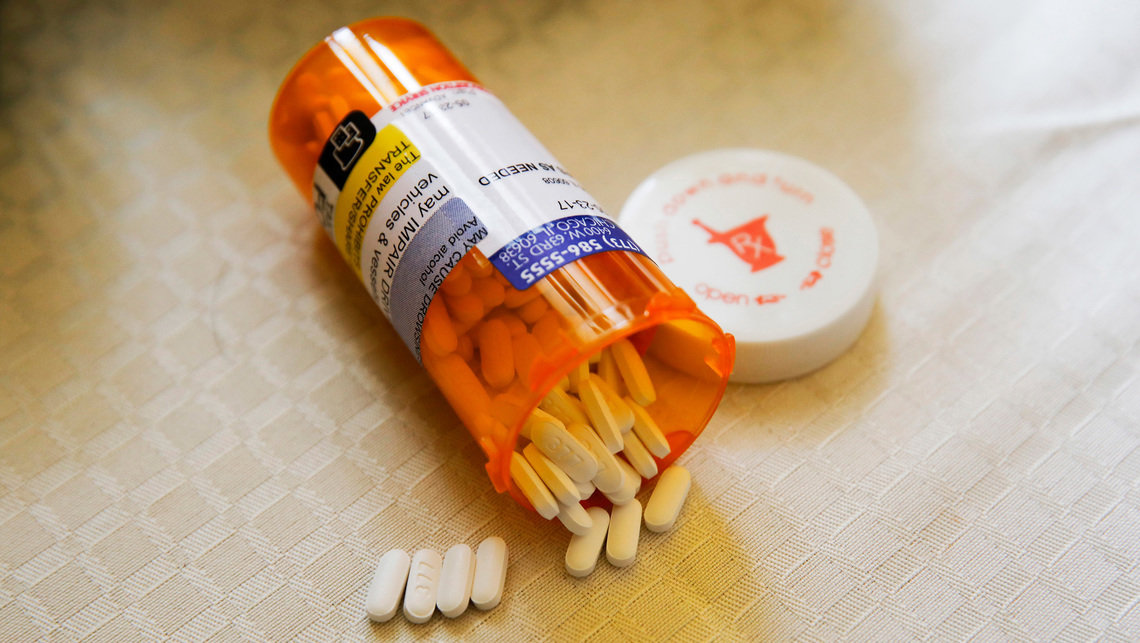 The opioid Tramadol is used to relieve moderate to moderately severe pain.

But in 21 states and the District of Columbia, police can also access the databases as a matter of course; some have their own log-ins to use at their discretion. A Scripps investigation last year found that in those states alone, law enforcement viewed more than 300,000 patients’ prescription histories over the course of two years. In some states there’s a back-and-forth of information, with health department officials alerting law enforcement to possible unscrupulous providers.

Some public health advocates warn that knowing cops are looking over their shoulders can interfere with the doctor-patient relationship and cause a “chilling effect” among even legitimate prescribers. “Even in situations where patients are experiencing dire and debilitating pain, I have seen…many physicians becoming unwilling to issue prescriptions for medically necessary narcotic painkillers because they fear scrutiny by law enforcement,” wrote an Oregon physician in an affidavit in the case there.

The scope of information in the databases varies widely, too. In Oregon, anyone prescribed testosterone is included in the PDMP, which prompted two transgender men to join the case in protest. Other drugs commonly included in PDMPs are used to treat anxiety disorders, post-traumatic stress disorder (PTSD), and migraines. “These conditions ‘are among some of the most frequently diagnosed conditions in Americans,’ meaning that it is ‘likely that state prescription drug monitoring programs... will soon contain sensitive information about most Americans, if they do not already,’” the ACLU wrote in a brief in the Utah case.

Utah’s law previously allowed law enforcement unfettered access to the database. They used it in 2013, when officials discovered that vials of morphine and other potent drugs in a number of Salt Lake City–area ambulances had been tampered with. In response, the local police examined the prescription drug records of 480 fire department employees in what critics called a fishing expedition. No one was ever charged with the ambulance drug tampering, but an assistant fire chief and a paramedic were charged with felonies when the police incidentally discovered they had each been prescribed multiple opiates: a sign, police and prosecutors said, that they had obtained the prescriptions fraudulently. The prescriptions were legitimate and the charges were ultimately dropped—but not for more than a year, after the charges had upended both men’s personal and professional lives.

As a result of the outcry over their cases, Utah revised its law to tightly restrict when and how police could access the information in the database. This new law led them into a standoff with the DEA, which wanted access to every controlled substance prescription written over the course of about a year by a provider the agency was investigating. “It is more than reasonable for patients to believe that law enforcement agencies will not have access to their records without a warrant,” the state wrote in court filings objecting to the DEA’s request. “Patients are less likely to divulge sensitive information to health professionals if they are not assured that their confidences will be respected.”

Advocates for PDMPs say they serve an important purpose by alerting law enforcement to problem prescribers or potential dealers, and that there is no evidence to support the “chilling effect” some doctors describe. “Law enforcement access to the data is for criminal violations,” says Patrick Knue, Director of the PDMP Training and Technical Assistance Center. “Law enforcement doesn’t just go in to look at people’s health records.”

But some public health advocates warn that doctors who know the cops are watching may be quick to turn “problem” patients away—an especially troubling prospect, they say, for patients with addiction problems. Addicts need stable relationships with caring physicians who can provide referrals to drug treatment, prescriptions for the overdose antidote naloxone, and other potentially life-saving measures.

Leo Beletsky is a Northeastern University law professor who conducted a small study of Reddit users’ experiences with PDMPs. “In the Reddit posts, the picture that comes out is, once you’re rebuked by a provider based on PDMP data, that influences how patients decide to seek help or not seek help,” Beletsky says. “The collateral harm from that is you’re cutting people out of the health care system at a time when they’re most vulnerable.”