Why Do Cops Need Bayonets?

Although Michigan Sheriff Michael J. Bouchard runs one of the nation’s largest sheriff’s offices — with about 1,400 officers stationed a few miles northwest of Detroit — he spends a lot of time in Washington.

During the waning days of the Obama Administration, Bouchard, who is also chair of government affairs of the Major County Sheriff’s Association of America, engaged in a succession of heated debates with senior White House and Justice Department officials who wanted to know: Why do local cops need Pentagon-issued bayonets?

“They started with a premise in the meeting: ‘Can you explain why you would need all of this military equipment?’” Bouchard recalled in an interview. “And I said: ‘Can we reverse the premise, and you tell me what you find objectionable and then I will explain its use?’”

“The reality is there’s not a police department in America that fixes bayonets onto a weapon, and charges,” he said. 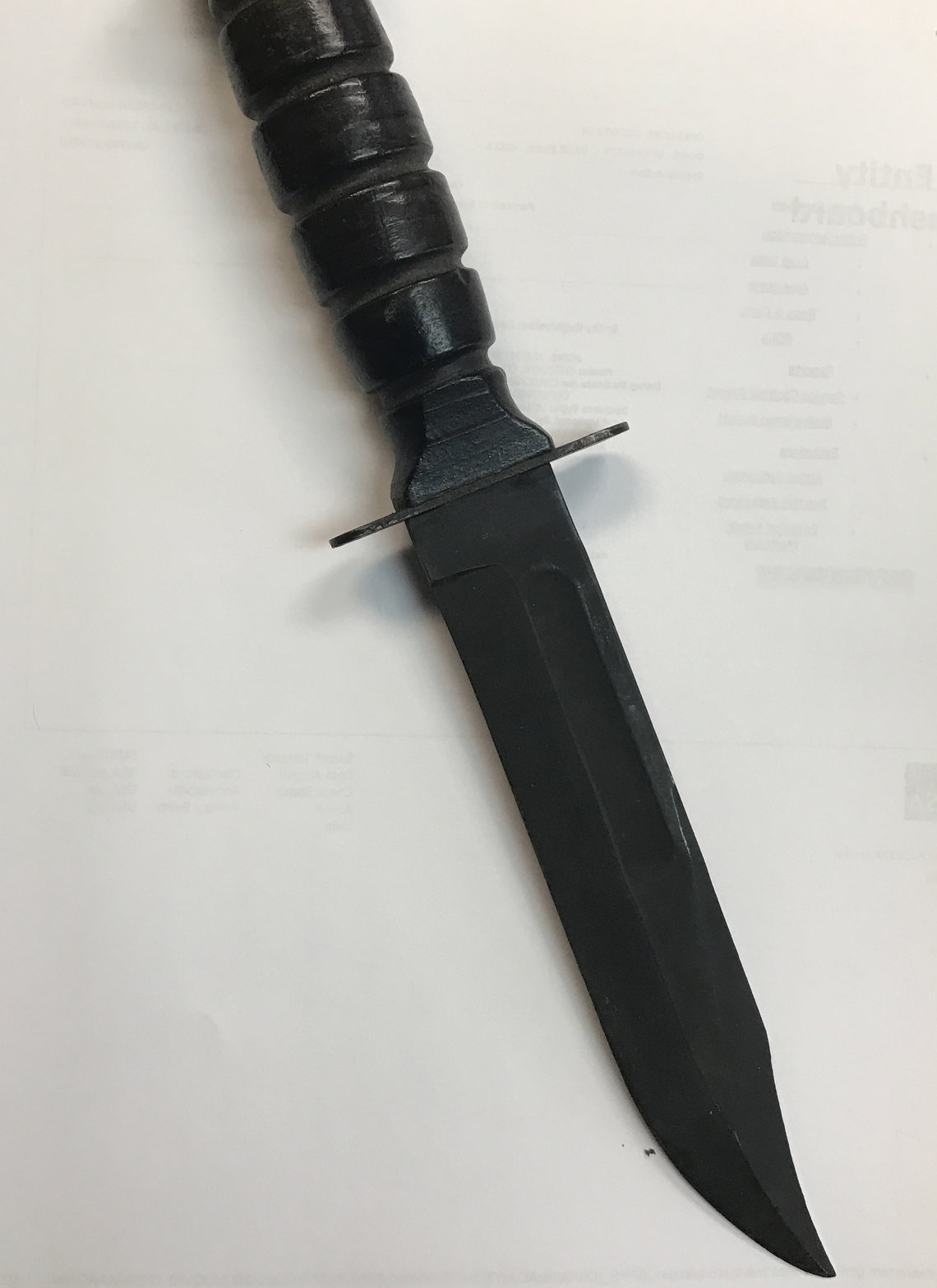 A bayonet used by the Cherokee County, Alabama Sheriff’s Office.

After images circulated in the summer of 2014 of hulking armored vehicles carrying police in commando gear through tear-gas smoke and protesters in Ferguson, Mo., the militarization of police became a hot topic, and the bayonets handed down from the armed forces came to symbolize the excess.

“What purpose are bayonets being given out for?” Sen. Rand Paul, the Kentucky Republican, asked during a congressional hearing. “I can give you an answer. None.” The bayonet, a relic of wars fought hand-to-hand, had come to represent the absurdity of the Pentagon-to-police equipment pipeline.

President Obama gathered a “working group” of law enforcement experts and professionals, including Bouchard, to advise him on how to revamp the pipeline that has fed military goods to police agencies since the 1990s. “We’ve seen how militarized gear can sometimes give people the feeling like there’s an occupied force,” said Obama on the day he pulled bayonets, tracked armored vehicles and grenade launchers from the weapons program.

Before the Obama ban, there were over 12,000 Pentagon-issued bayonets spread across more than 170 counties across the nation, according to a Marshall Project review of Department of Defense data from early 2006 through the spring of 2014. Obama’s order had called for the removal of “large knives designed to be attached to the muzzle of rifle/shotgun/long gun for the purposes of hand-to-hand combat.”

Bayonets were first used by French hunters to kill wild boars, and were popularized as military hardware after the War of 1812. As technology advanced, bayonets evolved from foot-long spears to easily-removable combat knives. During the civil rights era, bayonets were used by police to turn away African-American marchers.

As of June, there were still thousands of bayonets in the hands of law enforcement agencies, mainly federal task forces near the United States-Mexico border, according to Department of Defense data reviewed by The Marshall Project. More than half of the weapons were being used in El Paso, Texas, by federal border patrol officers. (The border patrol did not respond to inquiries.)

The bayonet returned to the spotlight on Monday when Attorney General Jeff Sessions told a roomful of police union leaders that the Obama-era restrictions on the federal program were being rescinded.

Sessions’ return of the bayonets brought fresh complaints from the earlier critics. “To support our local police we must realize they aren’t soldiers,” Sen. Paul tweeted after Sessions’ announcement.. “But the line between the two is being eroded.” And the ACLU chimed in: “Trump Just Gave Thousands of Bayonets And Hundreds of Grenade Launchers Back To Police.”

Out of curiosity, the Marshall Project called up local law enforcement officials and asked what officers were doing with the bayonets.

Police in Tucson, Ariz. had used them to cut wire, a spokesperson explained via email, but never as a weapon.

“I guess they call it a bayonet on the inventory,” said Sheriff Jeff Shaver of Cherokee County, Alabama. “But it’s actually a knife. We are out in the woods doing rescues. We use them for cutting rope, cutting seat belts, things like that.”

Before Obama’s order, Bouchard’s agency gave out chrome-plated bayonets to the honor guard to carry in funerals and processions. Those had to be returned, but his agency was able to keep hundreds of the weapons, which were grandfathered into his inventory and are part of his officers’ medical kits.

Jefferson County, Alabama, Sheriff’s Chief Deputy Randy Christian says his agency had received 55 bayonets from the Pentagon over the years, and they are still being carried in trunks by first responders rushing to car crashes or other emergencies.

“I wholeheartedly agree that I do not want my personnel looking like the military,” Christian said. “That isn’t our role. But there is a lot of military equipment that can serve a law enforcement purpose that has already been paid for with hard-earned tax dollars.”

Really, Sheriff Shaver of Alabama explained, “there is nothing special. They were just free.”