A Timely Prison Project? Or a G.O.P. Congressman’s Boondoggle?

Even the Trump administration casts doubt on the $444-million plan.

In 2005, when the prison boom was still nearing its peak, a Republican congressman from eastern Kentucky named Hal Rogers saw an economic opportunity for his depressed Appalachian district. In the next year’s federal budget, he secured $5 million in preliminary funding for a new maximum-security prison on the former site of a mountaintop-removal coal mine. If built, he believed, the prison would not only relieve the Bureau of Prisons of severe overcrowding, but also generate much-needed jobs.

Rogers’s proposed prison, in Letcher County — whose central town, Whitesburg, Fox News has called “the poster child for the war on coal” — remained in the works year after year. Then, in 2016, he convinced his colleagues to vastly increase the funding amount to $444 million.

Construction could begin as soon as next year, pending the results of a final B.O.P. environmental review process.

Yet the federal inmate population has been in decline — from about 219,000 to 192,000 in just the last three years — in part because of Obama-era criminal justice reforms. And because of 20 new prisons built over the last decade, the B.O.P. has also increased its capacity by nearly 30,000 beds.

As a result, the agency reports significantly less need for more space.

Even the Trump administration, which is coal-country friendly and generally a supporter of prisons, has left the project out of its recommended budget for Fiscal 2018. “The B.O.P. does not request new construction funding,” the document, released in May, reads. “Further, [it] proposes a $444 million rescission.”

At a June hearing of the House Appropriations Committee, Rogers asked: “What I want to know is, are you serious?” Deputy Attorney General Rod Rosenstein answered bluntly, “We just didn’t feel we needed that facility” any longer. “What we are doing, Congressman, is we're just prioritizing.” 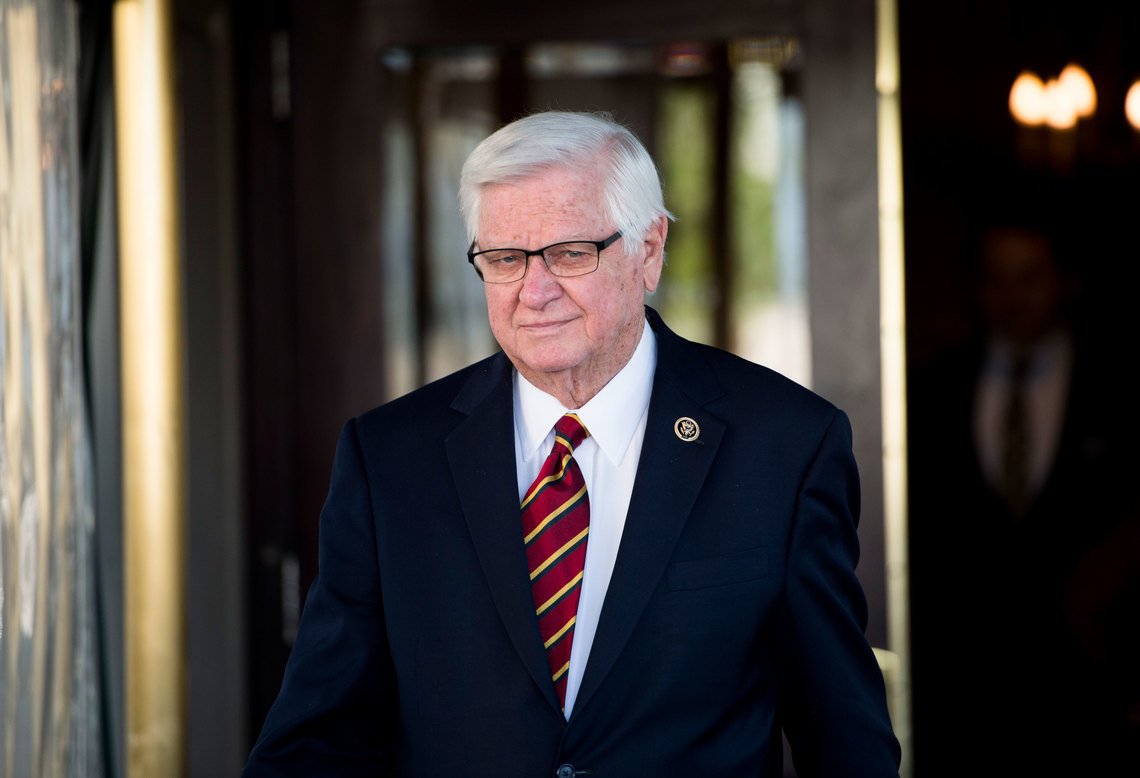 Yet as the Dec. 8 deadline for completing the latest Congressional budget approaches, Rogers remains committed to the plan, which calls for housing about 1,200 inmates in a high-security penitentiary and adjacent low-security camp on up to 800 acres. A statement released by his office said: “Over the last eight years, eastern Kentucky lost around 12,000 jobs in the coal industry,” devastating Letcher County’s economy. “Therefore, Congressman Rogers views the new prison as a dual answer to prison overcrowding and the need for job creation in Kentucky’s Appalachian region.”

The dispute over new prison building, now coming to a head around the Letcher County project, has taken on added significance in the era of criminal justice reform.

On one side is Rogers, the southern Republican known to some colleagues as the “Prince of Pork” and engaged in the traditional politics of job creation for his rural district. On the other is an unusual alliance of the Trump-Sessions Justice Department with prisoner advocates, who oppose the project in part because it would unearth millions of cubic meters of material, possibly containing dangerous chemicals such as radon and arsenic, buried during previous coal mining.

Annelise Hafer, policy adviser for CURE, a national prison reform group that is working to attach a rescission of the project to any upcoming appropriations bill, said the Trump administration “changed the calculus on this.”

“I think the question this all raises is, has the old guard changed in Washington?” she said. “Maybe they are really draining the swamp? After all they’re taking on a senior member of appropriations and his big project.”

Still, the appropriation has not been removed from Congress’s version of the budget, which will likely be finalized as an omnibus package in the coming weeks to prevent a government shutdown. And shepherding the bill to the finish line is Senate Majority Leader Mitch McConnell — also from Kentucky — while President Trump, notwithstanding his own initial proposal to cut the funds, is likely to sign it into law.

McConnell is especially unlikely to allow a floor amendment rescinding the project to be introduced in these waning hours, with more visible issues such as tax reform and an immigration-policy decision on the future of the “Dreamers” at stake.

The larger question is whether, in 2017, the B.O.P. still needs more space for more inmates, and if it does, whether building an expensive new complex hundreds of miles from prisoners’ communities and families is the best available option.

At the June hearing, Rogers answered that question affirmatively. “We’ve got terrific overcrowding,” he said, which “poses significant problems for the health and safety of inmates and guards alike.”

“Yes, we’ve made some reductions in recent years, but not enough.”

Federal prisons remain significantly overcrowded in one key area: the high-security population, especially in the mid-Atlantic region. But the surplus of those inmates is projected to drop from 47 to 27 percent by next year, and, in its May budget proposal, the B.O.P. said there are “more efficient and cost-effective ways” to deal with the problem than building an entirely new penitentiary.

For instance, the B.O.P. has already made plans to spend far less — $80 million — to repurpose a former state prison in Thomson, Ill. This would be a simpler way of producing the additional high-security beds, Rosenstein noted in his June comments.

The Trump administration has also repeatedly floated the idea of using more private prison space as an alternative to building new public facilities, worrying some activists on the left but still in keeping with its opposition to the Letcher County project.

“What’s really going on here is not about capacity,” said Emily Posner, a lawyer working for the Abolitionist Law Center, another prison reform group. “It’s that Hal Rogers wants to get millions of dollars to wealthy landowners and contractors in his state.”

Rogers, who has represented the same district for nearly four decades, has indeed made the economic revitalization of that region of Appalachia a focal point of his career. Over the years, he secured for his hometown of Somerset a $52 million National Institute for Hometown Security, a $17 million airport, and a “Hal Rogers Parkway.” Last month, at an economic summit, he told an audience, “The Defense Department awarded $448 billion in federal contracts in fiscal year 2015 alone. I believe we could have captured more of those contracts in Kentucky.”

He has also helped the region win three other federal prisons.

The Letcher County Planning Commission supports the new prison, and has described itself as representing the community’s views. But it’s a private organization, and a number of its members, B.O.P. documents show, are or are related to the property owners themselves who stand to profit from sales of land to the federal government.

As The Marshall Project’s Christie Thompson has reported and academic studies have repeatedly shown, the economic benefits to rural counties of new prison construction are, surprisingly, minimal to none. That’s in part because the new corrections-officer jobs created often go to experienced employees from elsewhere, who commute to rather than move into the community.

Rogers says that if built, the Letcher County facility would employ about 300 full-time staff members. But earlier B.O.P. planning documents indicate that many or perhaps all of those jobs could be filled by existing agency employees.

As Congress nears its budget deadline, the only remaining avenue for stopping the prison is through the B.O.P.’s environmental review process, which closed to public comments on Oct. 29. Now, the agency must issue its “record of decision,” and either scrap the project or, by acquiring the land rights and hiring builders, commit to it at last.