No Mercy for Judges Who Show Mercy

A new North Carolina law takes effect Friday that is designed to hamstring the ability of judges to waive fines and fees for poor people.

Critics say the law will mean jail time for more poor people who can’t pay court costs that start at $179 for a seat belt violation and can easily surpass $1,000.

The law is believed to be the first of its kind in the country. It runs counter to reform efforts in other states that are attempting to reduce the number of people jailed because they are unable to pay fines or fees or make bail.

The new law is unusual in other ways: no lawmaker will take credit as sponsor, and no formal input was solicited from the entity most affected, the state court system.

The measure seems crafted by the Republican-controlled General Assembly to maneuver around a 1983 U.S. Supreme Court decision, Bearden v. Georgia, in which the court held that people cannot be jailed simply because they are too poor to pay fines and fees. Judges can waive costs if the failure to pay is not willful.

North Carolina’s new law would not explicitly prohibit waivers for the poor, but would throw up a serious impediment, requiring judges to give 15 days notice to all affected agencies before issuing a waiver.

In North Carolina, that would be a lot of notices. An offender in the state is subject to a vast array of fees, from $5 for being arrested to $200 for failing to appear. The state charges a fee of $7.50 to underwrite the police and sheriff retirement funds and a fee of up to $40 a day for taking up space in jail. Perhaps inevitably, there is a $50 fee for failing to pay a fee.

In all, 52 fees are routed to four state agencies and 611 counties and municipalities.

Rep. Marcia Morey knows the fees well. Before the Durham Democrat joined the legislature, she spent 18 years as a judge. She recounted an experience repeated several times daily in traffic court: a person with a minor offense or traffic violation can’t afford to pay hundreds of dollars. If she doesn’t pay, she loses her driver’s license. If she serves jail time instead of paying, she loses her job. Morey unapologetically waived fees in 30 percent of her cases.

“The courts are not a pay-to-play system,” she said. “Justice shouldn’t be funded on the backs of the poor.”

In Mecklenburg County, the state’s most populous, Clerk of Court Elisa Chinn-Gary worries the new law means thousands of dollars in extra postage each week and new burdens on an already understaffed office.

Chinn-Gary hopes a last-minute maneuver by the state Administrative Office of the Courts will blunt the law’s impact.

In November, 15 days before the law was to take effect, the office mailed first class form letters to 615 agencies. The letter had a link to online criminal court calendars and told the agencies they could send counsel to any criminal court session and be heard on any fee waiver.

It’s unclear how the Republican-controlled legislature will respond to this blanket notice.

But State Rep. Joe John, a Democrat, has a prediction. John, who has spent 26 years as a prosecutor, a trial judge and an appellate judge, sees the new law as the latest attack on judicial independence by the veto-proof Republican majority. 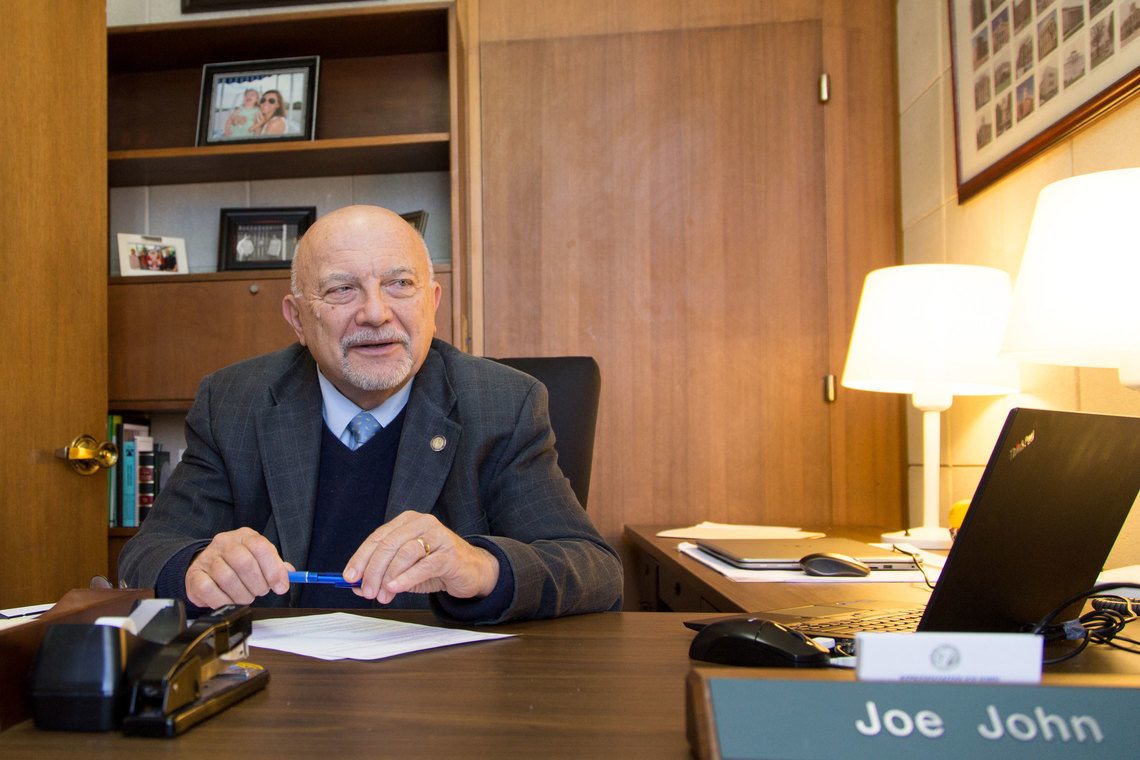 State Rep. Joe John of North Carolina opposes a new law which would hamstring the ability of judges to waive fines and fees for poor people.

“The individuals who promoted this legislation will not be satisfied” with a blanket notification, he predicts.

The identity of those individuals is a little murky. No lawmaker has claimed authorship. No one introduced it as a bill or filed it as an amendment. Tracing sponsorship even stumped the librarians at the North Carolina Legislative Library.

It first appeared in the 362-page budget passed by the state Senate. John and other legislators said the primary mover and shaker was Sen. Shirley Randleman, a retired clerk of court who runs the Senate’s budget subcommittee for criminal justice.

Randleman declined to take ownership, saying the provision was a group effort by senior budget writers in both chambers.

The new law is all about revenue, she said. Courts rely on fees for 50 percent of their budget. Jails, law enforcement, counties and school systems lose money from waivers: “We should give them an opportunity to be heard.”

Next came reports on individual judges: for those handling 1,000 or more cases a year, the percentage of waivers ran from 0.2 percent to 56 percent.

Randleman declined to discuss the unfunded postage and processing costs the law imposes on the courts, or the logistics of giving legal notice to hundreds of agencies. She also declined to address concerns that people would lose driver’s licenses or jobs simply because they are poor.

“I can’t comment on what everybody else in the universe says about this, that or the other,” she said.

In making fines and fees more onerous for poor people, North Carolina is swimming against the national tide, according to Laurie Dudgeon, chief administrator of Kentucky courts.

“Courts should not be looked at as a revenue source,” Dudgeon said. “It appears to me North Carolina is going in the wrong direction.”

Dudgeon cited Texas and Arizona as states where reforms have saved money by reducing fees or letting offenders pay in small installments. The reduced revenues are more than offset by the money saved in jail costs.

Dudgeon helps run a task force on fines, fees and bail at the National Center for State Courts established after the Ferguson riots exposed a court system that valued revenue over public safety.

In February, her task force published “Bearden bench cards”, named after the 1983 Supreme Court decision, a handy guide for judges on how to determine if a person has the means to pay.

Jackie Willingham, a public defender in Raleigh, said all her clients are poor, but she requests waivers in fewer than half her cases.

Many of her clients have completed first-time offender or drug treatment programs, or both. They may have completed 75 hours of community service and paid hundreds of dollars in program fees.

Poor clients who stay out of trouble shouldn’t fail because they can’t come up with an additional $200 in court costs, she said.

“The whole point is to avoid the weight of having a criminal conviction.”