It was big news in financial and biomedical circles when the Justice Department and executives at Aegerion Pharmaceuticals announced in September a global settlement to end criminal and civil litigation over the marketing of a new cholesterol drug called Juxtapid. The feds heralded the plea deal as another sign “the government will continue to hold accountable drug companies that violate laws designed to protect the health and safety of patients.” Aegerion welcomed the deal as a necessary step to move the troubled company forward for the benefit of shareholders.

The parties entered into what is known under federal law as a “C” plea, named for the procedural rule on which it is based. A “C” plea leaves the trial judge presiding over the case with a stark choice; either accept the deal and all of its terms as negotiated by the parties or reject the deal outright. “C” pleas, in other words, take away judges’ sentencing discretion. It also deprives them of key information they would need to evaluate the reasonableness of the plea. They are increasingly common, as are all plea deals, especially in cases involving corporate defendants like Aegerion.

The bad news for Aegerion, and the Justice Department, is that the federal trial judge presiding over this case, chosen by random selection, is U.S. District Judge William Young. The Reagan appointee has over his decades on the bench in Massachusetts developed a reputation for being fiercely protective of judicial functions (like trying cases and sentencing defendants) and for being bluntly antagonistic toward lawyers and clients who try to undermine judicial authority. If there is one judge among thousands on the federal bench likely to buck a “C” plea it’s Judge Young. He’s done it before.

And so, on November 20, roughly two months after the parties’ plea deal was announced, Judge Young rejected the Aegerion deal in an epic, 23-page ruling. It wasn’t that the deal was necessarily good or particularly bad, he wrote, it’s just that he had no way to tell for sure because he wasn’t privy to details about the terms and wasn’t allowed to ask about them. “The case will stand for trial as previously ordered,” he wrote. And so it is back to the drawing board for federal prosecutors and those corporate lawyers who thought they were done.

The good news as the decade began was that the folks at Aegerion Pharmaceuticals had developed a drug, Juxtapid, to treat patients who suffer from both high cholesterol and a rare genetic disease. The bad news (for patients, anyway) was that the cost of the drug, when it became available to the public in January 2013, was approximately $295,000 per year, per patient. That cost quickly shot up to $330,000 per year, per patient. At those prices, one would think that the company would be content to ensure that its medicine made it into the hands of only those patients who could benefit from it.

Instead, according to an indictment unsealed in September, Aegerion employees immediately engaged in egregious misconduct. For example, prosecutors say sales representatives violated patient privacy rights, and HIPAA law, by obtaining “protected health information possessed by physicians and their medical staff,” without the knowledge of patients. Aegerion employees also allegedly created false HIPAA authorizations on behalf of unknowing patients, recruited doctors and medical staff to violate patient rights, and actually held a contest to see who in the company could sell the most Juxtapid prescriptions in a single day, whether patients needed the drug or not.

The deceit wasn’t just limited to medical records and prescriptions, the indictment said. Federal prosecutors allege that Aegerion executives and employees lied to federal regulators when they were seeking FDA approval for the drug. And the feds allege that company sales reps lied to both doctors and patients about the efficacy of the drug. Despite repeated warnings by regulators to limit the drug’s use, and despite repeated promises by company executives that they would comply with those limitations, the indictment charged that Juxtapid was sold to patients young and old who would not benefit from it and would, in fact, be harmed by its serious side effects, many of which were not adequately disclosed.

As part of the plea, Aegerion agreed to “expressly and unequivocally” admit “that it committed the crimes charged in the information and is in fact guilty of those offenses.”

Based on the series of court documents filed with the plea agreement, the Justice Department believed it had pieced together a portrait of a company whose executives placed profits ahead of patient care. It’s easy to imagine the visceral reaction federal jurors might have felt — might yet feel — were all of this evidence presented in court. Which is precisely why the company was so eager to make the deal.

The plea agreement, dated September 22nd, is otherwise notable first for the attention it pays to the federal sentencing guidelines. It’s clear from the details that federal prosecutors and lawyers for the company had spent a great deal of time doing what Judge Young would normally do when any criminal defendant is sentenced in his court: they calculated the “culpability score” and other factors that tend to either enhance or mitigate a federal sentence. Under the “C” plea, remember, the judge was free to accept these calculations, or reject them, but not change them.

Ultimately, to settle the criminal portion of the case, the portion over which Judge Young has jurisdiction, the company agreed to pay $7.2 million in fines and forfeiture. (To settle the civil part of the case against it, Aegerion also agreed to pay the feds another $26.1 million and to pay Massachusetts $2.7 million). In exchange, the Justice Department agreed not to “further prosecute Aegerion” for any other crimes either contained in the indictments or the subject of the investigation.

Aegerion entered into what’s called a “Corporate Integrity Agreement,” which required it to introduce and implement internal control measures designed to ensure that the sort of misconduct in the indictment doesn’t happen again. The Corporate Integrity Agreement requires independent reviews and certificates of compliance from company executives and board members. There is no outside monitor of the company’s conduct. 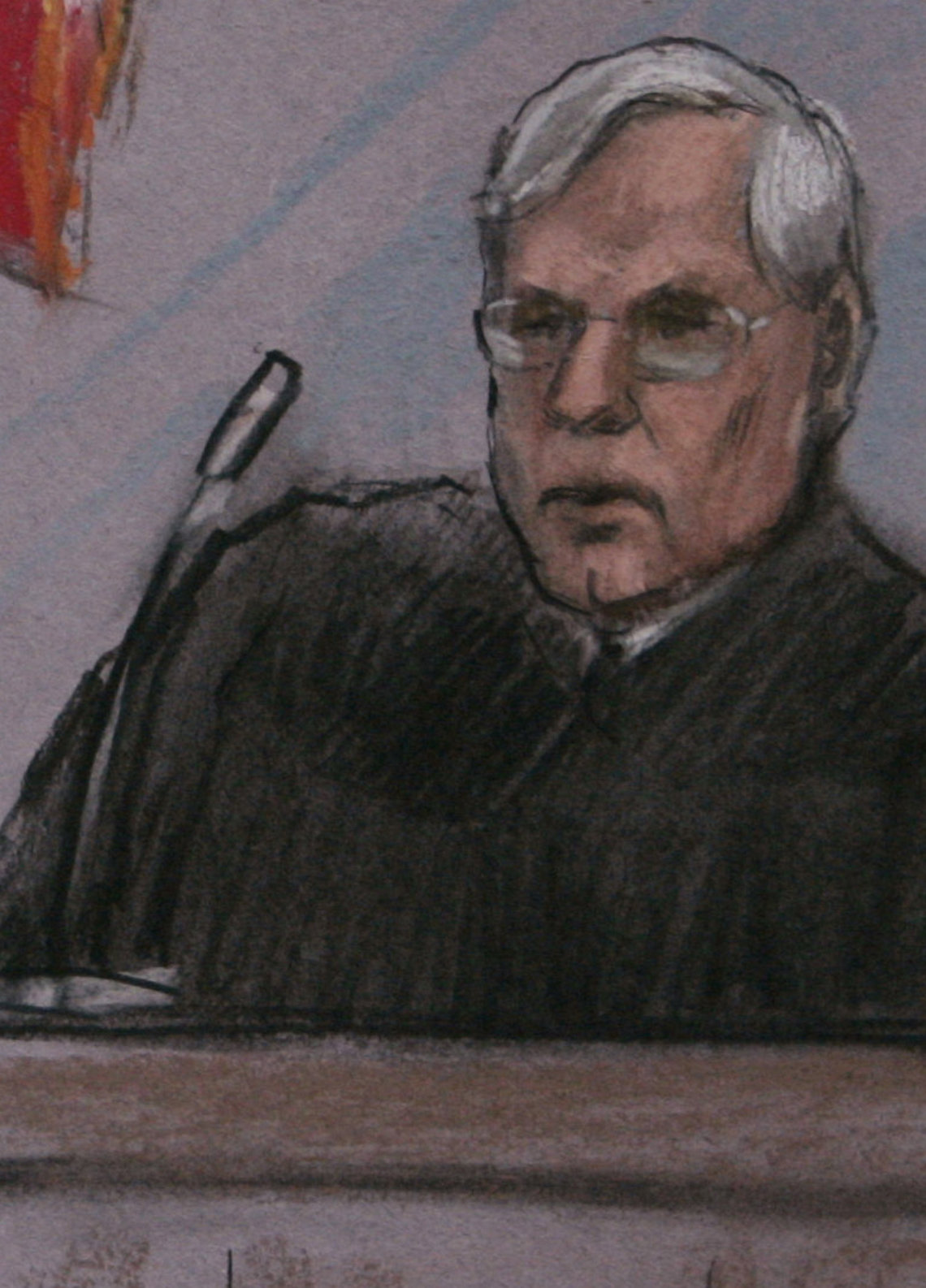 Judge William Young, of the U.S. District Court for the District of Massachusetts in Boston.

Which brings us back to Judge Young. His list of questions and concerns about the plea deal filled his ruling. Why did the feds agree to sentencing without waiting for a “Pre-Sentence Report” from the court’s Probation Office? Were the Sentencing Guidelines properly calculated, he asked, and if so why was there “no enhancement for vulnerable victims?” One would think, he wrote, “that the marketing of misbranded drugs to a patient population in need of appropriate treatment would meet the quintessential definition of vulnerable victims.” And why, he wanted to know,was there “no enhancement for the use of sophisticated means to commit the crimes?

The deal called for Aegerion to pay $7.2 million in fines and forfeiture but the sentencing guidelines had pegged the “recommended fine range” between $18 million and nearly $31 million. Why, Judge Young asked, had the feds gone along with such an enormous “downward variance” on financial terms even taking into account the “extraordinary cooperation of Aegerion’s new management and its present precarious situation”? Why, he wrote, didn’t the government “simply let Aegerion collapse in disgrace? Surely Aegerion is not too big to fail,” especially since it since has been taken over by another company with the evident means to fund a larger settlement?

And what about the victims of the company? The patients whose privacy was violated and who were given a dangerous drug they either did not need or did not know they shouldn’t take. They get nothing in the deal, Judge Young noted, no restitution to compensate them for suffering from “medical complications and physical and emotional harm.” Why, the judge wanted to know, had the government agreed to such terms when it “hardly seems an insurmountable burden to find out who got Juxtapid when such medication was not clinically indicated”? And that “Corporate Integrity Agreement?” Virtually worthless, the judge concluded, given its lack of independent oversight.

Then the judge took his disdain for the deal to a new level. Aegerion had urged the judge to accept the deal because so many other corporate defendants, and specifically so many other pharmaceutical companies, had been allowed to enter into “C” pleas. It would be an unfair disparity, the company argued, if it were treated differently from other companies that had engaged in widespread misconduct. “This argument is silly — complete balderdash,” the judge wrote, but Aegerion has inadvertently “proved a different type of unwarranted disparity — the shocking disparity between the treatment of corporations and individuals in our criminal justice system.” The whole ruling makes for lively reading.

A Justice Department spokeswoman said last week that the feds do not comment on pending cases. Aegerion did not respond to my request for comment. But the Justice Department can’t be happy about being called out, loudly, for going soft on corporate crime. And Aegerion’s new parent company can’t be happy about losing the chance to put a large liability to rest, let alone the prospect of a much larger cost if the case goes to trial.

So there will almost certainly be more secret negotiations between the parties, and quite possibly another plea deal — this time shaped to win Judge Young’s blessing. With “C” pleas, it seems, the parties get a second chance to make a first impression.