What’s Christian in the Season of Trump?

Awakening Evangelicals to an “outrageous” system.

At the small home gatherings that are a center of evangelical Christian life across the United States, the topics of discussion range from the previous Sunday’s sermon to the latest Christian spiritual help book, from marriage to addiction to the Bible’s diet guidance.

This story was published in collaboration with Christianity Today. 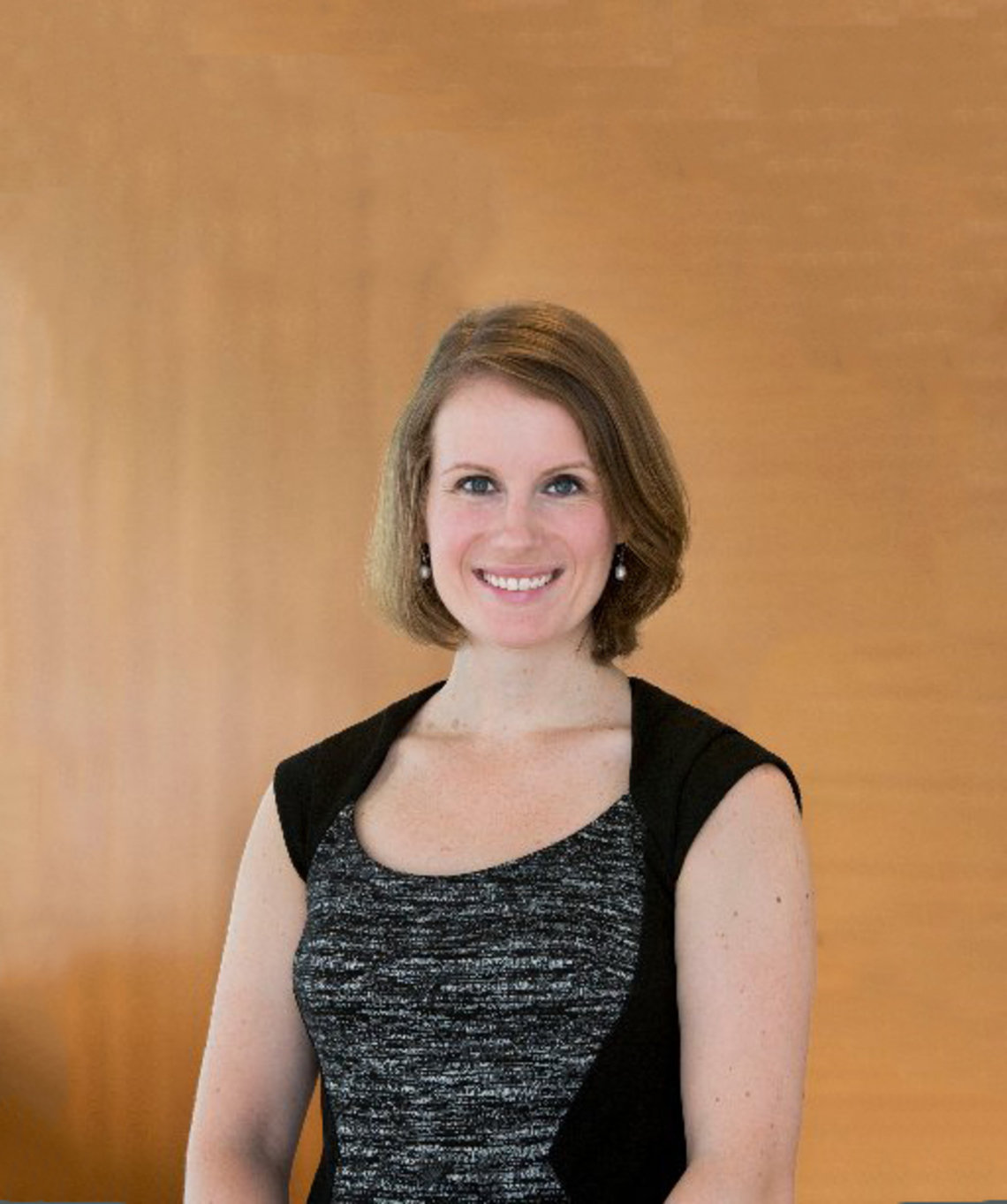 The push to influence evangelical Christians comes at a confusing juncture. The campaign to ease sentencing for nonviolent crimes and to expand rehabilitation has moved forward at the state level, led by Republicans and Democrats alike. But at the federal level such initiatives have stalled. President Donald Trump, who has called for “stronger” criminal punishment, and Attorney General Jeff Sessions, who has linked leniency to rising violent crime, have caused a slowdown on reform measures President Obama enthusiastically supported.

“In some ways it’s more difficult because of the law-and-order narrative that’s promoted, but at the same time I’m hopeful,” she says.

“Outrageous Justice” is a six-session plan designed to be spread across six weeks. The first week, participants would discuss how they can “pursue justice that restores” in the criminal justice system. By the sixth week they are considering whether the members are ready to accept ex-prisoners into their communities.

“Once someone has made amends for their past wrongdoing and repented, are we willing to extend a hand in practical ways?” the study guide summary asks. “Are we, who have been given a second chance, willing to give similar opportunities to others who only want to reach their full potential?”

Small groups are a more informal, modern and intimate version of the traditional Sunday or Wednesday night Protestant prayer service. The gatherings in church members’ living rooms are occasions to strengthen friendships, to share snacks, Biblical inspiration and prayer requests.

Rice-Minus said about 375 groups have tried the study guides. The initial feedback has been so enthusiastic that Prison Fellowship has set a goal of producing a million copies.

“People are having this awakening in America to injustice, whether it be sentencing or in conditions in confinement or after people pay their debt,” said Prison Fellowship’s Craig DeRoche, senior vice president for advocacy and public policy. 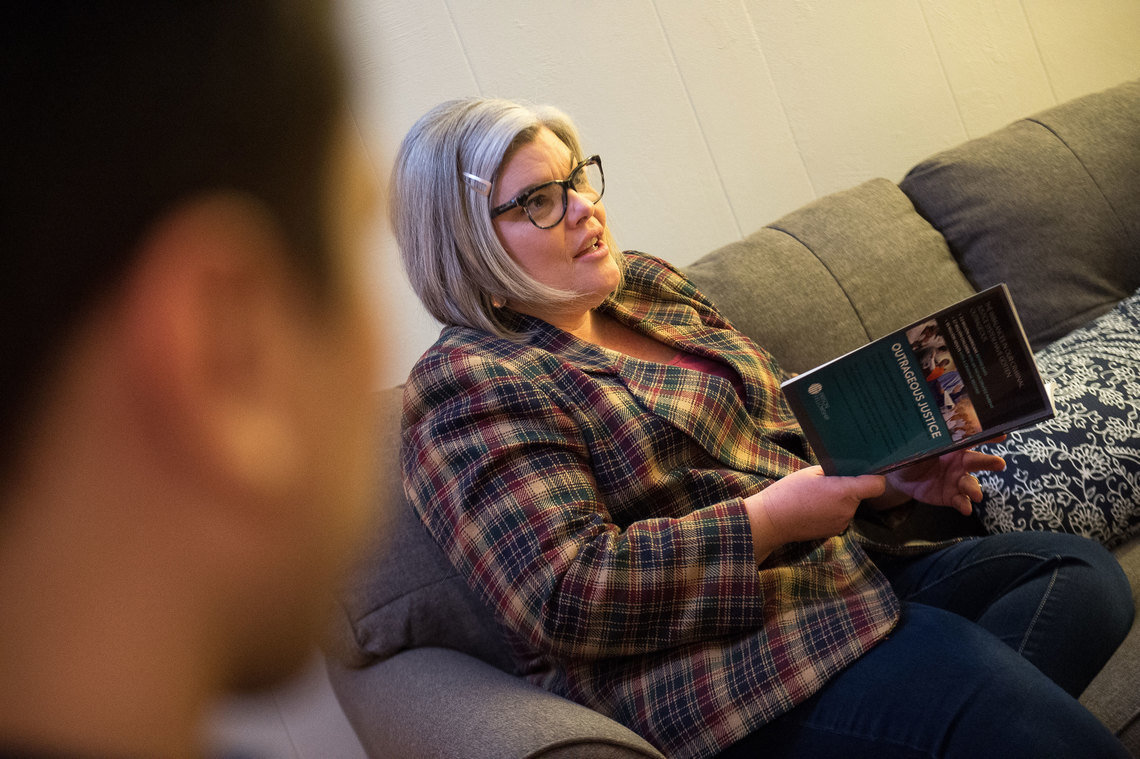 Jera Thompson joins in a group discussion in Wichita, Kan.

Craig Hacker for The Marshall Project

Christian perspectives on criminal justice teeter between harsh punishment and grace. A poll of 1,000 Protestant pastors last year found them evenly divided on the question of whether the recent growth of prison populations is “unjust.” Another survey commissioned by Prison Fellowship in June asked Christians if it was acceptable for someone to be punished more severely than their crime deserved in order to send a message. Fifty-three percent said yes.

Such a belief is inconsistent with Biblical values, Rice-Minus said. Many passages call on Christians in the spirit of Hebrews 13:3: “Remember those in prison as if you were their fellow prisoners, and those who are mistreated as if you yourselves were suffering.”

In a sense, “Outrageous Justice” is a reaffirmation of the fellowship’s roots. The organization began as a lobby for freedom of worship in prisons, founded by Charles “Chuck” Colson, President Richard Nixon’s general counsel who became a Christian as pressure and despair mounted during the Watergate scandal, which led to Colson’s imprisonment. Rice-Minus said she wanted a modern-day study guide to be interactive and use updated terminology that would engage millennials.

Prison Fellowship launched the program with backing from the Charles Koch Institute, a conservative think tank that has developed prison entrepreneurship programs and had “a shared recognition that the faith community is an important voice in the call for justice reform,” Rice-Minus said.

The study guides were designed by a consultant that has helped put together other small-group guides, including the popular “Daniel Fast,” a diet based on the Bible’s account of the prophet’s eating habits. (Low on meat and carbs, good for the body and spirit.) The authors called it “Outrageous Justice,” Rice-Minus said, because there are “so many outrageous things happening in our justice system today that are unfair and don’t make sense. Then if you think about God and the second chances He gives us (even when we don’t deserve it), that’s outrageous justice in a powerful and positive way.”

Evangelicals have demonstrated their grassroots influence on issues such as abortion and the campaign by Christian-led companies to be exempt from the Affordable Care Act’s coverage of contraception.

Rice-Minus argues that transforming the criminal justice system “is about the sacredness of life, just like the pro-life issue is,” Rice-Minus said.

But so far, except for black churches and pastors who have protested alleged police bias, abuse and harassment, they have not mobilized on criminal justice issues.

Marc Levin, policy director for the conservative reform group Right on Crime, said churches can energize the criminal justice reform movement. Polls have shown that the issue is popular with voters, Levin said, but they’ve also shown that it’s not a high priority when compared with the economy and tax reform.

While an array of advocates have energized the left and kept issues such as police misconduct and jail abuse out front, no similar grassroots movement has arisen on the Christian right.

“On the left there’s been this explosion of grassroots energy,” Levin said, “and if we don’t have a similar force on the right I think there’s a danger in some areas where just the rhetoric can come to look at this as just a left-wing issue.”

Steven Harris, policy director for the Ethics & Religious Liberty Commission, the public-policy arm of the Southern Baptist Convention, said evangelical churches are beginning to think about criminal justice issues holistically rather than just how it affects individual people. Issues such as the opioid crisis and protests over police brutality and bias are confronting them every day in their churches or on the news.

They are asking themselves: “What does my faith require of me at this moment?” Harris said. “How as a Christian should I be thinking about justice?”

African-American churches have been on the forefront of these discussions, but Harris said white Christians — who make up three-fourths of all evangelical Protestants — have started to consider their role, as well.

The Southern Baptist Convention, the nation’s largest Protestant denomination, has supported measures to divert more nonviolent offenders to parole or probation and to provide incentives for inmates to join education programs behind bars.

In June, the convention joined several faith groups and Prison Fellowship in signing the “Justice Declaration,” which urged Christians to support "proportional punishment," to care for crime victims and minister to prisoners’ families.

Rice-Minus hosted a small “Outrageous Justice” group herself in January, inviting friends and families she knew from her interdenominational Washington, D.C., church. Her parents in North Carolina FaceTimed into the group. The results were transformational, Rice-Minus said.

Her mother now volunteers with a group that teaches and mentors women being released from prison.