“The time has come to create some level of accountability for prosecutors.”

Jabbar Collins languished in jail for over 16 years for a murder he apparently never committed. He was only freed a few years ago when it was revealed at a post-conviction hearing that the main witness at his trial had told the prosecutor that he was pressured by police to lie about Collins’ involvement in the murder.

The prosecutor, representing the Brooklyn District Attorney’s office, never shared that information with Collins’ lawyer—an egregious violation of the law, which requires the government to inform the defense of any exculpatory evidence. At the hearing, the judge who tossed out Collins’ conviction called the conduct of the prosecutor and the DA’s office “shameful” and a “tragedy.” 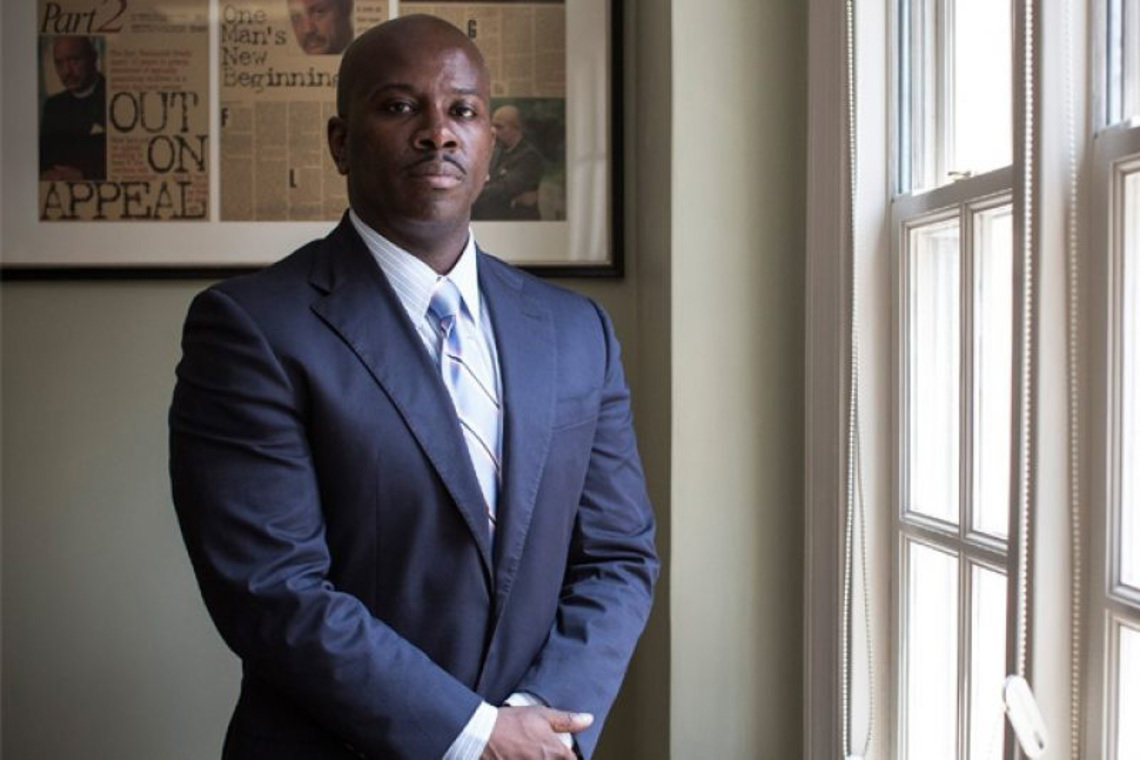 Jabbar Collins, who spent 16 years in prison for a murder he did not commit, reached a $10 million settlement with New York City.

I have been a federal district judge for the past 23 years sitting in the Brooklyn Federal Courthouse. I have sentenced murderers, rapists, gangsters, drug lords, stock cheats, and just about every other type of criminal, but they were all clearly guilty of their crimes and I was able to sleep at night knowing that they deserved to be sitting in jail—some for the rest of their lives. I do lose sleep, however, over the Collins case and the rash of wrongful convictions that are continuing to be uncovered to this date in Brooklyn.

The Collins case turned out to be the tip of the iceberg. Soon many other wrongful convictions, orchestrated by other Brooklyn prosecutors, began to surface. It became a huge scandal and a black mark against the criminal justice system in Brooklyn. It also animated a crusading civil rights lawyer named Ken Thompson to campaign against and defeat a 20-plus-year incumbent, making Thompson the first African-American district attorney in Brooklyn’s history.

When Thompson took over a few years ago, he appointed a blue-ribbon committee to investigate all the alleged wrongful convictions the DA’s office had obtained throughout the years. So far, over 20 cases have been unearthed—almost all against poor African Americans.Many others are still being investigated. The phony cases have run the gamut from prosecutors not turning over exculpatory evidence (as in Collins’ case), to using false testimony from the same supposed eye-witness in at least three unrelated cases.

After Collins was released, he brought a civil case seeking monetary damages against his prosecutor, the district attorney, and the City of New York. I was the judge who drew that case. I held that the City could be held liable for its misdeeds but I had to dismiss the case against the prosecutor and district attorney on the grounds of prosecutorial immunity. In my decision, I quoted the binding circuit court precedent I was duty-bound to follow.

According to Taylor v. Kavanagh, based upon Supreme Court law, “The falsification of evidence and the coercion of witnesses...have been held to be prosecutorial activities for which absolute immunity applies. Similarly, because a prosecutor is acting as an advocate in a judicial proceeding, the solicitation and subornation of perjured testimony, the withholding of evidence, or the introduction of illegally-seized evidence at trial does not create liability in damages.”

The law goes on to say that the rationale for this approach is “sound, for these protected activities, while deplorable, involve decisions of judgment affecting the course of a prosecution.”

I question the soundness of this rationale, however. The “solicitation and subornation of perjured testimony, the withholding of evidence, or the introduction of illegally-seized evidence at trial” are not “decisions of judgment;” they are truly “deplorable” intentional acts—the antithesis of the exercise of judgment. Professional prosecutors, charged with the awesome responsibility of faithfully applying the law to guard against innocent people being convicted of crimes they did not commit, should be held accountable for such conduct.

Because of the present status of the law, the prosecutors responsible for the wrongful convictions have neither been held criminally nor civilly responsible for their shameful conduct. Also troubling, taxpayers have had to foot the bill for millions of dollars in settlements from New York City and the State of New York, which are on the hook for the prosecutors’ misdeeds, and more are undoubtedly in the hopper. Collins settled his case for $13 million. Ron Kuby, the civil rights lawyer who represented a number of the wrongfully convicted in Brooklyn, recently told me that he believes the government has so far paid out between $300 million and $400 million.

And the problem of wrongful convictions is not endemic to Brooklyn. For example, just a few years ago Senator Ted Stevens’ conviction was overturned because of egregious behavior by two overzealous prosecutors for the Justice Department. And there have been many recently reported in other parts of the country.

It seems to me that the time has come to create some level of accountability for prosecutors.

First, the cloak of absolute immunity should judicially or legislatively be lifted. Police officers do not have it and they are held accountable in courts of law for their egregious behavior. We wisely do not give our law enforcement officers, or even the President, carte blanche to do as they please; bad prosecutors should similarly be accountable.

Second, steps can be taken by the legal establishment to punish such behavior. All prosecutors are lawyers and their licenses to practice law require them to abide by legally prescribed canons of ethics enforceable by the bar and the courts. Admirably, just a few months ago, the Indiana Supreme Court suspended the chief deputy prosecutor of LaPorte County, Indiana from the practice of law for a minimum of four years with no automatic right of reinstatement for eavesdropping on an attorney-client conversation. As in Collins’ case, the court described this conduct as “deplorable.” Other states should follow this lead.

Third, prosecutors who intentionally withhold exculpatory evidence resulting in a wrongful conviction should be prosecuted for obstruction of justice. The good ones need not be concerned, but the bad “deplorable” ones should know that there might be civil, and even criminal, consequences for misconduct.

We all hold dear to the time-honored notion that “no one is above the law.” Truly horrendous prosecutors who have put innocent people in jail should not be an exception.

Frederic Block is a federal district judge for the Eastern District of New York. In 2012 he published his memoir Disrobed, An Inside Look at the Life and Work of a Federal Trial Judge. His “reality-fiction” novel Race to Judgment was recently released based in part on the rise of Ken Thompson, the Collins case, and the wrongfully convicted.