After Parkland, Sante Fe shootings, policies meant to protect schools may lead to some misguided arrests 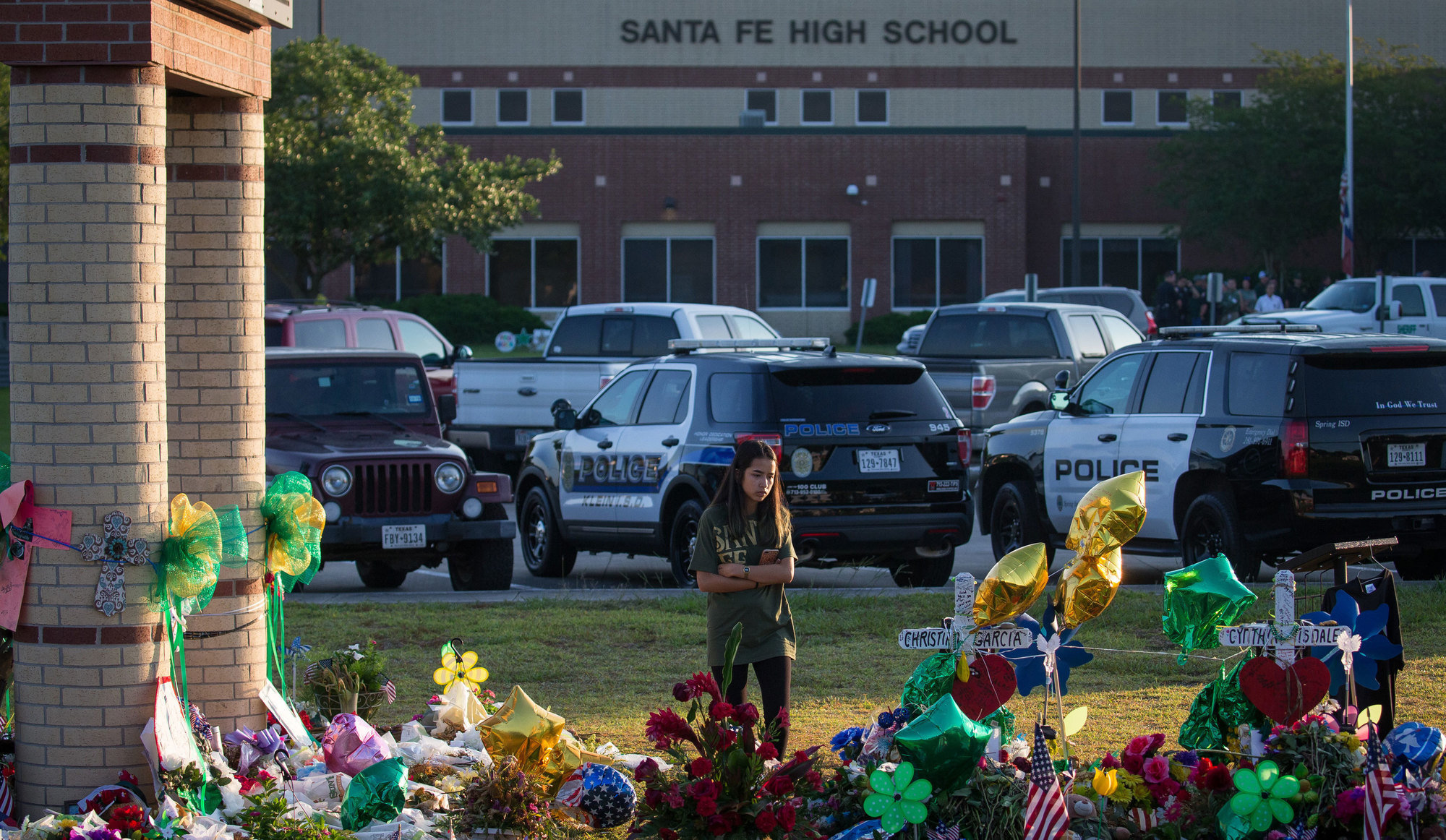 Nicolas, 12 and legally blind, was already having a rough week before he allegedly threatened to shoot up his classroom.

The fifth-grader had a bathroom mishap while in class at the Memorial Elementary School in Houston. Another student announced it to the class. That’s when Nicolas allegedly made the threat.

He was suspended immediately and referred to law enforcement on March 1. When he returned to school a few days later, he was arrested on a felony charge of making a “terroristic threat”. He spent the night at the Harris County Juvenile Detention Center.

This story was published in partnership with the Texas Observer.

Nicolas’s mother said that he was not a safety risk and that he had no access to guns. She asked that her name not be used.

“He’s not a terrorist,” she said. “Everything blew out of proportion.”

His family has filed an official complaint against the school district before a state special education hearing officer.

After school shootings around the country, and two this year in particular — Parkland, Florida, (Feb. 14) and Santa Fe, Texas (May 18) — schools are taking an increasingly harder line against students who threaten violence, including criminal referrals that advocates say can harm students and do nothing to increase school safety.

Texas Juvenile Justice Department data analyzed by The Marshall Project show that more students were charged with making terroristic threats in 2018 than any year since 2013. Not including June, there have been 1,560 referrals for terroristic threat this school year, compared with an annual average of 843 referrals in the past five school years. Another surge year was 2012, after the Sandy Hook school shooting in December.

In the first five months of 2018, there were more than twice as many referrals to police for terroristic threats than any comparable five-month period in the last six years. Referrals began rising in February, the same month that the Parkland school shooting occurred. Data also show that most referrals for terroristic threat are for juveniles ages 11 to 16.

On May 30, just under two weeks after the Sante Fe shooting, Gov. Greg Abbott released 40 recommendations in his “School and Firearm Safety Action Plan,” meant to ensure that teachers and administrators are able to remove students who pose a violent threat. Among the governor's recommendations is a proposal to expand the list of offenses for which a student may be expelled or removed from their regular classes and placed into a “disciplinary alternative educational program.”

Abbott’s office did not respond to requests for comment.

The Texas Senate Select Committee on Violence in Schools & School Security has been tasked with recommending improvements to school safety. One goal is to find strategies to identify and intercept high-risk students early. Brent Connett, Texas State Sen. Donald Huffines’s chief of staff, said, “We haven't heard anything from our constituents regarding these kinds of referrals.”

But some are worried about criminalizing vulnerable students. In a report released Tuesday, Texas Appleseed, a nonprofit justice center, said that while statewide reforms over the years have been adopted in the Texas Legislature aiming to push school districts to stop criminalizing student behavior, the uptick of juvenile arrests rolls back the clock on statewide reform. Texas Appleseed were the first to obtain the numbers from the Texas Juvenile Justice Department.

Morgan Craven, director of the School-to-Prison Pipeline Project at Texas Appleseed, will speak at a Senate committee meeting Wednesday to discuss how further criminalizing misbehavior in schools may needlessly push kids out of schools and into the criminal justice system.

“While it is certainly appropriate to have a system of consequences in place when students exhibit challenging behaviors, simply removing them from class without addressing underlying needs or teaching appropriate behavior is harmful and compromises school safety,” Craven said.

Zoe Savitsky, the deputy legal director of the Southern Poverty Law Center, is concerned about legislative responses that have been proposed in some southern states since Parkland. School safety laws that have been passed in Alabama, Louisiana and Florida, Savistsky says, are adding various kinds of threats to criminal and juvenile law.

“Given the kinds of legislative responses that have come post-Parkland, it's entirely possible that the changes we have seen between February and now is just the start, and not the end of the next trend,” Savitsky says.

John Jordan, chief of the Harris County District Attorney's Juvenile Division, said that “fear” and “hypersensitivity” among school officials and students after Parkland had led to a retrenchment of a zero-tolerance approach toward any hint of violence. “Our community was freaking out,” he said. “We wanted to send the message that schools were going to take these threats seriously, because we didn't want a situation where a threat was made and nothing was done.”

Harris County, home to Houston and the most populous county in Texas, has seen a rise in the number of students — Nicolas among them — booked for making a terroristic threat this year.

Jordan said that prior to Parkland, juveniles who threatened to do violence with guns, but who didn’t have a gun on hand, were typically charged with a misdemeanor “exhibition of firearms” charge. In the post-Parkland era, however, prosecutors are increasingly charging youth with a felony “terroristic threat.”

“If they make a threat we’re going to charge them and then obviously we can deal with each one in court differently,” says Jordan. “We just did not anticipate how many students we would have, we thought it would be a few.”

Nicolas’s mother said when he returned to school she would get calls from the principal’s office saying that he had walked out of class or that he’d been found hiding under the stairs. He would hear other kids talk about his arrest and become flustered.

“He didn't feel safe at that school anymore,” she said. He ultimately transferred to another school. The family's complaint is also pending.